Are we having a dress rehearsal for a police state? 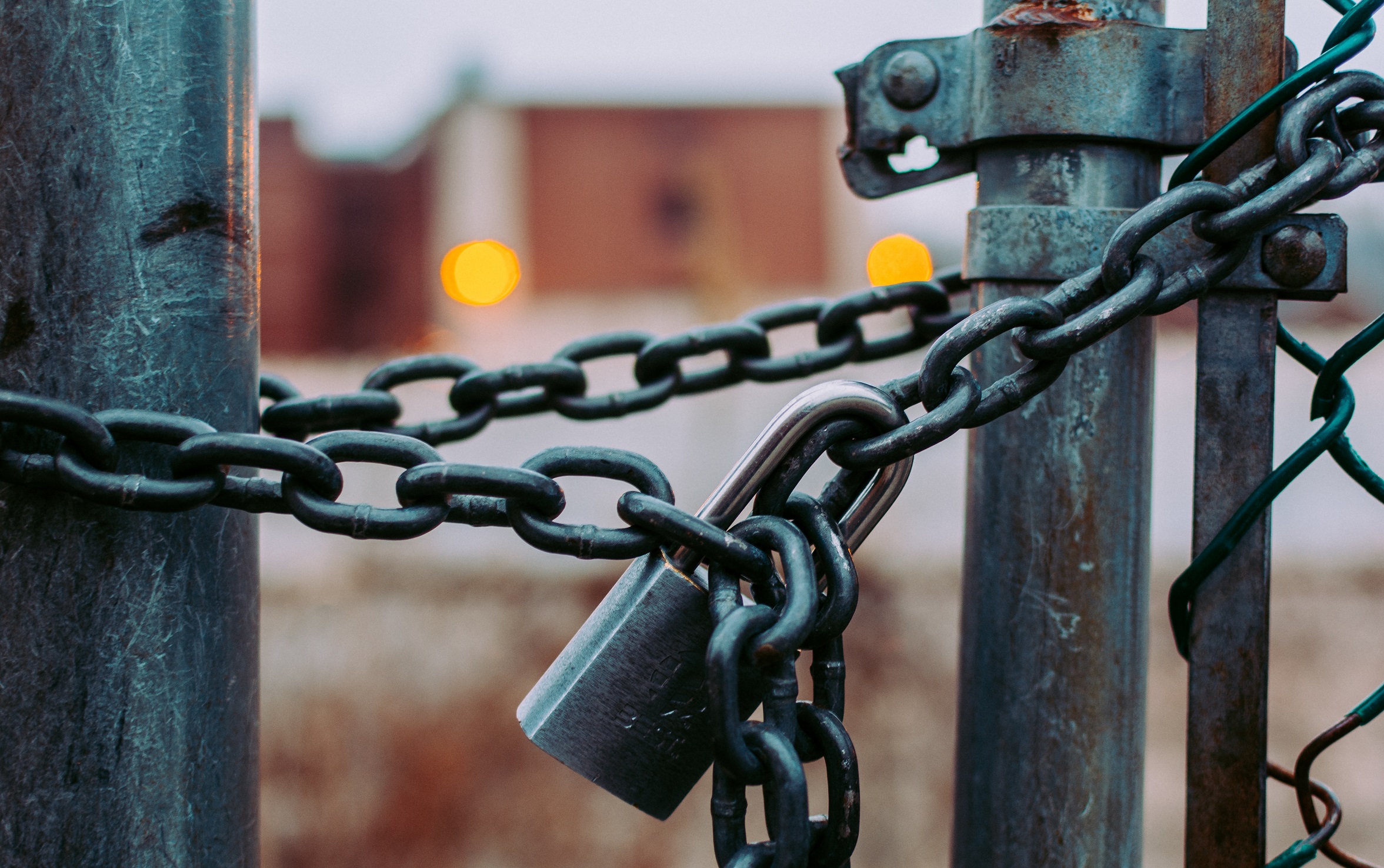 In his syndicated column, Dennis Prager claims that we are amid a dress rehearsal for a police state. He alleges that the coronavirus related rules limiting our abilities to conduct our lives as usual are Draconian. He is concerned that mass media are “supportive of the state’s messaging and deprivation of rights.” He is alarmed that “police departments throughout America have agreed to enforce these laws and edicts with what can only be described as frightening alacrity.”

Citizens who report infractions of coronavirus separation rules, according to Dennis Prager, are snitches. He compares them to the political informers for the Stasi, the secret police in the former East Germany, known for its extensive network of moles.

His name may not be recognizable among communities such as Medium readers. But he is among the top political thinkers of the right. His followers are likely among those demonstrating on the streets against the lockdown. They are among those entering the Michigan State Capitol building with rifles to persuade the lawmakers. Pundits like Dennis Prager influence about half of Americans, as well as about half of our representatives in Washington, and state and local governments.

In over one-third of the 100 recent articles by Mr. Prager, leftists or the left are mentioned pejoratively in the titles. In one of his videos, Dennis Prager defined well his attitude toward the so-called left:  “We think they’re wrong — they think we’re evil.” On Medium, I have read enough articles written by leftists to conclude that most of them can say precisely the same about Mr. Prager and others on the so-called right.

The sideline observer will notice the ideas presented by the right cannot withstand the critique of the left, and vice versa, what the left offers cannot survive the scrutiny of the right. Both of them talk only to their respective cohorts; they do not speak to each other.

For a critical bystander, it looks like they avoid direct debates because they know they cannot refute the critique of their opponents. In other words, by dismissing opponents, they inadvertently acknowledge that neither of them has the right solution to our problems.

The dichotomy between the left and the right in America is unproductive, delusional, and hypocritical. The aforementioned column by Mr. Prager is a textbook example.

We have a long history of police state rehearsals

Prohibition was a rehearsal of monumental proportions. The 100th anniversary of its implementation just passed this past January. I did not notice any mentions in media as there was nothing to celebrate. But Americans should never forget that painful lesson. It was a pinnacle of American hubris. Seeing alcoholism destroying families morally and financially, and emboldened by their newly gained wealth and power, Americans decided to employ the strengths of their government for bettering society.

To achieve this morally noble objective, all elements of a police state, as listed by Mr. Prager, had been deployed. Draconian laws were implemented, limiting personal freedoms such as having a beer after dinner. That law went against thousands of years of tradition of alcohol consumption. In the zenith of their conceit, Americans forgot that the powerful America they decided to use against alcohol drinking was built in large part by alcoholics.

Media were compliant in support of the deprivation of human rights required by Prohibition. And police were enforcing it. As a meaningful section of society still wanted to have a drink, police needed a network of confidential informants to chase a profound number of citizens involved in the criminal activities of making and distributing alcohol.

Why do we have snitches?

Would we call Mr. Prager a snitch if he reported to the police a burglary in progress that he might observe from his window? Would we call him a snitch if he informed police of a planned robbery that somehow he learned about? I do not think so. But, would we consider a snitch someone who, during Prohibition, informed police about his neighbor selling Canadian whiskey? Likely yes. Then, a tougher question: Would we consider Mr. Prager a snitch if he informed the U.S. Immigration and Customs Enforcement agency that his neighbor had an illegal immigrant as domestic help? I would say yes, but it would be interesting to hear the opinion of Mr. Prager on this matter.

Intuitively, we sense when reporting to the police is an act of civic duty and when it is snitching. When we report a crime called, in legal jargon “malum in se,” which is Latin for “evil in itself,” like theft, robbery, rape, or murder, it is a civic duty. It is a different case when the infraction is against a law considered “malum prohibitum,” which means “wrong because prohibited.”

We have many rules prohibiting particular behavior not because it is evil by itself but because we have agreed that some limitations on our freedom produce benefits that are worth it. Streetlights are the best example. We decided that stopping on red and moving on green makes intersections safer and easier to drive through. Prohibition was another example of a malum prohibitum law, where the majority agreed that elimination of alcohol abuse was worth depriving all Americans of the discretionary pleasures of social drinking.

The critical difference between the two is that with streetlights, there is perfect equality in the deprivation of freedom and precisely the same benefits for all drivers. In the case of Prohibition, many Americans, even those abusing alcohol, felt deprived of their constitutional rights to pursue happiness the way they wanted. Even those who were agreeing that people should drink less believed that it should not affect their liberty of having a few drinks on occasion. To make things worse, addicts still found a way to buy buzz illegally.

With the rules of Prohibition commonly not obeyed, all mean characters had an opportunity to snitch. Personal animosities or conflict of interest often motivated the accusations. It opened a plethora of opportunities for people with political clout to use the police for harassing people disliked by them.

It means that snitching becomes a significant problem as soon as society establishes more malum prohibitum rules, especially when these rules are not commonly accepted. When police enforce malum in se laws only, they are part of us. When they are used to enforce decrees that the majority tries to impose on all of us, they are instead “them.” Informing “them” is snitching.

The Constitution did not work as intended

The Declaration of Independence phrased the best the idealistic intentions of the Founding Fathers that the purpose of government is to secure “certain unalienable Rights, that among these are Life, Liberty, and the Pursuit of Happiness.” It means that the primary purpose of government is to protect us from crimes defined as malum in se. All other behavior should be permitted. The Constitution is more practical, giving government the powers to form “a more perfect Union, establish Justice, insure domestic Tranquility, provide for the common defence, promote the general Welfare, and secure the Blessings of Liberty to ourselves and our Posterity.”

But the elephant in the room is our immigration policy, which contains many pure police state regulations. Mr. Prager, who is a vivid supporter of our immigration law, does not want to talk about it.

The police state rules we already have

Interestingly, many of the same politicians who voted in Prohibition, in years 1917-1924, formed the core rules of our current immigration policy. The logic of our immigration law is akin to that of Prohibition in that not individual Americans, but the federal government should decide who should be allowed to come and settle here. Before the 1920s, Europeans were coming here with minimal restrictions. After trying America for a few months or years, about one-third returned to their home countries.

At the beginning of the 20th century, eugenics was popular. Just by reading the Dillingham Report, one can see that a century ago Americans perceived immigrants from Eastern and Southern Europe as coming from inferior stock.

After World War I, Americans worried that about three million Jews might immigrate to the United States from overpopulated Poland. Jews were not welcome in America because many of them did not assimilate, living in ethnic enclaves. But those who assimilated were often despised because of their successes in business and academia. As often was the case with Jews, regardless of whether they did something positive or did not, it was counted against them.

Parallel, new immigrants, at least at the start-up, were willing to work for lower wages than Americans. The combination of the above factors was sufficient to create majority support for restrictive immigration policy, finalized in 1924. For the first 25 years, enforcement of this policy was simple. The Great Depression of 1929 made America not a desirable destination.

With the economic growth after World War II, America needed more immigrants. Illegal immigration filled the needs of our growing economy. But, persistently, Americans have lacked the wisdom and courage to abandon the very concept of our immigration policy.

Similarly, as it was in the case of Prohibition, even Americans generally supporting restrictive immigration do not see a big issue with them employing an illegal immigrant when it fits their needs. To correct that common disobeying of the law, legislators gave the government more policing powers.
In 1986 for the first time in the history of the United States, it became illegal to hire a foreigner without permission from the federal government. When this did not produce a satisfactory result, the government received surveillance powers in the form of E-Verify, a typical tool of a police state.

I am aware of a restaurant manager firing a bartender caught stealing cash. In retaliation, the bartender informed authorities that one of the helpers in the kitchen was an illegal immigrant. The manager pretended not to know that because that immigrant put a lot of devotion into performing mundane tasks that usually no one wanted to do. The manager lost their job; the immigrant was detained. This is how snitching works in a police state. We already have it, in large part, thanks to the moral support from people such as Dennis Prager.

In this light, Mr. Prager does not sound very convincing as the defender of our liberties threatened by the restrictions imposed on us due to COVID-19.

Henryk A. Kowalczyk An engineer by training, an argumentative writer by calling, and an entrepreneur by necessity. In my youth, I was among those Polish political writers who paved the road to the peaceful system transformation that took place in 1989. Since 1985, I have lived in the Chicago area. Working in the service business, I have experienced an America not known to most politicians and political writers. I have built from zero a few successful businesses, both in Poland and in the United States. I write whenever I see that the prevailing voices in the political arena are misleading or erroneous. I write to tell it like it is.
« On Privacy by Design
How could algorithms put individuals and communities in harm’s way? »