The American Power Grid is Vulnerable 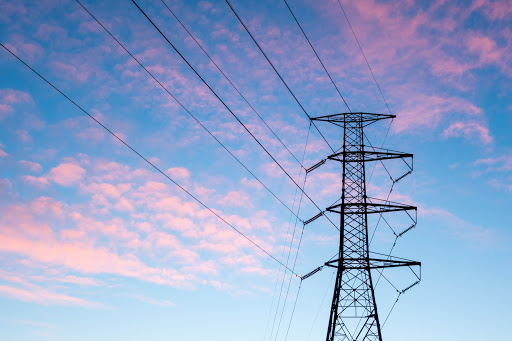 And That’s Dangerous for National Security

The US bulk power system, which provides electricity and supports national defense, vital emergency services, and critical infrastructure, could be damaged by enemies of the state. President Trump recently signed an executive order to shield the United States national power grid on the premise that the grid is exploitable by foreign and domestic adversaries.

What makes the United States energy infrastructure so unstable and at-risk? Today the US is easily positioned to be energy independent thanks in no small part to the rapid expansion of the domestic natural gas industry. But on the flip side, there remains a desperate need for reinvestment in the US electricity grid. America’s power grid is insane. For one, the country maintains three power grids shared between 328 million people. These are the Western and Eastern Interconnections — which are roughly separated along the western Continental Divide — and the Texas Interconnection. If there is a failure in one section of the power grid, electricity from other areas of that interconnection, such as the western grid, will be shifted to areas that no longer have power. Essentially, it’s a weak failsafe because if areas within an interconnection fail, there may not be enough energy to keep the lights on in vast and crucial sections of the country. 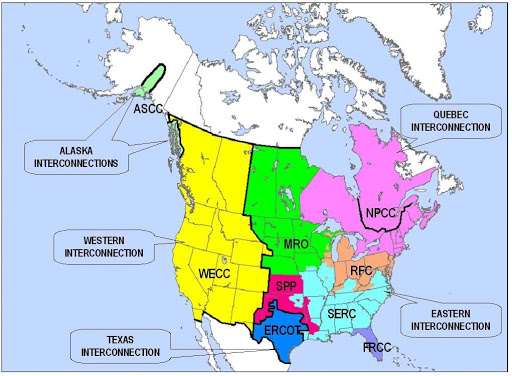 Consider the East Coast with its major metropolitan areas such as Chicago, St. Louis, and New Orleans, where the national power grid is dangerously reliant on all of these places beating to the same drum. The Federal Energy Regulatory Commission oversees a national mix of separate power markets, and while energy is bought and sold between individual states and municipalities, they’re all interconnected in terms of reliability and reliance on one another. Without a more diversified failsafe mechanism, a major outage in any part of the country can easily cause a cascading failure of the US electrical grid. It would not only be a punch to the jugular of the domestic economy, but it would also expose the country to dangerous attacks from enemies of the state.

Warnings from recent US history

In 2003, a majority of the Northeastern part of the US experienced one of the largest power outages in US history as a result of load transfer overwhelming nearby transmission lines when some high-voltage power lines came into contact with “overgrown trees”, ultimately shutting down over 100 power plants. A software bug was also in part responsible for this. The cascading effect of what was at first an isolated incident and ultimately shut down a huge chunk of the country’s grid and affecting more than 55 million residents is telling — The US power grid is far too reliant on ubiquitous grid stability across an enormous scale.

People may be more familiar with the 2019 blackouts in Northern California, when Pacific Gas & Electric (PG&E) shut off power for more than 700,000 homes and businesses. This was to prevent the spread of forest fires, but because of a communication failure on the part of the company, mass confusion ensued. Plenty of people voiced their opinions on how ridiculous it is that most of Northern California’s power grid is shut down with little warning and poor communication with residents on the hunch that there may be ugly weather conditions.

The more specific purpose of Trump’s executive order is to prevent future cyber attacks against the grid, and the fact that the order was even made strongly suggests the government expects (several) attacks on the power grid in the future. Further, military bases are equipped with backup generators and standalone power grids, so the purpose of an attack on the grid would likely not be to shut down the country’s military defenses. If anything, the intent of an attack would be to target and damage strategic infrastructure or provide enough cover to extract sensitive information from a database, or to cause widespread economic and social instability. Let’s explore alternatives.

The US (and everyone else) can benefit from a grid upgrade.

A huge amount of energy is lost in the process of transferring electricity from the point of collection to the end-user, therefore in many cases, both conventional and alternative forms of energy may produce adequate energy but are heavily weakened by outdated and inefficient infrastructure. Whether we are speaking of solar, wind or hydro, it’s often difficult to deliver power reliably and profitably (if unregulated) to major metropolitan areas. So what must leaders do?

The main solution for power generation and grid systems the world over is a decentralization of energy infrastructure. Many people believe the infrastructure issue can be solved through a New Deal, top-down solution, but that may not be the best approach. Municipalities should be allowed to make decisions on their own. Turning to Canada, Quebec has built out impressive hydroelectric capacity and are able to export that to other regions. Similarly, certain parts of Texas and Arizona would benefit from an expansion of wind and solar power (unlike Quebec, which is a very wet region of the world, Arizona enjoys a large surface area of regular, direct sunlight), while South Dakota could improve hydroelectric capacity. Many areas of the US (and the Earth) are also theoretically able to become self-reliant with renewable energy, but in some cases renewables-based energy plants are five times the cost of already-existing energy plants. Renewable energy is ingenious and lucrative, but only on a case-by-case basis and in line with technological advancements.

The point is not that the world should convert to renewables, but rather that currently centralized grids already prioritize a highly national, Cold War-era topography that doesn’t account for individual geographies’ relative strengths and weaknesses in terms of how they might best manage their own grids. This in turn stamps out any inter-state competition in the energy market, which has been shown to depress costs via competition.

Through a massive effort, municipalities that build their energy capacity to the level of self-sufficiency, they can then export the excess into the wider market through an interconnected, more decentralized power grid. This would be a more resilient and robust system than the one we have today in the US. Rather than a power failure in Los Angeles or Las Vegas causing a collapse of the entire Western Interconnection, the new and improved system may direct excess power from Denver, Seattle, and parts of Montana (where power usage compared to potential power generation may lead to an impressive surplus) to areas where power is needed most.

Beyond the US Power Grid

The United States isn’t alone in this need for a power grid overhaul using the process of decentralization. The vast majority of other major nations face similar issues: a recent analysis of Russia’s power grid demonstrates that the Bear is as vulnerable to a cascading power grid failure as its old Cold War rival. Russia is perhaps even more vulnerable due to its vast swaths of land with major population centers often separated by thousands of kilometers, as is the case with Yakutsk, Surgut, and Irkutsk. The other end of this problem’s spectrum contains India, with densely populated territories that demand intense levels of energy to function as a modern state. The 2012 Indian grid blackout left 700 million people without power, some for weeks at a time, while the grid was slowly brought back online and the points of failure analyzed. China as well is susceptible to periodic blackouts as their grids disproportionately favors metropolitan areas and are often running at near-critical capacity.

In the context of the United States, we cannot yet verify exactly what “shielding the nation’s power grid” will look like, but it is at least an open acknowledgement from the US that the North America power transmission grid is in dire need of an upgrade.

Bradley Stone Bradley Stone is a content management specialist and professional writer with a focus on building the presence of clients online. Previously a teacher in Thailand and online, he has recently shifted focus toward collaboration with influencers and academics primarily in the fintech and economics fields. Bradley is currently a writer and content manager with Alpha Trades, LLC. He has lived and traveled extensively throughout Asia, North and South America, balancing his thirst for adventure with a keen interest in emerging economic and social trends. Bradley holds a Bachelor’s degree from Appalachian State University. He can be reached at [email protected]

Ray Buckton Ray Buckton is an investor and financial services industry professional with a focus on emerging fintech and digital asset management. His primary interest is emerging financial technologies and their potential applications. He also builds and delivers educational material for fintech ranging from intro-level courses to C-suite overviews and consultation. When not spending time with his wife and daughter, Ray bridges the existing financial industry and cutting edge tech stacks using articles, courses, and individual consultations.
« The 8 Lessons Learned From COVID-19, But They Won’t Last
State-Run Insurance for all or across the State lines Private Healthcare coverage: Economics, Politics & Social mix-up »

One Reply to “The American Power Grid is Vulnerable”