Upskilling the American Labor Force During a Time of Duress

Give a man a fish and he’ll eat for a day. Teach a man to fish and you’ll feed him for a lifetime.

I graduated in May, having turned a return offer at a bank to graze new pastures. All interviews and typical recruiting for new graduates came to an abrupt halt once the lockdown began. My friends in consulting saw their start dates pushed back to November, and in some cases, January of next year. I fretted. To take my mind off of the harrowing process, I participated in nontechnical online hackathons, enrolled myself in an online machine learning course to further build out my data analysis skills, and started volunteering with a startup to learn more about the process of bringing a software idea to market.

I recently accepted a job with an exciting startup but I remember how stressed I had been only weeks prior. With the backdrop of a pandemic and having graduated without full-time employment secured, my mind cruelly entertained itself with the worst slippery slope scenarios. Looking at the rising cases on the news and the sheer number of Americans accepting stimulus checks in place of paychecks had left me disheartened. I remember during a phone call with my uncle, he casually mentioned not to worry about those rates as they applied mostly to unskilled labor which was not in demand. When speaking with friends working in tech, I would be shocked to hear how insulated they were from the plight of those finding themselves let go. As one put it, “I don’t think I know a single person whose employment was affected by this other than moving to remote work.”

As I continued to apply to jobs and reach out to prospective employers, I noticed that many tech and financial firms were thriving, and hiring during the chaos. While restaurants, airlines, retail, in-person entertainment and many other industries were suffering, others were booming. Healthcare, ed-tech, online media and entertainment, online advertising, investment banking were doing well. There is opportunity in chaos. One simply needs to know where to look. Many of the sectors which saw increased innovation, growth, or demand were those which require specialized skills, particularly technical skills, exacerbating an already existing divide among the workforce. 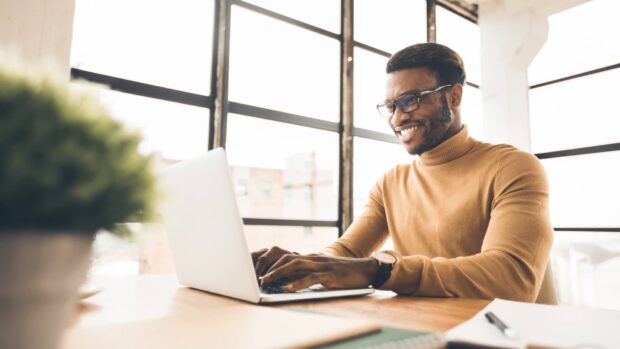 To support those whose livelihoods had been disrupted, the Federal government passed a record stimulus package directly placing cash in the hands of American families. This has softened the blow to the economy, though in reality, it’s akin to feeding a man a fish. Once you’ve helped with the immediate need for fish, it’s critical to teach the man how to fish on his own lest he become reliant on the person who gave him the fish for more. Why was the man seeking fish in the first place? Let’s assume it was because the big game had disappeared from the forest and fish was the only source of protein left.

Do you see where I’m going with this?

The big game represents other sources of cash, specifically old jobs which are going to disappear soon or down the line due to structural economic shifts. Words like ‘code’, ‘artificial intelligence’, ‘data science’, ‘SaaS’ and other technical lexicon get thrown around all the time. There is a reason for this. Jobs are heading the direction of skilled, technical roles. These are the methods of catching fish which can be taught. Google, Amazon, Udacity, Coursera and many others have stepped up by offering low-cost or free resources for students and the unemployed to develop the relevant skills to get back in the marketplace. The Federal government should also consider how it can play a part in upskilling the American workforce. This isn’t going to fix the recession or prove to be a short term solution. Instead, it will act as a long term productivity boost to the American economy, making way for new industries and accelerating economic growth.

There are two fundamental functions of business: building and selling. All other roles stem off of those responsibilities. Neither function is the same in any two industries. There are many ways to build and just as many ways to sell. Developing a dynamic workforce involves imparting those two fundamental skills within job-seekers. Building could involve any sort of product which can find its way to a happy customer: furniture, websites, mobile applications, food, shelter etc. Selling involves: marketing, sales, customer retention— I follow the penny saved is a penny earned philosophy—, advertising etc.

Currently, unemployment benefits in the United States are distributed on the condition that individuals receiving them should be out looking for work. This is a short term solution to a long term problem. Providing an incentive to develop more robust and in-demand skills might prove more useful in the long run. One way this can be implemented is by providing benefits without any proof of employment search for a fixed period of time, instead opting for proof of upskilling via online courses, in-person classes, or other forms of relevant skill or business development. Singapore’s Skillsfuture program which subsidizes skill development for Singaporeans across different career areas is an example of an effort to upskill a national workforce. Similarly, the United States can encourage low-skilled or unskilled unemployed folks to take some time to develop directly relevant skills for the jobs which will allow them to break out of poverty. Many online resources are available for free or at subsidized rates online. Employers are seeking workers. The primary concern for those working 2 or 3 low-paying jobs to make ends meet is time. For those unable to procure a job or who have given up on the prospect of getting one, a program emphasizing personal and professional development as a prerequisite to receive aid provides the right incentives and is easier to enforce than one requiring people to seek employment right away. Behavioral economists studying factors preventing poor rural villagers in parts of India and Kenya from saving enough to escape poverty have found that mental accounting, salience, and cognitive load prevent poor people from enjoying the compounding effects of saving and investing capital. These issues are overcome through commitment devices such as health pots, community pools and other savvy techniques. Similarly, the temporary and long term unemployed are often unable to make long-term optimal decisions as they are mentally trapped by the present survival mindset.

Tens of millions of Americans cannot be shoehorned into software engineering and data science roles. However, with the availability of resources and better incentives, they can pick up one of many important skills to build a brighter future. If teaching one man how to fish will keep him fed, teaching millions will uplift an entire country.

Let’s get out the rods and bait.

How Do I Make Money? HealthTech Startup And Business…

How to get the latest commodity pricing in Google…