Meet Neuralink, Elon Musk’s new baby. A tiny, brain implant that communicates brain waves in real-time to your phone. This is it for now. The intention is that this data will be sent to the cloud for analysis and machine learning processes. The result of the analysis would then influence the brain and solve malfunctions in neurons, like blindness or paralysis.

Sounds like a Black Mirror movie? Yes, it is. Only this one is alive and kicking.

During the last week of August 2020, the company had its first live demo, revealing its development. Musk showed 3 pigs: 1 which had an implant and it was removed a few months ago, another with an active implant, and a third with several active implants simultaneously.

“Cloud Powered Artificial Intelligence Influencing My Brain? Not Yet…”. Me, today…

Solving the electrical issues in the brain is a great cause. Many people would probably agree to give their brain data if they would know it will solve these issues for them.

But. This means that a device would influence our brain waves due to decisions given to it from a cloud-powered AI and machine learning. Yes, other technologies already operate in a similar manner, and the autonomous vehicle industry goes there as well. But the human brain is not a vehicle.

When Would Testing Implants be Acceptable?

I have always said that I am ready to experiment implants, as long as they are proven to be healthy for the host body of course. But the brain is a step too far for now. And a connected device is a second step too far.

The first implants we should experiment with are disconnected devices, controllable and detachable. Stuff like Exoskeleton to strengthen the body, or robotic prosthetic limbs (hands, legs).

I think that any enhanced human (a human with mechanical implants) needs the ability to remove any of their implants immediately and independently. We also need a guarantee that by doing so, the device is no longer influencing the body.

“Implants will become socially acceptable, when the enhanced human could remove it immediately and independently”

Why Elon Musk Did the Press Conference?

Musk is far from stupid. And he is a marketing Wiz. He knows what he is doing. The technology Neuralink presented is not even close to the vision it speaks of.

But the reason he shares this development is not even to get more investors or funding. It is made in order to get the social discussion going. Since this is the biggest barrier to that technology, as you can probably understand from my writing. But in a way, the fact that I am writing this article actually supports the intent of Elon Musk, and brings the future of enhanced humans or androids one step closer.

The Future or The End? It’s for us to decide

If it wasn’t Elon behind this, I might have considered becoming a beta tester. It is not the device itself; it is him who gives me the creeps. I cannot manage to believe him, that he is doing this from the good reasons that he speaks of. But this is something personal, and I do wish that I will discover I am wrong.

“We exceed the FDA requirements with this device”, he says. And that is another reason that makes me scared. The FDA and other regulatory facilities are not ready for these types of technologies. They are moving slower than the developers.

The future is still configurable and under our control. Regulators are not ready, and government facilities are too slow to respond. The only thing that will block new technologies is customers. If you are not feeling confident 100% that a certain product will be good for you, and you are not offered a way back -> don’t do it.

Will robots, bionic people, and androids live with us soon? Its for us to decide. 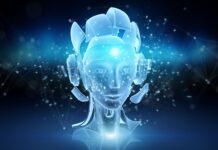 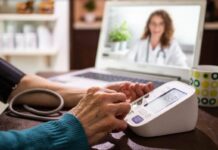 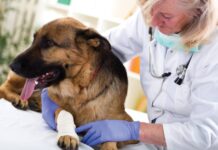