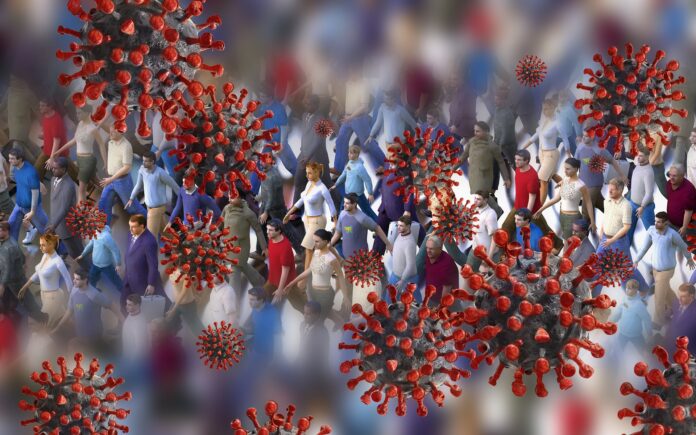 Americans should never learn the lesson that Annie Lowrey advocates for in her article titled “The Lesson Americans Never Learn,” recently published in The Atlantic. Ms. Lowrey compassionately looks at the challenges that we all face during the pandemic. She notes with indignation that Americans are left to their own resources, whereas “in functioning high-income countries, the government guarantees the provision of essential goods and services.” Yet, she does not give us the names of these countries.

That complaining about everything is the leitmotif of the article. But, when the author touches details, the reader can raise questions.

Let us start with the role of the government. The core provision of the American political system is in broad competences of the local governments. That system intended that in most of their interactions with government agencies, Americans would be dealing with local authorities. Officials would be members of the community. In that way, their actions would be transparent; elected by their neighbors, they could be swiftly voted out of office. The most significant value of the American political system is that, from its inception, the government should be “us” rather than “them” as it was and still is in most places around the world. Ms. Lowrey writes as though she never heard of this concept. For her, our government is “them.” She does not want to carry any personal responsibility for the state of affairs in our country; she demands that “the government guarantees the provision of essential goods and services.”

Complaining about the lack of action by government, Ms. Lowrey does not specify whether she writes about the federal, state, or local governments. She sounds like a notorious malcontent, leaving us under the impression that all government agencies in the whole Unites States have failed us. I know that it is not true because the actions of the government of my village of Bolingbrook, Illinois, have my full support as well as most of the other residents. I bet that across the United States, during the pandemic, there are many cities and states where local governments did the best they could under the circumstances. Or at least this is the opinion of the residents there.

During the pandemic, we face many choices where none of them is good. Sweden decided to go with minimal restrictions, betting on developing herd immunity. Most other countries imposed major lockdowns to flatten the curve. Six months later, we still do not know which one is better. Most likely, the lockdown was the best decision to slow down exponential infections in highly populated New York. The Swedish approach might work better in rural areas. Full of lofty indignation, Ms. Lowrey is above these kinds of details. Complaining, she does not lower herself to share with us her ideas on what and how we could do better.

The reasoning in the aforementioned article assumes as given that it is the government’s responsibility for buses arriving on time, for people having safety nets, for crayons and paper in schools, for helping people with “income when a recession hits, and help businesses struggling through no fault of their own.” It appears that Annie Lowrey and The Atlantic editors who published her lamentations never heard about the fundamental principles of the American political system, that societies prosper when individuals have liberties to pursue their personal goals. For Ms. Lowrey, it is clear that society cannot function without overwhelming government. Seeing that during the pandemic, Americans need to show some ingenuity in dealing with otherwise mundane tasks, Ms. Lowrey moans that “no amount of private initiative or donor generosity can or will ever do what the government can.” History proves her wrong; the United States built its wealth and power in the 19th century by Americans acting spontaneously, not by the government showering them with goods and services.

The strength of America comes from what Americans do, not from what the government does. At least this is how America became great the first time around. If The Atlantic authors and editors believe that what worked two centuries ago does not apply today, they should clearly state that the fundamental constitutional provisions of the United States should be revised. It would be a legitimate point of view in our discussions about the problems that we face. But it would mean advocating for the end of America as we know it. Presently, by the publication of articles such as this one by Annie Lowrey, The Atlantic editors question the fundamental principles of the American political system without stating it outright.

One can explain the disappointments of Ms. Lowrey from the perspective of a supporter of the 16th Amendment, which in 1913 established the federal income tax. At that time, Americans realized how rich the country had become. Still, most lived in poverty, and the inequalities became more striking. It was natural to think about expediting the social and economic advancement of the most disadvantaged. The federal government received that job, and thanks to the 16th Amendment, the money to do it.

Gradually, the federal government obtained the powers that, according to constitutional fundamentalists, it never should have. At the inception of the republic, when seeing a problem, Americans sought how to resolve it themselves. Now, as a first instinct, they ask the government to do it for them. During the first 150 years of the United States, Americans competed among themselves to create more wealth, which was limitless. Now, with the increased role of the federal government, as well as many local authorities, Americans seek wealth by competing for government-distributed money or favors, more than ever before. Those are limited.

The powers of government should be in securing that individuals have the freedom to unleash their ingenuity, not in acting as a substitute for it, as the article in The Atlantic suggests. In challenging times such as during COVID-19, the government should take a leadership role in coordinating the resourcefulness of individuals and local communities, not replacing them.

The increased powers of the governments, on all levels, shifted the dynamics of American society.  The ingenuity of Americans is not the same as it was a century ago. Having at their disposal enormous resources, American politicians lavishly spend them. For someone expecting that the government would use its almost endless resources wisely, all the mischief in handling COVID-19 can be frustrating. We can see this in Ms. Lowrey’s article. We cannot find there her thoughts about how efficient even the best administration can be in redistributing wealth.

Checking other writings by Ms. Lowrey, I realize that she may dismiss my critique as a voice of Facts Man. If Ms. Lowrey and the editors in The Atlantic want to keep their current one-sided propaganda-style political writing, I understand; it is the ongoing standard in media now. But it is sad as it is the cause of all the problems we have. But if people at The Atlantic want to engage in the meaningful conversation about the issues we face, we can start it right here, right now. They will not need to attack an abstract Facts Man. They can have the man criticizing their point of view, and they can tell readers why he is wrong. Then, let readers decide. What is wrong with this concept? 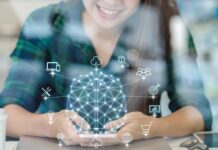 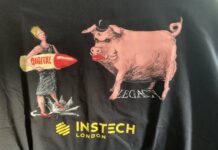 Are You Putting Digital Lipstick on Your Legacy Pig? 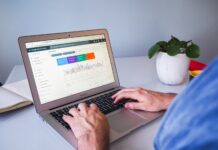 Effective SEO Tells Everyone How Well You Connect With People