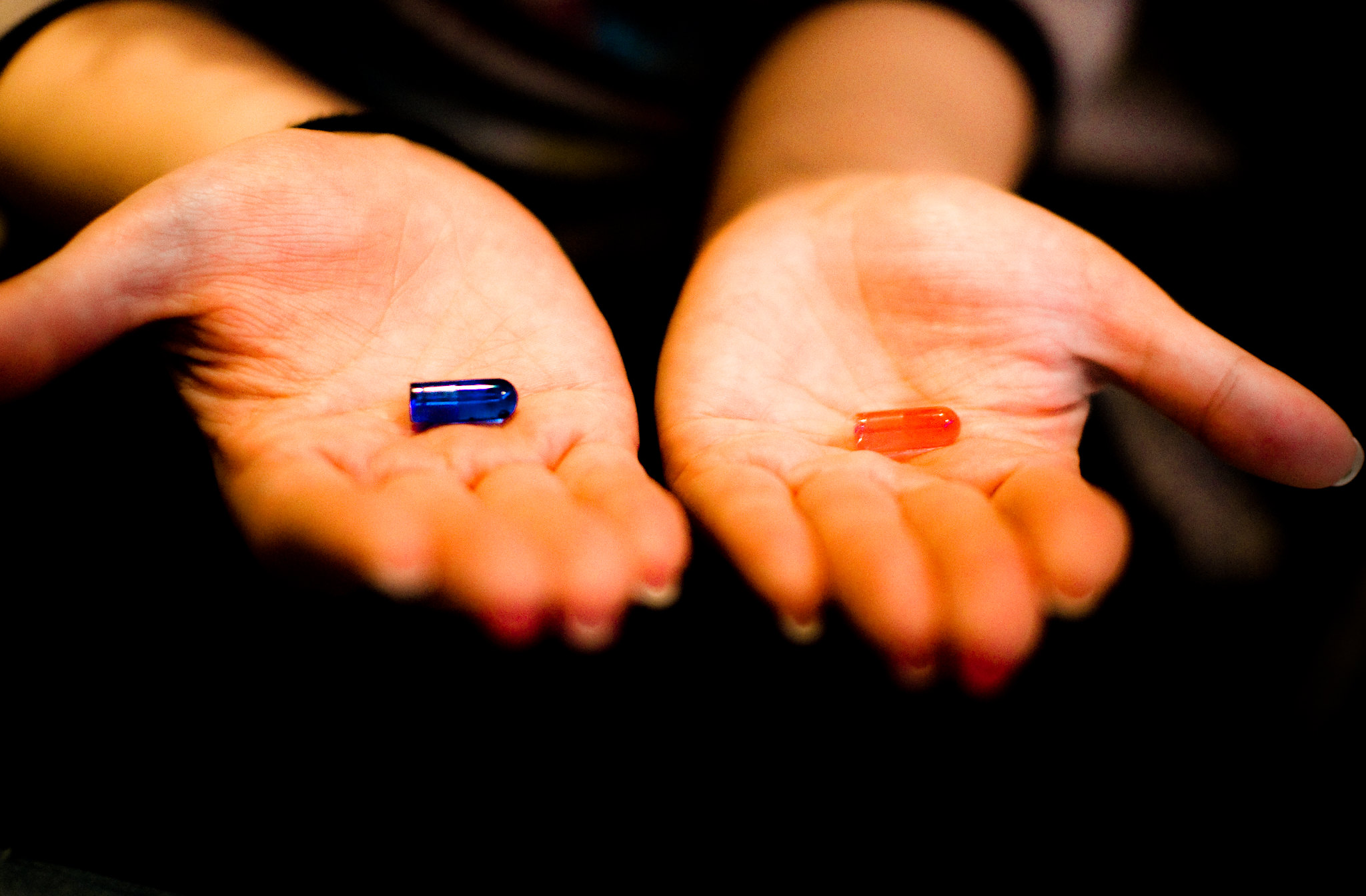 Have an investor wanting to do a SPV? Wondering what is all this talk of SPACs? This post is focused on entrepreneurs looking to learn more.

1) Special Purpose Vehicle (SPV) — Also sometimes called Special Purpose Entity and basically a way to isolate financial risk. A SPV could include investment from any combination of individuals and companies, and has a separate legal status from all of them. For example if an investor in the SPV goes bankrupt the SPV still maintains its obligations. If a SPV includes financing from a government then same deal, the obligations are maintained even if there is a change of administration.

In startup world oftentimes a SPV is led by an investor putting many other investors under the same umbrella, usually charging something to let them into the deal. There is much less consensus around these fees than other norms concerning entrepreneurship, with the VC model of 2% management fee and 20% carry being the closest thing to a standard. There is also a significant variance in price to set up a SPV — almost any law firm can set it up with rates varying on complexity and alternatives like AngelList have made them especially affordable.

If an investor is doing a SPV basically to aggregate more cash then entrepreneurs should have little reason to worry. There is always the question of just taking a larger investment from a larger fund but you as an entrepreneur may be valuing the investor leading the SPV and/or access to the many networks the SPV creates. But if the SPV has other conditions to it then make sure to understand them. For instance, Enron famously placed much of employee stock in SPVs, which was then used to hedge assets on the company’s balance sheet. When Enron couldn’t pay huge sums it owed to creditors and investors, the SPVs got triggered also causing a financial collapse.

2) Special Purpose Acquisition Company (SPAC) — Also popularly called “blank check companies” and a way to raise money for a specific M&A. A SPAC is an entity with no commercial operations formed strictly to raise funds through an IPO to then acquire an existing company. For those who follow the financial world, it’s quite similar to a leveraged buyout (LBO) except you are not borrowing money but instead raising it in a public market.

SPACs have been rare but becoming more popular in recent years, especially in 2020, as the absolute numbers below show: 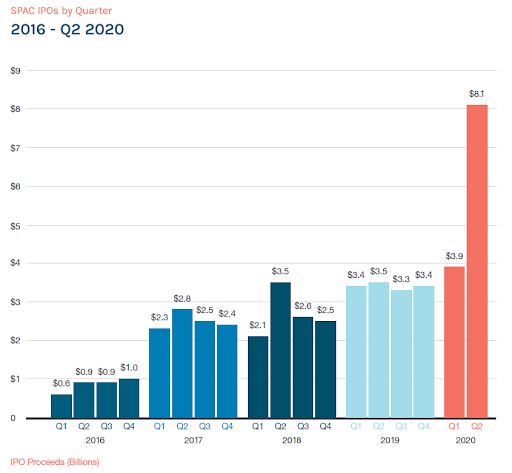 Another way to look at the growth of SPACs is that their relative percentage has also grown, reaching almost 1/3 of IPO capital by Q2 2020: 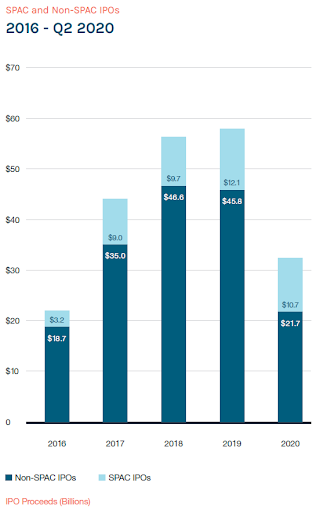 SPAC is increasingly becoming a game of big numbers. Bill Ackman from Pershing Holdings raised $4B in July which was until then the largest SPAC ever. But the poster child is arguably Chamath Palihapitiya through Social Capital Hedosophia Holdings, who did $800M for Virgin in 2019, $4.8B for Opendoor in August and $3.7B for Clover Health in October. What is the relevance for startup world? It’s an alternative — instead of starting a company you raise money to buy one and then grow it further. Or if you are thinking of an IPO in the current reality (certainly the most chaotic in the US since 2008-09) then SPACs should very much be on your list.

Amit Garg I have been in Silicon Valley for 20 years -- at Samsung NEXT Ventures, running my own startup (as of May 2019 a series D that has raised $120M and valued at $450M), at Norwest Ventures, and doing product and analytics at Google. My academic training is BS in computer science and MS in biomedical informatics, both from Stanford, and MBA from Harvard. I speak natively 3 languages, live carbon-neutral, am a 70.3 Ironman finisher, and have built a hospital in rural India serving 100,000 people.
« Special benefits are the decider for workers’ happiness
Alternative Investments – Their Role in the Post Pandemic Landscape »