Personhood for Robots Will Destroy the Economy and Jobs or Will It? 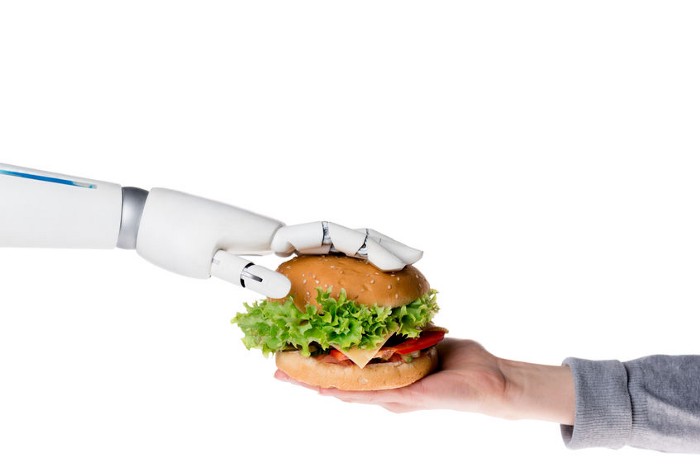 Robots won’t be tax-paying, and they will eliminate jobs and create a great need for re-training out-of-work humans. Who will train the humans?

Automation is no longer just a problem for those working in manufacturing. Physical labor was replaced by robots; mental labor is going to be replaced by AI and software. — Andrew Yang

Once the Supreme Court moved to provide a corporation with “personhood” in the Citizens United case, the doorway for algorithms and their robots was wide open for new law interpretations. Flesh and blood were no longer a requirement for protection under the law. The questions are beginning to be asked and they are extraordinary; can algorithms own property, possess wealth, or make “wills?”

Now, corporations received protection as though they were human and it was only a matter of time before the law would be challenged and changed again.

The notion of a “legal entity,” which means humans or an organization having extensive rights under the law, is entering a new phase; taxation. Not simply taxation would be affected because taxes are the lynchpin of any economy. If taxes are curtailed to a great extent, how would a government run? If most of the economy were in the hands of these non-human legal entities, where would the funds come from to provide the government’s continuity?

The next industrial revolution will prove to be more difficult in terms of legislation to protect governments and ensure the health and welfare of its human inhabitants.

Are Robots Free From Paying Taxes?

The question that arises now is whether or not robots should pay taxes, and what is the tax policy in this age of automation? As two researchers outline, the automation revolution is already underway, and we can expect even more mechanization as technologies advance.

Along with these advances will come increases in the use of automation in robotics and the decreased use of human labor. Businesses will realize gains in cost-reduction while eliminating many of the costs associated with maintaining a human workforce. How far will these technologies advance, and what inroads will be made into the lives of workers who had performed the tasks now turned over to robots?

The researchers point out:

Automation has the potential to create widespread benefits. Not only will automation increase productivity, it will also improve safety and lead to new scientific breakthroughs. But without oversight, automation will also exacerbate unemployment and economic inequality. Even if workers rendered technologically unemployed are able to transition to new jobs as has been the case during previous errors of rapid change, there will still be significant short-term disruptions.

If the need for retraining is established by this change in our business models, who will pay for it, and how will the workers support themselves? Obviously, new services will need to be created. Are we looking at a New Deal?

A Stanford University study explored how the COVID-19 pandemic had disrupted the current work model. While half of the workforce was able to take their work home because of their job titles, the other half weren’t afforded this choice; their work was in the office’s building.

Even this work-from-home workforce has had to face unexpected problems. Not all workers have sufficient access to internet services fast enough to supply them with needed videoconferencing when required. Then, too, there’s the question of space in the home and the presence of family.

Workers in retail, healthcare, transportation, and business services must, of necessity, interact with their customers or equipment on-the-job. They couldn’t work from home and, with the move of large numbers of workers from the city to the suburbs, fewer customers/patients came in for service.

According to Stanford economist Nicholas Bloom, these and other seen and unseen problems are presenting many challenges.

Taken together, this is generating a time bomb for inequality. Our results show that more educated, higher-earning employees are far more likely to work from home — so they are continuing to get paid, develop their skills and advance their careers. At the same time, those unable to work from home — either because of the nature of their jobs, or because they lack suitable space or internet connections — are being left behind. They face bleak prospects if their skills and work experience erode during an extended shutdown and beyond

As to the post-COVID-19 era, he predicts, “results seem to bear this out: employees reported a 25 percent drop in demand to work in high-rise offices in 2021, presumably after COVID.” The workers didn’t want to go back to the office. And in this new work world, the big cities will suffer the most in terms of personnel not wishing to return but to remain in suburban locations. Therein lies a blow to the city’s economy unless a hybrid work model is adopted.

The Question of Tax and Robots Is Still Present

Wages are taxed to pay for social welfare programs, healthcare, Medicare, Medicaid, and Social Security. But robots carry none of these social costs and are taxed as business equipment and amortized over a period of time, providing a tax benefit to the corporation. Their maintenance and parts replacement are also written off as tax benefits.

Accelerated depreciation of robots permits the firm to take a large portion of the deduction in year one rather than stretch out that deduction over the robot’s seven-year-life. For a worker, that does not exist. Only a portion of the tax is taken each year.

Bill Gates has indicated he favors taxing robots to maintain work for humans, but others see this as an impediment to technology. As Gates has said, “If a human worker does $50,000 of work in a factory, that income is taxed,” he said in an interview.

“If a robot comes in to do the same thing, you’d think we’d tax the robot at a similar level.”

If the tax incentive is removed, why spend money to create new machines/robots; they might be taxed at a potentially higher rate than the current workers.

Workers are already being displaced, and the new jobs that were promised are not appearing as we once thought they would.

The New Wave of Work

The forces for and not-exactly-against technology are left to wonder what will happen to work to solve this inordinate problem.

The task is not a change in taxation, perhaps, but a change in seeing how change takes place as it did during the Industrial Revolution. New tasks are created that require new skills and knowledge, and that is where the future promise of employment in technology may lie.

Such new tasks generate not only a positive productivity effect, but also a reinstatement effect — they reinstate labor into a broader range of tasks and thus change the task content of production in favor of labor.

The need now is for creative thinking beyond robotics and workers’ displacement to their discontent and unemployment. Creating a new underclass is not the answer.

Patricia Farrell Patricia Farrell is a licensed clinical psychologist in New Jersey and Florida in the United States, a published author, former psychiatric researcher, educator and consultant to WebMD. She specializes in stress and medical illness and has been in the field for over 30 years. Prior to becoming a psychologist, Dr. Farrell held a number of editorial positions in trade magazine publishing and newspaper syndication. Her interests include photography, computers and writing both fiction and non-fiction.
« Which Country is Number One in Healthcare?
Can Startups Disrupt Medical Errors? »