Leadership or Fascism – the Fictional Story of Organization 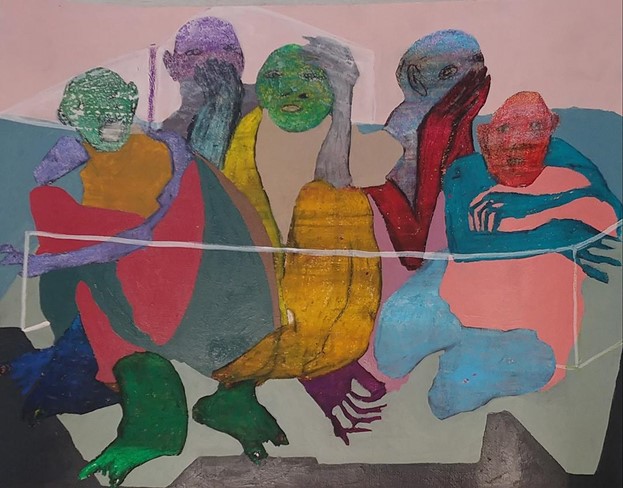 Stories are important for the survival of our species as they help us find meaning in life and help us find a way to organize for shared objectives. Harari in his book “21 Lessons for the 21st Century” explains how stories have given us an advantage over other species in building up intersubjective virtual realities. These intersubjective realities can help us unite in harsh times by giving us hope, courage, willingness to sacrifice, and pleasure. Stories can be of different types; they can be religious, or in political forms or as we see more in the twenty-first century, business forms. The objective of this article is neither undermining the truthfulness of the stories nor ignoring their importance in life. In fact, stories are very much useful without which we cannot survive. However, regardless of the importance of the stories and their believers’ confidence in their undoubted reality, still, the question is, how far a story should be taken into account. This story is about how fascism can be part of the business framework despite the entrepreneurs’ willingness.

Although the term fascism has very specific political definitions, the notion of fascism can be applied in other areas as well. The root of the word “fascism” is the Italian word fascio which means bundle and it is based on the idea that a bundle of branches is hard to break. As Oxford defines its notion “Fascism tends to include a belief in the supremacy of one national or ethnic group, a contempt for democracy, an insistence on obedience to a powerful leader, and a strong demagogic approach.” Thus fascism is about intensive attachment to a specific story of dominance on in other words believing truly that the group one belongs to, is the superior group amongst all. Isn’t that story what leaders seek inside organizations? Entrepreneurs always seek employees who have a huge attachment to the organization and finds its glory as a source of meaning to their lives. Such an attitude towards organizational goals is indeed motivating and helpful in confronting challenges. But still, that does not mean, having a dedicated team that lives their organization and have a high sense of ownership is wrong. In contradiction, it is a sign of strong leadership in any organization. The problem arises when the story, the very useful intersubjective reality, imposes itself on other aspects of an individual life.

Just like any ism, organization-ism (as I call it for believing in your organization above all), is a story with benefits for the entrepreneurs and members of the organization. Just like religious stories that give comfort and calmness in tough moments, it gives employees the hope that it finally gets better in their organization. It supports the employees by providing them a future image of themselves and motivates them to struggle and advance to prove such dominance in a competitive market. But like any other ism, what happens when the followers face individual issues and ethical dilemmas? One of the questions, I sometimes ask when recruiting a new member, is that I ask the person to imagine a case in which an employee’s choice may terminate the whole company but complies with their ethical charter. What I seek to know is their adherence to their own sense of good or bad in comparison with their attachments to the story of my organization. From an entrepreneur’s perspective, I may find it vital for me to know that my teammates put organizational objectives above all of their personal beliefs, though I do remind myself all the times that, the organization, itself, is only a story. Organizations are intersubjective virtual realities that do not exist without its members and do exist even though the members leave the organization. They exist in legal documents, but out of this medium, they are only an identity shaped in minds of their members and the customers.

̔From an entrepreneur’s perspective, I may find it vital for me to know that my teammates put organizational objectives above all of their personal beliefs, though I do remind myself all the times that, the organization, itself, is only a story.̕

Every day we hear in the news that some religious terrorists have attacked and killed himself and others, or we see wars of nations with each other. Which of them is not done in the name of the glory of God and nations? The stories that were discovered and/or created, accepted by us, that were intended to make our lives calmer, happier, and more valuable, turn out to make life messier, dangerous and valueless. This happens due to missing the point that these stories, regardless of their truthfulness are never above the only objective reality of human beings. But what is that reality?

Harari, in the final chapter of his book, proposes that the suffering of human beings, and not the groups, organizations, nations and etc., but the human being themselves, is the only objective reality that exists. The suffering of people exists beyond the existence of all stories and fictions. Indeed lowering this suffering was the reason for stories. It was the suffering of lack of resources and nature rivals and enemies which enforced Homo sapiens to form clans and then their sudden mutation that led to their developed cognitive ability to create and share these fictions for even bigger organized teams. Although for a vast majority of human being history, these fictions have not led to less suffering and have happened to create more suffering for nature, other species, and even the Homo sapiens themselves, yet it is obvious that believing in stories to the extent that it elevates the suffering of the human beings is not what is meant for them. Our current awareness and wisdom, looking back into the history of humans in the twenty-first century, should give us the vision for a better future; a future of respecting stories, accepting freedom of human beings to adapt these fictions while always reminding that they are meant for better reasons, that is improving quality of life and reducing suffering.

“Our current awareness and wisdom, looking back into the history of humans in the twenty-first century, should give us the vision for a better future”

As an entrepreneur, this is ethically and spiritually important to note that, using these stories as a tool of leadership should always be restricted to a certain level. Even if an employee wishes to abandon her health and her well-being to meet an organizational goal, the spiritual leader must be conscious of the false intent of the story and prevent the damage. Spiritual entrepreneurship is all about understanding that the business practice may be a source of meaning to our lives but not the business outputs and achievements. It is human relations and well-being of staff and customers and the great joy in the reduction of suffering that makes the business meaningful and spiritual. Stories are strong useful means of leading and organizing though the only true story is the priority of real flesh and blood people gathered together to form an imaginary identity called organization.

Hamed is a graduate of B.Sc. in engineering from Petroleum University of Technology and Master of Business Administration in Project Management from Asia Pacific International College and has more than fifteen years of experience in the oil and gas industry. He has been active in the domain of entrepreneurship during the last 7 years. His interest in studying philosophy and human sciences, besides his working experience, has shaped his focus area on philosophical aspects of entrepreneurship. He is now studying and practicing to determine a framework for Spiritual Entrepreneurship.
« Do This With Your Kids Before You Jump On Your Next Zoom Call
Robots and the Revolutionary Loneliness Solution »