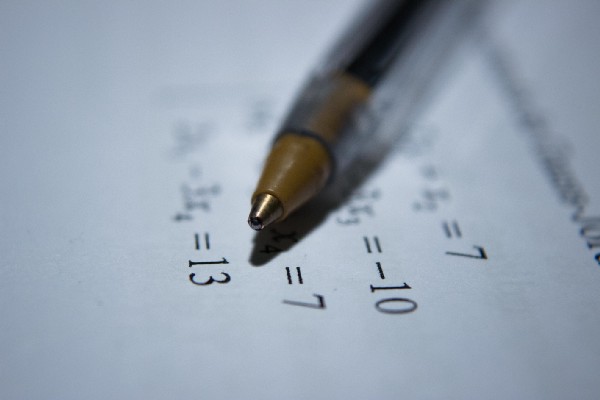 Technology cannot solve every problem we throw at it, and test proctoring is just one of the ones in the crosshairs.

“Education is the most powerful weapon which you can use to change the world.”         — Nelson Mandela

Education is, like bread, the staff of life, and without it, we are mere wisps in the global winds of commerce, left without resources.

Determining where we will work, if we have the educational background for such work and preparing for it requires determination and one other thing; test grades. How these grades are determined can make all the difference in the world. Because so much emphasis is placed on grades, students are sometimes overwhelmed with the stress and anxiety.

School grades and getting into desirable programs in highly ranked universities are emphasized throughout a student’s school years. Failure to achieve entrance is tantamount to failure in life because little opportunities for success can be realized without these degrees. Or that is their belief.

In Asian countries and Europe, student suicide rates go up around test time as they do in the United States’ universities. In India, student suicide is of grave importance. Students in Singapore, in particular, have high levels of exam anxiety. “This could be related to the fact that Singapore students were also more driven.”

During one five-year period in India, a student killed themself every hour, according to national statistics. The number of students, in 2015 who committed suicide, was almost 40,000 and they believe many go unreported and the figures are much higher.

The age range for those who commit suicide is 15 to 29. Coaching centers that give students unreasonably high expectations regarding their future prospects and guarantees of professional entrance into quality universities may lead to an inability to cope with failure and anxiety.

The anxiety is also related to letting their families down and students feel unwanted, poorly understood, and with excessive parental expectations for their future career success.

In the UK, the Office for National Statistics tracks youth suicides. They noted that from 2013 to 2014, the suicide rate for persons between the ages of 10 and 19 increased from 179 to 201. The office indicated that this was the highest level since 2007.

Research by the University of Manchester showed that 29% of those suicides were facing exams or the result of their exams. Twenty-three percent had some relationship to suicide searching on the Internet. The searches were related to methods that would be most effective when committing suicide.

The need for new methods of developing exam monitoring protocols over the Internet has increased with the incidents of the covid pandemic. In line with this, schools that have increasingly offered online courses looked for a means of remote proctoring exams effectively. The test administration protocol that they are currently favoring is artificial intelligence, which has inherent problems that require remediation.

Silicon Valley, where much of this technology is created, is overwhelmingly white, overwhelmingly rich and overwhelmingly male — and full of people excited about the potential of the technologies they’re creating. What they’re not good at is thinking about the unintended consequences of such technologies in the wild, or testing for real world complications, inconsistencies or damaging effects.

Students, taking tests under these remote proctoring conditions face a high degree of flawed circumstances. Some students will fall victim to charges of cheating if they do not rigidly adhere to the software’s demands. Sufficient information has been provided by research indicating that software which depends on facial recognition and certain biometric features, is often bias, especially against those who are non-white, and Black women.

There is a history of discrimination by AI software against any student who is interrupted for any reason or exhibits unconscious behaviors such as reading aloud. Since these students are alone in the room taking the test, reading aloud would not be uncommon and, in fact, might help them to process the questions asked of them.

But if students take their eyes away from the screen for any length of time or get up from the screen, even to use the restroom, they would be seen as potential cheaters. One student went into contractions during her exam and knew she couldn’t leave. Her degree was on the line, so she persevered.

Another student posted to TikTok when she was accused of cheating by the AI proctoring program; she’d read the questions aloud and her professor gave her a failing grade.

Cheating can result in severe consequences for any student and proving that you didn’t cheat when you were in a room by yourself without any witnesses, might be an extraordinary task for anyone.

The College Board announced its change weeks after thousands of students ran into technical glitches while trying to submit online versions of the company’s Advanced Placement exams. Nearly 20,000 of the more than 4.6 million timed tests taken at home resulted in errors, according to data from the College Board. Students who were unable to submit their tests will likely have to retake them, officials said.

Numerous software packages have been developed for AI proctoring claim that they can detect cheating in online tasks. These include Examity, HonorLock, Proctoreo, ProctorU, and Respondus. Just as there is proctoring software, there has been, for the past decade, plagiarism software packages.

The rapidity with which the online education community (almost 7M in 2019) has expanded has necessitated new forms of ensuring test-taking integrity. But all of the software must be carefully evaluated for inherent biases and a more humanlike ability to process test-taking behavior is needed.

The machines haven’t taken over and the humans must remain in charge.

Patricia Farrell Patricia Farrell is a licensed clinical psychologist in New Jersey and Florida in the United States, a published author, former psychiatric researcher, educator and consultant to WebMD. She specializes in stress and medical illness and has been in the field for over 30 years. Prior to becoming a psychologist, Dr. Farrell held a number of editorial positions in trade magazine publishing and newspaper syndication. Her interests include photography, computers and writing both fiction and non-fiction.
« Raising A Startup Round? How And When To Share Fundraising Updates
Impermanent Loss In DeFi — The Risks Involved In Providing Liquidity »