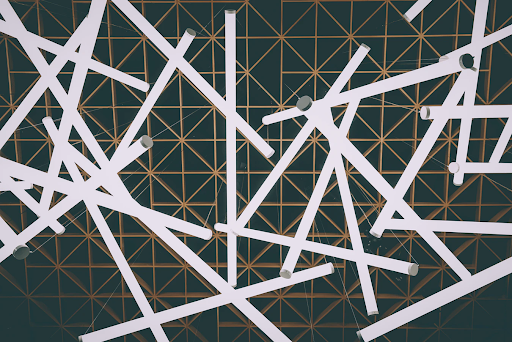 Bitcoin and cryptocurrency have become common buzzwords as their adoption, use and fascination grow globally. This new asset class is gaining interest with time as more people accustom themselves with digital currency. In comparison, the technology behind these virtual assets has not gained as much interest and still remains a niche sector for a select few.

For those that have dared to explore beyond the surface, have encountered blockchain technology, the power behind Bitcoin and some other cryptocurrencies. The more curious one that has dug deeper have come across the Distributed Ledger Technology (DLT) the foundation upon which the blockchain and other technologies are based. So what is DLT?

DLT is a digital system that records, shares and synchronises transactions across multiple independent computers in different locations at the same time. DLT differs from traditional databases in that it does not have central data storage or administrative control.

The system depends on a network of computers, referred to as nodes, to process and verify every transaction before it is added to the main ledger. This is a key functionality of DLT that allows the network to attain consensus and ensure the veracity of each entry.

There is no single way of building the distributed network architecture and as such, there are various types of DLTs.

Blockchain is the most common type of DLT with some even mistakenly using the names interchangeably.

Therefore, it is important to note that blockchain is a DLT but not all DLTs are blockchains.

Blockchain is the most common DLT, which is greatly attributable to its widespread use in the development of cryptocurrencies like Bitcoin.

Blockchain is a digital ledger that records and stores transactions in blocks that are then chained together in chronological order through multiple nodes in a peer to peer network. Put simply, the blockchain is a public ledger similar to a Google spreadsheet that is accessible to various computers (nodes) within a network and can be viewed publicly. These nodes verify every transaction that goes into the ledger and safeguards it from tampering by keeping a record of all previous transactions in the chain.

The blockchain has some unique features that have made it an ideal choice for Bitcoin and other digital currencies.

The decentralised nature of blockchain makes it permissionless and censorship resistant therefore anyone can join and participate in the network without requiring the approval of central authorities like the government or bank.

Blockchain technology has evolved over the years to support additional functionalities like smart contracts that Decentralised Autonomous Organizations (DAOs). Smart contracts enable programmability of processes while DAOs enable institutions to operate virtually without needing central controlling authority. These features found on protocols like Ethereum and Cosmos continue to transform the business landscape and enable new possibilities.

Other types of DLT

DLT is evolving with new innovative solutions emerging as more advanced technologies are born. These new iterations of DLT are not only built on the back of their predecessors but are also designed to address some of the serious flaws of the existing blockchains and their vast consensus mechanisms.

For long, the blockchain trilemma i.e. scalability, security, and decentralisation has been a glaring weakness for DLT. The preceding DLTs have thus struggled to achieve this trinity thus casting a shadow of doubt on the viability of their use at scale.

These newly built DLTs are developed with mass adoption in mind, therefore, they are designed to accommodate the needs of the mainstream market. They use different approaches to address these vulnerabilities whilst introducing new features aimed at moving the decentralisation movement forwards.

Directed Acyclic Graph (DAG) is a digital ledger run on a decentralised network just like a blockchain, but with some key differences. The DAG is an evolution of the blockchain with its additional features resulting in better performance.

DAG has been effectively deployed by IOTA through its Tangle protocol. The IOTA network has negligible transaction fees as mining is not required on the network.

DAG has a major flaw in its design that limits its ability to reach secure decentralised consensus.

Hashgraph is a third generation DLT iteration that deploys time-sequencing to validate transactions without clustering them into blocks. This is quite similar to DAG as the protocol does not require miners to verify transactions or secure the network. Rather, Hashgraph depends on its asynchronous Byzantine Fault Tolerance (aBFT) consensus mechanism to secure the network against any potential attacks.

Hashgraph is considered by some as an advancement of blockchain while others perceive it to be an alternative kind of DLT. What’s undeniable though is the protocol’s ability to deliver faster transactions in a secure, fair and cost effective manner due to its unique design.

The hashgraph protocol has been effectively deployed on the Hedera network providing users an efficient means for making transactions, whether simple or complex. Moreover, users can create decentralised applications (DApps) on Hedera in a fast, secure, and inexpensive way due to low bandwidth needs.

Despite offering multiple benefits, the correctness of the Hashgraph protocol has been questioned as it depends on all participants knowing and agreeing about the number of nodes on the network at any given time. This is quite difficult to ascertain on an open distributed system.

Holochain is an open-course DLT that allows users to build, and host peer to peer DApps directly on the system architecture. This newly developed protocol seeks to maximise the power of decentralisation by allowing the complete autonomy of all users by granting individual total control over their identity and data. Holochain also bypasses the need for network-wide consensus thus paving the way for fast, secure and easy development of applications for massive scalability.

These unique features make Holochain an ideal protocol for building applications across a wide range of industries like supply chain, service industry, governance and IT among others. The technology, still in its infancy, is setting DLT up for mass adoption with its diverse use cases and simplicity of development.

Cerberus is a new DLT designed for large scale decentralized public networks and all its different deployments. This novel iteration of distributed technology is built for mass adoption and therefore, bears the capacity to support multiple functionalities, applications, and use cases from anywhere in the world. Cerberus achieves this through a highly scalable consensus mechanism by create parallel chains, referred to as shards, to share the network workload as activity increases. The protocol achieves this parallelization through a “braided” synchronization of consensus across shards, only when required by each transaction.

Cerberus is built with Decentralised Finance (DeFi) in mind as it allows the completion of multiple transactions and instances in a swift, efficient and cost effective manner. There are no fundamental theoretical limitations to the total number of independent transactions Cerberus can process concurrently in distinct shards. In that regard, Cerberus scales linearly with the number of shards.

The Cerberus DLT is designed to accommodate multiple participants with the aim of bolstering the network’s security. As such, the protocol allows a virtually unlimited number of node runners to participate in achieving consensus through all types of computers irrespective of their processor power, storage, and bandwidth. This is a major shift from existing blockchains like Bitcoin that require users to have huge amounts of computing power so as to participate in validating transactions on the network.

Cerberus is the consensus framework that Radix uses, and it was designed with DeFi in mind. It offers Radix the unlimited scalability feature that it has. This has permitted the system to easily process an untouchable amount of parallel shards. By using Cerberus, Radix rids its developers of any worries about the network’s scalability. Therefore, it opens up room to create even more decentralized finance applications with incredible features.

DLT has evolved greatly over the years from simple networks that facilitate basic financial transactions to fully fledged networks that enable the exchange of value. New iterations are cropping up with time thus expanding the use cases for DLT and bringing it closer to mass adoption. The evolution from blockhains through to new protocols such as Cerberus is critical in this journey as it ushers in a new era with multiple possibilities like advancing DeFi.

Leonulous Rodriguez Follow A business system administrator looking to build his own dApp in the Future, Solidity Developer in the making.
« Act Local
Why We Invested In FidoCure aka How Tech Can Help Save Dogs (And Eventually Humans) From Cancer »