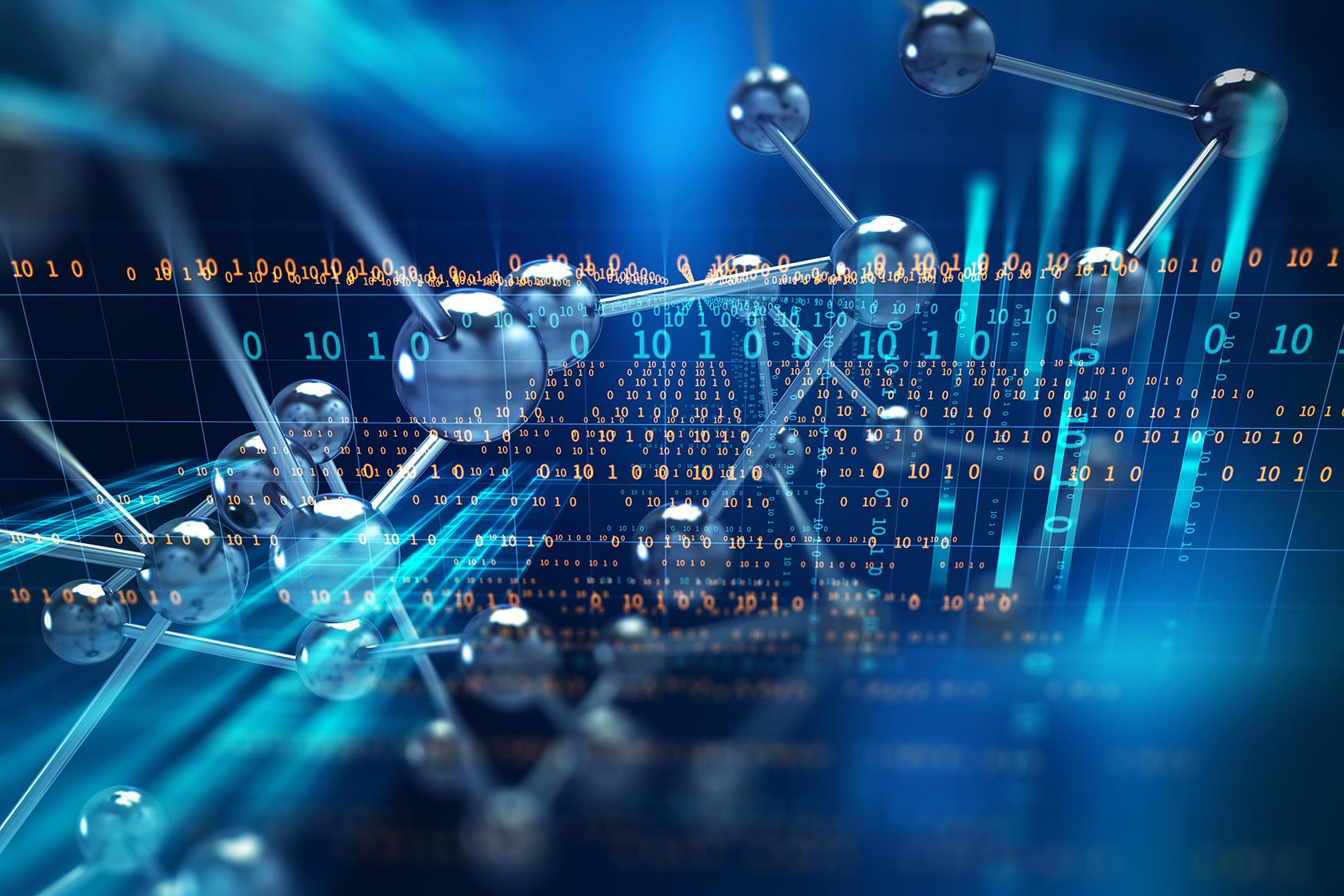 Close to 2.7 million Afghans have fled from the war-torn nation. An equal number of them were displaced inside the country.

Nearly 2.3 million South Sudanese running away from the conflicts at home have escaped to Kenya, Uganda, and Ethiopia. An additional 1.9 million have moved to other parts of Sudan.

Over a million Rohingya refugees have left Myanmar and sought asylum in Bangladesh. Many of them live in overcrowded camps and are struggling to meet their basic needs.

Protracted political unrest, prolonged wars, and increasing intolerance towards fellow human beings have exacerbated the global refugee crisis in recent times. Furthermore, persistent floods, earthquakes, droughts, and famine have driven people out of their homes. Around one percent of the world’s population has fled their homes so far.

Addressing this burgeoning crisis requires humanitarian aid. The governments, NGOs, and other non-governmental organizations have to join hands. As per the UNHCR, ensuring an accountable, coherent, and coordinated response to the displaced people is vital. Blockchain technology can play an active role in driving this collaboration for a noble cause.

With every passing year, the number of people forced to flee their lands and their countries has increased at an alarming rate. According to the United Nations High Commissioner for the Refugees (UNHCR), in the last decade, close to 100 million people have been displaced from their homes. At the end of 2019, there were 79.5 million displaced people. They include refugees who have fled to another country and people who escaped to other parts of their country. Prolonged crises and growing hostility for the refugees have slowed the repatriation and resettlement process. The pandemic-induced border closures have also worsened the refugee crisis. In addition, the aid organizations working to help the displaced get a better life face several challenges.

First, there has been a significant growth in mixed migration. Over the last decade, the internally displaced have outnumbered the refugees. It has made the system complex and warranted an urgent need to reform the existing humanitarian response system.

Second, the violence in a few regions are so severe that even the lives of aid workers are in jeopardy. The security concerns hinder humanitarian aid, at times making it impossible for help to reach the victims.

The next problem is to winnow the genuine asylum-seekers from those who use asylum as an easy path to relocate to places offering better social and economic conditions. Incidents of false asylum claims frequently occur. Such acts discredit the refugee management systems and deprive the genuine refugees of the protection they need. Hence, measures that can help identify those who are in real need of international protection are crucial.

Furthermore, the refugee determination process is fragmented. In some countries, the governments take up the initiative to verify the asylum-seeking applicants and determine their refugee status. In nations that don’t have the required facilities, UNHCR manages the asylum process. Every country and every organization has its own systems to operate and store the information about displaced people. But, these systems are siloed and rarely share information. It makes the tasks of refugee tracking and aid disbursal very challenging and time-consuming. There are times when the asylum-seekers cross several borders before settling down. In such cases, the refugee identification process has to be repeated. Many times, accidentally or due to negligence, refugee children get separated from their parents. Fragmented systems often hinder reuniting the kids with their parents.

Several of these displaced do not have any IDs with them. Often, they flee from their homes at the nick of time. Consequently, they end up leaving their belongings behind. The lack of valid IDs makes it difficult for the aid organizations to disburse the aid to the right beneficiaries. Also, the refugees find it difficult to get jobs, housing, education, etc., when they resettle.

Next, donors are often dissuaded by the lack of visibility into how their donations were used or whether it reached the beneficiaries.

How Can Blockchain Address These Problems?

Addressing the humanitarian crisis is a daunting task. It requires a collaboration between government and private entities. The success of the program hinges on efficient and secure sharing of information. Can Blockchain act as a transparent and secured means for sharing sensitive data? What are the various challenges in creating a system underpinned by Blockchain?

We need a system that caters to the undocumented. This ID system should give people control over their data. Using biometrics information to derive new unique digital identities for the displaced will ensure their IDs are not lost or destroyed. Aid providers can leverage Blockchain and digital identifiers to create health passports for every refugee crossing the border. It is, however, prudent not to store the biometrics data anywhere, including Blockchain. Instead, Blockchain is used to store the decentralized identifiers (DIDs) derived from biometrics data.

Furthermore, with Blockchain-based systems, the refugee identification and assessment process does not need to be repeated.

A globally accessible single source of data about all displaced people helps reunite the separated family members. But, it is not just sufficient to create a digital identity for these people. It is equally vital to share this information securely with the concerned aid providers. One way to ensure only the right agencies are accessing the data is to use permissioned Blockchain. It will limit the visibility of the sensitive data only to the authorized organizations. Employing Zero Knowledge Proofs can narrow the access to a specific organization within the network. The refugees can also issue time-based authorization tokens to limit access to their data.

The decentralized nature of storage will allow the beneficiaries to prove their identities wherever and whenever they desire. With an iris or a fingerprint scan, they can reconstruct the proofs in real-time and present them to the aid agencies or local merchants. This process preserves the identities of vulnerable people.

Funds allocated to the refugee crisis are not uniform across the globe. For instance, in 2020, over 381,000 Burundian refugees were living in neighboring African nations. It was an increase of 11 percent from 2019. The Burundi crisis is one of the largest forced migrations of 2020. Yet, it is also one of the least funded. Leveraging Blockchain smart contracts to determine the allocation of funds will help address this disparity. The smart contracts can use the data on how many people are affected and their living conditions and apportion the aid accordingly. It helps create tailor-made, bespoke offers. Aid providers can use Blockchain to combine governmental and private funding and manage them.

Often, the people fleeing their lands will not have sufficient funds or the right currency. Here, digital cash transfer with Blockchain can be an option. The modest feature phones of the beneficiaries are their mobile wallet that has the aid money. They can access the funds with just basic features such as SMS. They can then use it in the markets accepting this digital money. All these transactions are verified and recorded on Blockchain. As per World Food Program, such cash transfers save a significant amount of the bank fees. Likewise, using commonly accepted cryptocurrencies will make cross-border transactions cheaper and faster.

When we donate, how do we know that the donation is legitimate and will reach the right beneficiary? – It is a question frequently troubling several donors. The opaqueness of the donation systems often dissuades the donors. As a result, the aid organizations struggle to provide the necessary help to the affected. Blockchain technology provides much-needed transparency and accountability for the donors. They can track the complete distribution of the aid and spending of the funds on Blockchain.

Land grabbing is another issue troubling the refugees. Several times, when people repatriate, they find their homes occupied by others. If the returnees lack the necessary land records, they are unable to claim their property. The paper-based records maintained by governmental agencies are susceptible to manipulation or can get lost. Land titling on Blockchain can help them overcome such disputes. With land registry and title transfers available on Blockchain, it is easier to resolve land ownership conflicts.

Some of the Work Currently Going On

Several aid providers use Blockchain today. The United Nations is experimenting with using Blockchain as safe identity storage for refugees. Similarly, the World Food Program leverages biometrics and Blockchain for cash disbursals to Syrian refugees in Jordan. ID2020 is a global alliance of tech companies and the UN agencies. It focuses on giving an identity to the undocumented. Meanwhile, Disberse and AidCoin are using Blockchain to bring transparency to the charities.

What Are the Concerns and Issues With Using Blockchain?

Several social and technological hurdles are preventing widespread adoption. Blockchain is still an arcane technology for many. Setting up the required infrastructure and Internet connectivity might be a challenge in ground zero of crisis. The legality of crypto in several countries could hinder the widespread adoption of underlying Blockchain tech. The scalability of the network is also a challenge. Adhering to data privacy laws will add to the complexities in designing a Blockchain-based beneficiary registry. The absence of a legal and regulatory framework for Blockchain also limits its usage. All these challenges make the transition to this technology an arduous task.

Transparency in tracking donations creates problems for the aid agencies. They often have to rely on bribes and other illegal means to gain access to the most vulnerable. Such unethical transactions are often left out of the system and donors uninformed. It is difficult to hide such activities when using Blockchain. Similarly, several geopolitical issues and a lack of reliable land ownership data can make Blockchain-based land registries hard to implement.

As of now, several challenges exist in the path of employing Blockchain for humanitarian aid. There are, however, tremendous benefits of using it to solve some of the persistent problems in the sector. It is time to tap its potential for the benefit of the vulnerable, displaced community.

As emphasized by the 2030 SDG agenda, Leave No One Behind!

Deepa Ramachandra I am a Blockchain enthusiast and evangelist. I write on Enterprise Blockchain and the Social Impact of Blockchain and Digital Currencies. I am curious about how emerging technologies of today disrupt and shape our tomorrow. Opinions are my own.
« Disaggregation of the Hospital – A Counterintuitive Opportunity for Startups?
Is Silicon Valley Dying? No And Why It Still Makes Sense For Entrepreneurs »