The Kids Are Alright: Why Gen-Zs Front-runners will Succeed, Because of the Odds 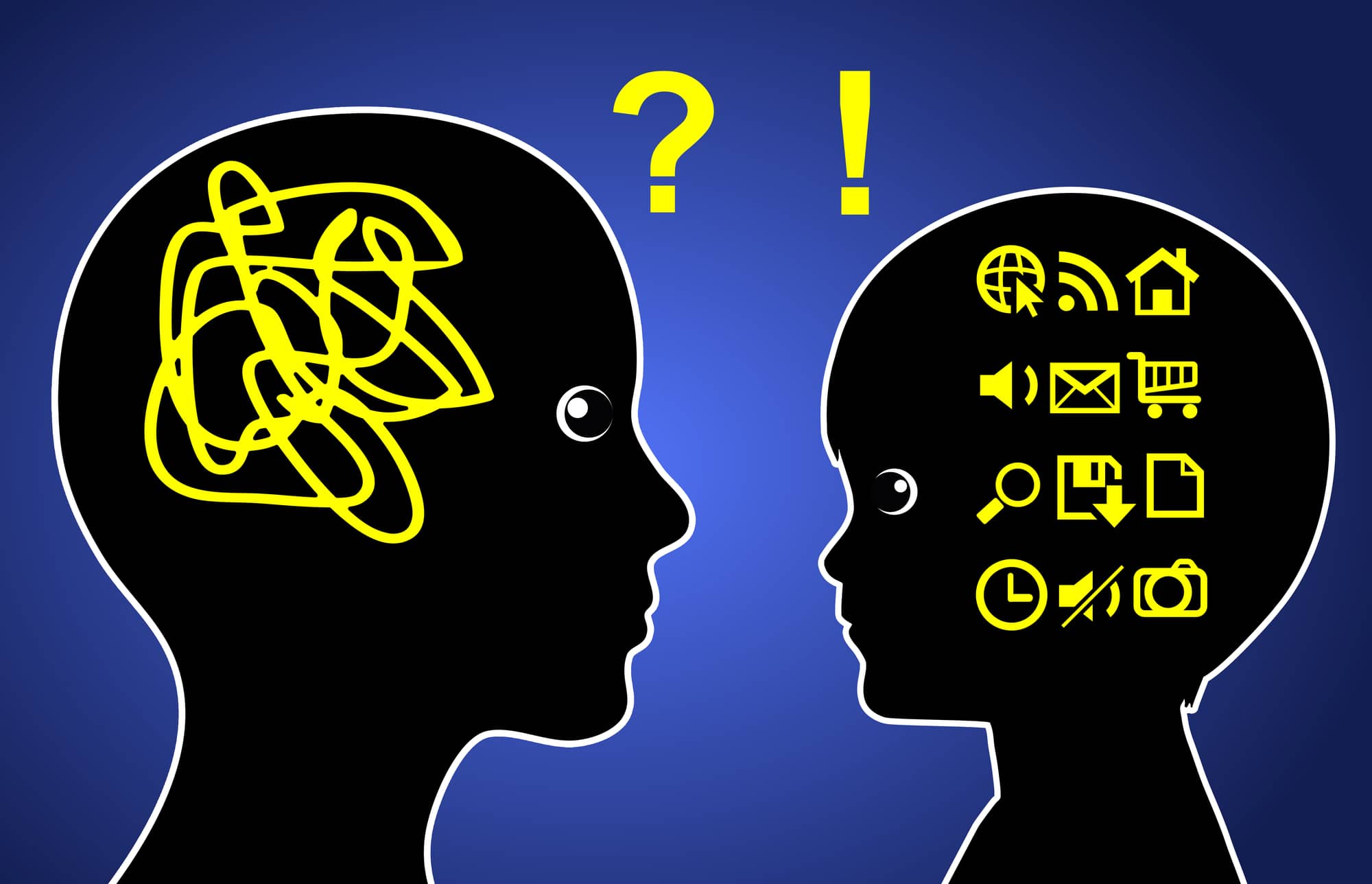 Countless philosophers, writers, psychologists, and others have theorized about the cyclical nature of mankind’s triumphs and turmoils. In the 90s, Authors William Strauss and Neil Howe proposed a four-generational cycle of prophets, nomads, heroes, and artists. Each generation’s first entrants emerge 20 years after the previous generations’ front-runners. These groupings are meant to provide insight to the dominant worldviews, direction, and zeitgeist of various eras as well as help us understand why generations chose to handle their struggles in certain ways.

One can find glimpses into the prevailing thoughts of a generation through their dominant art, philosophy, defining world events, and achievements.

There are certainly flaws with such a broad-sweeping model. Critics rightly point out that a twenty-year time span is a long time to meaningfully group any cohort of people. Some people in a generation would be entering the world while others are starting their first job. By the time the tail end of the group reaches the same position as their predecessors, the latter will be in middle-upper management positions, and have families of their own.

The life experiences of a kid born in 1996 will be radically different than that of someone born in 2006, and even more so from someone born in 2016, yet they may all be considered part of the greater “Gen-Z” generation, depending on where one chooses to draw the cutoff for the preceding Millennials.

To demonstrate what I mean by differences in life experience, consider this. As someone born in 1998, I may be considered part of Gen-Z. Yet I remember with fond memories, a childhood before smartphones and even a period of time before Facebook, Twitter, and its contemporaries dominated the web. Heck, I didn’t even really start using a computer on a daily basis before I entered 3rd grade. 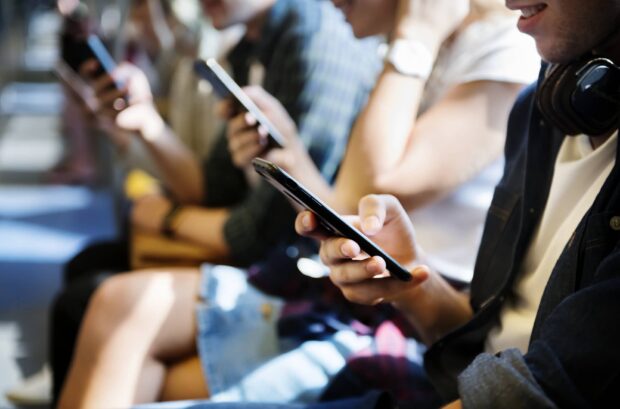 Yet my cousin, born 8 years after me, doesn’t know what life was like before the App Store, Instagram, or the financial crisis. Similarly, high-school and college seniors who graduated the year my cohort entered as freshmen, may hazily recall the days after 9/11 but the cohort which started as mine was exiting these institutions weren’t alive during this event.

It has to be understood then that the lived experiences of people across the world will be radically different. Even in an era of rapid globalization and the disruption of communicative barriers, cultural and environmental differences shape different experiences.

So for the rest of this text, I’ll refrain from attempting to cover what we call today “Gen-Z” but rather focus on the subset of born between 1995 and 2000. Additionally, as someone living in the United States, I’ll be focusing more on what I perceive to be the experiences of Americans. This isn’t done in any attempt to interpret the world as Ameri-centric but rather to look at one part of the map.

A third criticism of generational groupings and the cyclical nature of history is that it comes across as overly deterministic. How predictive can these cycles be of global events and generational responses to them? If history were so simple to read and the future foresee, one would assume forecasters would have a much more consistent track record of success.

With all of that being said, there is value in examining the life events which shape a society.

Those of us born between 1995 and 2000 grew up during several significant world events as well as compounding trends.

The first was growing up during the aftermath of 9–11 and the subsequent invasions of Iraq and Afghanistan. While many of us are too young to have internalized the zeitgeist of the early 2000s — at least in those moments — , the legacy of two major world events would endure. The trillions of dollars diverted to futile military expenditures overseas, growing polarization and a declining standing on the world stage — in the areas of competitiveness within education, healthcare, skilled labor, and industrial prowess —  coincided with a more assertive and confident Asia buoyed by China’s spectacular growth.

But despite early warning signs, this all seemed far away from home. During the early 2000s, the Middle East and exorbitant military costs grabbed the lion’s share of American headlines.

And then the 2008 collapse occurred, sending much of the developed world into an economic recession. Countries whose economies had not been hollowed out through over-financialization or dependence on the US performed well. Growth in Asia continued. The United States experienced an anemic rebound with many jobs shuttered for good and growing share of wealth concentrating itself in the hands of a few. This trend accelerated through the 10s as Silicon Valley came to replace Wall Street as the destination for the smartest, most promising, and ambitious young talent ready to put a dent in the universe.

No doubt millions of working and middle class kids who witnessed their parents laid off or struggle financially during the after-math of financial crisis were left with a sour impression of “elites”. When bankers walked away with a slap on the wrist and relatively little changed with regards to regulation, social confidence in our systems fell. That the recovery wasn’t equal and there were never serious efforts to re-skill a displaced workforce for the new jobs replacing the old through unfettered globalization and automation didn’t help. 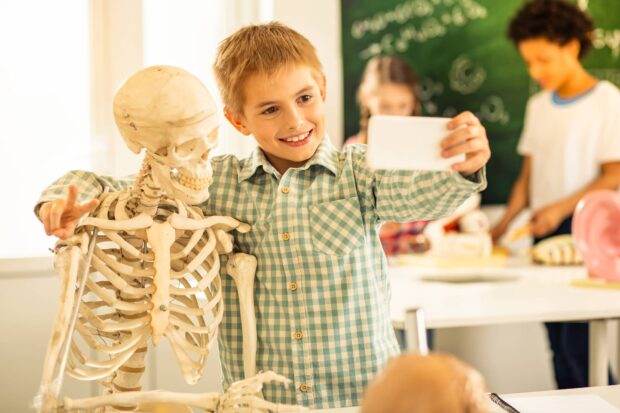 The kids watched and learned. While their older millennial siblings and cousins may have grown up to demand social justice and seek the novelty of experiences in rebellion to their corporate Gen-X parents, Gen-Z all too early learned the reality of classism which underpinned the fight for a fair chance at the American dream.

Economic and Social justice are deeply intertwined. Burdened with crushing student debt, entering the workforce during a novel pandemic and witnessing 4 years of American withdrawal from the world-stage has left a profound impression in the psyche of Gen-Z’s front-runners.

In Gen-Z’s front runners, you find a cohort which has grown up navigating the internet, more technical, diverse, skilled, and conscientious than any before it in recent history.

Boomers thrived off of the stability constructed largely by the efforts of the greatest and silent generations. Generation X silently accepted the roles Boomers placed them into. Western, and in particular, American Millennials —  burdened by crushing debt, a radically changing world, lower prospects for success than their predecessors, and a system no longer sustainable —  sought to escape or rebel culturally, delaying the generally accepted markers of adulthood and often finding themselves labeled as narcissists by Boomers projecting their own lived experiences from the 70s.

The new kids on the proverbial block are criticized for living life slower than their predecessors though heaped with praise for higher educational achievement, lower teen-pregnancy rates, lower rates of alcoholism and drug abuse, and a strong concern for job prospects and financial literacy.

The Kids are alright.

The world may not be. Climate change is an existential threat to our species among many others. Growing wealth inequality is tearing the social fabric of societies everywhere — Just look to the populist movements of the past decade. Increasing centralization of political and economic power is leaving many with less agency over fundamental the factors shaping their lives. Whereas a tribe would once be responsible for its own survival, today it is impacted by centrally influenced factors like unemployment, labor demand, interest rates, inflation, fiscal policy, and federal politics.

Yet, there are many reasons to be optimistic.

People are resilient. They adapt.

Complaints of new political schema, technology, or living conditions predate modern society. In the 15th century, critics of the printing press warned of a plague of laziness such a technology would create. There were those who feared the dissemination of books to the masses reasoning common folk would become fixated and detached from reality.

With each new technological breakthrough, alarmists shouted cries of mass unemployment, a devil’s grip on our hearts, and advocated a return to the good old days.

Each generation imparts dogmas to its successors which they choose to accept or rebel against. Many behaviors throughout history reflect patterns, no less real than those which manifest themselves in our physical world. Though we claim that we are doomed to repeat history, it does seem that as a species, we’ve adapted quite well to major stressors.

Despite the historical trauma of conquest, disease, genocide, and large scale stressors, 7.5 billion of us inhabit the planet today. The overwhelming majority of us are experiencing higher standards of living than our predecessors merely one century ago.

The kids are alright.

I don’t want this to be interpreted as an endorsement of cruel social Darwinist ideals. Often, it isn’t the biologically “fittest” who survive but the beneficiaries of luck. Serendipity is a wonderful enabler for the statistically mediocre and zemblanity a confounder for the potential“great”.

The point I want to get across, is that today‘s young, despite being confronted with significant challenges, are also enabled by some of the sharpest tools and the drive to push back. Neither accepting the status quo, nor embracing an ideology of escapism are viable options.

Necessity drives innovation. A cornered beast fights hardest. A people tested, rise to the occasion. The kids will be alright.

They’re ready to be entrusted with our future.