If you can’t rectify Democracy, at least Respect your Individuality 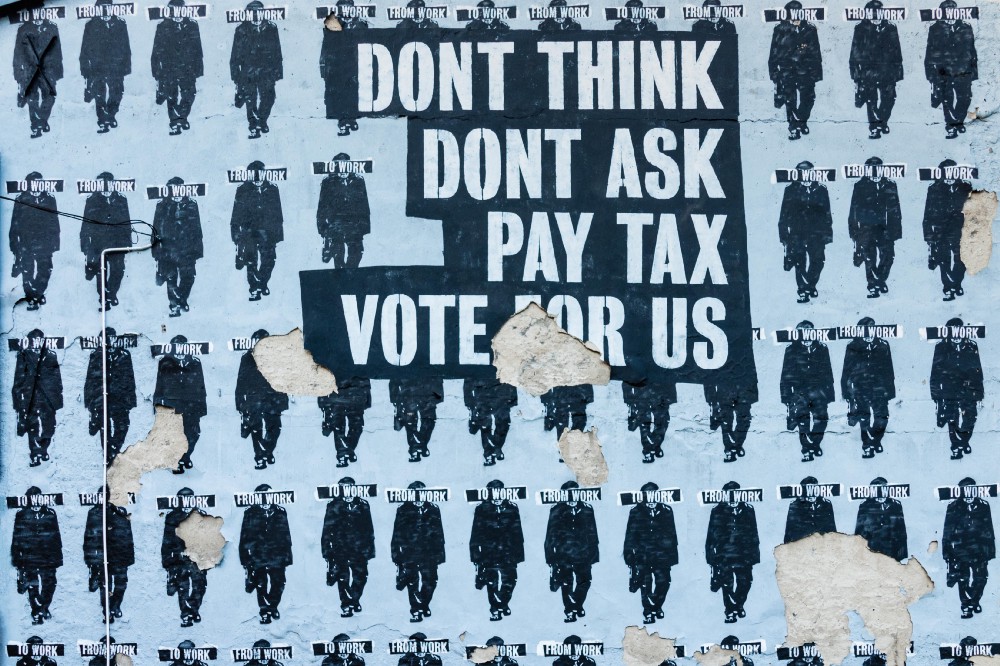 Democracy has fallen hostage to Manipulation

Democracy is the modern-day ideal government formation. Those who adopt the concept of a democratic state are considered progressive. Democracy, to the 21st-century citizen, is the ultimate achievement of fairness through empowering the majority over the minority.

Today if we are not embracing democracy, then we are considered as being a tyrant. But democracy is not without flaws.

Democracy is the subject of criticism indoctrinated in its purpose, process, and upshot because its historical objectives have shifted through the modernized age. Instead of democracy representing most people with “almost unique” norms and culture, it has been merely associated with the majority’s rule and the “manipulated free selection,” either through direct aid or elected representation. Democratic political systems of today are not flawed per se. Democracy is idealistic in its simplest or original context where the people’s rule prevails over the legitimacy of the monarchists, feudalists, and tyrants, which has made a comeback in recent decades despite democratic foundations. The 2016 and 2020 U.S. presidential elections are the epitomai of how democracy failed its citizens, not merely because of whether there was a fair election or not. It is not the upshot of the utter democratic institution’s failure to avoid manipulating the corporate neo-feudal vis social and mass media campaign. When the majority and populace’s votes can be the subject of meddling, so will democracy.

“Traditionally, broken democracy has marked itself as the catalyst of a dictatorship, but today democracy can be easily bent without tyranny slander.”

“The current democratic administrations are anything but the “rule of the people.” Instead, they are “The rule of some people.”

But visiting the other end of the spectrum, for those who fully submit to the democratic principle, those who question the legitimacy of democracy are nothing but “Autocrats.” It only means only one thing: the same democratic radicals also abstain from seeing themselves as individuals first. Because they probably equate individualism as a form of autocracy. That is where the mentality of “if you are not with us, you must be against us” originates from! Yet, many fall in the minority category submitting to the majority initiatives to the irony of all. Or if they see themselves within the majority, they did not necessarily make choices based on their personal belief, but because they prospected into the political party in one way or another.

With the prevailing scandals, corruption, and populism on the rise, the state of democracy has become a matter of despair. Some strongly believe if we give up democracy, we won’t have to rely on any other option. The secret is not if democracy is right or wrong but about which kind of democracy works best and under what circumstances it should be applied. Yes, democracy respects the majority’s rights and understanding by the minority that the majority rules. But that would only be valid if fundamental individual rights are also observed by the same bulk and ensured that everyone gets uncensored or “raw” information.

Yes; Democracy was hardly deliberate to be the most extraordinary form of administration. But by virtue, instead, it lays the interests of those being governed above those doing the governing. Nonetheless, despite the proper intention, democracy has placed the power in the hands of” few groups which are meant to be governed,” yet they are not the majority. Instead, they are often the neo-feudalist who use corporate power to pivot the majority perspective and jeopardizing individual and minority welfares.

The autocrats criticize democracy for the lack of expertise of voters. Nonetheless, although voters are not an expert on every theme, democracies inspire people to learn about flora and fauna around them by creating a mutual responsibility amidst each other. But that is only true if the information people access does not meddle. Democracies motivate voters to research important candidates and policies, whereas non-democratic governments foster political apathy because their opinions have no impact on the world around them.

Today, however, democracies around the world have become messier and less practical than they were before. While at it, Autocratic rulers are yapping at the trend, while pursuing to take advantage of the situation, riddled with democratic peers gaping whether something has gone wrong.

The term “collective consciousness” in contemporary societies is also identified by solidarity attitudes, group-think, herd behavior, or collectively shared experiences during collective rituals and parties. It has served as the instrument of community solidarity or fraternity based on communal traits. The latter has raised overwhelming concerns over creating various societal segregations, thus turning the majority into the electoral college school, minority voiceless and individuality discarded, thus undermining the very foundation of real democracy.

Amid increasing cultural diversity, the concept of democracy is becoming vulnerable to manipulation. The tyranny of the modern school of democratism is over its perpetual overreliance on mass rhetoric propagated by social media and interpretive journalism agents. Of course, one may think, individualism is the subject of manipulation. However, the same person does not consider it; it is not the individual perception that undermines democratic individuality, but the very fact that jeopardizing individual sovereignty is the utter explanation. Media and interpretive journalism are the catalysts of democratic tyranny. It sets the corridor for the manipulation of democracy.

Irrespective of how unbiased is the information available to the citizens, the everyday democracy functions the best in society’s face with the least cultural diversity. In other words, the social melting pot concept does not conform to democratic success as the community becomes more diverse. Instead, it will result in clusters of minority groups.

Extremely diverse societies such as the one we embrace in the united states can hardly be unified into a melting pot system. The so-called monocultural metaphor for a heterogeneous society cannot be turned into a more consistent, the different elements “melting together” with a communal culture; an alternative being a standardized society becoming more mixed through the influx of foreign elements with various cultural backgrounds, possessing the potential to create disharmony within the previous culture. That makes it significant in a democratic institution because of the higher the diversity, the lesser the chance of success based on collective democracy. Modern humans can’t handle democracy. It has been dragged into the formation of” representative democracy,” where the public policymaking process is biased by the corporate intrusion in the democratic process. Henceforth, we have been perpetuated into Loss of individualism for manipulative democracy.

Embracing Individuality takes the Media manipulation out of the Democratic Equation

Media thrives on collectivity. It is easier to target one unifying trait than a bull’s eye with a hundred unique individual characteristics. Society is healthier under personal autonomy. Collective democracy toils under uniform collaborative decision making that are the soft target for media manipulators and interpretative journalists. Democratic individualism will allow lesser meddling.

Democratic states, which, reflecting processes of individualization and rejecting collectivism, have endorsed individualism. Empirically, the formulation of identity is studied on an elite level. The rejection of collectivism in Democratic individuality is a unifying value by itself, and individualism is in practice often subordinated to other values deemed essential, e.g., gender equality.

If Capitalism is a failure, then what is the alternative?

In the current political sphere along its rhetorical voyage, we all can meet face to face with buzzwords such as…

Adam Tabriz, MD Dr. Adam Tabriz is an Executive level physician, writer, personalized healthcare system advocate, and entrepreneur with 15+ years of success performing surgery, treating patients, and creating innovative solutions for independent healthcare providers. He provides critically needed remote care access to underserved populations in the Healthcare Beyond Borders initiative. His mission is to create a highly effective business model that alleviates the economic and legislative burden of independent practitioners, empowers patients, and creates ease of access to medical services for everyone. He believes in Achieving performance excellence by leveraging medical expertise and modern-day technology.
« Crowdfunding? 3 Principles For Entrepreneurs
What is a Low Carbon Transformation? Part III: It is not only about technology »