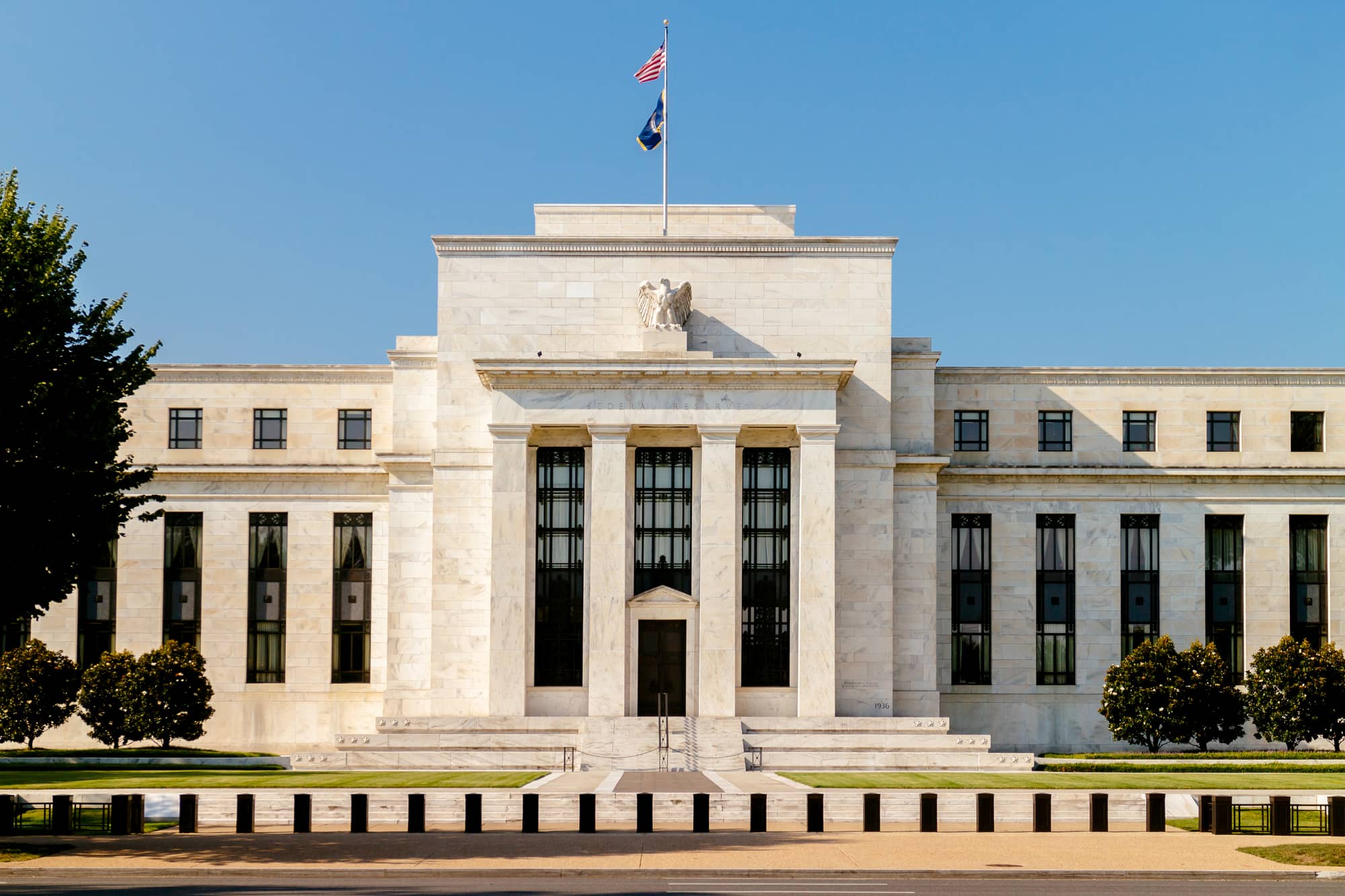 The Fed’s record $8 trillion balance sheet and how can you protect your money.

For many millennia, money was controlled by the aristocracy and kings. Eventually, the merchants outsmarted the kings and established the central banks to create and manipulate money without the consent of the kings.

The bankers knew that once they control the money supply, they will rule the world. As Mayer Amschel Rothschild, the founder of the Rothschild dynasty, famously explained,

“Permit me to issue and control the money of a nation, and I care not who makes its laws.”

The central banks now have the ability to create and manipulate the money supply as they see fit.  And with COVID-19 as an excuse, they did what they do best. They brought the interest rates to zero and pumped trillions of dollars into the economy.

As a result, the U.S. central bank’s balance sheet has nearly doubled since March 2020 and exceeded $8 trillion for the first time. It’s important to realize that before the financial crisis of 2008, the Federal Reserve balance sheet stood at less than $1 trillion. 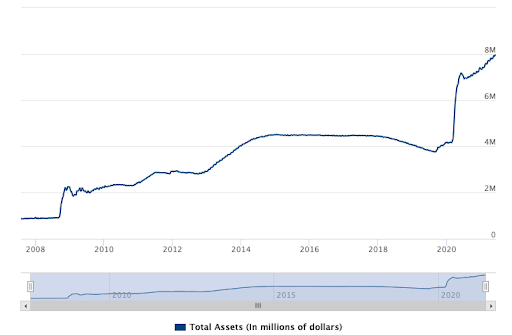 It’s no different in Europe. As a matter of fact, over the past year, Christine Lagarde’s European Central Bank has increased the size of its balance sheet from less than $5 trillion before to its current level of around $9.5 trillion.

The way things are looking, there are four primary outcomes the latest actions by the central banks bring to the forefront.

Rich get richer while poor get poorer

One way in which the unprecedented money printing has manifested itself has been  an accelerated inequality. As wealth continues to concentrate at the top, the gap between the rich and poor has continued to widen. The richest 10% of American households now control nearly 75% of household net worth. 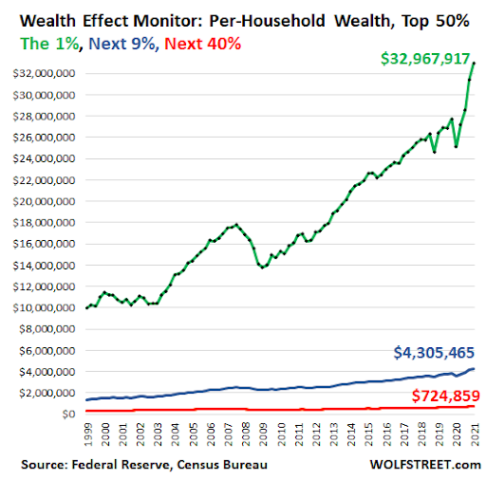 There is something wrong if central banks say they will pump up the prices of the asset. They are inflating the assets for every hardworking person who wants to buy them. For example, as a thirty-year-old in the 1990s, you could afford a big house, buy cheap stocks, bond yields were at 15 percent. You couldn’t help but make money. A millennial now has the stock prices ten times higher than in the 90s, negative-yielding bonds, and overpriced housing. Not to mention the high inflation and the economy in lockdowns.

The only beneficiaries of the loose-monetary policies are asset-rich people. The more assets they own, the more they’ve seen their wealth rise. But, unfortunately, the remaining 90% of the population is asset-poor. All they have witnessed so far was the loss of their purchasing power.

Another manifestation of massive money printing a global asset price bubble. It would seem that the central bankers have learned little from the 2008 financial crisis. 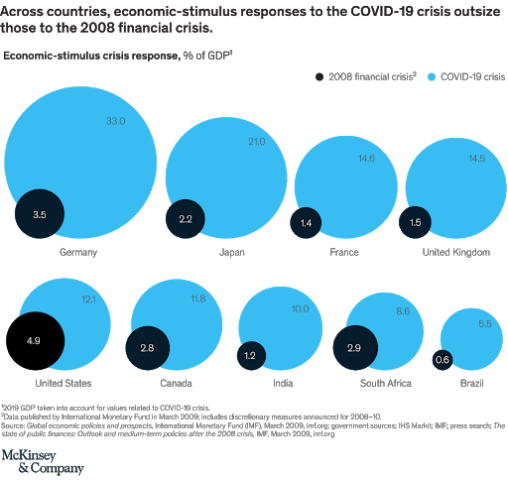 Now we have an “everything bubble” that is several times more pervasive than the previous bubble.

The central banks’ zero interest policies and the bond-buying programes have created the 30-year bond market bubble. In like manner, the stock market hasn’t seen sustained correction since 2008. At first sight of weakness, central bankers come to the rescue. Bear markets are literally banned. Additionally, housing markets hit an all-time high while many commodities soared over 200% since the March 2020 lows.

The all-time highs are not happening because the assets are more valuable but because the currencies are week. In other words, dollars and euros keep collapsing against the hard assets.

Unless you’ve been living under a rock for the past decade, chances are you have experienced inflation. But even the highly distorted CPI finally hit 5% in May. Yet, economists and the mainstream media told us that inflation wouldn’t be a problem for most of last year. 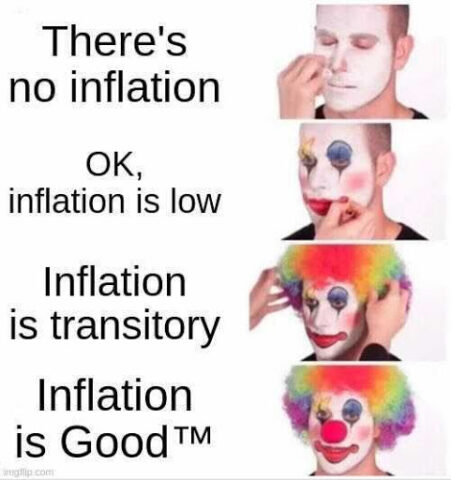 Now that inflation is here, they tell us it is only transitory. In reality, there is no such thing as transitory inflation. Once businesses raise the prices, they never decrease them again. Besides, it’s not the prices that go up, and it’s dollars and euros which are getting devalued. If you pump trillions of dollars into the economy, you simply can’t expect any different result.

Central banks have recreated centrally planned economies. Being raised in former Czechoslovakia, I remember this insanity clearly. It didn’t work then, and it will not work now or ever. As Einstein wrote, “insanity is doing the same thing over and over and expecting a different result. Our children will pay a harsh price for this mad experiment. 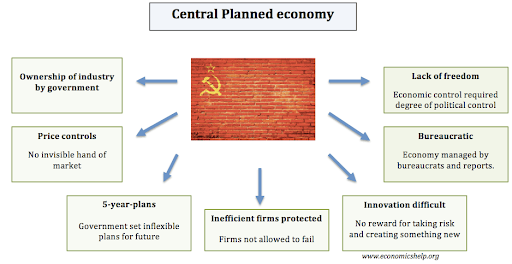 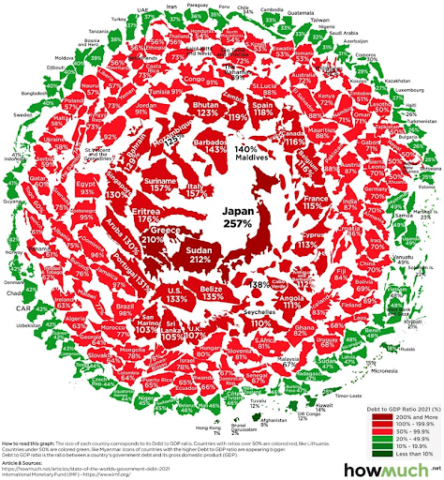 However, what’s even more disturbing is that in the 21st century, we’re still waiting to hear what one man from a central bank has to say in a press conference. It has nothing to do with free-market capitalism. The world economy is yet again dictated by the Soviet Union style of Politburo policymakers. It’s a very definition of the centrally planned economy and the blind belief in authority.

How to crawl out of that abyss?

People are waking up and seeking the alternative because their lives depend on it. For the first time in history, we have a decentralized financial system in place. The technology will eventually disrupt the status quo. However, it will take time.

And in the meantime, don’t be gullible.

Get out of cash and buy hard assets like the S&P 500 index, real estate, commodities, and Bitcoin.

There’s no doubt, governments and the central bankers will continue to devalue the currencies. As a result, they will drastically enrich anyone holding assets. If you have a five-year holding period, you are going to look like investing genius.

You worked hard for your money. Don’t let it wither away at the hands of the rich and powerful.

Ras Vasilisin Founder & CEO at Virtuse Exchange. Also economist, investment strategist, philosophy junkie and traveller.
« Entrepreneurship Podcasts and the Creative World of Business
#1 Thing I Need to See in a Startup— from a Venture Capitalist »