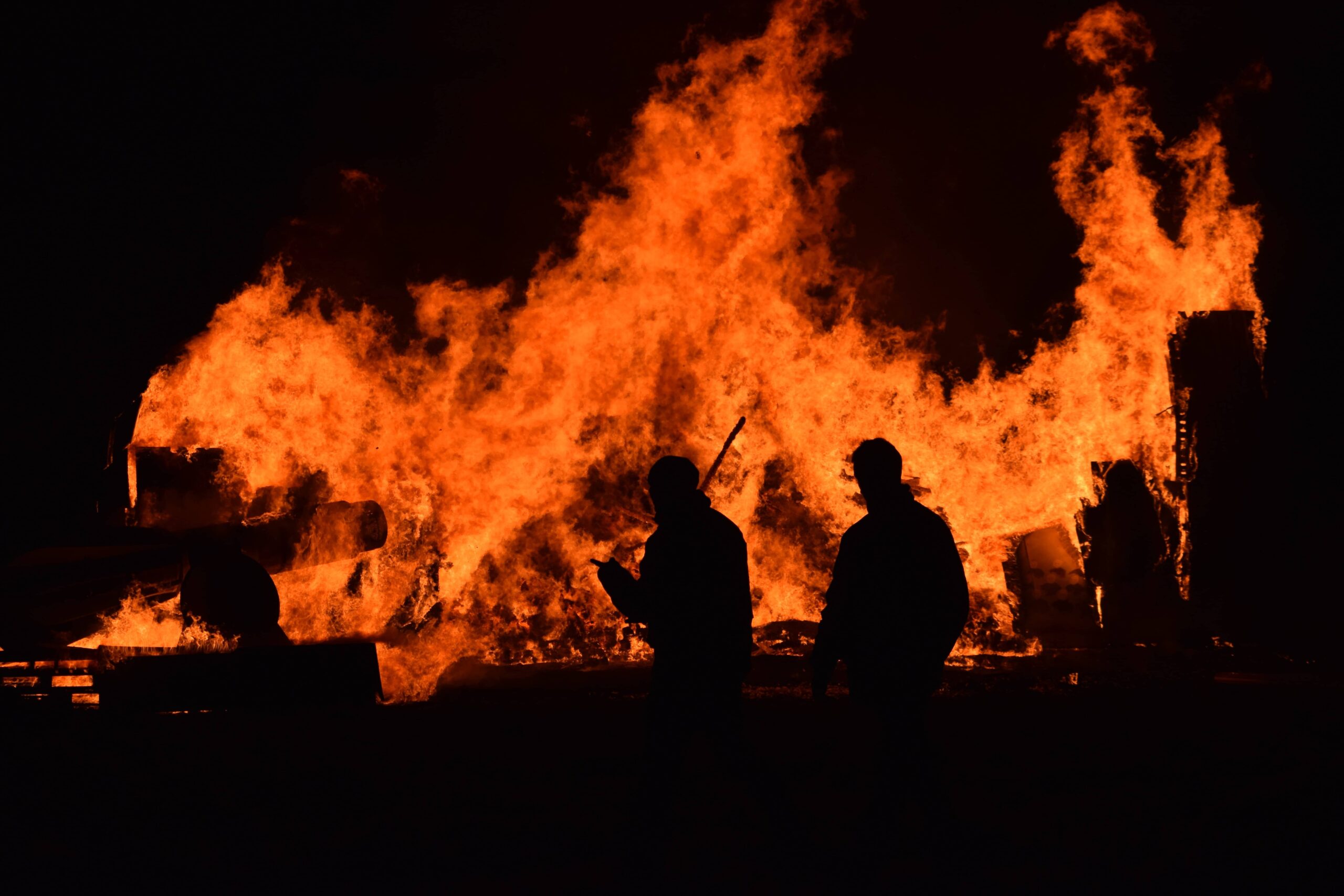 Our civilization is crumbling, but our response is indifference. We pretend nothing has changed and life can go on as it has been. We anesthetize ourselves with pleasures and material trivialities. We lose ourselves in our addictions to smart phones and other lollypop devices.

We live at the precipice, at the edge of the abyss. It is slowly crumbling, but we go on with our lives as if nothing has changed. We shop, dine, work, and play. We go through the motions of life without living. We are focused on ourselves.

Meanwhile, the chaos grows around us. Fires ravage the Western U.S., Canada, Italy, Greece, Turkey, Russia, and elsewhere. Floods and storms inundate parts of Europe and China. Enough Greenland icecap melted in one day to cover Florida in over a foot of water. The ocean current, the Gulf Stream, the Earth’s primary circulation system, is exhibiting signs of failing. Still, many believe global warming is a myth, a joke.

NASA recently announced the Earth is retaining twice as much heat now as it did in 2005, making everything hotter. The UN Intergovernmental Panel on Climate Change (IPCC) latest report vigorously stated the impact of global warming is here. A global temperature rise of 1.5 degrees Celsius (2.7 degrees Fahrenheit) or more is guaranteed. Global warming is due to man’s activities, and we have maybe a decade to take serious steps to meet the challenge.

The COVID-19 plague continues virtually unabated. Mostly because half of the population does not believe in science. They do not believe the virus is dangerous. Our resistance to vaccinations and slowness in getting people vaccinated leave the door open to new mutants. We are now experiencing the more virulent Delta variant, and the vaccine-resistant Lambda variant is in the U.S. A more dangerous mutant is sure to appear soon. Our response is apathy and indifference.

Hear that sound? Probably not. It cannot be heard or perceived by most of us because there is too much other noise. There is too much movement and activity. We are locked into versions of what we call reality. We only hear or see that which supports what we already know or think we know.

The fog surrounds us. What we see is blurry. The images are indistinct. We look for something solid to hold on to, but what we grasp is imagined and fades into the fog. All the things we believed yesterday have melted. We are confused and think everything is a lie. Sadly, this is where we have brought ourselves. No one did this to us. We did it to ourselves, and now the curtain has been pulled back, and what we believed was great is seen for what it is. The great wizard is a hoax. What we believe is a lie. The system our Founders constructed was for the benefit of a few at the expense of the many. Many of us no longer believe, but our response makes us a divided people with two irreconcilable views.

Human civilization as we have known it is dying. It is crumbling under our feet. The elites have made plans to retreat to places they believe are safe from what is coming. Even the rich suffer delusions.

We do not know at what point it will occur. The tipping point would seem most likely to be environmental, but the triggering event could be almost anything. It could result from a storm event that devastates the East Coast. It might be triggered drought across the Midwest that leads to crop failure, fires, and water shortages. The list of potential causes is long. All we need is a tipping point, an event that causes our house of cards to crumble. The event could be political, economic, extreme weather, war, or something we do not envision.

We face dire challenges, yet governments, the powerful elites, and the most influential corporations who could have a beneficial influence are indifferent. We talk about doing things, but that is the extent of our commitment. We see the young Swedish climate activist Greta Thunberg invited to speak before ‘important’ gatherings of the world’s elite. They politely endure her chastising them for their inaction and indifference. It is their demonstration they are listening to us, but it is all political theater. They listen politely, clap, and ignore her truth. What we hear from our governments and leaders are empty words intended to soothe us. They want us not to fear, but to go on with our largely empty and pointless lives in pursuit of meaningless pleasures and trivial material acquisitions.

In America, we stand at the edge of another abyss, one that threatens to push us and the planet into a dark age. Historian Timothy Snyder is empathic is saying it is important to call things what they are. Reality is a slow fascist takeover of the U.S. is in progress. No one wants to verbalize and acknowledge that. The next few years will determine our future and that of the Earth. The original blueprint developed by the American extreme right was outlined by the late economist James Buchanan with funding from the Koch Brothers and others of like minds. They conceived permanent conservative control by 30 percent of the population. The Electoral College and the structure of the United States Senate make it relatively easy to achieve this outcome. The plan was first put to action in Chile under General Pinochet with Buchanan’s guidance. It ultimately failed, and Chile is in the process of creating a new and far more democratic constitution, thanks to a rebellion by its youth.

Buchanan’s work was brought fully into the light by historian Nancy McClean in Democracy in Chains: The Deep History of the Radical Right’s Stealth Plan For America. McClean had extraordinary access to Buchanan’s notes and papers at George Mason University where he had been on the faculty. She was able to piece the whole story together.

The rise and election of Donald Trump as president (by the Electoral College) changed the direction and goals of the movement. They decided to go for all. The needs of empire outstrip the necessity of maintaining window dressings of democracy. After gaining control of the Republican Party, they pushed for an end to democracy by using the democratic process to destroy it. They have imposed restrictions on voting, used gerrymandering, and other draconian measures to control electoral outcomes. They seek a fascist totalitarian state where they hold power and are in permanent control. They enlisted allies like the fundamentalist Christian Right by promising a theocracy, a biblical republic.

If they are successful, the once United States will crumble. We will descend into unimaginable darkness. A fascist America would be a dire threat to the future of the planet.

The question is. Will we awaken from our indifference in time? Will we care about what is going on as we continue to shop? Will we rally to confront the many challenges we face and strive to save the future for our descendants?  Or will we continue to live in our anesthetized states of smartphone addiction and distraction? We have little time left to decide. Soon it will not matter.

Jerry Lawson Writer/ghostwriter/essayist (www.jerrymlawson.com), freelance journalist and artist. As a historian and biographer, Jerry operates a business focused on writing memoirs, biographies, and personal histories for private clients. Jerry was adjunct professor teaching history and government at several universities and worked as a reporter, editor, and managing editor of a newspaper. He acquired other experience working in industry, business, and banking. A recognized artist creating mosaics using hardwood scraps and pieces that are other’s trash. I live to write, create and make things using whatever medium is available. I am an explorer. I investigate, follow, and ponder whatever opportunities and issues life presents. I am curious about all things by nature and my interests and my writings and art are as varied as my experiences.
« Who is looking after the quality of your analytics?
Are you looking for strategic or financial investors? »