Living in Denial with Indifference to Others 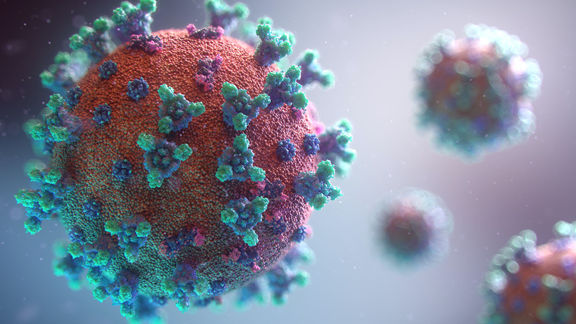 Using vaccines to prevent disease is not new, and neither is opposition and fear to being vaccinated. Republicans decided to use a pandemic and more than 600,000 American deaths to maintain their grip on power regardless the cost or effect.

Mandatory vaccinations in America began when George Washington required all his troops to be inoculated against smallpox at Valley Forge in 1777. The United States has had a mandatory vaccination policy since 1804. Every state today has a list of vaccinations it requires children to be allowed to attend school. Many diseases such as measles are easily prevented by injection with a vaccine proven safe and effective. Unfortunately, the rise of the Anti-vaxxer movement has imperiled that outcome.

The Anti-vaxxer movement, according to Wikipedia, “is a loosely-organized conspiracy theorist subculture that blames the medical practice of vaccinations for a wide range of health problems.” Sadly, it seems too many parents have come to believe vaccinations are dangerous. They see vaccines as potentially harmful, causing autism, infringing on their personal freedom, and therefore choose not to get them. Many believe in several conspiracy theories claiming vaccines are used for government control or to kill unwanted people.

The politicizing of COVID-19 and refusing to be vaccinated is beyond understanding. Donald Trump and the Republican Party are responsible, and their behavior should be viewed as scandalous bordering on criminal. Their denial of the threat to life represented by the COVID-19 virus coupled with anti-vaccination and anti-mask policies put many lives at risk and led to thousands of unnecessary deaths and an overwhelming of the nation’s healthcare system.

Many of these people are highly intelligent, and they come from all political persuasions. Why they are afraid of being poked with a needle is baffling. I appreciate these individuals and parent’s concerns. However, I believe them misguided, misinformed, and in denial of overwhelming scientific evidence to the contrary. What has happened to the teaching of science in our schools?

I grant you the right not to be vaccinated. It’s your body, but that decision comes with consequences that must be acknowledged and accepted as the price for your belief. You have a right to your own body, but you do not have the right to imperil others.

Vaccines have saved millions of lives since their development. But without them, countless numbers of people, especially children, died. In my family, this is not some abstract idea or fantasy. My mother was a 10-year-old elementary student in early January 1924 when she came home from school sporting sniffles and a bit of a cough. My grandparents thought it was no more than a cold and paid no more attention, and her symptoms never became anything more severe. She was asymptomatic.

My mother liked to join in play after school with her three-year-old brother Warren. But this was no ordinary sniffle. Unknown to her or my grandparents, she was infected with a lethal bacterium known as diphtheria. Soon Warren was infected, as was her older sister Fern. The family was quarantined with notices nailed to the front door forbidding anyone from entering or leaving the house. All her parents could do was treat and comfort their children as best they could, pray, and hope for recovery.

The disease progressed rapidly. Warren died, and her sister Fern was expected to join him but recovered. Throughout, my mother never exhibited more than a slight cough and sniffles. When her brother passed the casket was displayed in the front window, so it could be viewed from outside by caring friends and family. That is the way things were done in the early 1920s. Vaccines were few, scarce, and virtually unaffordable for most working poor families.

These events left a deep scar on my mother that was ripped open in 1938 when she learned her four-year-old son had spinal meningitis. Doctors could do little for such a dreadful disease in Wabash, Indiana. They rushed him to a hospital in nearby Fort Wayne where the prognosis was not any better. My brother spent the next several weeks in the hospital; his prospects for recovery or even survival were slim. He was paralyzed from the waist down. The doctors thought that would be permanent if he survived.

The news was Grim, but my mother believed in miracles. Jackie experienced a complete recovery with a return of feeling to his extremities and the use of his legs. He returned home, and the next several months were happy times filled with gratitude, thanks, and relief all had ended well.

But meningitis left Jackie severely weakened and susceptible. He seemed normal and enjoying his return to being like any other five-year-old boy when he jumped off a porch while playing and hurt his back. It seemed insignificant until the pain persisted and seemed to intensify. He was taken to the doctor where it was discovered he had polio. Soon Jackie was again paralyzed from the waist down and back in the same Fort Wayne hospital. This time there was no miracle. He never recovered the use of his legs and his condition continued to deteriorate until he finally gave up his fight. My mother was again confronted with the pain of a close personal loss caused by an enemy she couldn’t see or comprehend.

Jackie died five years before I was born. Years later, when I was in first grade, one of my classmates was diagnosed with polio and missed most of the school year. I remember our class visiting him and how shocked I was to see him caged in an iron lung that literally breathed for him. I remember seeing pictures of countless children in iron lungs. I remember thinking how dreadful it would be to be trapped in that contraption and lie on your back, seeing the world around you through a small mirror placed above your head.

Today’s anti-vaxxer movement must be seen in the context of the anti-science, anti-intellectual, anti-authority, and generally indifferent time in which we live. But I question whether those opposed to vaccinations have any real idea of what kind of suffering—physically, mentally, or otherwise their actions and behavior imposes on others. They think only of “their” rights without regard to the rights of others. They fail to understand that “your” rights do not and cannot be allowed to impinge upon my or anyone else’s rights. The interests of the community weigh heavily in such matters. They would also benefit from having a clear understanding of what their rights are.

Having grown up in a world free of most childhood and other diseases that once took a savage toll on our young, anti-vaxxers are devoid of such fears. They have no memories of childhood diseases such as polio and diphtheria. Polio evoked fear in my mother every summer of my childhood. It was a behavior I never understood until I was older and could connect the dots.

There was a great collective sigh of relief when Jonas Salk announced the development of a vaccine for polio. It was on TV, in newspapers, and the top topic of discussion everywhere. Jonas Salk could have made a fortune, but he chose instead to give the vaccine away. He was no aspiring Jeff Bozos, Bill Gates, or Elon Musk. I remember receiving the polio shot and the booster shot FREE when I was in junior high school in 1957. It was a big event. The school was suspended, and we were all marched to the gym. The whole school was immunized.

The Polio germ cannot exist for long in the environment. It must continually be passed from host to host, making eradication of the disease possible. It is nearly a reality. The eradication of smallpox was due to similar circumstances. Eliminate the host and there is no more disease.

The COVID-19 virus continues to spread and mutate because so many refuse to have a simple needle poke in the arm that costs nothing. Perhaps our mistake was not putting a price incentive on getting vaccinated. The more opportunities for the virus to spread, the more variants we are likely to see, raising the possibility of putting us all at risk again.

That is a big deal. If we cannot contain the virus, it will continue to plague us and put everything we value at risk. The denial of science and refusal to get the vaccination represents frivolous and selfish behavior by too many that have made our predicament precarious for others. I did not mind getting the shots. What I mind is the denial by those on both sides of the political spectrum of the overwhelming scientific evidence that vaccines are safe and effective. Their refusal to have their own children vaccinated imposes a potential peril on others. The reasoning of the anti-vaxxer movement does not matter in comparison to the suffering their selfishness and indifference causes others.

In my community, area hospitals are approaching capacity. The beds are filled by those who refuse to get vaccinated. What happens to someone with a dire medical emergency that cannot be admitted because there is no room? A man in Alabama died after being refused admittance to 43 hospitals in a cardiac emergency. What a sad day we face. What have we become?

Jerry Lawson Writer/ghostwriter/essayist (www.jerrymlawson.com), freelance journalist and artist. As a historian and biographer, Jerry operates a business focused on writing memoirs, biographies, and personal histories for private clients. Jerry was adjunct professor teaching history and government at several universities and worked as a reporter, editor, and managing editor of a newspaper. He acquired other experience working in industry, business, and banking. A recognized artist creating mosaics using hardwood scraps and pieces that are other’s trash. I live to write, create and make things using whatever medium is available. I am an explorer. I investigate, follow, and ponder whatever opportunities and issues life presents. I am curious about all things by nature and my interests and my writings and art are as varied as my experiences.
« Facebook and Google Love Stock Buybacks
GPT-3 writes like a writer, programs like a programmer, and can be … dangerous »