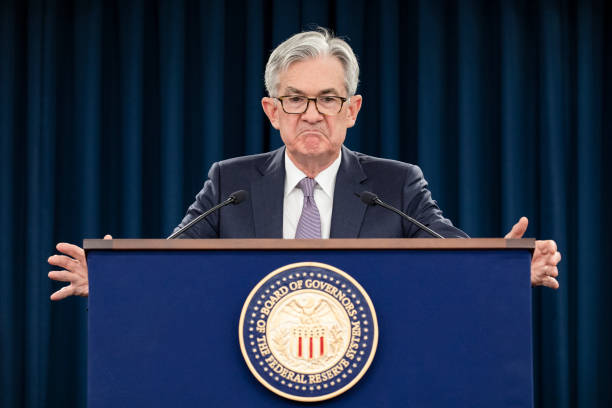 Now, he finally says the Fed is ready to take “forceful and rapid” action.  If he had said that in March 2021, he could have taken “forceful and gradual” action.

The best measure of consumer inflation is the Consumer Price Index (CPI), which truly reflects the increase in prices faced by the average consumer.  The Fed looks at a different consumer inflation measure called the Personal Consumption Expenditure (PCE) which measures price increases and anticipated consumer reaction to those increases.

The PCE will always be lower than the CPI and is not an accurate indicator of price increases facing consumers. Still, the PCE is currently 6.3%.  The Fed target is 2%.

The Fed just completed their annual closed-door meeting in Jackson Hole, Wyoming.  Based on Powell’s comments, it looks like he will finally get it right.

“Central banks can and should take responsibility for delivering low and stable inflation,” Powell said last week. “Our responsibility to deliver price stability is unconditional.”

Why didn’t he say that in March of last year?

Powell admits that will be painful, but the cost of entrenched inflation where consumer psychology changes so they expect inflation, is much higher. “History shows that the employment costs of bringing down inflation are likely to increase with delay,” Mr. Powell said. “Our aim is to avoid that outcome by acting with resolve now.”

Why didn’t he say that a year and a half ago?

Fortunately, the labor shortage we are currently experiencing will mean the Fed’s actions will have a much smaller negative impact on unemployment.  That will make the recession less severe.  Usually, when the Fed takes drastic action like this, the unemployment rate rises significantly as was the case in the early 1980s when the unemployment rate soared to double-digit levels.

It is good to see that Powell finally recognizes the inflation problem and seems committed to fixing it. “We will keep at it until we are confident the job is done,” Powell said.

Michael Busler Michael Busler, Ph.D. is an economics expert, a public policy analyst and a Professor of Finance at Stockton University. He offers analysis and free market solutions to economic and public policy problems that are consistent with the principles of freedom and Democracy.
« Medicare / Medicaid / Advantage — Where Are The Opportunities For Startups? — Part 1 of 2
Steps to Electromobility in California »