So, is Russia Thriving or Imploding? Medias Show Polarizing Headlines 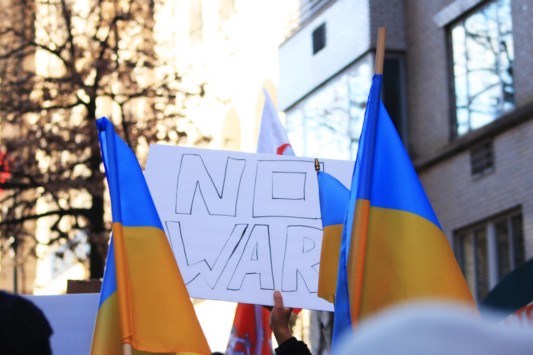 A Refresher on Sanctions & their Impacts on the Russian Economy

The Ukraine and Russia war began on February 24.

Almost 6 months have passed, with no end in sight. The war has ballooned into a global crisis, leading to volatile energy and food prices.

While not directly intervening militarily, the West has supported Ukraine financially and militarily and imposed economic sanctions on Russia.

The initial line of thought was to cripple Russia’s war chest until it could not continue its war efforts in Ukraine. However, the war has become a quagmire, and some are doubtful about the effectiveness of the sanctions.

Ironically, the Russian current account surplus hit a new all-time high of $166 billion in the first seven months of this year — triple its level in the same period a year earlier, which was already a record high.

This leads to the question: will the sanctions ever be effective enough to stop Putin?

Or does Putin have all the cards on the table?

Major publications seem to be confused as well.

On the one side, you see publications like Bloomberg, Economist, etc., reporting that the sanctions are not as effective.

On the other hand, research papers and financial Youtubers specify the contrary.

In this article, we will first provide an overview of the economic sanctions and then delve into the effects and the timing of when they might take effect.

An Overview of the Sanctions

A slue of financial and economic sanctions have been executed from the West and ally nations. Therefore, I think it is essential to revisit the sanctions.

2.1. Ban on the export of high-tech products (commercial)

Most of them seem devastating, but at first glance, the high energy prices seem to help Russia’s case.

Despite the Sanctions, Russia seems to be thriving.

In June, Russia’s ruble hit its strongest level in 7 years.

But what exactly is going on?

Due to the surge in energy prices, Russian oil is still 60% above typical export pricing last year, even though it is still significantly discounted from international rates.

This is simply because Western countries cannot rapidly reduce their energy procurement from Russia to zero. The EU depends on Russia for 40% of its natural gas, 25% of its oil, and 45% of its coal.

More than 100 days after the invasion began, many European countries, such as Germany, Italy, the Netherlands, and Japan, still paid Russia for fossil fuels.

Meanwhile, China has become the largest buyer of Russian oil, surpassing Germany. They have bought $12.6 billion worth of oil since the war began. It has also been reported that Beijing opened discussions with Moscow to purchase additional oil supplies, which signifies that China was strengthening its energy ties with Russia as the country struggled to offload its oil amid the sanctions.

India has also increased their spending by negotiating lower prices, as low as $70 a barrel.

The Russian military is estimated to be spending anywhere from $100 million to several hundred million daily for the war against Ukraine. At a minimum, the war costs $3 billion a month, or about $10 billion in three months.

On the other hand, Russia is said to have earned about $13 billion from energy exports alone in the first 100 days of the war, which translates to about $12 billion per day, more than the cost of the war. (According to CREA, a Finnish think tank.)

Despite the decline in total exports, the unprecedented rise in international market prices is a tailwind.

According to Bloomberg, Russian corporate profits have surged 25%.

Or is the Russian government cherry-picking data?

The countries’ GDP results were out in early August, and the economy shrank 4 percent from April through June YoY.

Russia’s economy likely “shed four years of growth, returning to its 2018 size in the second quarter,” per Bloomberg Economics Russia economist Alexander Isakov, according to the news agency.

It contrasted with the first quarter when the economy grew by 3.5 percent. So the economy seems to be contracting, but it is not as drastic as people initially believed.

Key Point 1: Russian imports have collapsed by over 50 percent.

It is assumed that Russia imports products from Asia, replacing their lost products from Western countries. However, according to the Chinese General Administration of Customs, Chinese exports to Russia collapsed by more than 50%.

The Russian government reports a plateau in inflation as of late.

However, multiple data points imply that domestic consumption is decreasing.

Youtuber “Inside Russia” gives you an unfiltered look at the empty stores in Russia after the sanctions.

Key Point 3: There is high unemployment

Over 1,000 companies retreated from Russia and are estimated to have reduced 5 million jobs from the Russian workforce.

This plight equates to three decades’ worth of foreign investment disappearing. So how can the Russian economy be thriving?

Key Point 4: Russia is running on a budget deficit and needs to use its rainy day funds.

Russia is currently running a 2% budget deficit this year. The main reason is the increased military spending, and he has to access his rainy day funds. This is where the sanctions prove effective, as Putin cannot access $300 billion of foreign exchange reserves.

Nevertheless, the situation is opaque, and it is challenging to grasp the reality of the Russian economy.

However, regardless of the situation, the key differentiator is whether or not Europe can reduce its dependence on Russia. If Europe is not a buyer, China and India probably cannot cover the unsold supply, leading to a severe collapse in Russia.

So the question remains, can the EU stop importing natural gas from Russia?

It is difficult to generalize about the EU, as the dependence on Russian gas varies heavily by country.

For instance, Eastern and Central European nations are significantly more dependent than Western countries. However, the whole union needs a collective effort if the aim is to ban imports of Russian oil and gas.

There have been some developments, but it is questionable whether they will be effective.

Countries like Germany have looked at alternative energy resources to decrease their dependency on Russia. They have restored 16 of its coal power plants, calling it a “necessary but painful move” to curb gas flows from Russia.

Furthermore, German chancellor Scholz made a U-Turn on the politically charged nuclear energy source, extending the lifetime of the 3 remaining nuclear power plants. As a result, German sentiment toward nuclear has drastically changed.

In July 2022, Algeria struck a multi-party deal with TotalEnergies (France), Eni SpA (Italy), and Occidental Petroleum (US) to develop the Berkine basin to raise the natural gas supply.

But infrastructure plans require time, and the short-term situation is deeply unsettling.

What to look forward to towards the end of the year.

In the coming weeks, EU gas demand will spike due to the cold winter, when heating usage increases.

In other words, winter is the time for the EU to become most dependent on Russia.

Russia can use the EU’s vulnerability to this is the time when Russia can confront the EU and other Western countries by flirting with a potential “gas supply cutoff,” which could cripple the EU.

If Russia has the war chest to continue the war for several months, even if revenues from gas are halted, we may see some hard negations.

However, if Russia’s finances are slim to none in the winter, Russia will probably try to squeeze every dollar from the EU. At this point, we may be able to see who has the upper hand. We will see how effective the sanctions are when we see how Russia moves in the winter.

If the EU can figure its supply out and help with the energy crisis, it might be the crucial step we need for a ceasefire.

Furthermore, with the EU solving its energy dependence, the energy crisis will cool off, and we may get low energy prices. Hence, we may see signs of disinflation next year. Just imagine what that CPI print will do to the market!

Despite its size, Russia only has 11 time zones. When it was first established in 1918, the country had 23 time zones, but this was reduced to 11 in 2010. This might not seem like much of a fun fact, but it’s quite interesting when you consider the history behind it. The 23 time zones were originally created to help improve railway schedules, but they quickly became a source of confusion and chaos. In one famous incident, a train carrying Vladimir Lenin arrived at its destination an entire day late because the engineer had misunderstood the time zone changes. As a result, the decision was made to reduce the number of time zones, making it easier for people to keep track of time across the vast country.

Is it true? I don’t know, but it certainly is interesting. Try giving AI your prompt for free here!

Want to get more reports about macro data? Consider signing up for our newsletter. It is free!

If you enjoy reading stories like these and want to support, consider signing up to become a Medium member. It’s $5 a month, giving you unlimited access to stories on Medium. If you sign up using my link, I will earn a small commission

Sam Warain I am half Filipino/half Sri Lankan and living in Tokyo, Japan. After spending a few years in MBB consulting firm, I moved to an AI Start-Up in Tokyo at an early stage (Series A). We successfully had an IPO at $1bn valuation on the Growth Index in Japan. Currently, I transitioned to a COO role at another AI firm specifically providing services to the manufacturing industry. I have a Newsletter called "Inflated World" sharing personal anecdotes of people experiencing inflation worldwide, especially developing countries. Please consider subscribing. https://inflatedworld.substack.com
« 3 Things That Make a Great Career
Would You Press the Psychopath Button? »