Few Things Are as Difficult to Predict as the Future 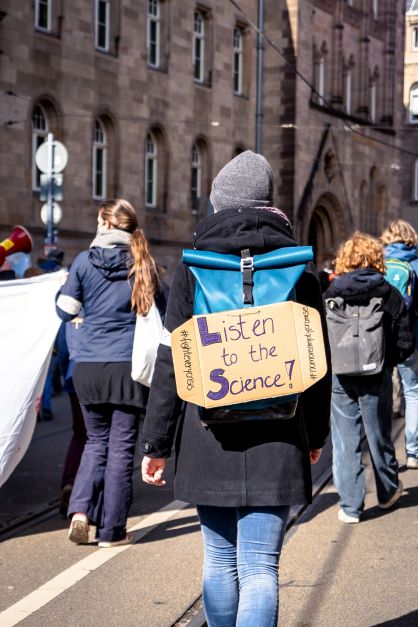 Is It Really Difficult?

It is a famous truism that few things are as difficult to predict as the future. But is it really so difficult? Sometimes, it is relatively straight-forward.

Through my entire working life I have worked in projects trying to predict aspects of the future. The aspects we have tried to predict have been the growth of markets for different products and services, or the development of GDP in a country or an economic area. In most cases it seems difficult because it is difficult to make sure that you include all the relevant factors that influence future growth or decline in an industry or in the economy overall.

Naturally, there is a need for assumptions that set down some of the cornerstones that have to be relied upon to determine the pace of development.

One of the more straight-forward cases of predicting the future that I have experienced is that of predicting the future need for electricity in the face of a transformation to a sustainable society. It is impossible to determine the exact pace at which the adoption of electromobility and other aspects of the change will go at, but it is possible to very accurately calculate the amount of electricity that will be needed to fuel different portions of vehicle fleets in the summer as well as in the winter.

It is well known how many kWh it takes for a car to go 11,000 km, which is roughly the average distance for cars in Europe, or twice that distance, 22,000 km, which is roughly the average distance driven by cars in the United States. On average, approximately 2,000 kWh are needed to drive a car 11,000 km and twice that amount is needed in the United States to drive 22,000 km.

If all cars in Germany are to be driven on electricity, there will be a need for about 90 TWh, the production of 10 nuclear reactors or 30,000 wind turbines. The annual production in Germany is 600 TWh, which means that on average, throughout the year some 15 per cent of all electricity that is produced at present would be used. This is likely to require significant expansion of power production, but also significant expansion of charging infrastructure and power grids.

This is relatively straight-forward, but it gets more complicated:

Other countries with less cold climates may experience smaller differences between summer and winter electricity use for electromobility.

The total power need for the charging of electric vehicles may amount to more than 20 per cent of all electricity that is produced in the summer and more than 40 per cent in the winter.

Elon Musk estimates that countries will have to double power production to facilitate the transformation to electromobility.

In Northern Sweden there are two large-scale projects to produce steel using hydrogen-fuelled processes. These may need as much as 50 TWh on an annual basis. This is equivalent to the production of some 6 nuclear reactors or 15,000 wind turbines.

It is also possible to estimate how large investments will be needed to build charging infrastructure, invest in additional power generation and expansion of power grids.

It is possible to map all of this and relatively accurately estimate how rapidly different resources need to be expanded. Different scenarios can be developed for the presence of electric road systems of different sizes at different points in time and scenarios where stationary charging may be the only alternative.

All information about present vehicle fleets, where vehicles are parked at different points during the day, and the driving patterns for different vehicles are available in different forms and can be gathered together to map the need for charging infrastructure and the expansion of power production and grids.

How much electricity will be needed in different countries in 2035, when the environment ministers of the EU have decided to ban the sales of new petrol and diesel cars? It can be determined for different scenarios, assuming that the growth of electric vehicle fleets has been going on at different paces for another thirteen years and that countries may or may not have used the time available to build electric road networks.

Drawing up the different scenarios of the future is easy when you have access to most of the data regarding present patterns of use of cars, buses, and trucks.

It would be a good idea for governments to do this type of mapping, but they need to develop

Mats Larsson Mats is a business and sustainability consultant with 30+ years' experience. In the past 15 years he has written extensively about the large-scale transformations to electromobility and a circular economy that are in their early phases, but also worked with business development in many other high-tech and sustainability areas. He is an experienced project and change manager, has developed strategies for companies in a wide range of industries, and likes to tackle subjects of importance for the development of society. He was one of the first to write a book about e-business strategy, "The Transparent Market," written with David Lundberg and published in 1998.
« Web Scraping to Predict Competitor Performance in Retail
How Positive Management Improves Success »