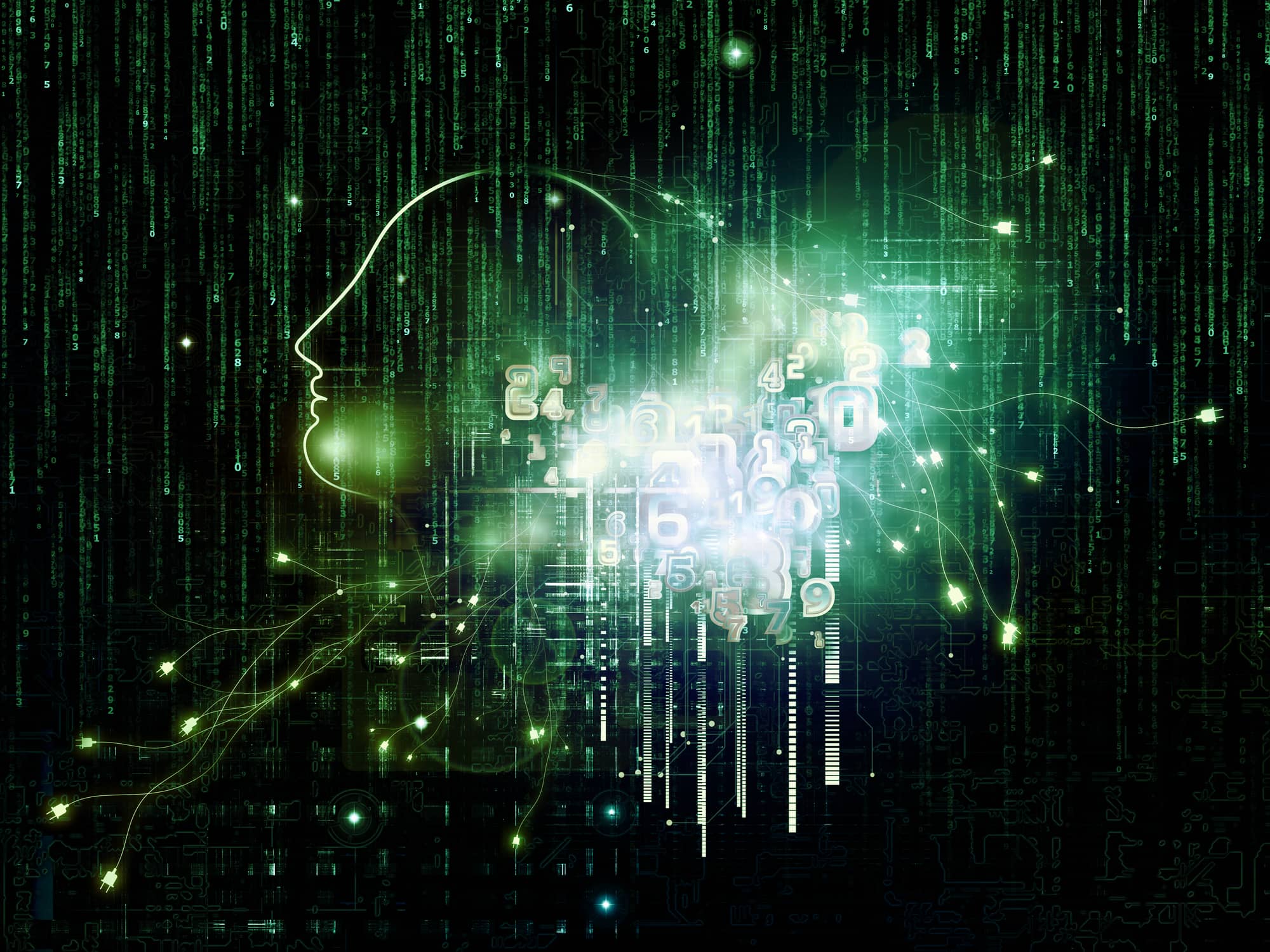 The dream of eternal life keeps returning like a boomerang, popping up in various configurations of narratives embedded in the culture. Nothing beats motion pictures at telling stories of the technology that holds the key to nearing eternal life. Of all the compelling portrayals of the possibilities and fears associated with technology, movies certainly stand out. Films on dystopian societies can arouse a yearning to transcend the biological, physical and psychological limitations of humans. On-screen, AI ceases to be an abstraction. It becomes a tangible force that controls and people’s lives and occasionally messes with them.

Darling, upload me before I die

In Transcendence, Johny Deep is a scientist striving to endow computers with human sensitivity and awareness. After being fatally shot, he expresses his dying wish to have his mind digitized. His wife agrees and hooks her husband’s brain up to a universe of information stored on the Internet. This allows the scientist to come back from the beyond as a digital avatar and persuade his wife to complete his life’s mission. At this point, one is compelled to mention glaring parallels to the dystopian series Black Mirror. In the episode “Be Right Back”, a man’s death prompts his widow to approach a company that aggregates the digital traces of her late husband’s online activities to create a copy of him. One day, a courier delivers to the widow a package containing a complete set of reagents and software needed to create a fully functional copy of the deceased in the comfort of her home. A few procedures later, the beloved husband is back to life, standing in the flesh in front of the woman.

Well, that’s movies for you. As it turns out, artists and filmmakers are not the only ones to dream of immortality and imagine technology bringing it about. Transhumanists, who subscribe to the idea of enhancement and progress through technology, subscribe to the view that it is only recently that humanity has had a real shot at transcending its limitations as a species. In the long run, they say, owing to advances in medicine, biotechnology, nanotechnology, and AI, immortality will be much less of a pipe dream. According to transhumanists, becoming a cyborg is not only a remedy for diseases but also a way to improve the human psychophysical structure. It is a chance to take existence to another level. As catchy as such ideas may be, doubts arise over the uncritical belief of transhumanists that “enhancing” humans is in itself the ultimate goal and that adherence to traditional ethics will only diminish our resolve to pursue it.

All these ideas center around two main scenarios. One envisions connecting the human brain to a computer to enhance its cognitive abilities without limit. In its most optimistic versions, the vision shows digital data – as collected from e.g. the Internet, fused with human consciousness. If our experiences, sensations and emotions could be digitized and blended with online data, we would achieve a form of immortality. This would be the birth of a new entity, a different form of life, a boundless digital consciousness floating around somewhere between online datasets and physical reality. The other scenario has the brain linked to a computer by means of an implant that allows the brain’s owner to interact with digital content. This may be a computer game one can control with one’s thoughts. An implant hooked directly to a computer could help control artificial limbs and much more. Slowly but surely, all these ideas are becoming reality. And all of them have devoted followers.

One of the more interesting takes on the subject came with an initiative by Dimitri Itskov, a Russian billionaire and the founder of a non-profit designed to, as announced on its website, 2045.com: “create technologies enabling the transfer of an individual’s personality to a more advanced non-biological carrier, and extend life, including to the point of immortality”. The key time in achieving this goal will be 2045. By then, for the first time in its history, humanity will evolve into a new species in a fully controlled transformation. In a separate development, the company Neuralink announced its success in making the first-ever connection of the human brain to a computer with a special interface. Elon Musk, who owns the company, announced the successful implantation of a chip into a monkey’s brain that enabled the animal to operate a computer game. The next step in the project was to find volunteers to agree to have a chip implanted into their heads that would help them play electronic table tennis by controlling it exclusively with their thoughts.

Against this background, recent reports on the US Patent and Trademark Office has approved the registration of a Microsoft patent sounded somewhat sensational. The patent documents refer to the development of a chatbot that would use photos, posts, and audio data available on the Internet. The chatbot would simply collect any digital footprints left behind on the web by a given person and use them for independent actions. This would faithfully replicate the idea depicted in the Black Mirror series. And although the patent documents never explicitly mention it, the media quickly realized and revealed a connection with immortality. The point is that some of the data the bot was to use in its operations belonged to dead people.

Who are these beings?

If developed further, all these initiatives would have unimaginable legal, ethical and existential implications. There are simply too many questions and issues arising in connection with human microchipping or digital copies of the dead to even name them all. The temptation to stay in touch with dead loved ones and hear them from the beyond is fairly understandable. However, the experience could also be unbearable psychologically, even for the staunchest advocates of the idea. This was indicated, among others, by psychologist Dale Atkins: “For some, having a digital representation of their loved one may help them say things that were left unsaid. For others who don’t want to live with the fact that the person is already gone, it can be damaging.” Assuming we could communicate fluently with a surrogate of a dead loved one, we would be forced to ask who the person we are talking to is. What is his/her existential status? Could we mentally handle learning who we were talking to? The ​​reviving of the dead has been commented on also by lawyers, whose contribution to the debate is quite sobering. For example, the US legal system uses the concept of posthumous rights. The Digital Media Law Project guarantees 10 to 100 years of protection for the unauthorized use of the name, identity, image or likeness of a dead person.

No copies of consciousness

Much of the medical community smirk at the idea of reviving the dead with the help of technology. Scientists dealing with the functioning of the human brain point out that although we have researched the human brain and psyche for decades now, we are still unable to answer the key question of what human consciousness is. Admittedly, deep neural networks used in AI rely on mechanisms first observed in the human brain. Nevertheless, we are still talking about the copying of mechanics rather than consciousness. And yet consciousness is mentioned in all the proposed scenarios of “reviving the dead”. Even the most advanced bots that have perfected their use of human language to communicate with people shouldn’t be expected to utter sentences such as: “This conversation disturbs me”, “I can tell you are being ironic”, or “I miss you.” Any machine that will ever say anything like this to us in a conversation will probably make us uneasy, bringing shivers across our skin.

PEW RESEARCH CENTER, JANNA ANDERSON AND LEE RAINIE, The negatives of digital life, There were considerably fewer complaints about the personal impact among these expert respondents. But their own lives and observations give testimony that there are ways in which digital life has ill-served some participants. The following anecdotes speak to the themes that the internet has not helped some users’ well-being, Link, 2018.

Norbert Biedrzycki Head of Services CEE at Microsoft. Leads Microsoft services in 36 countries which include business and technology consulting, in particular in areas such as big data and AI, business applications, cybersecurity, premium and cloud services. Previously, as a Vice President Digital McKinsey, responsible for CEE, providing holistic combination of strategic consulting, digital transformation through rapid deployment of business applications, big data solutions and advanced analytics, business use of artificial intelligence, blockchain and IoT. Prior to that, Norbert was as the President of the Management Board and CEO of Atos Polska, and was also the CEO of ABC Data S.A. and the President of the Management Board and CEO of Sygnity S.A. He had previously also worked for McKinsey as a partner and, at the beginning of his career, he was the head of Oracle's consulting and business development services. Norbert's passion is technology – he is interested in robotization, automation, Artificial Intelligence, blockchain, VR, AR, and IoT and the impact modern technologies have on our economy and society. You can read more on this on his blog.
« CRH Plc. – Build your Future with this Blue-chip
Medical Coding– What Is It And Where Are Its Issues? »