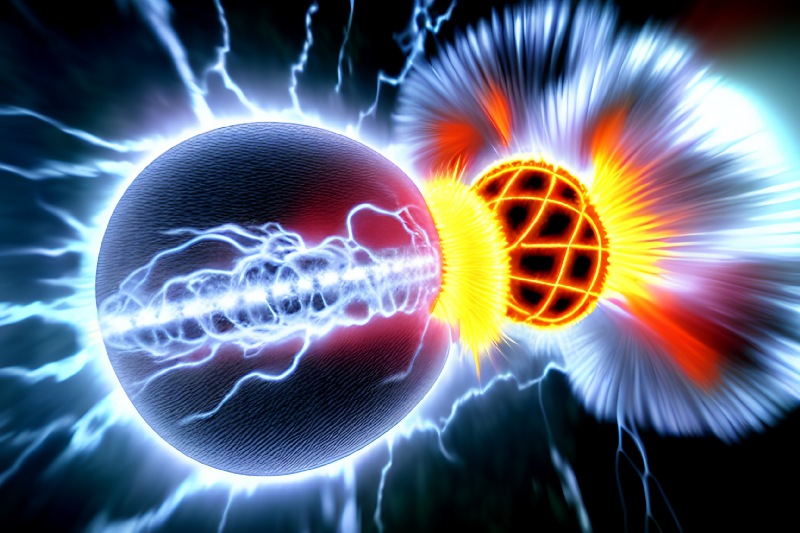 How would you feel having a sun burning in your backyard? At the first glance, pretty scared, right? But what if that tiny sun would give you an almost infinite amount of free electricity? To render your electricity bill null and allow you to mine as much bitcoin as you’d like. Well, now it feels like the risk is worth it, isn’t it?!

Nuclear fusion, the process that powers the sun and other stars, could actually make this possible in the not-so-far-away future, as scientists are working to harness this energy for use on Earth. And they just had a breakthrough.

In this article, we will explore what nuclear fusion is and what is new in this area.

What is nuclear fusion?

Nuclear fusion is nothing new, as it was first discovered in 1920 by Arthur Eddington — who suggested this may be the method stars use to generate energy. It has also been used to create hydrogen bombs, which create an uncontrolled release of energy. However, for it to be a useful source of energy, the reaction needs to be controlled well and safely.

Nuclear fusion is the process of combining atomic nuclei to generate a heavier nucleus while emitting a substantial amount of energy. This energy is released by applying Einstein’s E=mc2 formula to convert some of the mass of the merging nuclei into energy.

One of the primary benefits of nuclear fusion as an energy source is its potential to be a virtually endless and clean source of power. Nuclear fusion, unlike fossil fuels, which are finite and emit greenhouse gases when used, emits no harmful emissions or pollutants. Furthermore, hydrogen, the fuel for nuclear fusion, is abundant and cheap.

However, producing sustained nuclear fusion on Earth has proven to be a difficult task since the fusion process demands extraordinarily high temperatures and pressures to ignite and maintain. These conditions are required because, in order to fuse, the positively charged nuclei of atoms must be brought close enough together to overcome the electrical repulsion between them. The hydrogen nuclei are ionized, or stripped of their electrons, at the extreme temperatures and pressures found inside the sun, allowing them to come into close proximity to fuse.

Other techniques, such as laser-induced fusion and beam-driven fusion, are also being investigated.

However, there are several possible risks to using nuclear fusion as an energy source, including the risk of radiation mishaps and nuclear proliferation if the technology falls into the wrong hands. As the subject of nuclear fusion advances, these and other challenges will need to be carefully studied.

Despite the hurdles, tremendous progress has been made in the science of nuclear fusion over the years, and many experts believe that fusion will be a viable energy source in the near future. Nuclear fusion, in addition to its promise as a clean and almost infinite energy source, could have other major applications, such as the manufacture of medical isotopes and the synthesis of novel materials.

Nuclear fusion is important for a number of reasons:

Nuclear fusion has the potential to be a major source of clean, abundant, and safe energy for the future.

The main purpose of this article was to educate the reader about what nuclear fusion is and why it’s important. Also, it was to bring to view a new breakthrough that is a game-changer in this scientific domain and may soon prove to change our world.

In December 2022, a breakthrough was announced by US scientists, stating that for the first time since the inception of nuclear fusion research, they managed to reach a net energy gain from nuclear fusion. This means that the nuclear fusion reactor generated more energy than it required to be sustained, which in turn means that this technology just became profitable.

It will still take maybe a decade worth of research to create nuclear fusion power plants all over the world, but that doesn’t mean this breakthrough should be underestimated.

This technology could bring us not only extremely cheap energy (which would explode the cryptocurrency use — in case you wanted to know) but would also mean that in the future, all types of transportation units and other tools could be powered by nuclear fusion units.

This is extremely critical since we are now at a crossroads in human evolution, where we need to increase the total energy output of humanity, while also decreasing the pollution and environmental impact of that energy production.

Nuclear fusion may just be exactly what we need to do so.

Hopefully, this article gave you an interesting overview of nuclear fusion, so that you can be informed about what impact it could have. Also, in the near future, we may see companies jump into this new area, which may be publicly traded. You can now make a data-driven decision on whether or not you should invest in them or not.

Thank you for reading!

I am a freelancer passionate about artificial intelligence, machine learning, and especially deep learning. I like writing about AI, psychology, gaming, fitness, and art.
« These Are The Reasons Why Tesla Stock (TSLA) Is A Buy Right Now
4 Habits to be a Better Data Scientist in 2023 »