How to Add Artificial Intelligence Exposure to Your Investment Portfolio 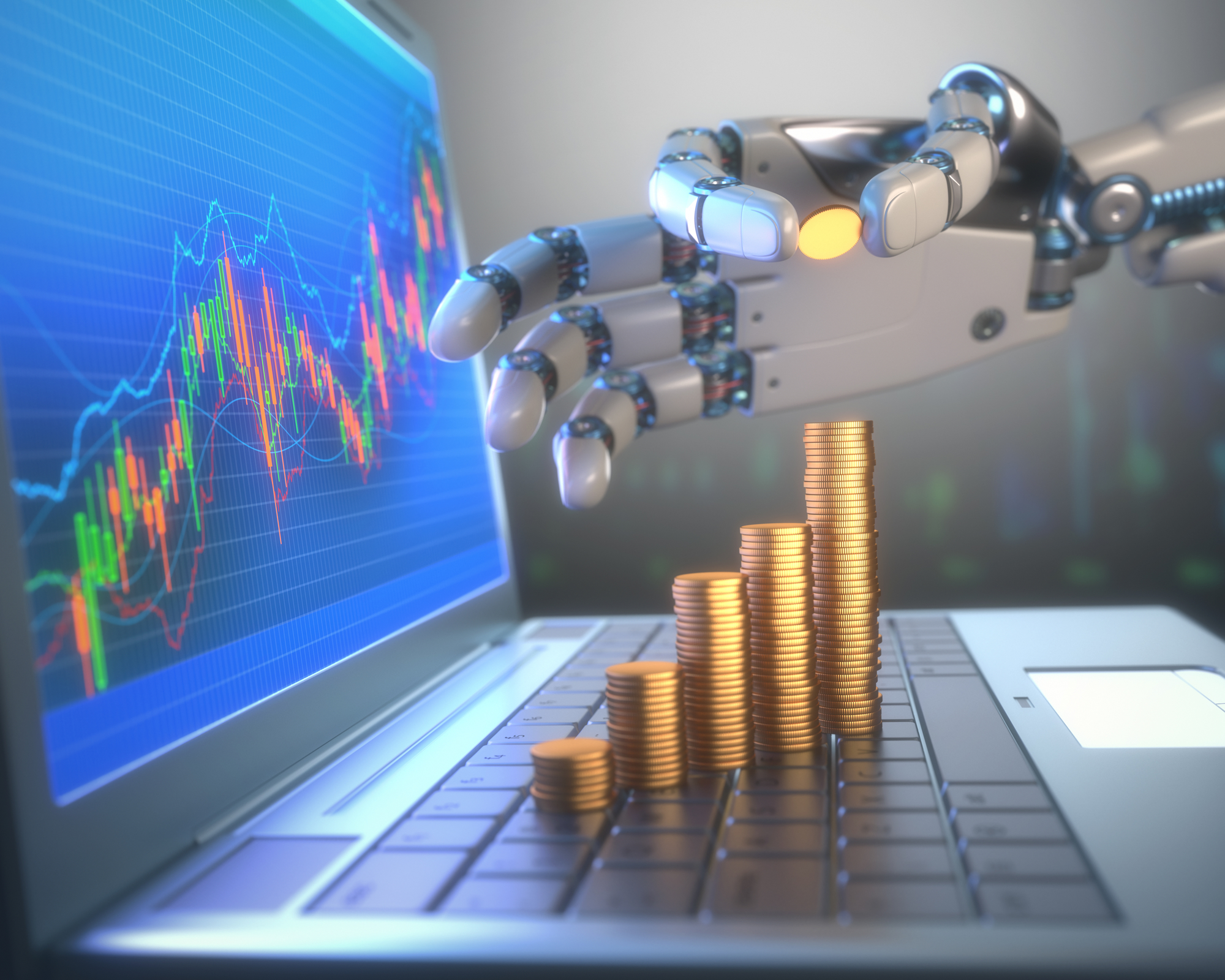 Whether artificial intelligence (AI) will end up destroying humanity as Stephen Hawking and Elon Musk have suggested or whether it will be a gift that makes life easier for both businesses and individuals remains to be seen, what everyone can agree on, however, is that artificial intelligence will play a major role in the future.

What is Artificial Intelligence (AI)? 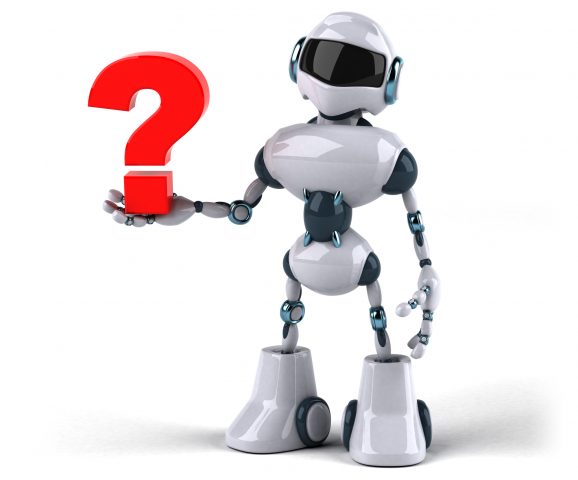 While artificial intelligence has become one of the most talked about technology topics today, the concept is actually not new at all. The first-ever definition of artificial intelligence dates back to the mid-1950s when a Dartmouth College professor named John McCarthy launched a research project focused on the idea that “every aspect of learning or any other feature of intelligence can in principle be so precisely described that a machine can be made to simulate it.”

Due to the immense technological advancements that have been made since then, artificial intelligence can now do more than just beat a human player at chess. Through the combination of big data and immense computing power, the AI of today can possess near-human and, in some cases, better-than-human intelligence when it comes to completing specific tasks.

In simple terms, artificial intelligence is a field of engineering and science that aims to build intelligent computer systems.

Artificial intelligence technology can be found in your iPhone’s speech recognition features, on Facebook in the way it curates your newsfeed, and in Uber’s self-driving cars. These are just a few examples of AI in use today.

In the not-so-distant future, you will have robots helping you in the house or in the workplace that possess sufficient artificial intelligence to complete their tasks, the majority of customer support will be serviced by AI that can give customized advice, and computer will aid doctors in providing more accurate medical diagnoses, among many other use cases.

How to Add AI Exposure to Your Portfolio

Given the role that AI will likely play in the future of society, many investors are looking at gaining exposure to this flourishing industry. Currently, there are three main ways to add AI exposure into your portfolio; by buying leading tech blue chips, by purchasing AI-centric ETFs or by investing in companies with a strong AI focus.

Leading tech giants Alphabet, Apple, and Facebook, for example, are all utilizing AI for various businesses purposes. Hence, adding any of these leading tech stocks in your portfolio will allow you to benefit from advancements in artificial intelligence technology.

Google’s parent Alphabet (GOOG) is one of the most-involved tech giants when it comes to AI. Google has been using AI for its search engine ranking algorithms for decades and has several AI-focused business areas such as Google Home, its answer to Amazon Echo, its driverless car technology, and its machine AlphaGo, which recently beat the world’s best human at the Chinese strategy board game Go to name a few.

Apple (AAPL), on the other hand, uses AI in its popular iPhone smartphones. Voice recognition technology ‘Siri’ can be used to navigate through the phone without touching a button, while facial recognition technology now unlocks the newest range of iPhones. The company is also rumored to be developing its own electronic autonomous vehicles.

Social media giant Facebook (FB) aims to create “the best AI lab in the world” where leading AI developers can provide solutions to today’s most challenging issues in this field. Facebook currently uses AI technology to curate news feeds, for its facial recognition features that can find individual’s faces on images, and to counter terrorism by using AI-based search algorithms that find images and language related to Islamic terrorist activity.

Notable peers of the above-mentioned tech giants, such as Microsoft, IBM, and Amazon are also leveraging AI technology and provide investors with AI exposure.

Probably the most AI-focused ETF on the market is the Global X Robotics & Artificial Intelligence ETF (BOTZ), which purchases “companies that potentially stand to benefit from increased adoption and utilization of robotics and artificial intelligence (AI), including those involved with industrial robotics and automation, non-industrial robots, and autonomous vehicles.”

This ETF is an open-ended equities fund that charges a 0.68 percent annual fee and invests in global equities with exposure to robotics and AI technology. Its biggest holdings include Intuitive Surgical Inc, FANUC Corp, Keyence Corp, and Yaskawa Electric Corp.

Another very interesting ETF in this space is Ark Invest’s ARK Innovation ETF (ARKK), which has stocks of Tesla, Nvidia, Twitter, and Amazon in its top holdings that provide the fund with ample exposure to AI technology. The ETF has a 0.75 percent expense ratio and is an actively-managed fund that invests in “in domestic and U.S. exchange traded foreign equity securities of companies that are relevant to the Fund’s investment theme of disruptive innovation.”

A list of further AI ETFs exposure can be found here.

Companies with a Strong AI Focus

One of the listed companies that stands out the most in this category is the leading computer chipmaker Nvidia (NVDA), which produces AI processors that it sells to leading tech companies that are engaged in cloud computing, such as Amazon and Microsoft. Nvidia also provides technology for early-stage self-driving car trials. Despite the fact that Nvidia’s core business is the production of gaming CPUs it is an excellent pick for AI equity exposure.

Verint Systems (VRNT) is another interesting stock that falls into this category. Nasdaq-listed Verint Systems is an analytics company that sells hardware and software for customer engagement management, surveillance, security and business intelligence. For these services, the company leverages artificial intelligence and machine learning technologies. According to a Zacks report, the company “has over 10,000 customers in 180 countries and calls more than 80% of the Fortune 100 a client,” and recently surprised Wall Street with better-than-expected earnings.

Should You Add AI to Your Portfolio?

There are a multitude of companies and ETFs you can invest in to gain equity exposure to benefit from the boom in artificial intelligence technology. However, that still begs the question whether you should actually bet on this trend or not.

Given how technology has evolved in the past 20 years and how much it affects our day-to-day lives today, it would be a big surprise if artificial intelligence were not to play a role in society in the future. The wide range of use cases and applications that AI has in both business and in individuals’ personal lives will likely mean that companies that lead the way in the development of artificial intelligence technologies will be able to reward their shareholders handsomely in the future.

John DeCleene Whilst having spent a lot of his life in Asia, John DeCleene has lived and studied all over the world - including spells in Hong Kong, Mexico, The U.S. and China. He graduated with a BA in Political Science from Tulane University in 2016. Fluent in English and proficient in Mandarin and Spanish, he can communicate and connect with most of the world’s population too, and this certainly helped John as he gained work experience interning for the U.S.-Taiwan Business counsel in Washington D.C. as an investment analyst and then working alongside U.S. Senator Robert P. Casey of Pennsylvania as a legislative intern. He subsequently worked as a business analyst for a mutual fund in Singapore, where his passion for travel and aptitude for creating connections between opportunities and ideas was the perfect intersection of natural ability and experience, spending his time travelling between Cambodia, Hong Kong, and China investigating and discovering untapped investment opportunities. John is a fund manager for OCIM’s fintech fund, and currently progressing towards becoming a CFA charter holder. He loves to travel for business and pleasure, having visited 38 countries (including North Korea); he represents the new breed of global citizen for the 21st century.
« What Does a Well-Diversified Digital Asset Portfolio Look Like?
How Blockchain-as-a-Service (Baas) Platforms are Speeding up Blockchain Adoption »