5 Ways to Earn from Cryptocurrencies Besides HODLing 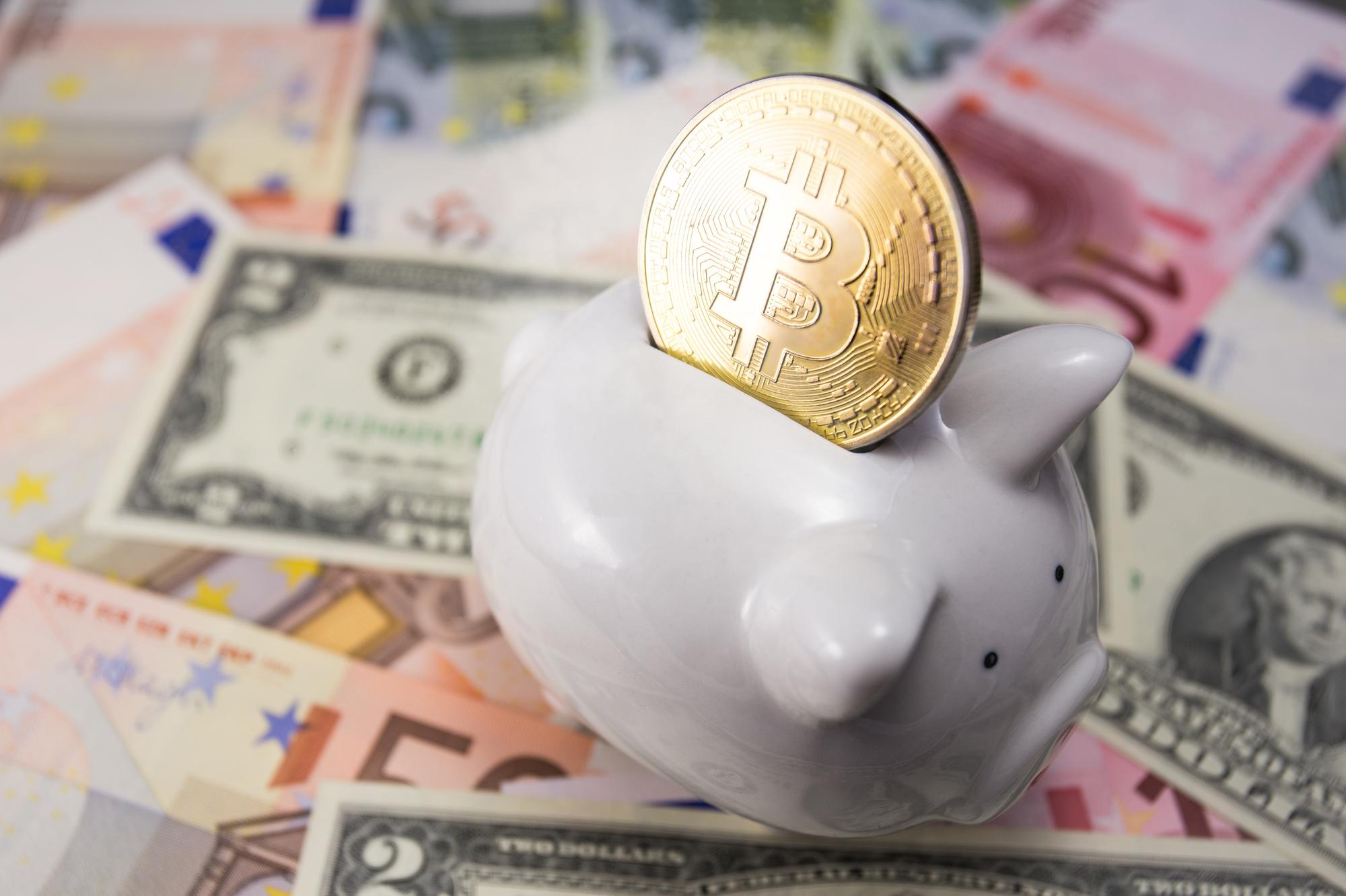 Many of you might believe that the only way to make money in the cryptosphere is to simply buy a coin at a suitably low price, HODL, and then cash out if/when it reaches the moon.

Truth be told, while HODLing may well prove sufficient for some investors, there are many more ways to reap rich rewards through cryptocurrencies. Indeed, depending on how much time, money and effort you’re willing to invest, some of these methods may even end up generating consistently substantial income for you.

We outline a few of the most popular…

With fiat currency, central banks are usually responsible for issuing new notes and coins. But in crypto, new units of certain cryptocurrencies (those that use the Proof of Work (PoW) consensus algorithm, such as Bitcoin and Ethereum) are added to the existing circulating supply through mining.

This process involves bundling transactions into blocks and adding them the blockchain, and it uses powerful cryptography to ensure this is done securely. For conducting this process, miners are rewarded with newly minted coins. And the good news is that in most cases, you can carry out this process yourself.

What you’ll require to mine in terms of hardware will largely depend on the coin you choose. In some cases, a CPU that can be found in consumer-grade computers is all that’s required, while others need a more powerful GPU. And then there are ones like Bitcoin that require specialist hardware known as ASICs.

It can be a substantial outlay to purchase this hardware, and given the high intensity of the mining process, huge amounts of power will normally be consumed. So, mining cryptocurrency is more favourable in countries with cheap electricity prices. That said, it may still take months or even years to turn in a profit, so it’s better to mine a coin that you expect will appreciate in value.

What to mine provides a useful guide to the most profitable mining operations at present.

Even the word itself evokes a gift from heaven, airdrops are all the rage at the moment. Basically, they are free tokens that are usually dispensed by new projects to the crypto community. For instance, those who trade on Binance will no doubt have been pleasantly surprised back in mid-November to see 500 Tron (TRX) show up in their exchange wallets.

The Tron airdrop occurred on an exchange, but more often than not, airdrops will require a non-exchange wallet, such as ERC-20 wallets that support the project’s blockchain (for example, myetherwallet.com).

Moreover, they will usually require you to sign up to the project’s Telegram account, and perhaps even follow it on Twitter, as you will often receive further instructions on how to receive the airdrops on these platforms. Signing up to Bitcointalk is also recommended, as team members often communicate their airdrop instructions on this forum.

From the airdrop issuer’s perspective, handing out free coins is an effective way to raise awareness of your project. And of course, if the coin ends up rallying, then the initial airdrop could end proving to be rather valuable.

For those cryptocurrencies that use a form of Proof of Stake (PoS) consensus algorithm, you can earn money by staking the coins you hold. This involves keeping your coins in a live wallet that is fully synced with the project’s blockchain, on a 24/7 basis. Doing so will aid in securing the blockchain, and thus earns you rewards.

Komodo is an example of a project that offers staking, while Ethereum intends to change from PoW to PoS, suggesting that it too will offer staking in the future.

As explain recently in another post on DDI, running one or several masternodes can lead to a substantial amount of passive income. It is similar to staking, in that to earn rewards, you must stake your coins in a live wallet.

But when running a masternode, the minimum number of coins required will usually be substantial, which implies a hefty initial investment is needed on your part. It will also require a private server which can provide near-continuous uptime to the network.

But in return, masternode rewards can be massive, especially if the coin appreciates in value, and thus has the potential to provide a solid passive income. Dash, PIVX and Waltonchain are all examples of projects that offer masternode opportunities. 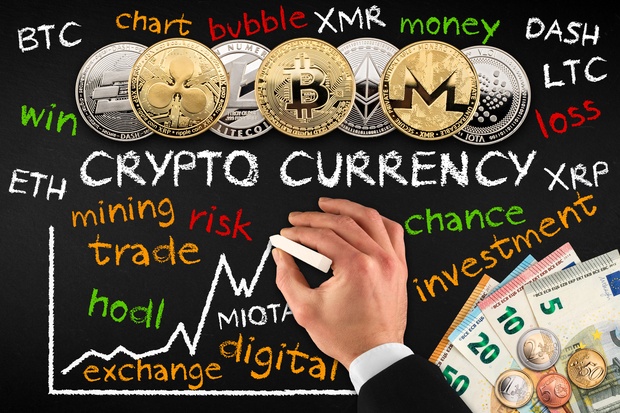 Some coins simply reward you for holding them, and you don’t even necessarily have to continuously stake them in a wallet.

One of the best examples is NEO. Simply holding your NEO tokens in your wallet will earn you dividends every day in the form of Gas, which is a tradeable token itself. Indeed, on occasion, the price of gas has exceeded that of NEO, suggesting those dividends could end up being extremely valuable in the future.

Alternatively, some exchanges have created their own coins that provide holders with considerable benefits. KuCoin shares, for example, enables holders to a daily ‘KuCoin Bonus’ of 50% of the trading fees on the KuCoin exchange.

Binance Coin, meanwhile, enables you to pay fees on the hugely popular Binance platform, including exchange fees and withdrawal fees, as well as receiving hefty discounts on exchange fees. The price of BNB tokens should also appreciate over time as Binance repurchases 20% of the BNB tokens every quarter and burns them, thus lowering the totally supply in circulation.

John DeCleene Whilst having spent a lot of his life in Asia, John DeCleene has lived and studied all over the world - including spells in Hong Kong, Mexico, The U.S. and China. He graduated with a BA in Political Science from Tulane University in 2016. Fluent in English and proficient in Mandarin and Spanish, he can communicate and connect with most of the world’s population too, and this certainly helped John as he gained work experience interning for the U.S.-Taiwan Business counsel in Washington D.C. as an investment analyst and then working alongside U.S. Senator Robert P. Casey of Pennsylvania as a legislative intern. He subsequently worked as a business analyst for a mutual fund in Singapore, where his passion for travel and aptitude for creating connections between opportunities and ideas was the perfect intersection of natural ability and experience, spending his time travelling between Cambodia, Hong Kong, and China investigating and discovering untapped investment opportunities. John is a fund manager for OCIM’s fintech fund, and currently progressing towards becoming a CFA charter holder. He loves to travel for business and pleasure, having visited 38 countries (including North Korea); he represents the new breed of global citizen for the 21st century.
« 6 Factors that Influence the Price of Cryptocurrencies
6 Key Differences Between Security and Utility Tokens »