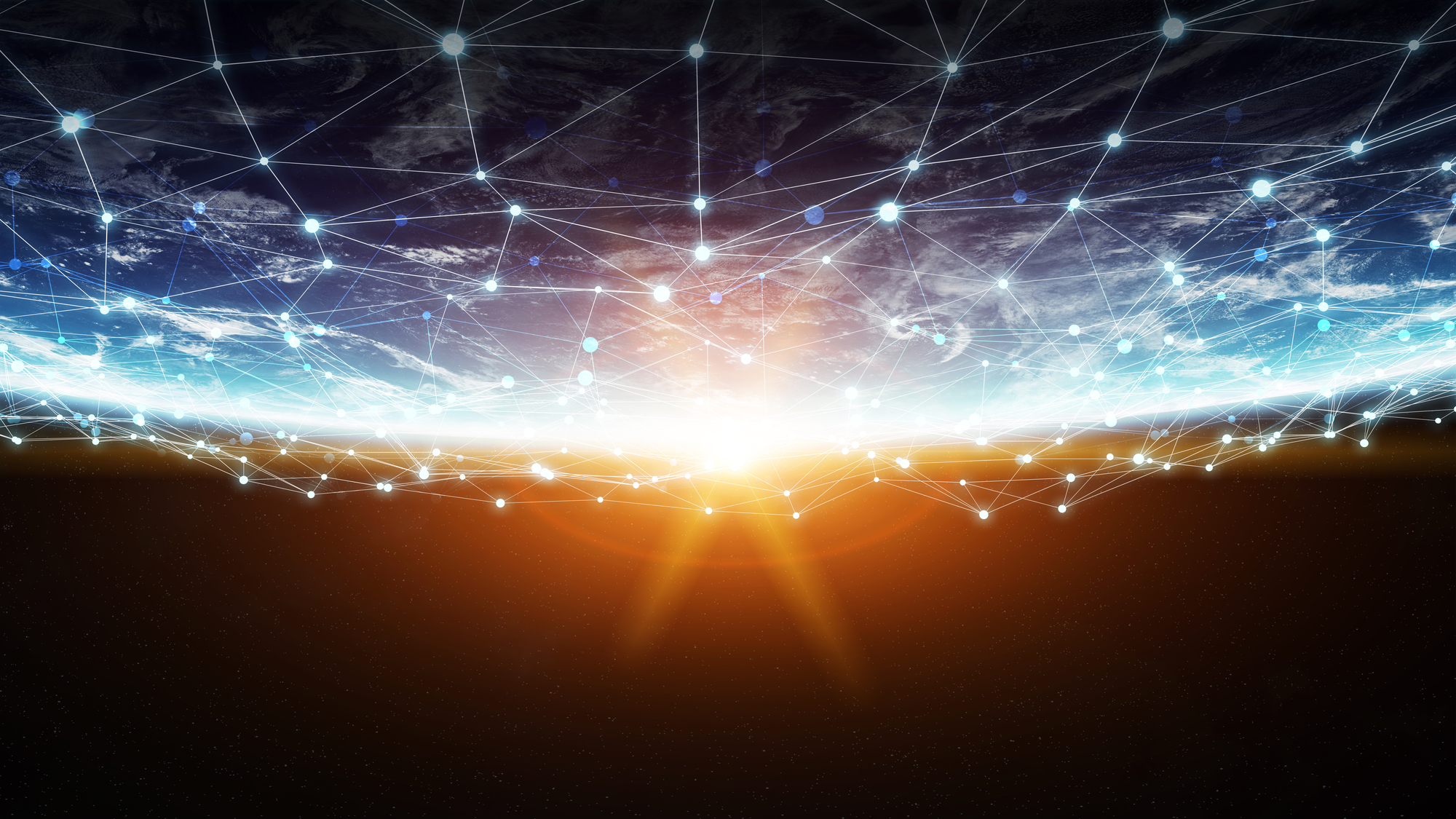 Just as the first week of July welcomed a $30 billion boost in crypto markets, the second week saw those gains being completely erased, as losses drove overall market cap back to down to the $250 billion mark. And just when it appeared that Bitcoin might finally break the $7,000 barrier early in the week, it reversed course and dropped sharply to below $6200 by Friday, before staging a modest recovery over the weekend.

Some markets were buoyed, however, by the news that Coinbase is considering adding five new cryptocurrencies. In its Friday blog post, the popular cryptocurrency broker confirmed those five assets as Cardano (ADA), Basic Attention Token (BAT), Stellar Lumens (XLM), Zcash (ZEC) and 0x (ZRX). While the opportunity to potentially access new cryptocurrencies should be welcomed, no additions have been officially confirmed as yet. Indeed, Coinbase has been very clear that things are only ‘exploratory’ at present.

What’s more, they may only offer limited functionality compared to the current coins available on the site. Coinbase has indicated that users may only buy and sell some of the new assets, not send and receive them, “We may also only enable certain ways to interact with these assets through our site, such as supporting only deposits and withdrawals from transparent Zcash addresses. Finally, some of these assets may be offered in other jurisdictions prior to being listed in the US.”

Another week, another crypto exchange hack. This time it was Bancor’s turn to experience a security breach that resulted in $13.5 million worth of crypto being stolen: 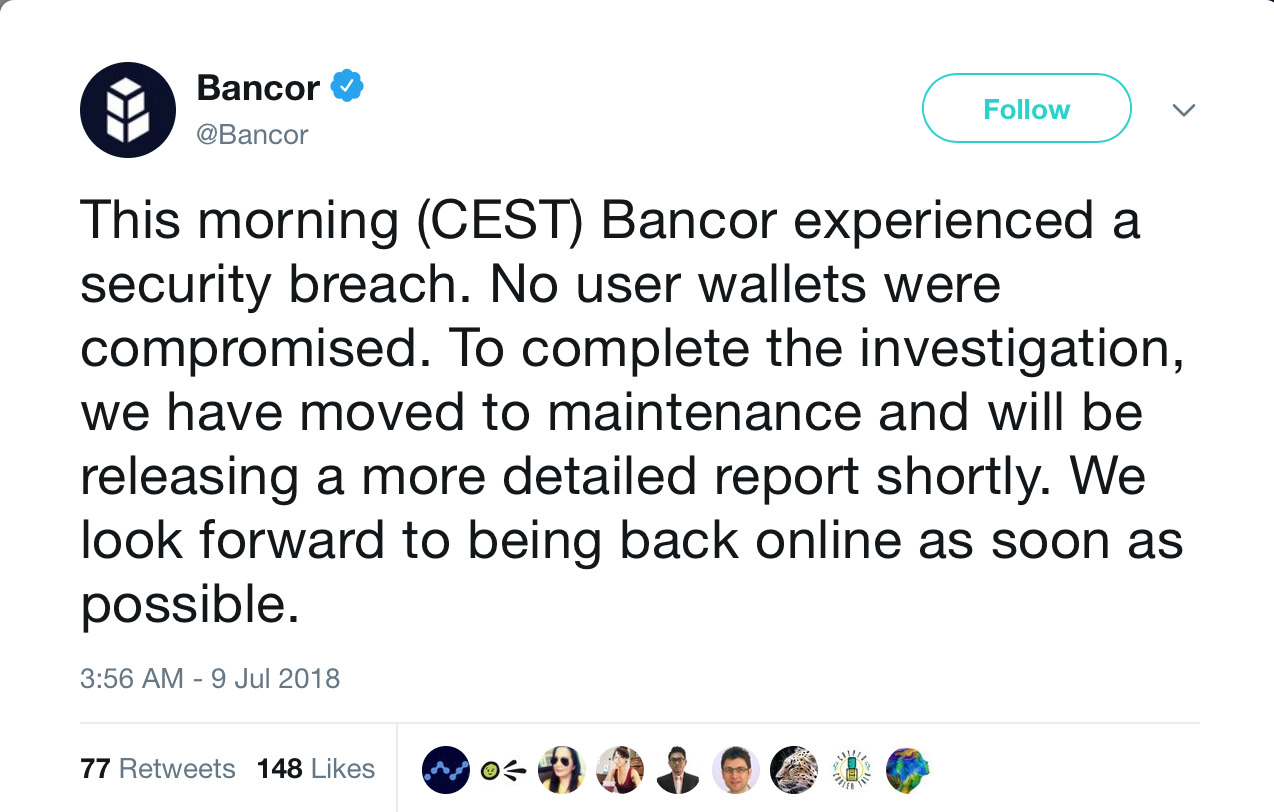 According to Bancor, a wallet used to upgrade smart contracts was compromised and used to steal 3.2 million of Bancor’s own BNT token, as well as 25,000 ETH and 230 million Pundi X (NPXS) tokens. Perhaps most notably, Bancor said it had frozen BNT tokens to prevent their loss.

While further losses were thankfully prevented by Bancor, by effectively hitting a fail-safe button that froze the network, concerns are now being raised that a company that claims to offer a decentralized service solved the problem by implementing a decidedly centralized solution (an issue that we have recently discussed in depth).

Good news for Ethereum – scalability issues could well be resolved before the year is out. That’s according to the project’s co-founder and founder of the ConsenSys blockchain project Joe Lubin, who on Wednesday said that Ethereum is now moving into ‘Phase 2’ of its development. According to Lubin, “we’re moving into a space where Ethereum can serve as the layer one trust system, and built into Ethereum we’ll have hundreds of thousands of transactions in the layer two systems and we’re going to see that ramified this year.”

Crypto has also played a major role in what was arguably the biggest global news story of the week – the indictment of 12 Russian intelligence offers by the US Department of Justice for their interference in the country’s 2016 presidential election. According to Friday’s indictment announced by Deputy Attorney General Rod Rosenstein, the intelligence officers hacked computer networks and email accounts used by the U.S. Democratic Party, including presidential candidate Hillary Clinton.

Under a charge of conspiracy to launder money, the 12 GRU officers “conspired to launder the equivalent of $95,000 through a web of transactions structured to capitalize on the perceived anonymity of cryptocurrencies such as bitcoin.” The indictment goes on to assert the following: “In addition to mining bitcoin, the Conspirators acquired bitcoin through a variety of means designed to obscure the origin of the funds. This included purchasing bitcoin through exchanges, moving funds through other digital currencies, and using pre-paid cards. They also enlisted the assistance of one or more third-party exchanges who facilitated layered transactions through digital currency exchange platforms providing heightened anonymity.”

Digital Currencies: The Future of Money

Indeed, there’s been a flurry of crypto-related news from the US recently. The House of Representatives on Saturday called digital currencies the ‘future of money’, ahead of a hearing to be held this week.  The hearing “will examine the extent to which the United States government should consider cryptocurrencies as money and the potential domestic and global uses for cryptocurrencies. The Subcommittee will evaluate the merits of any uses by central banks of cryptocurrencies, and discuss the future of both cryptocurrencies and physical cash.”

China Putting Foot Down on ICOs

China has maintained its distinctly strict position towards ICOs since banning the new fundraising method in the country back in September. Last Monday saw a vice governor of the People’s Bank of China (PBoC) Pan Gonsheng declaring that “Any new financial product or phenomenon that is not authorized under the existing legal framework, we will crush them as soon as they dare to surface.” Pan was especially referring to those ICOs that have moved outside of China, but continue to market to investors within the country.

Perhaps China has some justification for taking such stringent measures, especially after another report came out last week which illustrated the prevalence of scams in the ICO space. This time the research came from ICO advisory firm Statis Group, which identified 80% of ICOs in 2017 to be scams. 3% of the total ICO volume was declared “dead” by the end of the year, meaning that those projects went from starting their ICO campaigns to being delisted from exchanges in less than a year. That said, the report also noted that the majority of monetary value in ICOs was being allocated to projects considered by the analysis to be “higher-quality.”