TechFin vs. FinTech – What’s the difference? 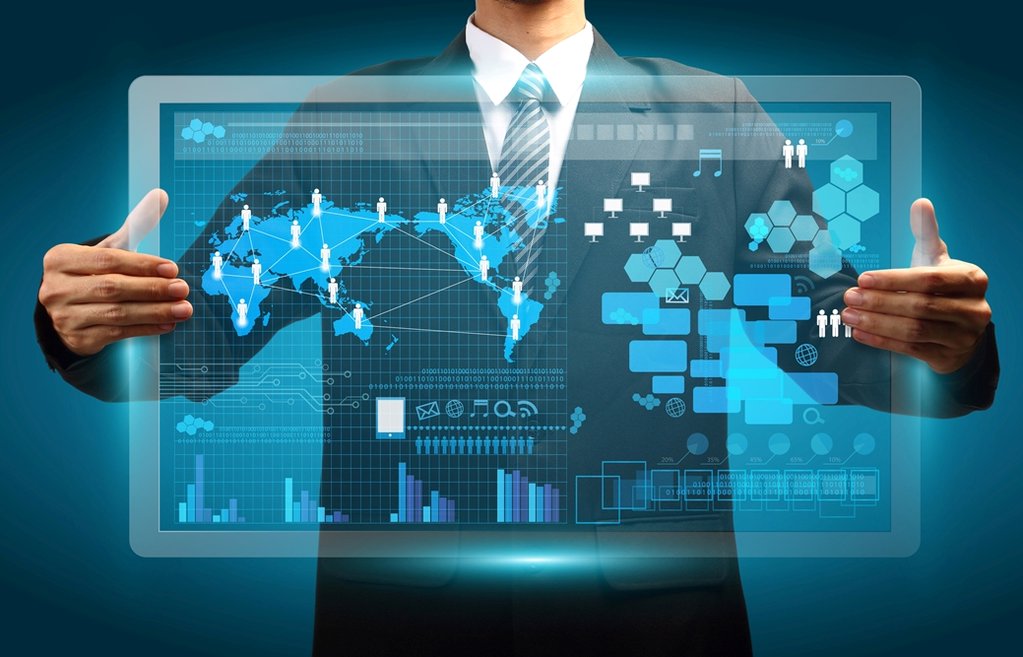 Most of you have a fair idea about Fintech where the original financial system is improved upon by the use of technology. A very common & simple example of this is the online banking services that most of the traditional banks offer through this platform. TechFin on the other hand – coined by Chinese Tech giant Alibaba’s founder Jack Ma in 2016 – is where Tech companies provide financial services with a more customer & technology centric approach. Before we go any further here’s a snapshot of the investment in the booming Fintech industry of the world since 2012. 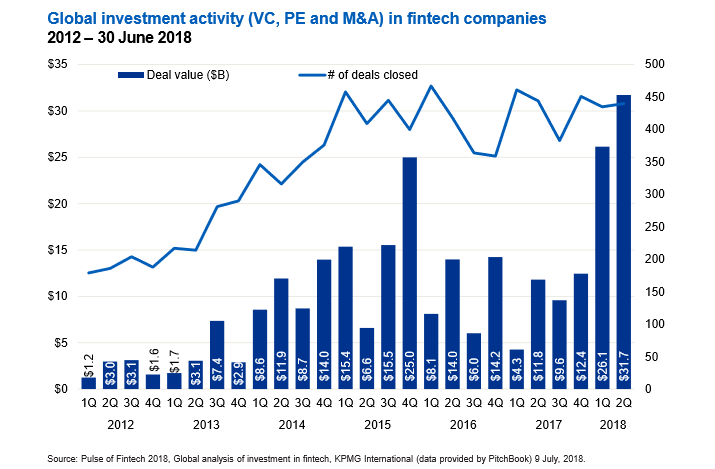 It will be useful here to compare the rise of American tech giants to those from China to better understand the difference. It’s a tug of war between the BATs (Baidu, Alibaba & Tencent) of China & the GAFAs (Google, Apple, Facebook & Amazon) of America. During the post dot-com bubble era the silicon valley tech giants relied on advertising models to grow & generate more viewers – biggest examples being search engines like Google and social media platforms like Facebook. Apple started off primarily as a hardware manufacturer as well with its cell phones while online market platforms like Ebay acquired Paypal to power & process its transactions. Amazon on the other hand used credit card to process payments on its platform using the old school online merchant account.

China, in contrast, lagged behind initially in the technological adoption & assimilation coupled with its low Credit card penetration rates. However, this changed with the launch of Alibaba (Hangzhou, 1999), a B2B (business to business) platform which eventually transitioned to a B2C (business to consumer) platform. The Chinese tech giant incorporated payment processing functionality from the get go to avoid this hindrance. Alibaba extended its payment system, Alipay to its B2C sister concern Taobao to process customer transactions. While Amazon provides money back guarantee to its customers, Alibaba provided peace of mind to its clients by keeping the money in a trust account until the goods are received & approved by them. 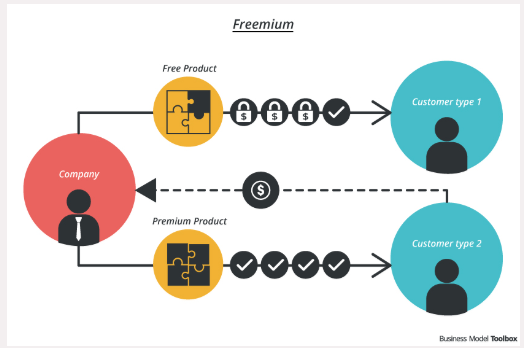 Alibaba’s huge customer base provided it the leverage to launch other innovative ventures like Yu’eBao or “leftover treasure” which offered higher rate of return than the banks to customers who parked their funds in the account. The Wall Street Journal reported this new venture amassed 370 million account holders and $211 billion in assets in just 4 years, second only to the largest money market fund – JP Morgan Asset Management. Then came the online gaming startup – Shenzhen based Tencent with the functionality of built-in micro payments based on the freemium business model as shown in the figure above. Basically gamers could play free of charge but had to pay for value added features & products. When Tencent transitioned into a mobile app by introducing instant messaging through QQ for Youth & WeChat eventually, they captured a user base of almost one billion users! This mammoth user base learnt to transact through the innovative solutions built-in the instant messaging ecosystem of the app. WeChat now also allows customers to use third-party apps from within their mobile platform, including the financial ones without ever exiting their App.

Things didn’t stop here… In 2015 Tencent launched WeBank – China’s First Online only bank using sophisticated credit analysis based on the WeChat social media usage & online purchase patterns of their customers. These analysis are also used to service lenders in the traditional financial ecosystem. QR codes (Quick Response codes) are seeing widespread usage in an increasingly cashless Chinese society. Chinese smart phone users can also use scannable codes to facilitate O2O (Offline to Online) payments. We are seeing the emergence of “financial supermarkets” under the banner of these big tech companies in China. For example, Alibaba’s Zhao Cai Bao offers fixed term deposit products from third-party financial institutions or individuals. These products compare to services that were only available to institutional fund managers and to existing retail sales distributions via the traditional banking channels.

Meanwhile the GAFAs in U.S started to adapt to this tech push from the Chinese IT companies. Facebook’s popular messaging app WhatsApp is beginning to incorporate a lot of the innovative features of WeChat. Apple has also transformed from being a hardware vendor for cell phones to providing services like the iTunes & the App store. Amazon has ventured into subscription based models like Amazon Prime which offers value added services like online streaming services besides offering a wide variety of financial services as well leveraging its huge user base. Similarly Google has gone from a search engine to a portal offering a multitude of free online services under one roof. Besides this, the GAFAs are investing heavily in the next-gen ABCD technologies – namely Artificial intelligence, Blockchain, Cloud computing & Data.

It remains to be seen how long will it take GAFAs to use the Techfin model employed by the Chinese BATs to directly compete & participate in Finance arena given their broad user base, techno prowess & consumer centric behavior. Probably the one thing hindering the GAFAs is the stringent regulations related to providing financial services in the U.S. which banks are used to working with. Tech giants on the other hand have brand names that are trusted among the millenials to handle their finances, specially when the banks have lost their credibility after the recent financial crisis.

Related Articles: Blockchain, Cryptocurrencies & the shifting Paradigm, The ABCDs of Fintech, Evolution of Fintech — A timeline, Future of Money & Payments

Faisal Khan Faisal is based in Canada with a background in Finance/Economics & Computers. He has been actively trading FOREX for the past 11 years. Faisal is also an active Stocks trader with a passion for everything Crypto. His enthusiasm & interest in learning new technologies has turned him into an avid Crypto/Blockchain & Fintech enthusiast. Currently working for a Mobile platform called Tradelike as the Senior Technical Analyst. His interest for writing has stayed with him all his life ever since started the first Internet magazine of Pakistan in 1998. He blogs regularly on Financial markets, trading strategies & Cryptocurrencies. Loves to travel.
« Should Businesses Implement Blockchain?
How Can AI and Humans Work Together? »