Are Corporations Preparing for a Blockchain and Cryptocurrency Takeover?” 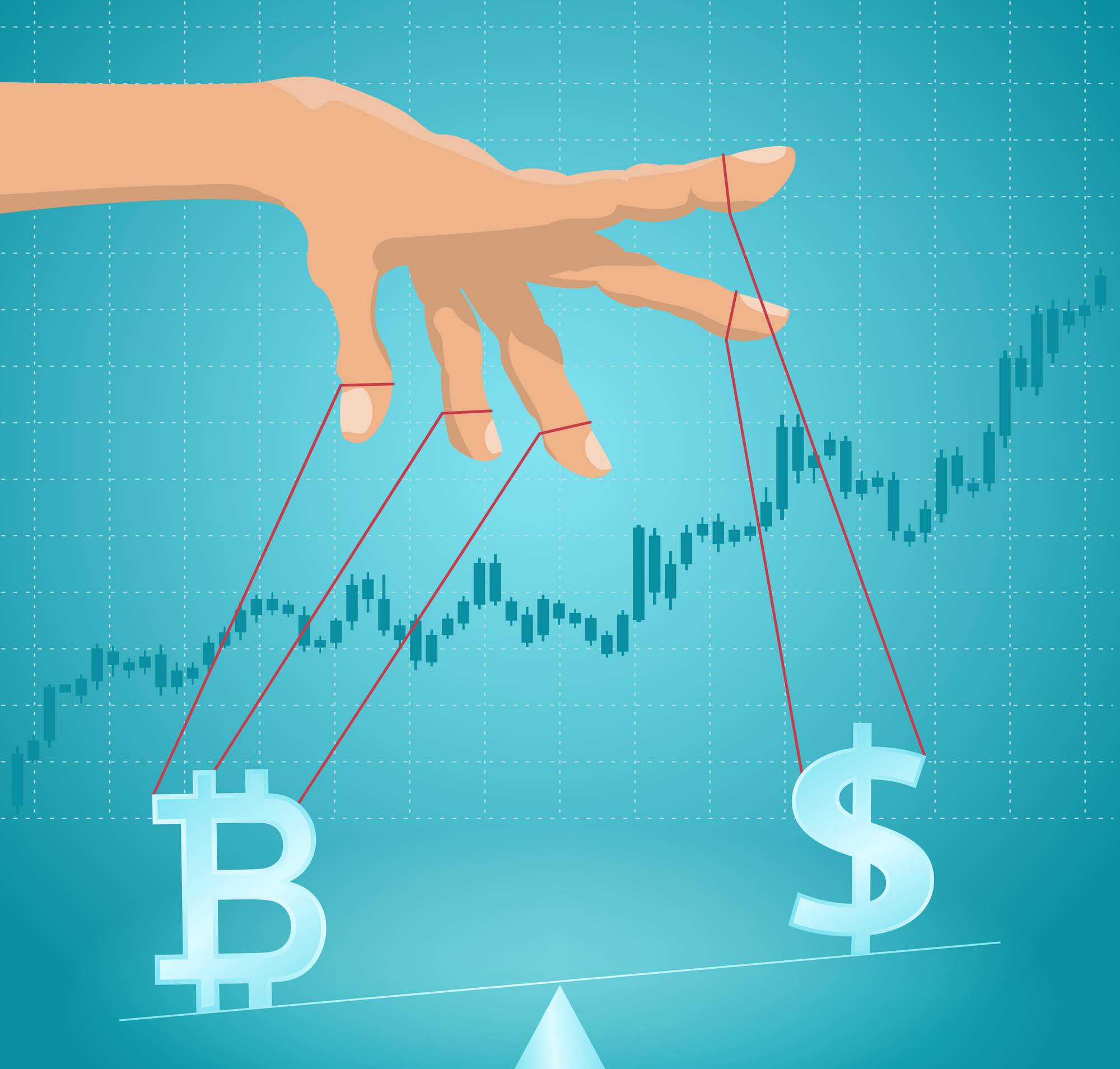 There have been several scenarios throughout Bitcoin’s development that suggests a major corporate takeover might be on the verge of happening.

The entry of some of the most well-established families in the corporate world, as well as power consolidation during hard forks (e.g., the SegWit2X debate), are among the top reasons that suggest Bitcoin’s inevitable shift toward being a total or quasi-corporate entity.

Despite the roots of Bitcoin being decentralized, Bitcoin has since divided into several core parts. This, in theory, may seem similar to a political system with branches that maintain checks and balances, however, beyond the surface, there is a visible consolidation of power with minority groups having more power than what the majority desires—this is prevalent all over the Bitcoin world. 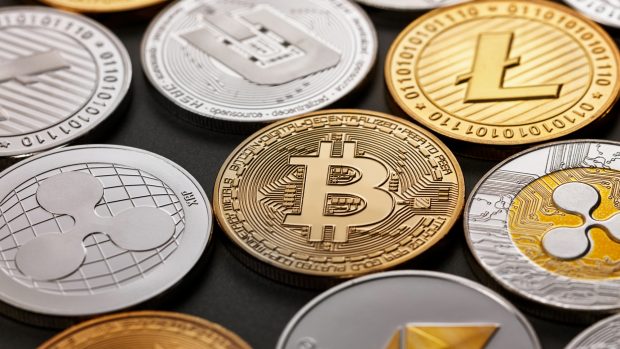 Hard Forks as a Form of Power Consolidation

Bitcoin Cash and SegWith2X are two of the most notable forks that took place in 2017. These forks were wrought with contention, splitting many cryptocurrency enthusiasts on to two sides of a fence. Some argued that the SegWit2X fork was problematic not so much due to the technological changes, but more so, because of the way the changes were proposed, or as some consider, the way that the changes were “declared.”

Alex Morcos and Mike Belshe have both commented extensively toward this argument. It was suggested that there were several reasons why this decision more closely resembled a corporate takeover rather than to a consensus-based decision.

For one reason, the change was declared by only a few people. Morcos postulates that the working definition of Bitcoin was forsaken by the SegWit2X hard fork because Bitcoin is supposed to be a “decentralized, incorruptible, censorship-resistant money.” Since the SegWit2X fork was born out of the already controversial New York Agreement, a conference held in 2017 with an under-representative number of people from the different parts of the community, Morcos argues that this decision provides reason that a corporate takeover is coming.

We won’t get into the entire classic Greek saga that is Bitcoin’s New York Agreement (or the aftermath), however, in short, you should know that the essential parts of Bitcoin’s community were not all present when the decision was being made. While the agreement to implement SegWit2X was agreed upon by over 50 different Bitcoin-related companies, the SegWit2X agreement was made without the approval of the Bitcoin’s core development team. Hence, the decision left out a significant part of Bitcoin’s community, the part of the community that continued the work after Satoshi initially opened the can of worms that is cryptocurrency.

The major takeaway from this message is that the businesses and companies that profit from Bitcoin, NOT the developers, were the ones that pushed the New York Agreement forward.

The New York Agreement was the beginning of a long and ongoing battle that has since transformed into the “BTC versus BTH” debate.

You can read more about how this saga continued right here.

If that isn’t enough drama for one article, the investment/ VC arms of some of the world’s wealthiest families are just now arriving into the cryptocurrency space. It should be noted that the presence of these families is more than just some pooled investment from a group of related people. These families have major influence over the financial and corporate stakes of the free world.

Major Families with Corporate Ties Entered into Cryptocurrency This Year

Three of the largest corporate families (and corresponding investment offices) entered into the cryptocurrency arena this year: The Rockefellers, The Soros, and The Rothschilds. The entrance of these families into the blockchain space represented a turning point in the uncertainty that many felt about cryptocurrency. After these families arrived at the scene in early April, the price of Bitcoin rose from USD $6,800 to $9,800. Perhaps it was just a coincidence. Will other large family offices continue to follow suit?

The arrival of certain families into the digital currency arena, such as the Rockefellers, will mark a significant point of entry for the corporate world’s intersection with blockchain. These families have the potential to use their influence over the financial world to meet their demands. Once again, this is a part of a broader, resounding theme that echoes how often very few influencers can make decisions on behalf of entire communities. This is the declarative monster that Alex Morcos tried to warn us about.

The Soros family, in particular, is not a stranger to the intersection of the corporate world and blockchain. George Soros owns a stake in Overstock.com, the Wall Street-based internet company that already possesses major crypto holdings such as tZero.

Will Soros make mincemeat out of the blockchain world just like he did with corporate raids back in the 1980s? Perhaps the better question, is a forecast of corporate raiding in the near future for digital currencies?

With the number of hungry founders looking to reclaim evaluations back at previous heights, the answer is probably. What is going to stop a blockchain company’s founders from taking an equity deal in exchange for 70% of the company, or even worse, for the entire company? Perhaps even worse still, what can stop one enterprise that is interested in offering equity deals to any decent company that will take one?

As hard forks, billionaire families, and the dismissal of decentralized principles continue to separate the digital currency community, what can bring that community to grow closer? This has been a tough year for faith and belief in cryptocurrency, a test that continues to differentiate the real HODLers from the fly-by-night dude down the block that used his rent money to pay for crypto. We shall see if the coin that was birthed in the aftermath of the financial crisis will continue down the intended path of decentralization, or if corporations will take over it to meet their own needs. Stay tuned.

John DeCleene Whilst having spent a lot of his life in Asia, John DeCleene has lived and studied all over the world - including spells in Hong Kong, Mexico, The U.S. and China. He graduated with a BA in Political Science from Tulane University in 2016. Fluent in English and proficient in Mandarin and Spanish, he can communicate and connect with most of the world’s population too, and this certainly helped John as he gained work experience interning for the U.S.-Taiwan Business counsel in Washington D.C. as an investment analyst and then working alongside U.S. Senator Robert P. Casey of Pennsylvania as a legislative intern. He subsequently worked as a business analyst for a mutual fund in Singapore, where his passion for travel and aptitude for creating connections between opportunities and ideas was the perfect intersection of natural ability and experience, spending his time travelling between Cambodia, Hong Kong, and China investigating and discovering untapped investment opportunities. John is a fund manager for OCIM’s fintech fund, and currently progressing towards becoming a CFA charter holder. He loves to travel for business and pleasure, having visited 38 countries (including North Korea); he represents the new breed of global citizen for the 21st century.
« India Stack – Digitization of an Economy
Blockchain Economics and Network Effects »