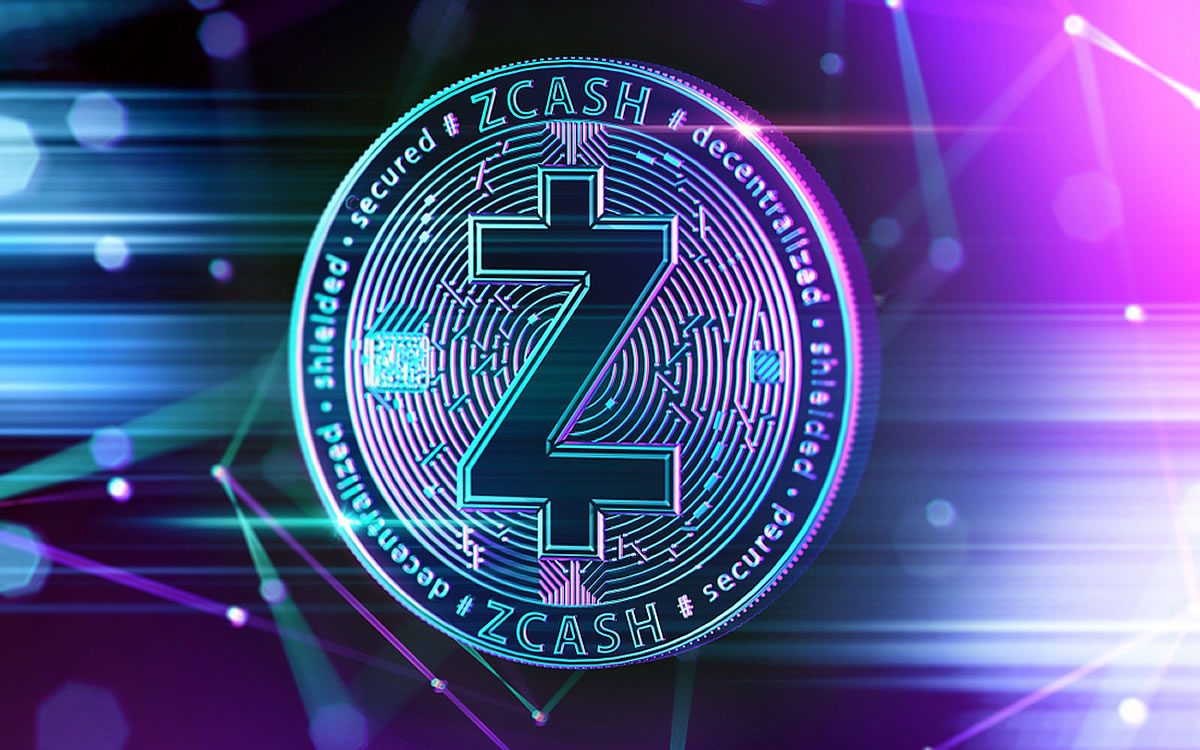 As some of you would be aware, Zcash (ZEC) is one of the most well-known privacy centric digital coins employing the zk-SNARKS protocol – which uses the zero knowledge cryptographic technology to keep the transactions private on its network. Zcash was launched in Oct. 2016 by Zerocoin Electric Coin Company based on Bitcoin (with added privacy features). It sits on the 20th spot with a marketcap of $625 million at the time of writing. Hard forks, soft forks, networks upgrades or the likes have mostly been controversial in the Cryprtoverse. Reaching a consensus between the team backing a Crypto coin, exchanges listing the coin, developers, investors & general Crypto community is easier said than done & minor hiccups can derail the project or cause a split.

We have seen such a split happen in ZCash itself with its earlier offshoots – ZClassic (ZCL) & Zen Cash (ZEN) parting ways in May 2017. ZCL removed the 20% miner fees (or founders reward) & the slow start mechanism which was implemented on the first 20,000 blocks to minimize the impact should a bug or a security vulnerability was to hit the network. ZEN on the other hand split the mining reward like this – Miners (88%), DAO (5%), Developers (3.5% for), Secure nodes Operators (3.5%). The second difference being the implementation of the secure node system in additional to the normal nodes in Zcash gives the users the ability to send secure messages in the optional memo field of the transactions. Both ZCL & ZEN have hit roadblocks recently with dangers of 51% attack on ZEN & dramatic price spike & crash for ZCL. The striking similarity between the 3 coins remains the common source code using the same privacy protocol.

Coming back to the unanimous upgrades for Zcash (ZEC), the first one happened on Jun. 26 this year with the move to ‘Overwinter‘ – technically speaking it is more of an intermediary step towards preparing the network for serious upgrades like ‘Sapling‘ expected to be launched later in October this year. Overwinter upgrade happened at the mining of block no. 347,500 – it does, however, offer some new features like improvement of transactions performance with the addition of ‘transaction expiry’ feature which automatically cancels any ZEC transactions which are not added to the existing block within the predetermined period of 20 blocks (~50 minutes). Other improvements include Versioning & Replay protection for network upgrades.

After the successful implementation of the Overwinter the company laid out a two year road map which includes steps towards further decentralization, dedicating more resources to Research, development & marketing with the main focus being the adoption of “privacy-by-default” approach. Despite public perception about privacy based features their use is not that wide-spread. Considering the support that Overwinter has received from the core team of developers, digital exchanges & the general community it looks unlikely at this point that the upcoming Sapling hard fork will result in a further split of the Cryptocurrency.

Let’s talk a little bit about the new features being introduced with Sapling upgrade or version 2.0.0 which was released on Aug. 16th. As per the blog block no. 419200 will be the first block to be mined with the new upgrade somewhere around Oct. 28, 2018 (2nd anniversary of ZEC). Some of the salient features of the hard fork include:

And to end it all here is a look at the daily chart of the ZEC for some technical levels and trading biases going forward. 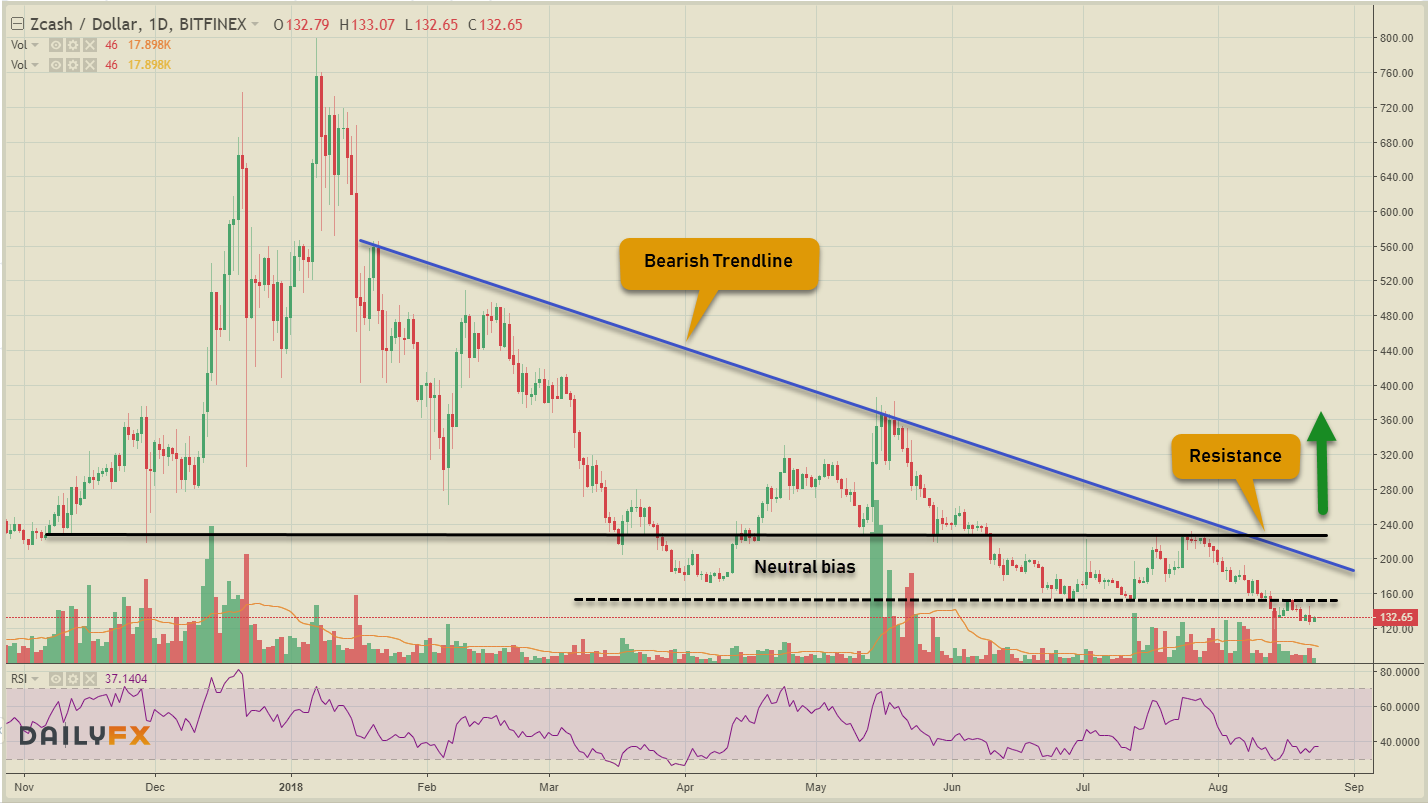 The pressure from the financial regulatory authorities regarding the use of privacy featured digital coins for nefarious purposes has been a major hindrance in the adoption of this technology, but it is one of the core principle on which the whole concept of Cryptocurrencies exists & it should be treated as such.

Faisal is based in Canada with a background in Finance/Economics & Computers. He has been actively trading FOREX for the past 11 years. Faisal is also an active Stocks trader with a passion for everything Crypto. His enthusiasm & interest in learning new technologies has turned him into an avid Crypto/Blockchain & Fintech enthusiast. Currently working for a Mobile platform called Tradelike as the Senior Technical Analyst. His interest for writing has stayed with him all his life ever since started the first Internet magazine of Pakistan in 1998. He blogs regularly on Financial markets, trading strategies & Cryptocurrencies. Loves to travel.
« “Stone Money” on This Pacific Island is History’s First Public Ledger
Climate Change, ESG and the Quest for Better Data »