Yap, Micronesia, also known as the Island of Stone Money, is a 40 square-mile island just 500 miles southwest of Guam in the Southern Pacific Ocean. It rests 9.5 degrees north of the equator which makes the year-long summers unbearably hot (for outsiders). Typical rain patterns have been altered over the last few years due to evolving effects of climate change and el Niño/la Niña weather patterns.

Mostly kept hidden away from the few tourists that do come are beautiful stone paths that serve as intra-village walk ways. These stone paths extend deep into the taro patches and tropical jungles. The paths are cooled by the shade from the betel nut and coconut trees, which serve as a natural form of protection against the equatorial heat.

However, weather patterns and betel nuts are not what Milton Friedman wrote one of his famous essay on.

Although few people travel to Yap, FM, especially those in the western hemisphere, it is known amongst circles of archaeologists and divers for its rich culture, manta rays, and stone money. It has become a place of social-political interest once again (possibly) due to its location near the Anderson Airforce Base in Guam.

Before the 1970s, the four island states that Micronesia is comprised of, (in addition to the hundreds of outer islands and even smaller atolls), had very little in-common with one another beyond the shared history of colonialism. It was western imperialism that turned the four islands into one country in the first place. Yet, despite the long history of colonialization, the 4 islands of Micronesia- Pohnpei, Chuuk, Kosrae, and Yap- each maintained a distinct culture and language. Yap, for example, maintains a rigid, nine-tier caste system until this very day.

A second remaining cultural element of Yap is the stone money.

The Island of Stone Money

What is stone money, exactly? Between 700 to 1,000 years ago, ancient Yapese navigators canoed hundreds of miles through open water, sharks, typhoons, and anything else that would make you scared out of your mind if you were lugging a 4-ton massive rock through the ocean. These brave navigators carried the stone money on a small outrigger canoe guided by only starlight. “Why would someone do this?” you might be asking yourself: to bring massive, 4-ton rocks known as Rai stones to the chief of the island so that the people of Yap can utilize the rock as a form currency. This form of currency is still used today.

Yes, we’re talking about stone money. The largest rai stone to date is 8,800 pounds and 1.6 feet thick. There has been debate regarding whether or not these stones actually constitute as a form of currency. In their defense, famous economists such as Milton Friedman have written extensively about the stones on the island.

Stone money was (and still to this day, is) a form of cultural currency. For example, if your daughter were to be married, you will probably give the son’s family the currency as a form of welcoming. These days, stone money is not used as much as it used to be. However, stone money has taken on an evolved meaning in some cases. Stone money today is often used to represent a house or the land that a house is on. So while stone money is a currency, it is not used in the way you would think of most currencies today, digital or fiat.

However, if you were to argue that it resembles one form of currency over the other, stone money may be surprisingly more reminiscent of a digital currency compared to its fiat counterpart. Toward this argument, the ownership of stone money is held on a public ledger, it is difficult to mine, and the supply of it has been fixed. The government isn’t printing out more at their own discretion. Stone money has not been mined in over 100 years.

After a certain point in history, they stopped moving a lot of the stone money because the process of moving it became too tedious and the stone became too fragile. At this point, stone money that was exchanged with another person, for whatever reason, stayed in the same place. If you were to give a piece of stone money as a form of apology for doing something very disrespectful to another village, then the stone may stay in the place it is in now. However, everyone will know that, that specific piece of stone money belongs to the person that was disrespected.

This may very well be the first example in all of history of a public ledger system used in economics. Since there is an agreed upon ledger of ownership, the Yapese maintained a careful method of organization. It is impossible for double-spending to occur with stone money because you will be stopped by the people’s understanding of the ledger. “That belongs to so and so,” they would tell you. Any effort to double spend stone money would be thwarted.

A second reason that stone money is more similar to digital currency than it is to fiat currency is the difficulty in mining stone money. The Bitcoin mining process is expensive and cumbersome. All of the computer hardware, not to mention the hours spent setting it up. However, the cryptographic, high-processor miners of digital currency cannot complain about the difficulty of mining in light of the ancient Yapese navigators that carried stone money hundreds of miles across open water. Part of the evaluation of the price of stone money was the journey it took to bring the stones back to Yap. The bigger the stone and more tedious the journey, the higher the worth of the stone.

In addition to the first two reasons, a third reason that stone money bears a striking similarity to digital money is the fixed supply of the stone money circulation. The Yapese are completely finished mining stone money for all time. The rai stones that are on the island now will be there for the rest of time, bar natural disasters or something like that. The stones are no longer being canoed over by navigators based on the command of the islands’ chiefs. In other words, the amount of stone money that is available right now is the amount of stone money that will stay around forever. It cannot be replicated at will in the same way that money can be printed.

Older scholarship considered the people of Yap to be primitive, and the concept of stone money to be stupid. However, years later, we see another example of how something that could be perceived as archaic can actually be way ahead of its time. Given the striking similarities between stone money and modern digital currency characteristics, the Yapese were definitely onto something long before the rest of the world was.

If you have the opportunity to go to Yap and see the stone money for yourself, I highly suggest that. The breathtaking views of the Pacific Ocean sunrise are in and of itself worth the journey. But if that is not enough for you, seeing the stone money and hundreds of years of culture behind it should be a major catalyst to get you to book a flight to Yap immediately. 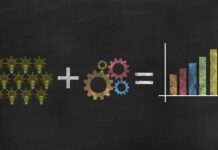 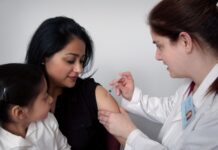