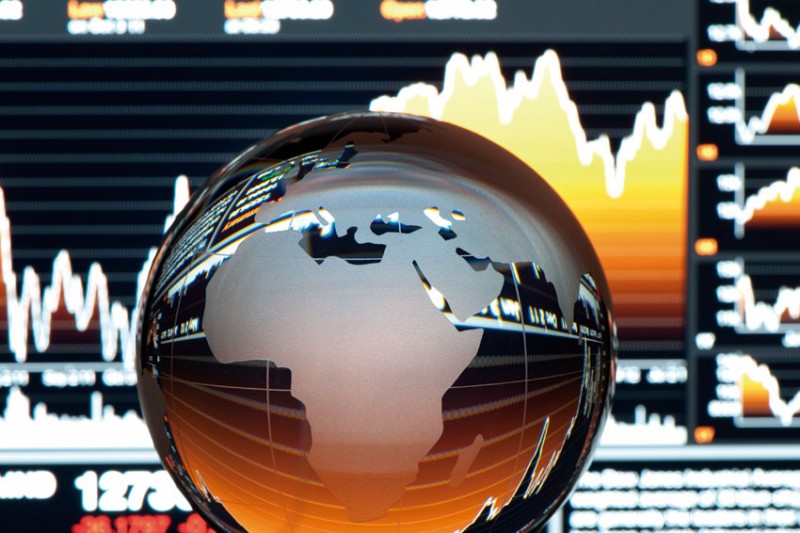 It’s rare that you see interesting moves emerging from all three segments of the financial markets namely – Equities, Forex & Cryptocurrencies. This past week provided just that opportunity. To sum it up for you, U.S stocks recorded an all-time high after the January correction, Dollar Index reversed course in Forex & Cryptocurrencies are seeing a very constructive move up after the relentless sell-off. Now let’s dig in a little further. 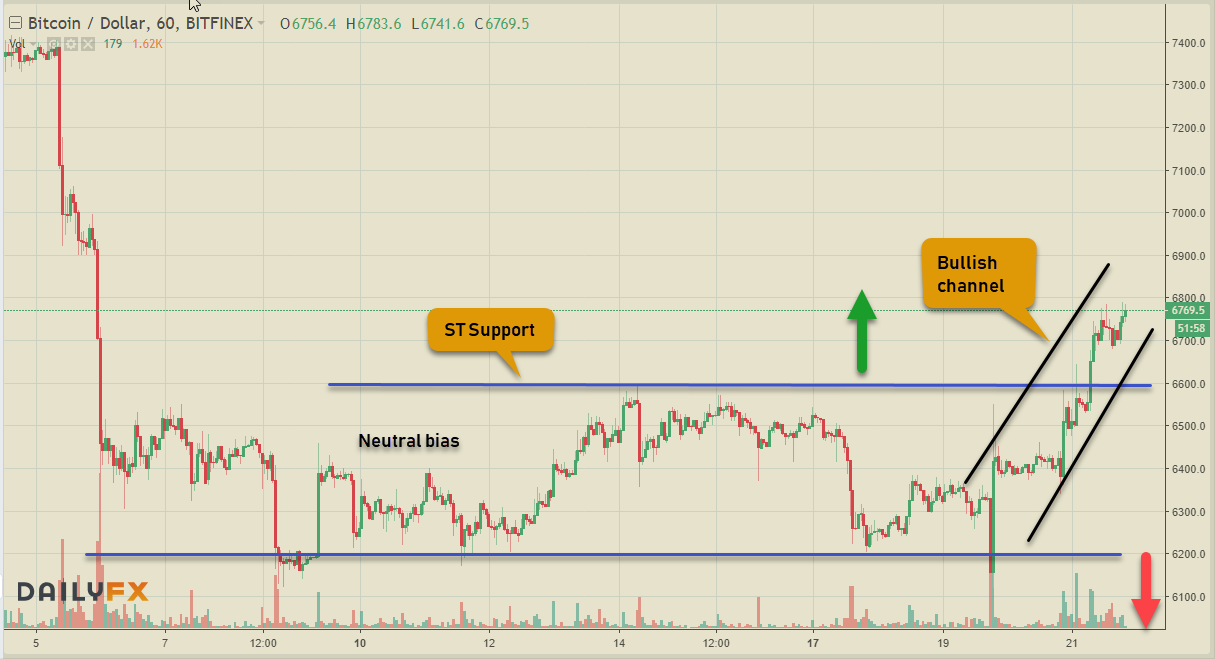 See the funny thing with the Cryptos’ volatility is that you can be writing about them one moment & by the time you end posting your blog, they can turn around & make a laughing-stock of your analysis, but I am going to give it a shot anyways. So after a few dead cat bounces in the last few weeks, the recent upswing looks a little more meaningful than the previous ones. Surprisingly, though this time the charge has been led by Ripple (not the crypto kingpin Bitcoin), which is seeing gains of over 50% partly because of the general upbeat momentum in the digital coins & partly because of the new banking settlement product upgrade xRapid that it plans to launch in the next month. More often the prices in Cryptos is dictated by the moves in Bitcoin, but the surge in Alt.coins this time means people are showing more faith in the “riskier” digital coins evident from the decrease in the BTC dominance from a high of 58% to 52.2% at the time of writing. And Although the U.S SEC has delayed the decision on the VanEck-SolidX ETF till December, the support of the “Crypto Mom” – SEC’s Commissioner Hester Pierce with her favorable comments regarding accepting Bitcoin ETF & giving investor’s more choice has put a positive spin on the digital coins with the current rebound. Bitcoin’s hourly chart is looking promising as long the support holds. 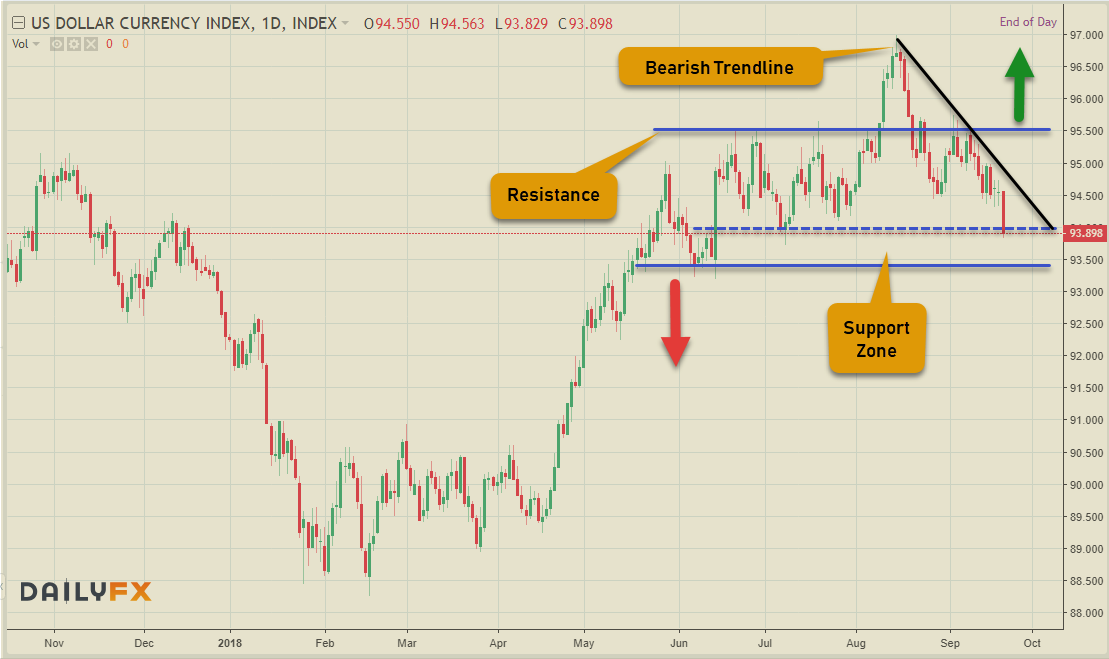 It was an eventful week for the Fiat currencies as well with the bull run in Greenback showing signs of exhaustion. A temporary top seems to be in place with the Dollar Index moving to the MT support of 93.50. The move was also evident in other pairs like EURUSD, USDCAD & USDJPY although we need to see a confirmation of this with a follow-up move. Next week can provide the confirmation. A little bit of a dampener for the GBPUSD with the Brexit impasse causing the pair to drop sharply to end the day, Friday. Perhaps a decline in the USD would bode well for the emerging market currencies which have been struggling under the onslaught of the Dollar. Turkish Lira, Argentinean Peso & South African Rand have been the most vulnerable. On a side note, Venezuela is planning to adopt it’s very own controversial Petro Cryptocurrency in global trade – which I believe would be a huge challenge with American sanctions in place. 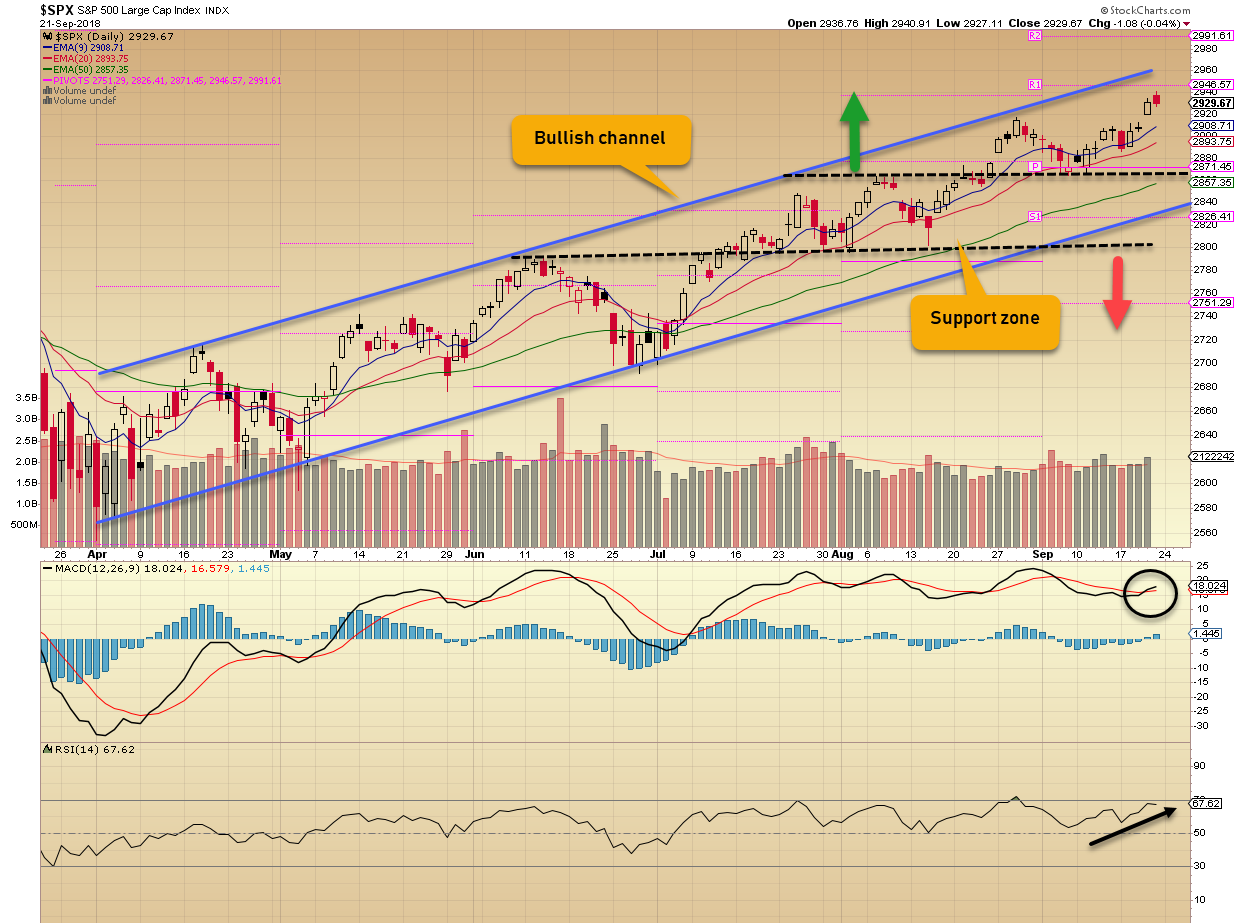 What a rebound this has been for American equities since that downward correction in January with the skeptics all thinking an overdue bear run was taking shape. So much for the “experts” this bull run has become the longest running bull market in history for the U.S. Most of the analysts still believe that this bull market has exhausted itself & at some point sooner than later a bear market would ensue. It’s interesting how market dynamics work when everybody thought the ongoing trade war between China-U.S would provide the catalyst to put the brakes on, it has kept on going. I will see a bear trend when the technical correction in the index dictates, whatever the catalyst maybe, until then the American equities at least remain in good shape. Having said that geopolitical risks, trade war & emerging market worries continue to stir up volatility in the equity markets. The chart of the SPX (above) index is comfortably chugging along in a bullish channel with no immediate worries.

Here’s something to cheer you up before I sign off. 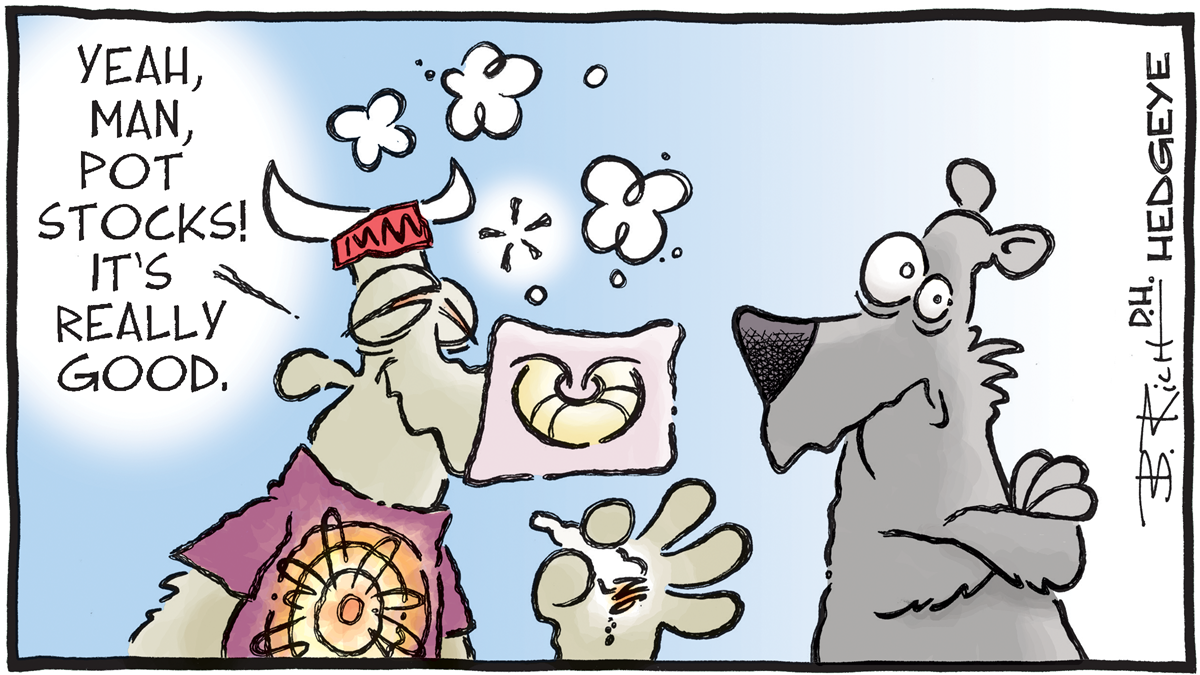 Faisal Khan Faisal is based in Canada with a background in Finance/Economics & Computers. He has been actively trading FOREX for the past 11 years. Faisal is also an active Stocks trader with a passion for everything Crypto. His enthusiasm & interest in learning new technologies has turned him into an avid Crypto/Blockchain & Fintech enthusiast. Currently working for a Mobile platform called Tradelike as the Senior Technical Analyst. His interest for writing has stayed with him all his life ever since started the first Internet magazine of Pakistan in 1998. He blogs regularly on Financial markets, trading strategies & Cryptocurrencies. Loves to travel.
« Mass Crypto Adoption – why we’re not there…yet
Infographic: Journey to the Clouds »