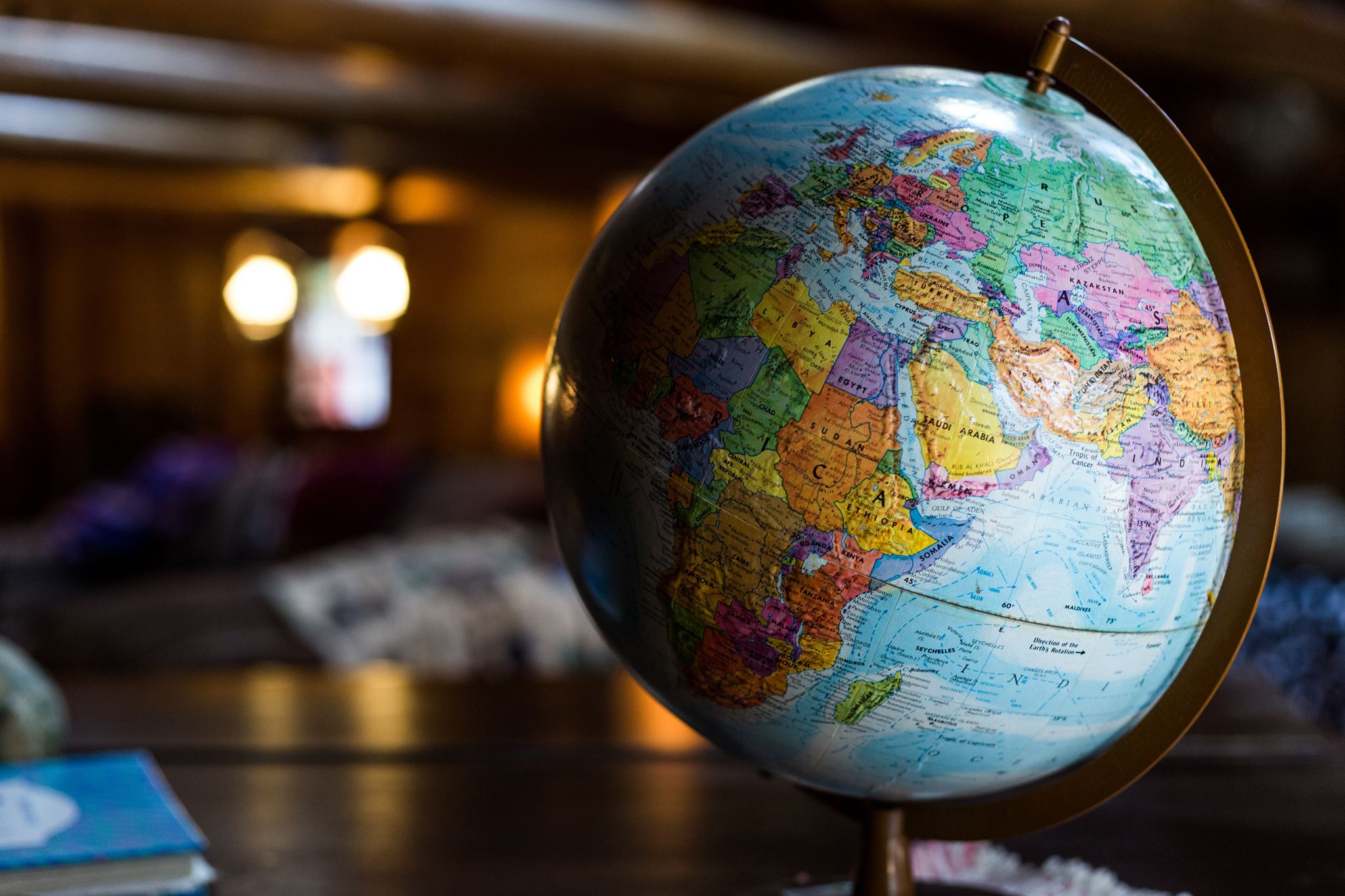 A few weeks ago, the Coinbase CEO Brian Armstrong predicted that a whopping 1 billion people will be using cryptocurrencies in the next five years. If his prediction materializes, it would mean that we will have 25 times more users of digital currencies than the estimated 40 million we have at present.

Given the potentially enormous upside for Armstrong and his company, it should perhaps come as no surprise that the head of one of the world’s foremost crypto vendors has made such a bullish pronouncement. Nevertheless, Armstrong seems resolute in his justification, believing that “Every open source project, every charity, potentially every fund or these new types of decentralized organizations and apps, they’re all going to have their tokens.”

And yet despite the bright future for crypto that Armstrong envisions, many would also contend that mass adoption remains a long way off from becoming reality. In fact, a recent YouGov study found that the general public is evenly split on mass adoption being achieved in the next 10 years – 34% of people do not think cryptocurrencies will become widely accepted during this time, while just 36% think they will. Such stats are not exactly decisive in their support of crypto adoption during the coming years.

Of course, 2018’s ongoing bear market is compounding the pessimism over crypto’s future. But even when disregarding market conditions, there remains several legitimate reasons why many still remain apprehensive about moving into cryptocurrencies wholesale at this stage…

Crypto-related controversy has ranged from ICO scams, criminal activity such as money laundering, and exchange hacks amounting to some of the biggest thefts of all time, to terrorism financing, and most recently, election hacking. Very little of such publicity will have filled prospective users with much confidence regarding crypto’s legitimacy.

Indeed, such questionable associations already seem to have influenced how people generally regard crypto – that same YouGov poll mentioned earlier also observes a quarter of respondents who believe that cryptocurrency is currently being used more for illegal purchases than legal ones. Clearly, the public’s perceptions regarding cryptocurrencies first need to change before they will be willing to use them.

This remains especially pertinent when considering crypto as an investment, with the lack of clear, enforceable rules meaning that potential users such as institutional entities continue to stay away from the space for the time being.

While Brian Armstrong may have high hopes for mass crypto adoption in the future, his company’s UK equivalent Zeeshan Feroz has recently acknowledged regulation – or a lack thereof – as being “the main challenge facing the crypto space at the moment,” and that “some form of regulation for crypto exchanges as a means of ensuring due diligence and transparency in the crypto space,” would be welcomed.

The inconsistency in regulatory approach between countries doesn’t help either. At one end of the scale we have a country like China which chooses to ban ICOs altogether. And at the other end there’s Switzerland, whose comparatively favourable ICO regulations helped the country account for a hefty 14% of the global total raised through token sales in 2017. As such, achieving harmony among various jurisdictions remains elusive. And for crypto, which is effectively a borderless asset, this will ultimately have an adverse impact on how quickly international standards can be implemented.

This remains a significant obstacle to mass adoption. It is difficult to determine what a certain cryptocurrency is truly worth when its value fluctuates so frequently – and so violently. The American Institute of Economic Research showed earlier this year the gaping disparity between the volatility of Bitcoin, and that of the pound, euro, yen and gold 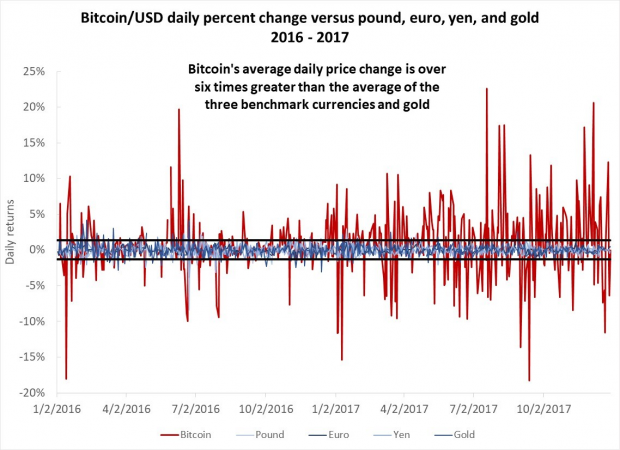 For now, it’s the opportunity to achieve short-term gains that’s seemingly driving much of crypto’s volatility. In turn, this would imply that crypto’s investment potential, rather its inherent utility – as a payment method or as a token that crucially enables the project’s ecosystem to function effectively – that is driving user adoption. This would need to change to achieve consistent growth in user adoption.

4. The sheer proliferation of cryptocurrencies

By the latest count, the total number of tradeable cryptocurrencies in circulation is closing in on a staggering 2000 (and which is now making CoinMarketCap painfully slow to load). This means that it’s now a decidedly daunting task for any new user to decide on which cryptocurrency to hold, and for what reason.

Given that almost every project claims to be unique in some way, working out how one currency differs from the other 1999 out there, or when to hold or use which currency, or even simply deciphering which crypto is best to hold from an investment perspective, requires considerable effort to understand. And that’s something that is not needed for existing, more traditional forms of currency.

Given how quickly the technology is evolving, moreover, it’s even a challenge for industry experts to keep pace with latest developments, let alone someone who’s new to the crypto world. The ever-expanding universe of consensus mechanisms, hard forks, data structures and scaling issues are just some of the topics a new crypto user may want to know more about. And it would require spending a substantial amount of time and resources to become au fait with such concepts and vernacular.

And that’s not forgetting complicated user requirements pertaining to storing private keys and wallet addresses, as well as the possibility of making errors when sending and receiving crypto. Ultimately, using crypto needs to become a safer, more straightforward process to inspire confidence in usage among the masses. 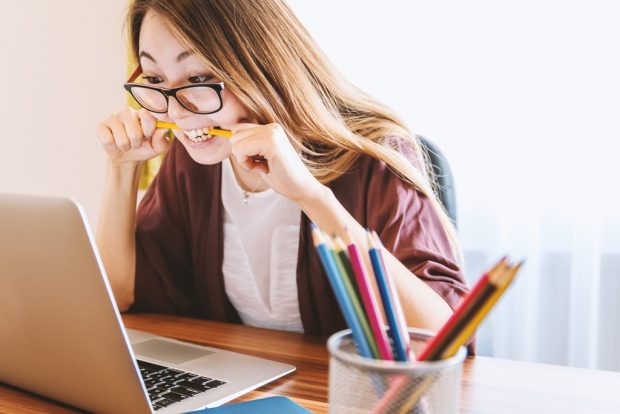 Speaking of hard forks, software changes are also high on the list of reasons that users remain averse to mass crypto adoption. A new study suggests that “governance failures” that result in such forks, such as the case of Ethereum and Ethereum Classic, are stymieing crypto adoption because splits in the blockchain have the impact of eroding trust within the user base. Users are also less confident in the forked cryptocurrency’s ability to continue flourishing as a medium of exchange.

According to the study’s lead author Benjamin Trump, if Bitcoin is to become a more globally recognized, reliable, and a predictable medium of exchange on an international scale, “cryptocurrency miners, wallet developers, exchange operators and other stakeholders within the Bitcoin network need to generate more stability through good governance.”

It is worth reminding ourselves that most cryptocurrencies in circulation are for projects that currently remain unfinished in terms of development. Perhaps some have successfully passed the alpha and/or beta phases of testing. Or perhaps a few have even launched their mainnets. But very few projects at this stage have come to the end of their planned software release life cycles.

Indeed, the majority of tokens are being bought for the utility that the project is expected to offer at some point in the future, rather than today. And given that a scant few crypto projects can boast of having a fully functioning product means that either people simply can’t use most cryptos for their stated purpose at this stage, or they are waiting for more proof of a successful working product before they decide to use the project’s respective token.

As such, it would seem that as blockchain becomes increasingly associated with successful working products that provide distinct and significant advantages over existing technology, only then will we see an acceleration in crypto user adoption.

And finally, let’s not forget the well-publicized scaling probelms that continue to plague many of the biggest cryptocurrency projects, including Bitcoin and Ethereum. Currently, the likes of Visa and PayPal can process thousands more transactions per second than Bitcoin. And given the backlog of transactions that the Bitcoin network often experiences, costly transaction fees further reduce any advantage Bitcoin holds over its centralized peers at this stage.

Mass adoption is highly unlikely to take hold as long as it continues to take several minutesor more to send and receive cryptocurrency.

While blockchain technology is viewed as one of the key technology disruptors of the future, and while many of its applications will be tokenized – such challenges must be addressed if we are to ever to achieve mass user adoption of cryptocurrencies. But at the risk of not sounding particularly hopeful of a crypto future, we should hasten to emphasize that there are several solutions that can be implemented – and are already being implemented – that are solving those challenges.

Scaling solutions such as the lightning network are expected to improve transaction throughput, as well as boost crypto user adoption; the imminent rise of DEXs could well mean the end is nigh for exchange hacking; more tools are being developed to determine a scam ICO project well in advance of its token sale being held, and even volatility appears to be somewhat subsiding in 2018.

And it’s also worth remembering that it has only been 9 years or so since Bitcoin first introduced itself to the world. As many have pointed out, it’s only about 1994 in internet terms – other epoch-defining technologies took even longer to achieve a state of mass adoption. And even despite its short life to date, cryptocurrency has captured much of the world’s imagination like very few financial technologies before it.

A technology this ground-breaking will undoubtedly have roadblocks to navigate on its path towards widespread adoption. And more importantly, they are being successfully navigated as we speak. Whether Brian Armstrong’s prediction of 1 billion users in 5 years transpires is difficult to ascertain; nonetheless, the future has much in store for crypto.

Shashank Pattekar Financial markets professional turned FinTech enthusiast, Shashank has a passion for exploring the possibilities of disruption in this new, tech-informed era of finance. After several years working in London's financial services sector, including stints with investment banks Goldman Sachs and Merrill Lynch, he opted in 2013 to switch to a more location-independent career. In the process, he developed a keen interest in writing about contemporary subjects including FinTech and blockchain, alongside more traditional topics related to finance, economics and current affairs. Shashank has also been an advisor to a new London FinTech firm, and has worked on a number of global blockchain projects, mainly in financial, marketing and advisory capacities. Shashank can be reached at [email protected]
« Handle complaints socially … and considerately
3 Markets – 3 Stories »