The Gem in the North: North Korea’s Untapped Mineral and Industrial Potential 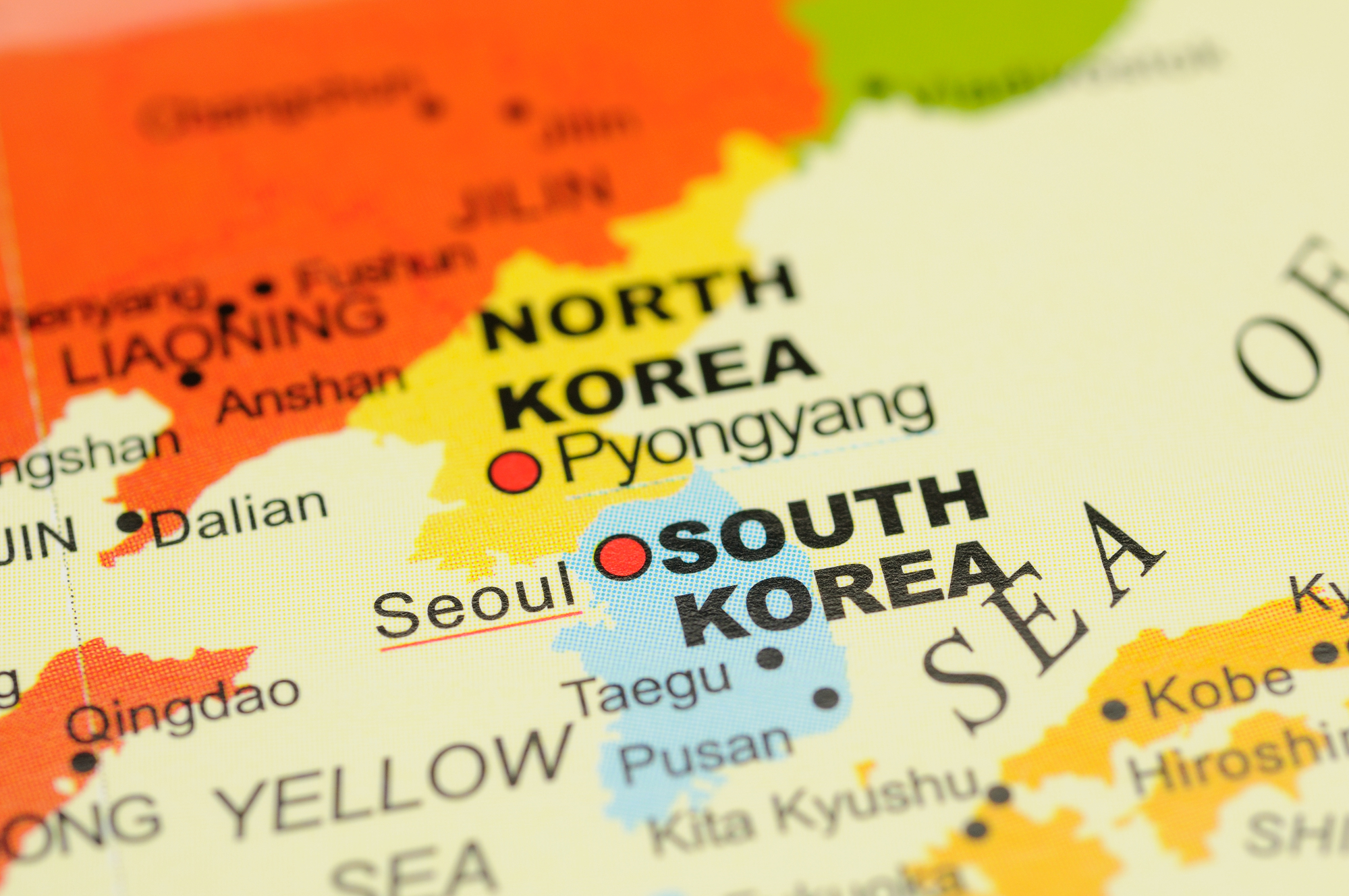 When North Korea appears in mainstream media headlines, one of the last descriptors you’d expect to see is “tremendous opportunity.”

And yet, now that the U.S. and North Korea have concluded an apparently successful summit in Singapore, that’s exactly the tact that some financial experts are taking. North Korea’s natural mineral wealth and a domestic economy essentially frozen since the 1950s could spark the next big wave of Asian investment.

In an interview with CNBC, Mobius Capital Partners founder Mark Mobius said North Korea’s 25 million citizens could potentially represent a virtually untouched market that is roughly half the size of the vibrantly capitalist South Korean market.

An economically linked, if not wholly unified, Korean peninsula could be a potential game-changer for private investors looking to business in the region, he said.

“That means a much bigger market, and to me, the most exciting thing is the opportunity to have a bridge between South Korea, China, and Russia,” Mobius said. “Because then you would be able to have railroads and roads going north through North Korea into these huge nations. It’s a tremendous opportunity.”

North Korea has more to offer the modern economy than just millions of citizens eager for modernization and Western-style goods. The so-called “Hermit Kingdom” has been in a state of perpetual lockdown and outside sanctions since shortly after World War II, with much of its natural mineral wealth untapped by foreign interests.

This lack of foreign investment, and North Korea’s relatively isolated stance toward the global economy, means that the country is now sitting on a reserve of $6–10 trillion in commodity minerals. These reserves could provide the foundation for a wholly new North Korean economy, Mobius added.

“We look at it first in terms of the mining capability —rare earths, oil, gas —there are tremendous resources in the north that could be exploited. Then, of course, the consumption revolution will take place once the standard of living begins to move up,” he said. “So, I’d say in the beginning it would be the resources and the transport —railroads, roads, going up north through to China and to Russia.”

There are challenges to this proposed modernization, for sure. Even if the U.S.–North Korea summits are taken at face value, a tremendous amount of diplomatic work remains on the denuclearization and economic modernization fronts. North Korea’s economy has been so stagnant and dependent upon foreign aid for so long that it will be some time before anything resembling a domestic industry surfaces.

Past foreign investment deals gone wrong — such as an auto deal with Sweden, a Chinese mining venture, and an Egyptian telecommunications agreement — may initially deter some companies from jumping into the North Korean market. This presents an issue, as the lack of a domestic industry makes North Korea fairly dependent upon an influx in outside capital.

And yet, foreign money likely won’t be able to keep itself out of North Korea for very long, according to Reid Whitten, a partner at global business law firm Sheppard Mullin.

In a blog post written in July, when talks between the U.S. and North Korea were still tentative, Whitten said North Korea’s development is likely to be spearheaded by China — its traditional ally — and, ironically, South Korea — its long-time foe.

“South Korea and China stand to benefit most from the potential opening, as they have the strongest connections to the isolated nation,” Whitten wrote. “If relations warm, South Korea may rely on the linguistic and cultural connections to make solid, on-the-ground, direct investment into the North (perhaps reopening Kaesong Industrial Complex).”

South Korea is famous in steel-making circles for its rapid rise from a fairly unimportant player to one of the top exporters in the world.

Indeed, as of October 2018, South Korea is still one of the top five countries of origin for U.S. steel imports, even after a devastating round of trade cases following the 2008 financial crisis and the imposition of section 232 quotas this year. South Korea is so important to the U.S. steel industry, in fact, that its original quota of 70 percent of 2017 totals was relaxed just months after its imposition.

“As Sally Macdonald at Investment Week points out, South Korean-heavy industry could pave the way (pardon the pun) to better infrastructure in the North. Additionally, all of South Korea could benefit from a relatively young North Korean work force that could be trained up in a common language from a relatively educated (if not altogether worldly) base,” Whitten wrote. “China, meanwhile, reportedly maintains illicit trade routes with the North and it will be interesting to see whether those ties are as profitable when they become licit.”

North Korea appears to have a perfect storm brewing for an economic renaissance —a large workforce, an economy desperately in need of all manner of basic commodity goods, mineral wealth, willing foreign partners, and ready-made geographic access to the developing economies of Asia.

The missing puzzle piece seems to be political will on the part of the North Korean regime, and that seems to be crystallizing, as evidenced by the Singapore summit with the U.S.

Should North Korea open its borders to foreign investment, it’s likely to remain one of the premiere topics throughout its slow grind to modern-economy status — a process that some estimate could take up to 20 years.

A June report from UBS economist Li Zeng, co-written by analyst Yong-Suk Son, concluded that an end to the hostilities between North Korea and South Korea could mean the North will be responsible for almost a quarter of the peninsula’s gross domestic product within 20 years.

That’s a far cry from the January UBS 2018 forecast, which marked North Korea’s growing tensions with the U.S. and other powers as one of the largest single threats to the regional economy.

“Conflict in North Korea would have global implications but would likely prove particularly severe for investors concentrated in Asia,” UBS concluded in January.

Only time will tell what vision of the Korean peninsula ultimately wins out. However, it seems increasingly likely that North Korea’s future is less hermit kingdom and more capitalist frontier.

I myself actually traveled to North Korea in August of 2016, before Americans could no longer go. It was one of the most interesting trips I have ever taken, and I am looking forward to seeing what this nation can achieve when things slowly open up. Below is a photo of me in Pyongyang on top of Juche Tower with the unfinished, 5-story Ryugyong Hotel in the background. 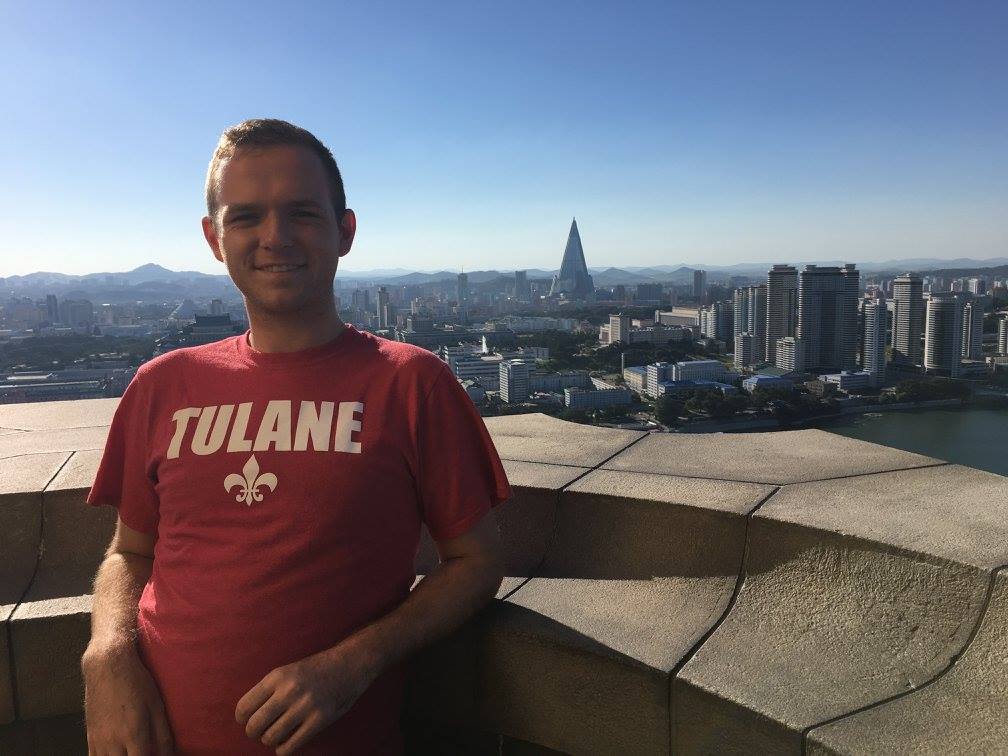 John DeCleene Whilst having spent a lot of his life in Asia, John DeCleene has lived and studied all over the world - including spells in Hong Kong, Mexico, The U.S. and China. He graduated with a BA in Political Science from Tulane University in 2016. Fluent in English and proficient in Mandarin and Spanish, he can communicate and connect with most of the world’s population too, and this certainly helped John as he gained work experience interning for the U.S.-Taiwan Business counsel in Washington D.C. as an investment analyst and then working alongside U.S. Senator Robert P. Casey of Pennsylvania as a legislative intern. He subsequently worked as a business analyst for a mutual fund in Singapore, where his passion for travel and aptitude for creating connections between opportunities and ideas was the perfect intersection of natural ability and experience, spending his time travelling between Cambodia, Hong Kong, and China investigating and discovering untapped investment opportunities. John is a fund manager for OCIM’s fintech fund, and currently progressing towards becoming a CFA charter holder. He loves to travel for business and pleasure, having visited 38 countries (including North Korea); he represents the new breed of global citizen for the 21st century.
« Fidelity to Launch Cryptocurrency Trading Platform
How is Bitcoin’s ‘Liquid sidechain’ different from the Lightning network? »