Will There Be an Internet of Electricity?

Blockchain, whose popularity has grown in lockstep with developments in the cryptocurrency market (Bitcoin, Ethereum, et. al.), is poised to expand into new territories. The energy industry, which is decentralizing gradually, may well advance blockchain more than the financial system will. Or, it may simply adopt it more extensively, sooner.

According to one view, blockchain may become for the world of transactions and settlements what the internet has become for global communication. However, an even stronger case can be made for its potential to transform the energy industry.

A dozen-plus years ago, new software enabled people to create or download music at home and share it with others. This shook the foundations of the system once controlled by record labels, which determined everything about music, including its price and distribution. Glaring similarities can be found between the energy industry and the peer-to-peer programs that disrupted the music industry at the turn of the century. While music may seem far removed from energy, the peer-to-peer concept applies equally to both.

Today, we can make electrons in our homes, not just mp3 files. Once we do that, there will be no need for intermediaries to transmit and distribute those electrons. Today’s energy users, who are still dependent on large distribution networks, will slowly become prosumers, free to choose how they will use their own resources, and perhaps contribute to creating the rules that govern the energy industry. We’re not there yet, but we will be within the next few years.

In parallel with the rise of the blockchain, environmental awareness is growing everywhere. The change in consciousness still is just starting, but the energy market will decentralize further as we grow less dependent on fossil fuels, which require a great deal of equipment as well as capital to extract, refine, and bring to market. Compared to oil and coal extraction, a solar and wind energy infrastructure is almost a child’s play to run once the initial investments have been made. These new energy sources have the potential to personalize the electrical grid. Rooftop solar panels have already become part of the global suburban landscape. They are the new way to heat and power our homes. In the United States, the residential solar power market grew 11% in the first quarter of this year over 2017’s first quarter.

A growing number of microgrids, which acquire and distribute green energy, deserve to be called new-generation power plants, each with a capacity of a few megawatts. Today’s technologies can link both renewable and conventional energy sources to form a microgrid. Such microsystems can support all types of electrical, pressure and gravity-based technologies. These sustainable sources of energy work just as well in the hot climates of Australia and Africa as they do in places as cold as Alaska. Advocates of autonomous energy grids are growing in both highly- and less developed areas. These smart energy grids rely on sophisticated technologies feeding a network of intelligent energy meters that communicate with each other, connecting all energy market participants. The idea is to link energy producers, distributors and buyers into a single network. Smart grids are an example of new technology leading to economic efficiency and producing substantial savings for average users.

Part of the efficiency of microgrids comes from being installed very close to the consumer. A side effect of this alignment of generation and consumption is dynamic production and storage, generating or drawing whatever is needed, whenever. Blockchain-based applications could be ideal for optimizing such highly changeable processes. 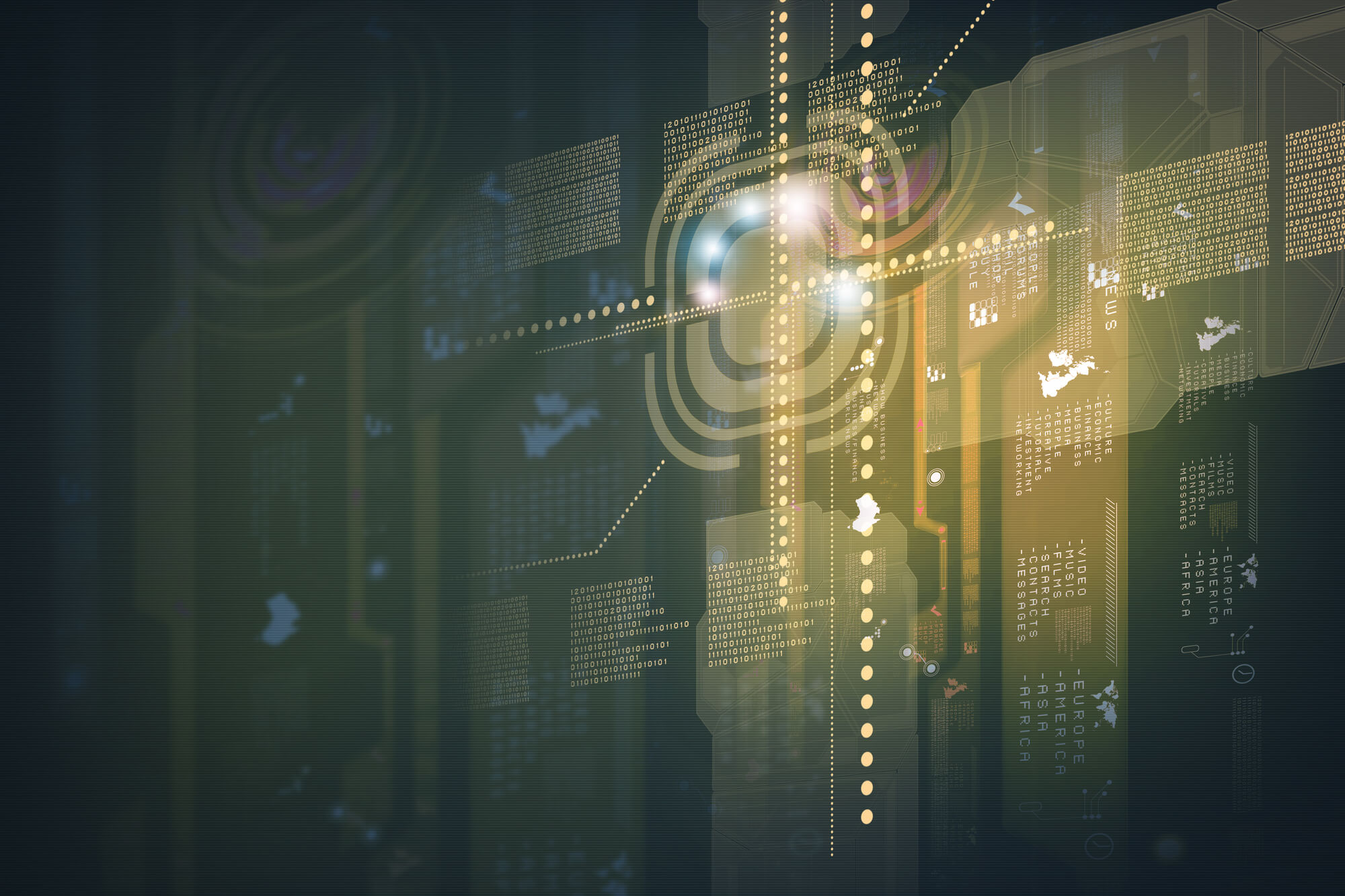 Today’s energy systems increasingly face competition from independent producers who provide customers with the services they expect to meet their every demand. Indeed, the future is that the customers themselves will become the producers, and they will be able to share the energy they produce in their homes with other users. I have already written about the sharing economy: the new approach to business which values sharing and uses it as a basis for its operations. The energy market may come to resemble the likes of Airbnb or Uber. Car charging-point owners will be able to make their outlets available to other drivers, setting terms of use, including, of course, price. This will allow them to capitalize on the purchase of the device.

As a transactional technology, blockchain can be successfully employed to make energy-related payments and trade energy products. Its key advantage is allowing transactions to be concluded without financial intermediaries. This simplifies the entire distribution and payment system as it directly connects producers and consumers. Over time, both sides will seek unification, creating a distributed model with an enormous inherent potential to generate savings for individual customers.

Blockchain would automatically provide members of energy communities with real-time access to information. Hence, a community that produces excess energy could make it available to others facing a shortage. Even a single individual user who owns a rooftop PV cell could share excess energy with a nearby building. Intelligent contracts would help balance supply and demand dynamically, as users decide in real time how much energy they are willing to buy, share or generate.

Today, electricity distribution is centralized, based on multiple nodes, and it involves many intermediaries: energy producers, transmission network operators, sellers, and of course, banks, that handle payments. All this obviously affects electricity prices, driving them up. New solutions could turn individual customers into “hubs” allowing the grid to produce, distribute and sell energy without such middlemen. There is nothing to prevent users from joining the network as retailers, producers or utility providers.

According to a World Energy Council report, decentralized renewable energy sources will have a 25 percent market share by 2025. That’s fast. It was only in 2016 that the first attempt was made in New York City to share energy by means of blockchain between neighboring households. Tech companies, and especially tech startups, believe in this future. They are selling the concept to the corporations that make up the traditional industry. The Energy Web Foundation, a global non-profit focused on accelerating blockchain adoption across the energy sector, envisions an open-source, blockchain-based platform for the electricity sector. Large international energy corporations have already invested around US$2.5 million in its development. Many of them run their own blockchain systems for energy settlements in areas where the capacity of the existing billing systems is insufficient. An example is EWF’s current test-network Kovan, which can perform up to 1,000 transactions per second. (The plan is to scale to one million tps.)

Power Ledger, an Australian-based energy-trading platform, is developing solutions to turn buildings with installed solar-panel assemblies into micro-power plants. Australia is home to more than 1.5 million producers of energy sourced from domestic photovoltaic installations. Power Ledger rewards energy producers in cryptocurrencies while financing its business by selling cryptocurrency in what is called an Initial Coin Offering (ICO). Enerchain, on the other hand, is a peer-to-peer system for wholesale energy trading developed by Ponton. The company is funded by large energy companies. The platform will synchronize processes between transmission system operators and distributors. Blockchain makes it possible to label every energy unit produced and consumed, automatically, save transactions and clear them in a virtual wallet. Supported by the energy group Nuon (owned by Vattenfall Group), the startup PowerPeers allows direct energy trading between any registered users. The application and its owner have taken over virtually all settlements and contract signing.

Energy experts are confident about the potential of blockchain technology to reinvent energy grids. People will soon be able to install software in their homes that will automate energy sales and purchases, allow price-setting contracts between grid users, and measure energy demand in real time. While everyone could obviously benefit from these solutions, legal and economic systems will certainly be a hurdle. How soon will the market make its way through the bureaucracy maze? How much effort will it take to convince traditional operators to change?

The integration of individual systems and devices poses technological, organizational and regulatory challenges. Smart energy grids are not only a new way to clear payments and distribute energy, they will also drive the adoption of new safety standards and energy metering systems. Experts claims that system standardization, interface integration and the use of smart building devices are still largely impeded by current norms, policies and regulations.

Another issue is money. Microgrids could support a cryptocurrency-based payment system as they are naturally integrated with blockchain. However, as is well known, the future of cryptocurrencies is still uncertain and up for debate. Their present status remains unclear or, at best, unregulated in many countries. This is also a factor in determining when the energy system is going to change, although I have no doubt that it will. It is significant that the producers who currently monopolize the energy market are beginning to see the potential of the new systems. Evidently, savings, decentralization and sharing increasingly appeal to the imagination of both individual users and modern businesses.

And let us not forget about one more advantage: clean air, as blockchain-based micro-grids will certainly be pollution-free. That’s no small thing.

Interview conducted by Stanford University professors Huggy Rao and Robert Sutton and the Quarterly’s editor in chief, Allen Webb, Staying one step ahead at Pixar: An interview with Ed Catmull, link, 2018.

– Blockchain poised to shake up our lives

– Will quantum computers doom the blockchain?

– The “sharing economy” was envisioned nearly 100 years ago

– Why do we care about blockchain technology?

– Blockchain – the Holy Grail of the financial system?

Norbert Biedrzycki Head of Services CEE at Microsoft. Leads Microsoft services in 36 countries which include business and technology consulting, in particular in areas such as big data and AI, business applications, cybersecurity, premium and cloud services. Previously, as a Vice President Digital McKinsey, responsible for CEE, providing holistic combination of strategic consulting, digital transformation through rapid deployment of business applications, big data solutions and advanced analytics, business use of artificial intelligence, blockchain and IoT. Prior to that, Norbert was as the President of the Management Board and CEO of Atos Polska, and was also the CEO of ABC Data S.A. and the President of the Management Board and CEO of Sygnity S.A. He had previously also worked for McKinsey as a partner and, at the beginning of his career, he was the head of Oracle's consulting and business development services. Norbert's passion is technology – he is interested in robotization, automation, Artificial Intelligence, blockchain, VR, AR, and IoT and the impact modern technologies have on our economy and society. You can read more on this on his blog.
« Organizational Change Begins with Me
Circular Economy is the solution for a sustainable future »

One Reply to “Will There Be an Internet of Electricity?”