The next generation of Stable coins is here… 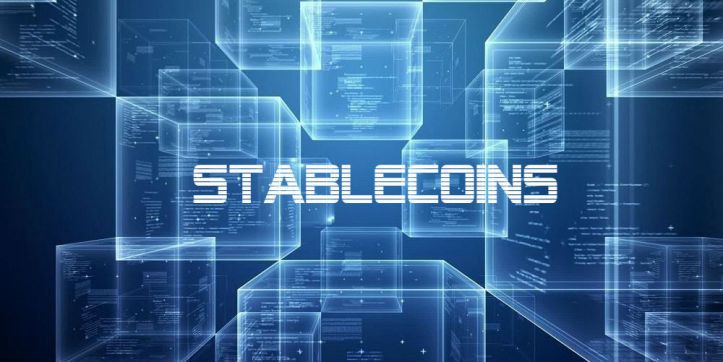 The pace of newer stable coins entering the digital assets’ market has picked up this year even though new scalable solutions continue to emerge for the Blockchain networks and the Cryptocurrencies volatility tracks an all-time low. For those of you who are new to the concept, stable coins act as a store of value since they are backed by fiat currencies (1:1), most notably to the U.S dollar. The peg also addresses the problem of volatility for which Cryptocurrencies have been traditionally criticized. The oldest stable coin Tether (USDT), however, has been embroiled in a spiral of never-ending controversies. Tether dropped to as low as $0.84 against the US dollar on news reports that Cryptocurrency exchange Bitfinex was facing insolvency – both Tether & Bitfinex have the same CEO. This has given other aspiring entrants to improve on the weaknesses of the pioneer coin & occupy the stable coin space. 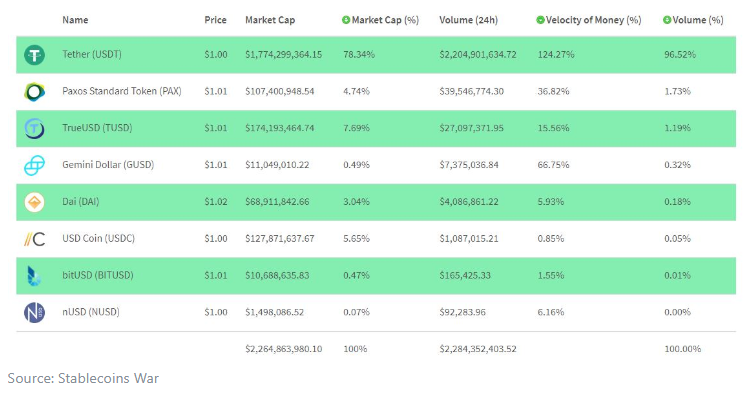 Two such coins Gemini Dollar (GUSD) and Paxos Standard (PAX), both regulated by the New York State Department of Financial Services, started circulating about a couple of months ago. Both these USD pegged digital coins have made inroads in the market already sitting at No.4 & No.2 respectively by market cap among other stable coins as shown in the chart above. PAX has achieved a bigger market cap & more acceptability with listing in four digital exchanges – Binance, OKEx, ZB.com, and Coinbene. It so happens that in Cryptoverse two months amounts to an eternity… as we have had two more significant additions to the Stable coins in the form of USD Coin (USDC) & HUSD.

For now, transactions will be supported in selected jurisdictions which will be expanded to other areas in the future. Also trading in Crypto cross pairs (BTC/USDC etc.) will be available once sufficient liquidity is established.

The World’s third largest Cryptocurrency exchange, Huobi, also launched a new stable coin HUSD, which it calls as a comprehensive and integrated solution for all stable coins. HUSD aims to solve the complexity of choosing between the available stable coins & minimizing the conversion costs between them. In all practicality, HUSD is establishing an ecosystem of stable coins where it will be the common medium of exchange or you can also call it the Stable coin of Stable coins! Currently, HUSD system offers support for four of its predecessors – PAX, TUSD, USDC, GUSD with the intention of adding more stable coins to its system once the standards are set in place and initial transactions go smoothly. In addition, Huobi claims these advantages of using the HUSD system:

And finally, I would like to briefly talk about an upcoming project called Xank – a free floating Cryptocurrency with price volatility and an innovative new feature called the “Stable Pay”. The project claims itself to be the successor of stable coins. Xanx claims that the current lineup of stable coins is still vulnerable to central control of the underlying fiat currencies, huge collateral requirements & susceptibility to sustained downturns in the market. Since it is a free floating digital coin, Xank is technically not a stable coin but due to its hedging feature, it competes in the stable coin space.

This is how it works… Let’s assume 1 Xank=$1USD. You sell $100 USD to an exchange and receive 100 Xank. The next day, you realize that you will be traveling a few months later and need 100 USD. You could just wait until December but given Crypto volatility, that’s quite a risk. So instead, you engage in Stable Pay and fix your Xank:USD rate at the prevailing rate of 1 Xank=1USD.
So what happens in December? If 1 Xank=$1USD, the Stable Pay was unnecessary and you only pay the small fee (0.1%) and gain peace of mind. But if Xank goes up in price and
1 Xank=2 USD, you will sell 100 Xank to the exchange and receive 100 USD. What happens to the extra 100 USD? It goes into the Xank Reserve. In this situation, you lost out due to the FX hedge.

How about if Xank price falls in December? Let’s say 1 Xank=0.50 USD. You sell 100 Xank to the exchange and receive $50 USD but you’re short $50 USD. In this situation, the Xank Reserve sells 100 Xank to the exchange, receives $50 USD and gives it to you. Although Xank price dropped, the FX hedge/Stable Pay worked in your benefit. It will be interesting to see how this works out in real world scenario.

Despite the persistent downturn seen in 2018, Cryptocurrencies have continued to evolve as we see the spirit of innovation powering the digital transformation.
Stay in touch: Twitter | LinkedIn | Tradealike | StockTwits | Telegram

Faisal is based in Canada with a background in Finance/Economics & Computers. He has been actively trading FOREX for the past 11 years. Faisal is also an active Stocks trader with a passion for everything Crypto. His enthusiasm & interest in learning new technologies has turned him into an avid Crypto/Blockchain & Fintech enthusiast. Currently working for a Mobile platform called Tradelike as the Senior Technical Analyst. His interest for writing has stayed with him all his life ever since started the first Internet magazine of Pakistan in 1998. He blogs regularly on Financial markets, trading strategies & Cryptocurrencies. Loves to travel.
« Who is legally accountable in the case of an Autonomous Vehicle accident?
Income Streams Start from Drips »