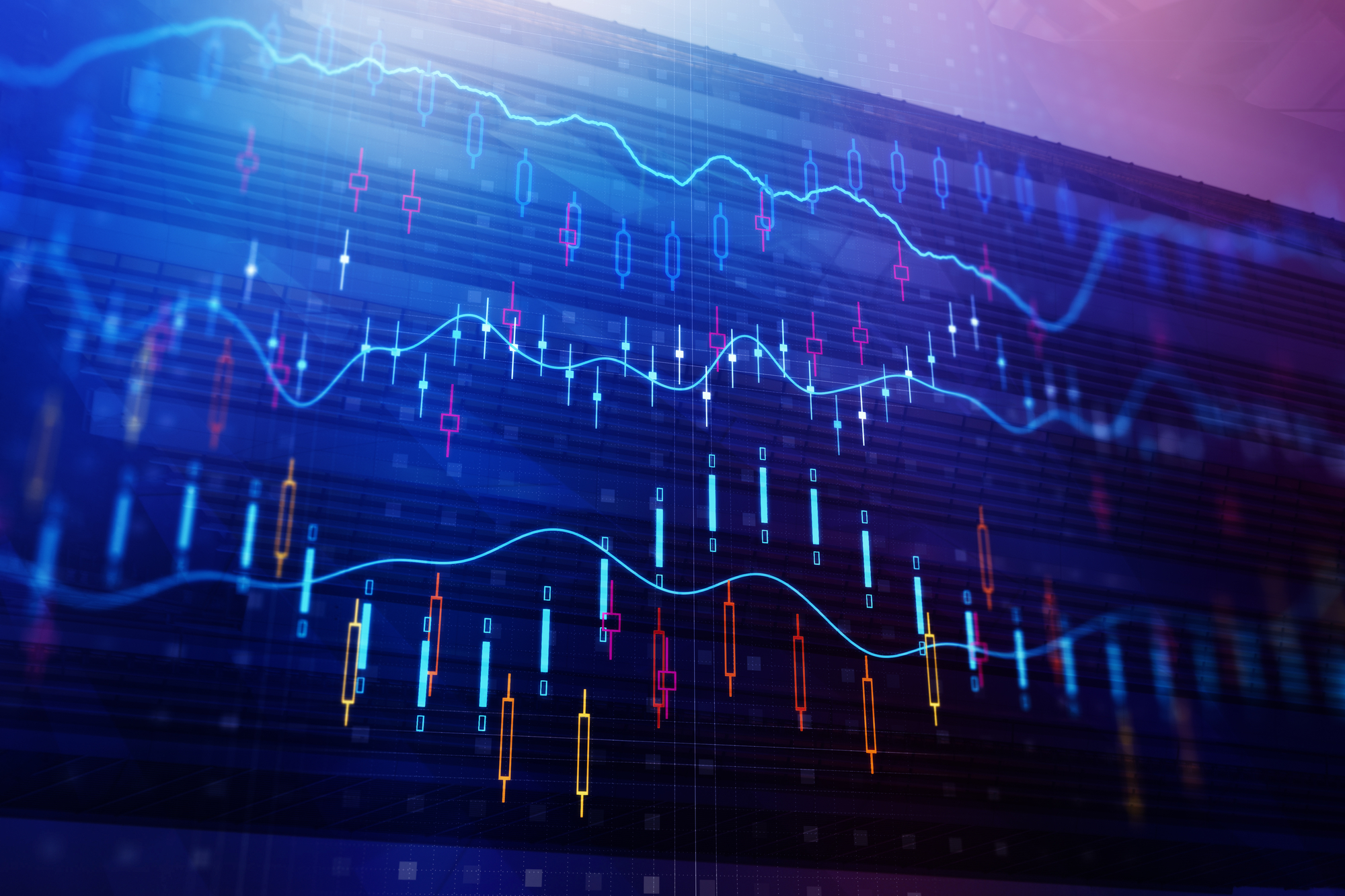 I recently wrote that I would be enlisting the help of friends and family to help make up for some of my weaknesses when it comes to investment thinking, writing and executing. I am pleased to announce the first tangible step in this process. My dear friend Geoff Dennis has very recently retired from Wall Street following an illustrious 35-year career.

I have been following Geoff’s great work for literally decades. Ever since I moved to the buyside, Geoff became my favorite sell-side Latin American, and then global emerging markets (GEM), strategist.

At every shop I worked in the money management business (and from each brokerage firm from which he diligently covered my colleagues and I), we always took Geoff’s meetings, and were able to get great quorum, to listen to his engaging, enlightening (and most importantly, profitable) presentations on emerging markets strategy. Geoff is the best public speaker in a presentation setting I have been fortunate to witness over the decades, and I used to read his reports almost ‘religiously’.

His eloquent, crystal-clear explanations of the drivers in emerging market equities and his astute timing of country over- and underweights for tactical purposes were key reasons everybody with whom I worked and I always wanted to hear what he had to say on the outlook for emerging markets.

In this inaugural joint article, Geoff and I will endeavor to make a case for a year-end rally and general seasonal strength for global equities to be led by emerging markets. As I have said many times before, trading calls are definitely not among my core competencies. Here I will defer more to Geoff.

Moreover, as I recently wrote, currency forecasting is also not one of my strengths. Geoff’s competencies are a lot stronger here too, so we hope that our complementary skill-sets will result in some profitable analysis and commentary for our readers.

A benign backdrop for global equities following the October pause

As I wrote last month, the October selloff (and ongoing ‘retest’) represents a healthy correction to shake out weak holders of stock. Such periodic selloffs (and there have been plenty in previous Octobers) are actually needed in order to prevent sharp market melt-ups and ensure that the general uptrend in stock prices is extended in duration. To long-term investors like me, these drawdowns provide attractive entry points in stocks sold off by traders.

Furthermore, as Geoff explained in his own recent inaugural LinkedIn article The Seasonals Favor EM, we have now entered the more favorable ‘half’ of the year (November to April) to be exposed to emerging market equities. This is true of EM, but also applies to global stocks more broadly. ‘Sell in May and go away’ is a well-known stock market mantra and, while it was originally coined to refer to US equities, there has been a clear seasonal pattern over the years in emerging markets also, as Geoff illustrates in his article.

Turning to currencies, as Geoff also noted (and has stressed to me over the decades), the outlook for the US dollar has typically been a key driver of the relative performance of emerging market equities. As a result, I have traditionally been wary of making bets on EM, as I have little clue as to how the US currency may perform, particularly over the short term. Nonetheless, as Geoff mentions in his earlier article, the dollar is now overvalued. I completely agree with him, as fair value against the euro is around $1.20 according to my work, based on purchasing power parity (PPP).

However, the question is whether such fundamental support for a weaker dollar will be reflected in the short-term performance of the US currency. Question to Geoff: Could you please elaborate on your near-term outlook for the dollar and how it relates to your call on EM?

Geoff’s Answer: “Given the large US current account deficit with Europe and with the dollar having been supported in 2018 by strong US growth which seems likely to slow over the next 6–12 months and by a gradual tightening of Fed policy, an eventual pullback in the US currency towards its fair value (with a possible overshoot for a time into undervalued territory) seems very likely.

There is another very big issue to consider. As noted above, it is unlikely that US growth in the next four quarters will accelerate further from the 3.9% average annualized rise in real GDP in Q2-Q3. As US growth slows, two things will happen. First, with the current recovery (beginning in June 2009, it has now lasted nearly 9½ years) already being the second-longest of the post-war period (beaten only by the 10-year recovery in 1991–2001), any new slowdown in US growth will inevitably raise investor fears of an upcoming recession. Secondly, as this occurs, the markets will begin to price in a less aggressive Fed rate-hiking cycle into the future. Both events should put the (overvalued) dollar under renewed downward pressure, once again pushing liquidity out towards the emerging markets.”

Thanks, Geoff! I agree that how the dollar plays out in the near term will have important implications not only on the relative performance of emerging market equities, but also that of various sector and major countries in global equities in the seasonally-strong period. Currency swings have diverse (and sometimes unexpected) ramifications on specific sectors and individual stocks.

For one of the simplest examples, exporters from the US would benefit if the dollar were to finally weaken. Nevertheless, not only the revenue, but also the cost exposure to various currencies may meaningfully alter the profit outlook for multinational companies.

Separately, I remain constructive on US financial stocks, which stand to benefit from the additional tailwind of the Fed’s continuing to remove excess monetary accommodation. Long-term interest rates on US sovereign debt obligations are meaningfully higher than they were at this time last year.

The flattening of the US yield curve is obviously not great for US financials, but we still do not believe that the Fed will actually tighten into an inverted yield curve, let alone into a US recession. But I should have more on other sectors and individual stocks in articles to come. For now to close out this inaugural joint piece, let us turn to Geoff for more specifics on his bullish call on emerging markets.

Geoff’s Answer: “The global scenario in 2019 should be a modest positive for EM equities. US economic slowdown, the approach of the end of Fed rate hikes, little (if any) further rise in US bond yields, an ongoing steady slowdown in Chinese growth (no ‘hard landing’) and modest global growth (but with no recession) should help EM, as the dollar fades from its current overvalued level. One risk to this scenario is that the ongoing Italian budget conflict and the Brexit process push investors back into the dollar.

So, net-net, here we assume only modest support for flows heading back towards emerging markets in 2019. In such a situation, Chinese equities look interesting given how weak they have been this year and how, as policy support for the domestic economy is extended, fears of a hard landing should fade.

With a slightly weaker dollar likely, ‘high-risk, high-beta’ markets (some of which have lagged this year) also appear to be good opportunities in 2019. Our favorites here would be Indonesia (which faces an election next April, but has underperformed badly this year) and Russia (given that oil prices look oversold while the market is very cheap on conventional valuations). India also looks good for the long-term (the best growth story in EM) but faces an uncertain election next year.

After elections in 2018, both major LatAm markets are now ‘show-me’ stories and we are less keen. In Brazil, after the election of President, Jair Bolsonaro, was greeted with euphoria by local markets, the hard work now begins. Without significant action to curb public spending (especially the passage of pension reform), Brazil will face a major fiscal crisis next year.

In Mexico, the fiasco over the Mexico City airport project and the threat by the incoming left-wing President AMLO to abolish various transaction fees paid to banks have raised real fears over the direction/style of macro policy under the new government. Mexico has sound macro fundamentals and a rich stock market; any policy slip-ups will be punished. We would also steer clear of Turkey (still facing a major external deficit and South Africa (new elections next year, with stagnant growth and poor fiscal policy).”

Claudio Brocado Claudio Brocado is a seasoned financial professional with substantial corporate finance experience, followed by over twenty years in the financial services industry — sell-side as well as over sixteen years on the buy-side, including firms such as RCM (now Allianz Global Investors), Putnam, Fidelity and Batterymarch, an affiliate of Legg Mason. Mr. Brocado has substantial global expertise and interests (complemented by formal studies in foreign languages and literatures) and enjoys a strong understanding of multiple cultures and intercultural communications. He has Bachelor of Arts with a double major from Washington State University (in Hotel and Restaurant Administration and Foreign Languages and Literatures) and a Masters in Business Administration from the University of California, Irvine. Starting in 2014, Claudio (now officially retired) spends much of his ‘professionally-oriented’ time performing research on and investing in global financial markets — developed and emerging — with a long-term (5-year-plus investment horizon). Having grown up in Mexico, and with extensive contacts at all levels of industry and financial services throughout Latin America, Mr. Brocado can provide value added to global investors participating in the region. Claudio is the author of the book “Against #shortermism” - A few lessons on the importance of a long-term corporate culture. He publishes frequently on LinkedIn, Seeking Alpha and Medium (including their specialized “Data Driven Investor” platform). Mr. Brocado is also a member of the Board of Directors of Young Investors Society (YIS.org), a US-based non-profit organization focused on improving the financial literacy of high school youths in the US and a growing number of countries.
« Your business is built on the foundations you exhibit.
For community building, game on »