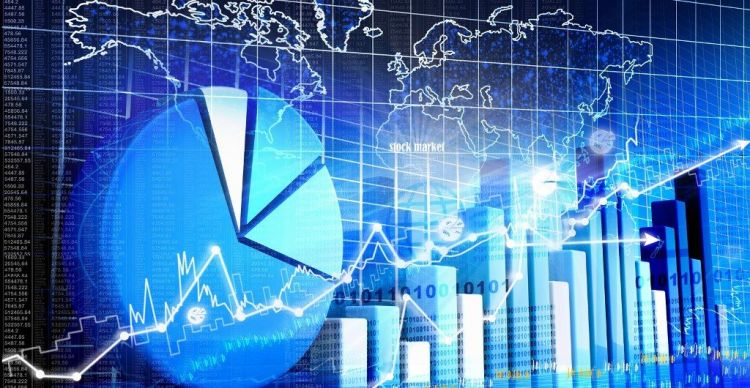 When the fortunes turn for an asset on a financial market, even good news become bad news & that’s what has been happening to the Cryptocurrencies lately. More on that later but they did manage to bounce off the low earlier, which marked a correction of 82% at the time of writing. Stocks managed a handsome rebound on the expectation of a deal between the World’s two largest economies on the sidelines of the G-20 summit in Argentina. While in FX markets the Greenback rebounded from another low yet again to keep the bullish trend intact. Let’s quickly review some weekly numbers from the financial market before getting into further details.

Cryptos have managed to ward off the recent scare after a steep decline making it the second biggest in its short history in percentage terms (figure below). While the institutional interest continues to climb in the Cryptos, the price action dictates otherwise. As the plunge intensified in the digital coins Nasdaq – the second biggest exchange market operator in the World announced to go ahead with its plans to list the Bitcoin futures in the first quarter of 2019. This positive development was completely overshadowed by the cautious comments of U.S SEC Chairman Jay Clayton on the fate of Bitcoin ETF pending for approval with the regulatory authority. He had to say this…

“We’ve seen some thefts around digital assets that make you scratch your head, We care that the assets underlying that ETF have good custody and that they’re not going to disappear.” 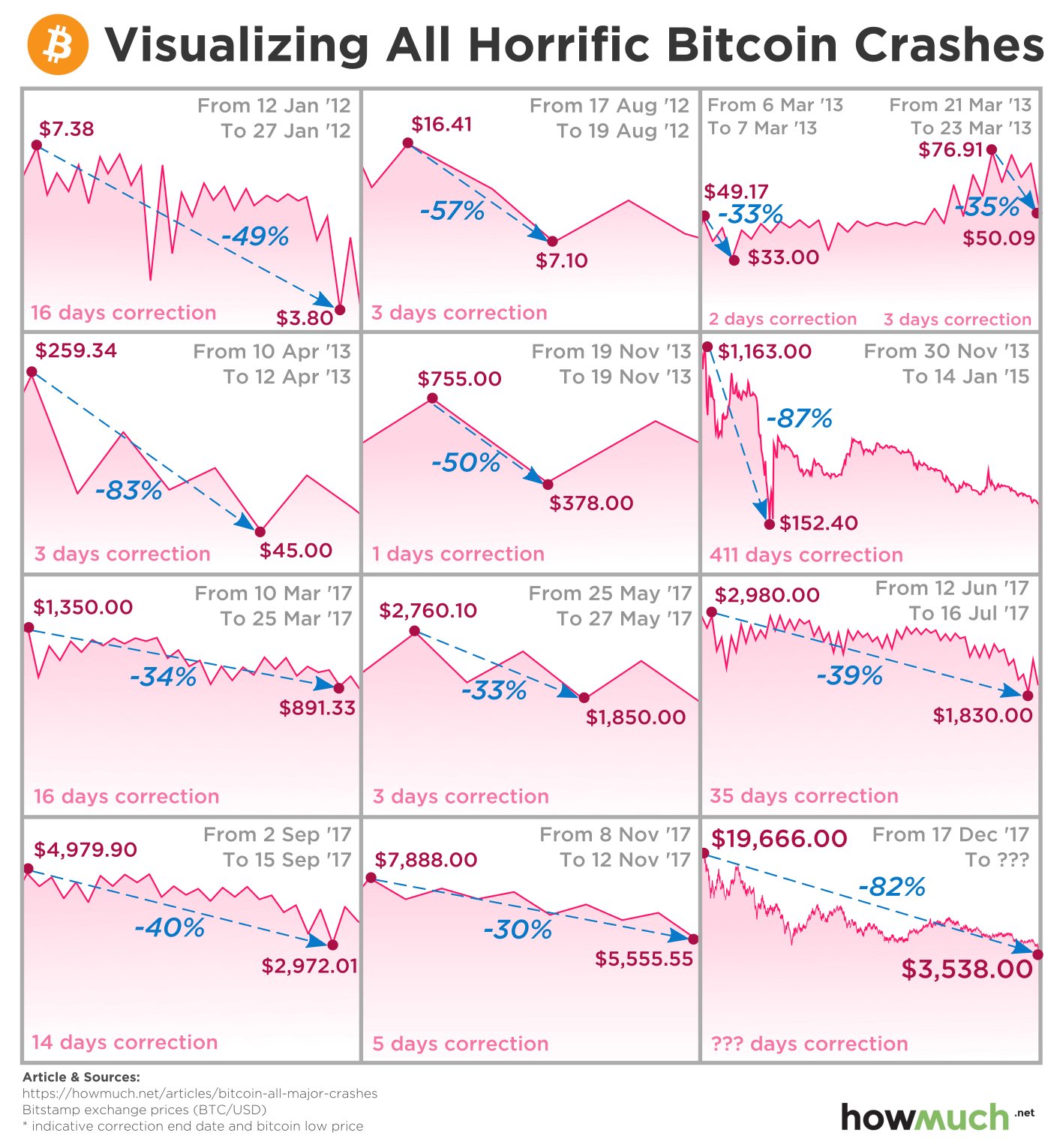 Time will tell if the Bitcoin ETF would get approved but for now we can look at some price action to determine the direction of the Crypto kingpin. The daily chart shows that BTC is comfortably sitting in the bearish territory with the immediate resistance in the $5800-$6000 region, below which the gains remain capped. A push above this level would shift the sentiment to the consolidation phase but only a convincing break of the $6800 would signal a return of the bullish sentiment in the premiere cryptocurrency. The total market cap of the Cryptos at the time of writing is sitting at $136.53 billion with Bitcoin contributing $73.44 billion to it. 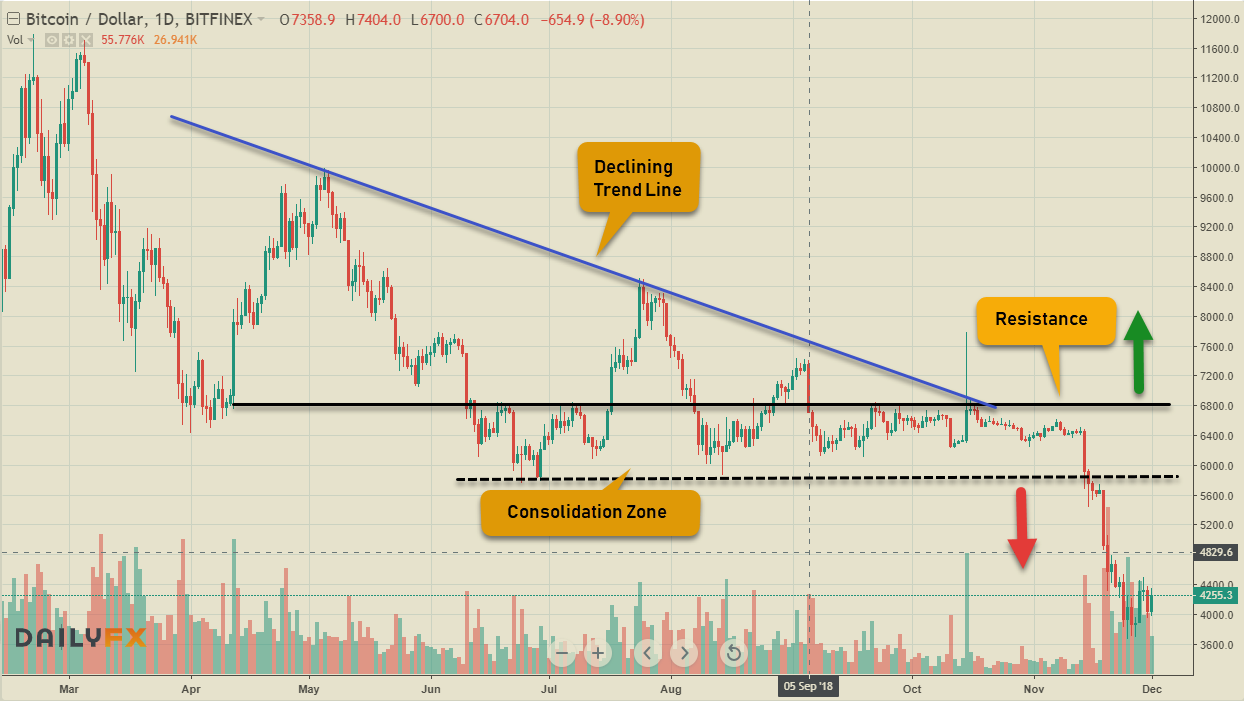 The US equities exhibited a classic – “Buy on rumor, Sell on News” with the stocks bouncing off the precarious lows from last week on the expectation that U.S – China would sort out their trade disputes over the weekend or at least thaw the ice on the subject. If the expectations are not fulfilled the stocks might give up all the gains of this week while a positive development can provide the recipe for a Santa Claus rally. Keeping our fingers crossed… the other talking point was the unabated drop in the price of Crude Oil which fell below the psychological level of $50 marking a drop of 22% in November alone to its lowest level since October 2017. With Russia saying it’s comfortable with the price & Saudi Arabia under constant political pressure from the West on the Kashoggi killing the prices seem unlikely to bounce back, barring an external shock. 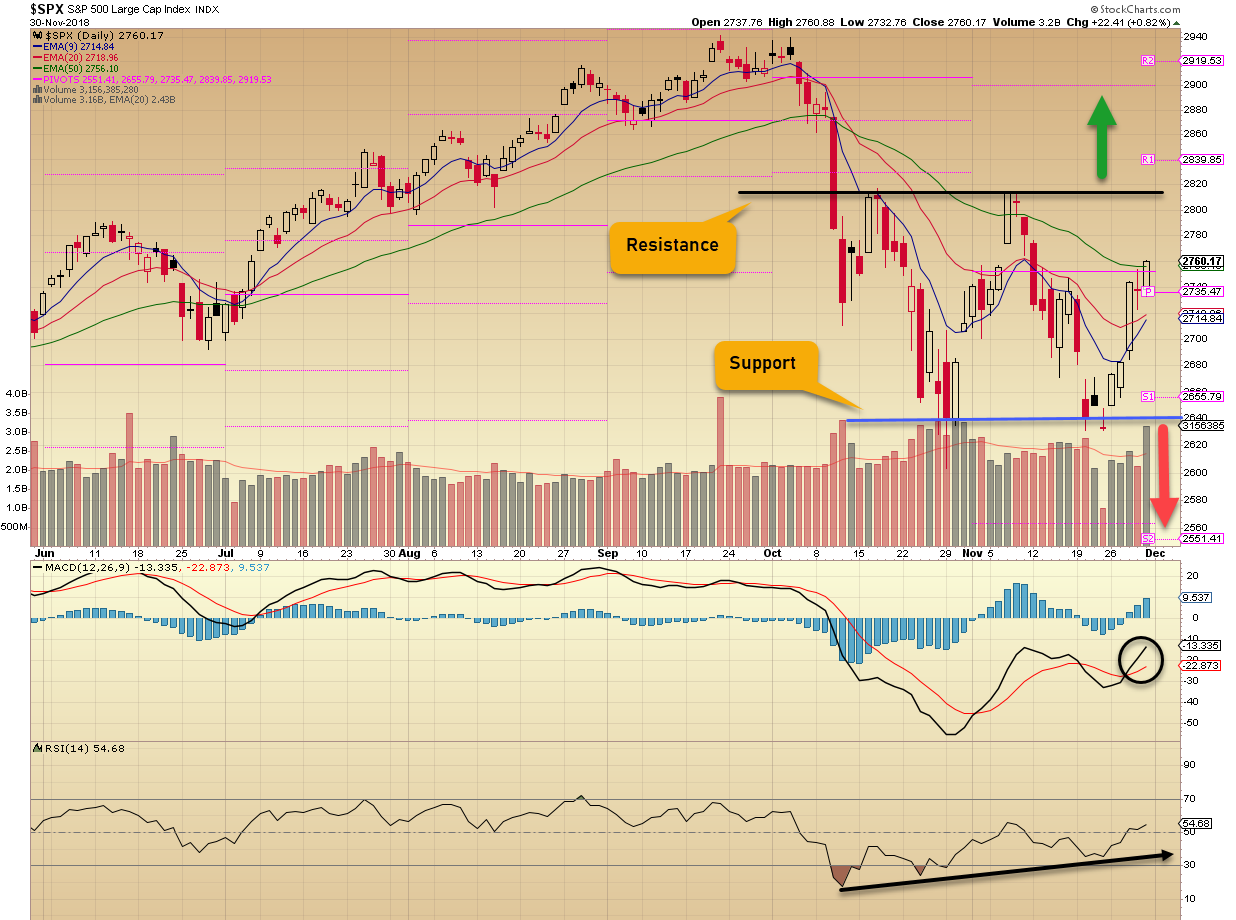 On the back of a dovish U.S Federal Reserve Chairman Jerome Powell, the U.S stocks were able to rebound handsomely from the lows of last week. The statement of Powell was followed by a massive rally of 600 points in the Dow index which helped fuel this move. The U.S-China meeting at the G-20 would be the key to the direction of the markets going forward. For now the S&P 500 seems to have moved back into the consolidation zone but still well below the previous resistance high. Positive divergence in the MACD & higher lows in the RSI point to a bullish posture. Keep in mind though that the volatile economic & political environment can cause the market to whipsaw in either direction. There has been so much talk about China trying sell the U.S treasuries get back at its biggest trading partner and create some leverage – China currently holds $1.15 trillion of U.S treasuries as of Sep. 30. However, when this question was posed to Chinese Ambassador to the U.S, this is what he had to say:

“I don’t think anybody in Beijing is thinking seriously about this. It could backfire. We don’t want to cause any financial instability in global markets.” 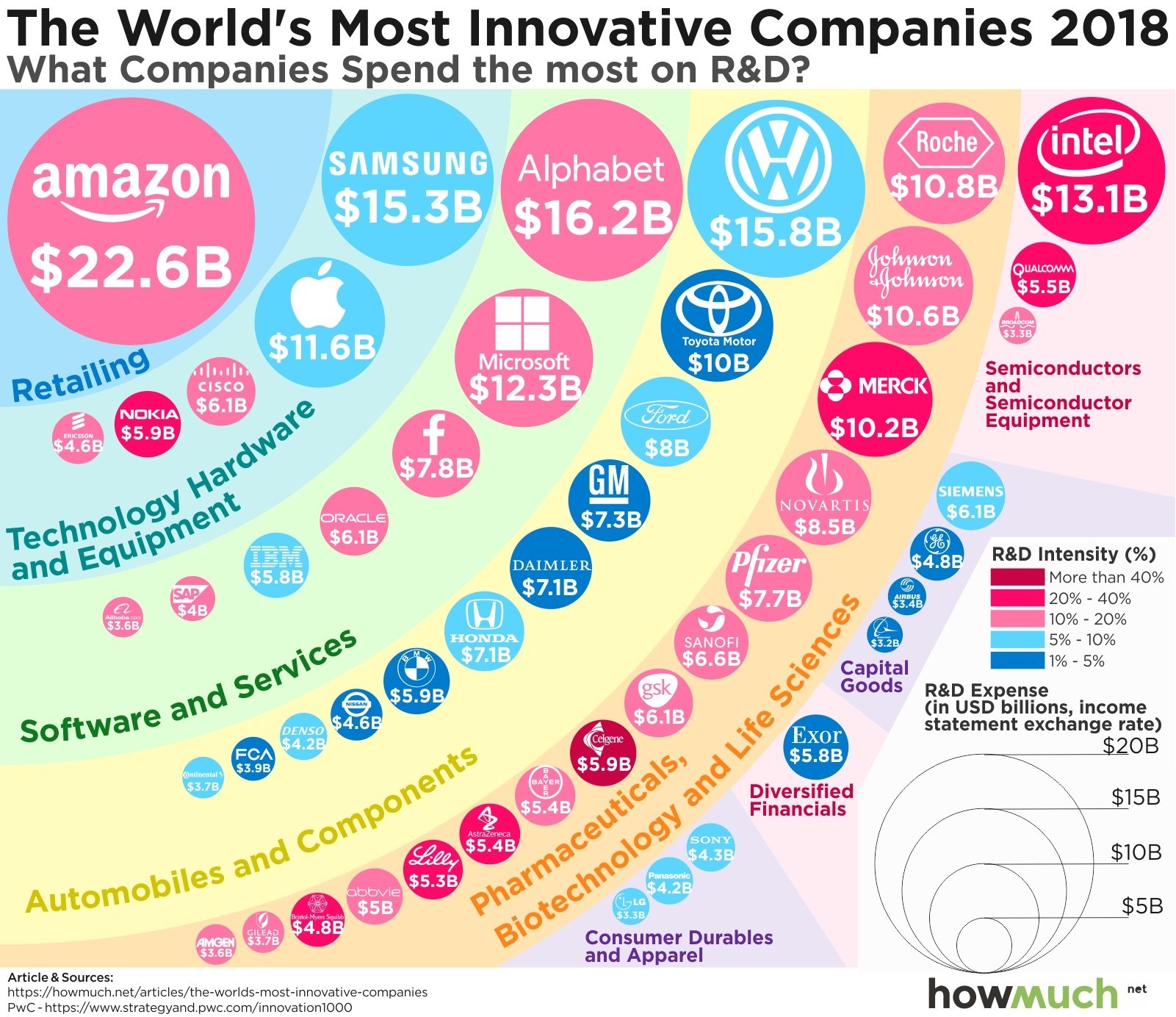 Forex markets settled down a bit this week but the dent in Greenback’s strength post the Fed Chair Powell’s comment about nearing neutral interest rates was reversed on Friday with the uncertainty in the markets regarding the outcome of the trade talks between the World’s two biggest economies. The Dollar index posted a higher low for the umpteenth time as evident in the chart below. Immediate support stands @ 95.50 a break of which would signal an extended correction. For now the index seems well placed to continue its bull run. 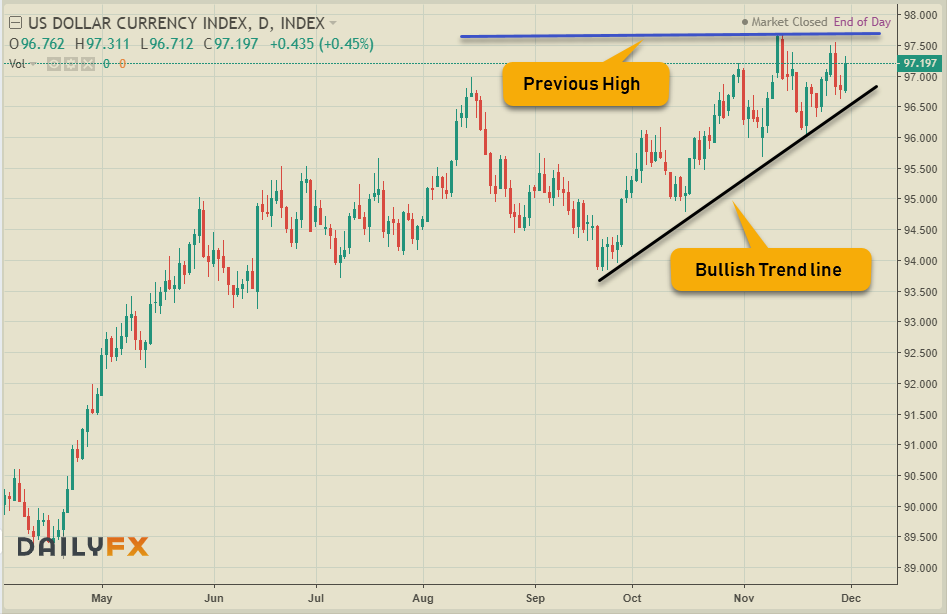 Talking about the USD Majors individually, NZDUSD was the strongest while EURUSD was the weakest this week. USDCAD’s weakness persisted with the Crude under constant pressure. AUDUSD might also suffer in the medium term if the Chinese economy showed more signs of weakness being Australia’s biggest trading partner and the driver of its 21-year-old bull market run! EURUSD gave up almost all of its gains post the FOMC statement with weakness marked by Italian budget crisis & Brexit uncertainty, which BTW can spark huge risk moves in the GBPUSD. EURUSD in the meanwhile has turned bearish again with the immediate intraday resistance @ 1.1350 – only a break of the 1.1400-1.1420 resistance zone would signal the end of the current downturn. 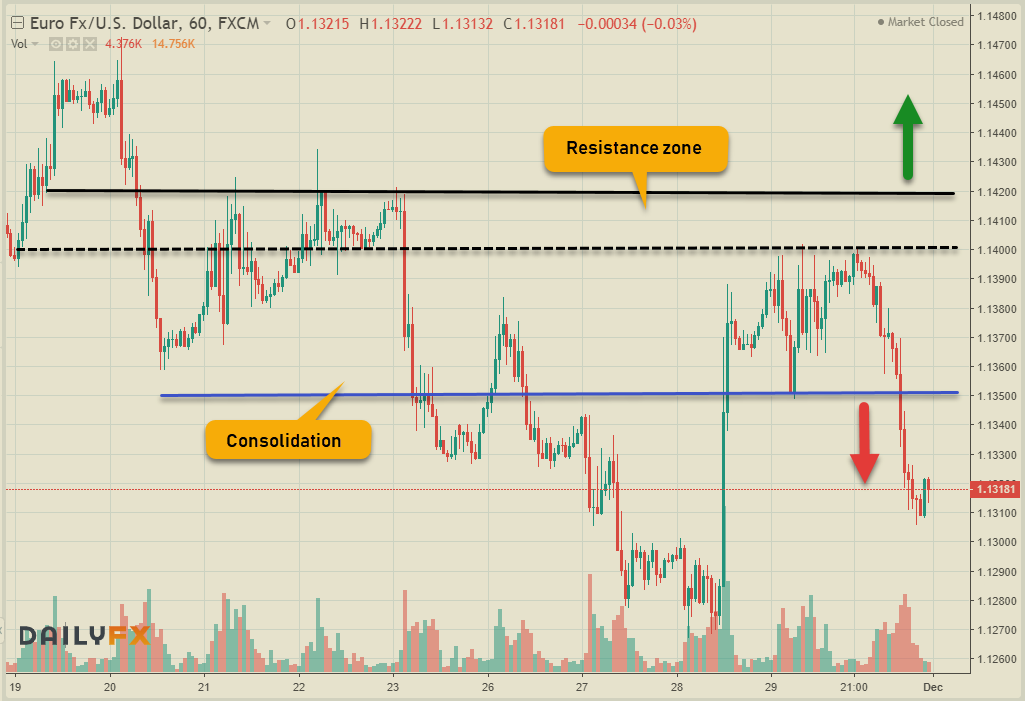 Internationally, Pakistani Rupee plunged by a massive 5% in a single day to mark the biggest drop in years. This was on the back of bailout talks between struggling South Asian economy & the IMF. The talks for a $7 billion package to bring order to its balance of payments of its $95 billion external debt would resume in the middle of January. Next week is a busy one for the economic data calendar with Central bank decisions from RBA & BOC, Employment numbers from CAD & US, AUS GDP, BOE Governor’s address to the UK Parliament & US ISM data.

Signing off here with a comic to lighten up the mood as usual. 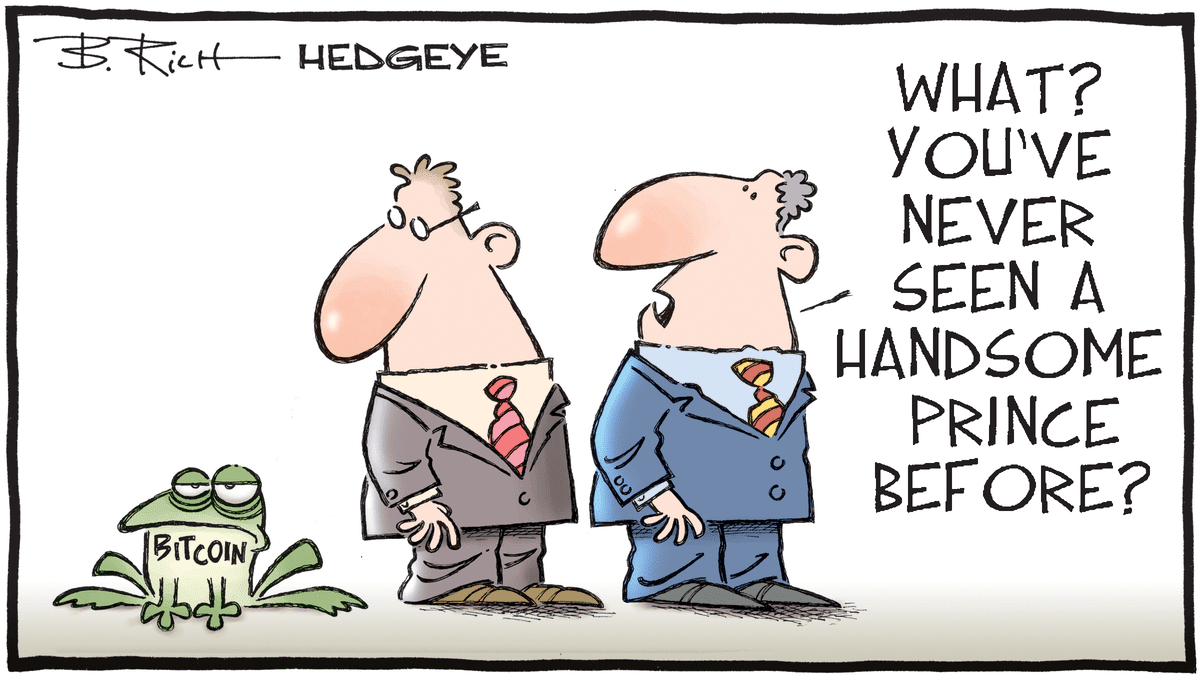 Faisal is based in Canada with a background in Finance/Economics & Computers. He has been actively trading FOREX for the past 11 years. Faisal is also an active Stocks trader with a passion for everything Crypto. His enthusiasm & interest in learning new technologies has turned him into an avid Crypto/Blockchain & Fintech enthusiast. Currently working for a Mobile platform called Tradelike as the Senior Technical Analyst. His interest for writing has stayed with him all his life ever since started the first Internet magazine of Pakistan in 1998. He blogs regularly on Financial markets, trading strategies & Cryptocurrencies. Loves to travel.
« All about Optherium – A highly scalable & Multi decentralized BaaS Platform
China’s Daredevil: The suggestive art of algorithms. »