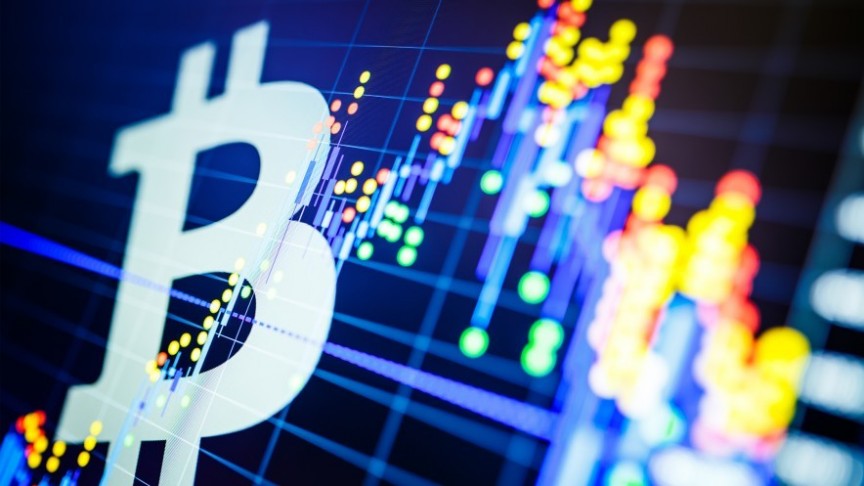 Despite the massive price declines in the Cryptos for the past 12 months the institutional interest has continued to grow at a rapid pace evident from the rapid innovations that we have seen in the investing products for digital assets, which have made it much easier than before for institutional & retail investors to get exposure to this emerging market. Will be talking about three such new products.

Starting January 7, the Estonia-based tokenized trading platform DX.Exchange has launched the support for investors to trade in tokenized shares of the Nasdaq listed companies in collaboration with the second biggest stock market in the World. This would not only enable a new way trading of paper-based shares but disrupt the traditional timing model by trading 24/7 since the Cryptos never sleep! The digital exchange that has offices in both Estonia & Israel entails an eventual expansion to New York, Tokyo & Hong Kong stock exchanges. Here are the main features:

➲ The digital exchange will be using Nasdaq’s Financial Information exchange (FIX) protocol & the digital tokens of the companies’ stocks will be issued on Ethereum blockchain via smart contracts.

➲ MPS will be buying physical shares of the companies based on consumers’ demand on DX platform and then converting them to ERC-20 tokens which are backed by 1:1 peg with the paper-based stocks.

➲ Just as with regular Cryptos, you will be able to buy fractions of shares as well, since the holdings will be represented as digital representation of stocks.

➲ The actual shares of the companies bought by MPS on behalf DX.exchange will be kept in a separate account with no internal access – this is supposed to act as a safety buffer in case of company facing financial issues etc.

American investors will still have to wait a little longer (later in 2019) since the services are only available for European customers as of now – They are still in a soft launch phase as per their twitter handle, as they work towards enabling all the features including the cross pairs in the coming days & weeks. The service marks a shift from the traditional financial markets to one with digital portfolio of assets. The demand & liquidity will be the variable factors which will determine the success or failure of the new mode of the digitized securities trading. Exciting addition nevertheless.

Have you been waiting for https://t.co/gavrewTi9F Digital Tokenized Stocks ? Well wait no more and make sure to watch the video below to get the full breakdown! #exchangeyourway pic.twitter.com/gMK4CVZQdE

While all eyes are on the launch of ICE’s Bitcoin physical futures platform Bakkt – slated to be launched somewhere at the end of January (pending on regulatory approval), another Crypto player has already decided to launch similar physical futures contracts for selected Cryptos in the Asian Market. Coinfloor, the oldest UK-based crypto exchange is launching the venture through a sister concern called CoinFLEX — Coin Futures and Lending Exchange.

➥ The Venture will be based in Hong Kong, headed by Mark Lamb, the co-founder of the Coinfloor. CoinFLEX is reportedly owned by a consortium led by Roger Ver, an early Bitcoin investor & entrepreneur and a strong proponent of Bitcoin Cash (BTC ABC). The company, however, will be incorporated in lightly regulated Seychelles.

➥ Physical Futures will be launched in February & will be available for Bitcoin, Bitcoin Cash & Ethereum initially with leverages of up to 20X.

➥ The main distinguishing feature of these physical future contracts would be the delivery of underlying cryptocurrency rather than a cash payment on their expiry.

➥ The contracts will be priced in Tether (USD pegged stable coin). At the expiry of the contracts, investors who shorted Bitcoin will receive Tether & the ones who went long will collect Bitcoin. CoinFLEX is also planning to introduce a contract in which Tether is traded against USD Coin (Circle & Coinbase backed stable coin)

According to CEO of CoinFLEX, there is plenty of room & growth to build on the current Crypto derivatives market of $3 billion. The biggest challenge for CoinFLEX would come in the shape of Bakkt if it is able to successfully launch in the U.S with a regulatory approval. There is another strong  competitor for CoinFLEX in the form of BitMex – one of the largest trading platforms which offers future contracts with leverages of up to 100X. Bypassing or navigating the current stringent regulatory regimes around the World remains the biggest hurdle for Crypto businesses.

As the never-ending debate rages on whether U.S SEC would approve the Bitcoin ETF in February 2019, Japan is reportedly looking into launching a Crypto ETF as reported by Bloomberg. Japan is one of the biggest Crypto markets in the World where there is a legal framework for digital assets, cryptocurrencies are accepted as a mode of payment & digital exchanges can operate legally. Ironically though, it has also been at the receiving end of some of the biggest hacks in Crypto history.

Contradictory signals & statements regarding Crypto regulation (in Japan) is similar to the rest of the World here as well, with the Japanese Financial Services Agency (FSA) declining to allow the Crypto derivatives trading. On the other hand, the agency seems much more open to approving digital assets backed ETFs (Exchange traded funds). Although the former decision was a bummer for the Crypto investors, the approval of the latter could spark renewed institutional & retail interest in the $335 billion Japan’s ETF market. A similar product called the ETP (Exchange Traded Product) under the Crypto slang symbol ‘HODL’ was launched earlier in Switzerland, averaging a turnover of only about $1 million. The approval of an ETF in Japan or better yet U.S ($3.7 trillion ETF market) would be a much bigger deal as some pundits draw the analogy to what happened to Gold prices after the launch of the precious commodity ETF in 2003 (figure above). 2019 is shaping up as an interesting year for the Crypto trading market.

Faisal is based in Canada with a background in Finance/Economics & Computers. He has been actively trading FOREX for the past 11 years. Faisal is also an active Stocks trader with a passion for everything Crypto. His enthusiasm & interest in learning new technologies has turned him into an avid Crypto/Blockchain & Fintech enthusiast. Currently working for a Mobile platform called Tradelike as the Senior Technical Analyst. His interest for writing has stayed with him all his life ever since started the first Internet magazine of Pakistan in 1998. He blogs regularly on Financial markets, trading strategies & Cryptocurrencies. Loves to travel.
« How the Financial Markets fared in 2018 & looking ahead to 2019
‘I am different. Let this not upset you.’ »