Why Data will Transform Investment Management 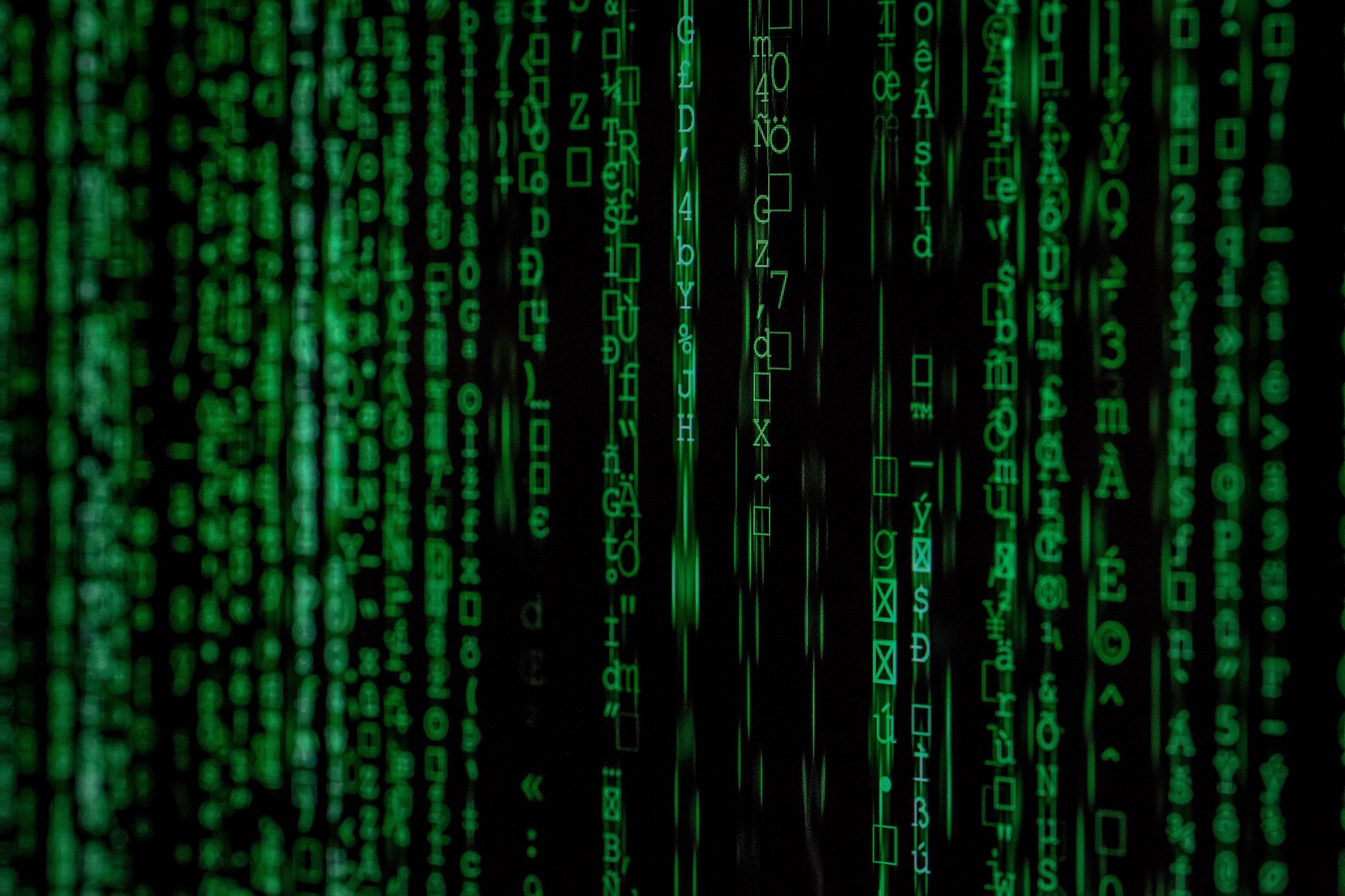 Some have called it “the new oil.” But while it bears little resemblance to the black gold, its ongoing commoditization – and its function as the ‘fuel’ of this digital era – is earning it a prized valuation and utility that is not entirely dissimilar.

This hot new resource is, of course, data. Big data, to be precise. And thanks to its mass proliferation in recent years, the opportunities it presents to make smarter, more informed and more timely decisions are growing by the day. Not least in the world of investing.

Using data to inform our investment decisions is by no means a new phenomenon. Back in the 1950s, for instance, Walmart founder Sam Walton flew airplanes over parking lots to count cars and thus assess his real estate investments.

But what has changed is the sheer volume and diversity of data that’s now available.

The rise and rise of data

Just the raw numbers by themselves are staggering. The International Data Corporation forecasts that the global datasphere – the world’s total amount of data in existence – will swell from 33 zettabytes in 2018 to 175ZB by 2025. That’s a trillion gigabytes, multiplied by 175!

To put that in context, “If one were able to store 175ZB onto BluRay discs, then you’d have a stack of discs that can get you to the moon 23 times,” ICD’s senior vice president David Reinsel recently acknowledged, “Even if you could download 175ZB on today’s largest hard drive, it would take 12.5 billion drives.”

JPMorgan, meanwhile, found in 2017 that 90% of the datasphere had been created in just the previous two years alone. And of that data, a mere 0.5% was being formally analyzed.

But it’s not only a case of more data being generated. Infrastructure to support this surge is advancing at a fair pace, primarily in the form of more computer power to process those vast reams of data, and more capacity for data storage.

The internet is also playing an important role in sharing this data. Given that the overwhelming majority of data being captured is unstructured to some degree, the ability to share/send it via online means is crucial. The data coming from embedded systems (such as sensors in cars or satellites) has similarly exploded, while the Internet of Things is enabling such sensor data to be efficiently transmitted and collected across networks of commercial and personal connected devices.

So, what does this all mean for investors, then?

With more data available, therefore, more actionable investment insights can follow – or at least, should follow. Whether it’s sensor data from automobiles, or Twitter posts praising and/or decrying a certain company, or geolocation data tracking consumers’ daily habits, the amount of potentially useful information that’s being uncovered and made accessible to investors is growing all the time.

Already, the term ‘alternative data’ has emerged to describe this data, specifically that which can be used for investing. It is data that originates from sources other than traditional financial ones (hence the ‘alternative’ part). In other words, given the evolving and expanding nature of alternative data, it currently remains defined by what it is not, rather than what it is.

And this amorphous definition itself explains why data will be a lynchpin factor for future investing. Its continuously expanding scope means that it will have increasingly important implications for a much wider range of asset classes, markets, industries and even economies than the traditional data we have all become accustomed to using, such as company earnings.

The transformation for investment management, then, arises as investors of all stripes – from the multi-billion-dollar hedge fund manager to the simple retail investor – look beyond mere financial performance to gauge the health and prospects of a particular target (such as a stock).

Satellite imagery that shows fewer cars in Walmart parking lots over a particular quarter is likely to mean that consumer demand – and as a result, company revenue – has waned during this period. Or if geolocation data is showing that more customers are checking-in to a particular restaurant using apps on their mobile phones, then it’s a strong signal that the restaurant’s performance is improving.

It also means that we don’t have to rely so heavily – or perhaps even at all – on traditional, cyclical financial data. The very fact that we could have fresh data consistently at our disposal that allows us to make assessments in real-time, rather than periodically, is a profound evolution. Investors will be more regularly informed, analysis will be more granular, and investment opportunities will ultimately be unearthed more frequently.

Asset management starting to catch on

Not surprisingly, hedge funds are already capitalizing on these opportunities. Indeed, something of an arms race has recently emerged within the industry as asset managers strive to find more meaningful and more unusual sources of data. By doing so, funds are seeking that competitive edge over their peers: the more obscure the data, the less likely it is that competitors have already procured it, and ultimately, the greater the alpha-generating opportunities.

A slew of companies has also concurrently emerged to satiate this growing hunger for alternative data. Their ability to procure a variety of types of alternative data, often by partnering with primary data sources (such as satellite imaging companies) means that asset management companies are willing to pay substantial amounts to these alternative data vendors for access to their data.

Once obtained, however, their job is not even half completed. The biggest challenge remains: gleaning valuable, meaningful intelligence from all the information. Having masses of raw data to hand is one thing. Determining exactly how it is relevant is quite another. Processing and analyzing data with scant predictive power will only result in a dearth of meaningful trading signals at the other end. As co-founder of Secor Asset Management Ray Iwanowski succinctly observed, “Available information is not synonymous with useful information.”

Identifying the “golden ticket” from raw data remains a skill that investment professionals will be honing for quite some time. Indeed, it will be this crucial process of extracting meaningful and actionable insights that will ultimately determine the extent to which data can transform the investment landscape.

But new analytical techniques such as machine learning and deep learning are proving powerful in their ability to separate the signals from the noise. Algorithms can scour datasets to detect meaningful trends and patterns, as well as identify actionable insights in real time, even as new data is fed through the system.

So why, then, will data transform investing?

Simply put, because data is now here. Once hiding in plain sight, it has become more visible, more useful and more tangible than ever. The opportunities to capitalize on what the undiscovered data out there could tell us about the world – not just for investors, but for everyone – are profound.

As for the investment management industry, alternative data is clearly having its desired effect. A report last year from Greenwich Associates shows that asset managers are currently spending around $900,000 per year on alternative data sources. They are also increasing their budgets for alternative data, and expect to use more of such data to inform their investment decisions going forward.

In fact, the transformation is already happening. From an organizational perspective, we are seeing hedge funds employing armies of data scientists for this very purpose. It’s not entirely inconceivable that funds of the future will predominantly comprise of data specialists, rather than finance theorists.

But it should be stressed that the entire spectrum of investors have the chance to thrive in this new data-driven world. And that includes smaller, less experienced retail investors. Having access to data, training (for example, a reputable data science course) and appropriate analytical tools will equip them with what’s required to make smarter, more informed investment decisions than they are currently able to achieve (and is where Data Driven Investor intends to make a real difference).

Will there still be room for traditional investing? Quite possibly. Many believe asset managers will settle on a “hybrid” solution. The term ‘quantamental’, for instance, has increasingly popped up in recent times to describe a popular investing strategy being employed hedge funds, combining the fundamental-driven stock-picking attributes of traditional investing with the use of computing power and big datasets.

Nonetheless, the world is now increasingly waking up to the power that data could potentially unleash. And investment management, for one, will never be the same.

Shashank Pattekar Financial markets professional turned FinTech enthusiast, Shashank has a passion for exploring the possibilities of disruption in this new, tech-informed era of finance. After several years working in London's financial services sector, including stints with investment banks Goldman Sachs and Merrill Lynch, he opted in 2013 to switch to a more location-independent career. In the process, he developed a keen interest in writing about contemporary subjects including FinTech and blockchain, alongside more traditional topics related to finance, economics and current affairs. Shashank has also been an advisor to a new London FinTech firm, and has worked on a number of global blockchain projects, mainly in financial, marketing and advisory capacities. Shashank can be reached at [email protected]
« Want to know who the leader is? Ask him to decide.
MIT takes center stage with Crypto Projects Unit-e & Vault »