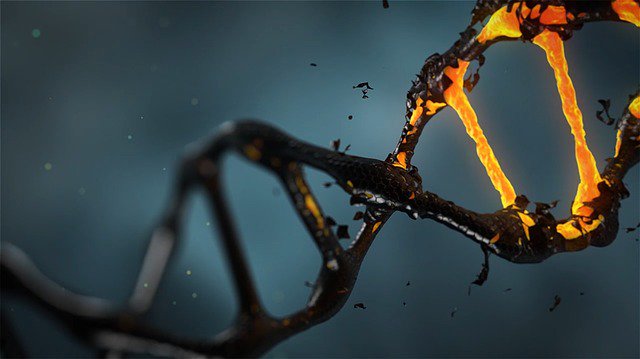 Genome editing is on the cutting edge of science. It’s also morally questionable and possibly illegal in many jurisdictions.

Despite that, a Chinese scientist announced that he edited the genomes of two human embryos to make them resistant to HIV. He had implanted these embryos in their mother, who gave birth to healthy twin girls.

Dr. Iris Thiele Isip Tan noted this development with trepidation. She is an endocrinologist and clinical associate professor at the University of the Philippines College of Medicine.

Tan noted that the scientist used CRISPR/Cas9, which according to yourgenome.org is the “most common, cheap and efficient system used for genome editing.”

“We now have at least — are there more out there that we don’t know about? — two human beings with altered genomes on the planet,” Tan said. “Have we opened Pandora’s box? Are we on our way to Gattaca?”

She referred to “a science fiction film that depicts a future society driven by eugenics where potential children are conceived through genetic selection to ensure they possess the best hereditary traits of their parents.”

“We’re living in a time when racism and socioeconomic disparities are increasing dramatically,” Tan said. “The last thing we need is for some biological procedure to fuel the false idea that some groups are biologically superior to others.”

Together with other healthcare providers, Tan wondered if editing the human genome is right, and if so, under what circumstances?

Gene editing could be considered as a last resort. For instance, if you carry a gene making you vulnerable to breast cancer, would gene editing not be worth the risk for prevention?

“I find this question difficult,” Tan said. “Were we meant to tinker with our genes? Is this how evolution will be going forward?

“Like everything else, there are pros and cons,” she said. “It could help those with genetic disorders, but what happened to these babies is a troubling example. Those babies have been born. They will pass on what was edited in their genomes. What are the implications?”

Biochemist, internist, and pulmonologist Dr. Earl Louis Sempio pointed out that humans have been “editing” genes for millennia but in a slow trial-and-error manner through plant grafting.

“I like how Dr. Leon Kass — former head of The President’s Council on Bioethics — calls health the ‘well-working of the organism as a whole,’” said Dr. Amiel Villanueva, an aspiring medical specialist, educator, and bioethicist.

“We should ask ourselves if technology such as CRISPR really works toward that goal,” Villanueva said. “Insofar as gene editing can improve human well-being, it may be good. But we also have to examine the means and consequences. Here lies the ethical quandary.”

He reviewed ethical considerations underlying CRISPR, including the embryo-destructive research and implications of editing the inheritable genome.

“It seems like, while a particular gene is intended, other mutations may cause different illnesses to arise as unpredictable side effects,” Villanueva said.

“With regard to embryo destruction, the Chinese scientist implanted four of five embryos developed exclusively for research,” Villanueva said. “In Oregon, CRISPR research might have made 58 implants.

“If ‘designer babies’ are possible, what’s stopping the elimination of those with undesirable traits a la Gattaca?” he said.

Bioethics and healthcare expert Sandra Woods has an added perspective of being a patient for pain treatment. She injected “huge differences” to consider:

She recommended a “good summary” in the Journal of the American Medical Association. There, the Nuffield Council on Bioethics looks at therapeutic and non-therapeutic heritable genome editing.

Another factor to consider: If the CRISPR-edited-babies are otherwise healthy, does this justify what the researcher did?

A data point of one or two is not conclusive. It might be a good sign that the babies seem fine or simply a matter of luck. In any case, ultimate effects might not be evident for years to come — after many other genome edits take place.

“In as much as I am excited about technology use, there are safer ways,” Sempio said. “The end does not justify the means.

“It would be good to remember what science did to men in the Tuskegee study when informed consent and ethics review was overlooked,” he said.

Woods has no sympathy for the Chinese scientist.

“My understanding is that he bypassed all bioethics and research ethics standards put in place after the Nuremberg Trials to prevent research without truly informed consent,” she said. “No ethics board reviewed or approved, or considered risks to these babies or any offspring.

“Even cutting-edge — reputable — researchers don’t yet understand the impact of editing certain portions of a genome on the rest of the genome,” Woods said. “If society opts for heritable therapeutic genome editing, non-heritable research on risks must precede it.”

The issue becomes especially troubling if a sick person is later found not to have been sick.

“What if they don’t have that disease but end up with others?” Woods said. “Because of the heritable editing, their offspring and later generations risk inheriting new diseases.”

“I’ve read opinions on the choice of editing an ‘HIV gene’ being motivated more by personal gain rather than the benefit of the babies,” he said. “Consequences will never make a wrong action good.

“Exposing the babies to huge possibilities of harm — at worst, death — have to be weighed against the unknown probability of benefit,” Villanueva said.

Informed consent for genome editing seems impossible. How can you be informed about a crap shoot when even the person rolling the dice has no firm grasp of the outcome? Chances of good or bad outcomes are all over the place.

“The patient here is the embryo and future generations,” Sempio said. “True Informed consent may not be fully feasible if not impossible.

“That is actually the counter-argument,” he said. “Parents have been deciding for the future of the unborn all the time.”

Woods pointed to a “fantastic piece” by bioethicist Arthur Caplan who said “germline genetic engineering is ethically sound and must be pursued” but not by “going underground, lying about your work and putting children at risk.” The scientist’s act is a “moral monstrosity of an experiment.”

“That brings me back to the foundational concept in medicine and basic science,” Woods said. “Just because we ‘can’ do something doesn’t mean we ‘should.’ This is particularly true at a societal level, and for heritable genome editing.”

Another question: What is the threshold for “unknowns” the scientific community is willing to explore in gene editing?

“It goes beyond getting parental consent because gene pool consequences go down the generations,” Villanueva said. “Hence, we may need consensus from both scientific and non-scientific communities.

“In this case, we may need a ‘community’ consent if we are talking about heritable gene editing,” he said. “Indeed, this case was plain deception, just like the Tuskegee study.”

In Villanueva’s view, influencers need to step up.

“It starts with rigorous study by bioethics commissions that involve various stakeholders, including different cultural backgrounds,” he said. “Then, like any other research, it has to pass rigorous ethics approval. But the stakes are higher because of the wide range of possible implications.

“Admittedly, the idea of ‘community consent’ is still just an abstract idea,” Villanueva said. “I heard a bioethicist say we may be moving from an era of individual ethics to communitarian ethics.”

With that in mind, he recalled one of the promises of the Hippocratic Oath: “First, do no harm.”

“Biomedical technology is only good insofar as it allows humans to have better, dignified lives without intentionally causing harm,” Villanueva said. “I’m not sure if the CRISPR editing of HIV receptors has opened Pandora’s box already, but it has opened doors to discussions on who we are as a human race.”

Woods added another potential side effect of gene editing: Descendants “might lose the ability to reproduce as a result of this uncontrolled experiment.”

Drawing from the Nuffield article, Woods said there are three levels of people affected by genome editing:

“This has opened up Pandora’s box,” Sempio said. “I fear that uninformed and misinformed communities, as well as legislation, would hinder valid and future ethical progress.”

That reminded Tan that informed consent includes not only information required but also who should give consent. This highlights regulators’ roles today and for generations to come.

“The FDA has not banned genome editing specifically,” Tan said. “However, it has said implanting genome-edited babies will require applications like those for new drugs. Those applications are not currently being accepted.”

Jim Katzaman is a manager at Largo Financial Services. A writer by trade, he graduated from Lebanon Valley College, Pennsylvania, with a Bachelor of Arts in English. He enlisted in the Air Force and served for 25 years in public affairs – better known in the civilian world as public relations. He also earned an Associate’s Degree in Applied Science in Public Affairs. Since retiring, he has been a consultant and in the federal General Service as a public affairs specialist. He also acquired life and health insurance licenses, which resulted in his present affiliation with Largo Financial Services. In addition to expertise in financial affairs, he gathers the majority of his story content from Twitter chats. This has led him to publish about a wide range of topics such as social media, marketing, sexual harassment, workplace trends, productivity and financial management. Medium has named him a top writer in social media.
« Will Apple Be the New Netflix?
The Challenge of Forex Trading for Machine Learning »