JPM Coin: A game changer or just another addition to a sea of stable coins? 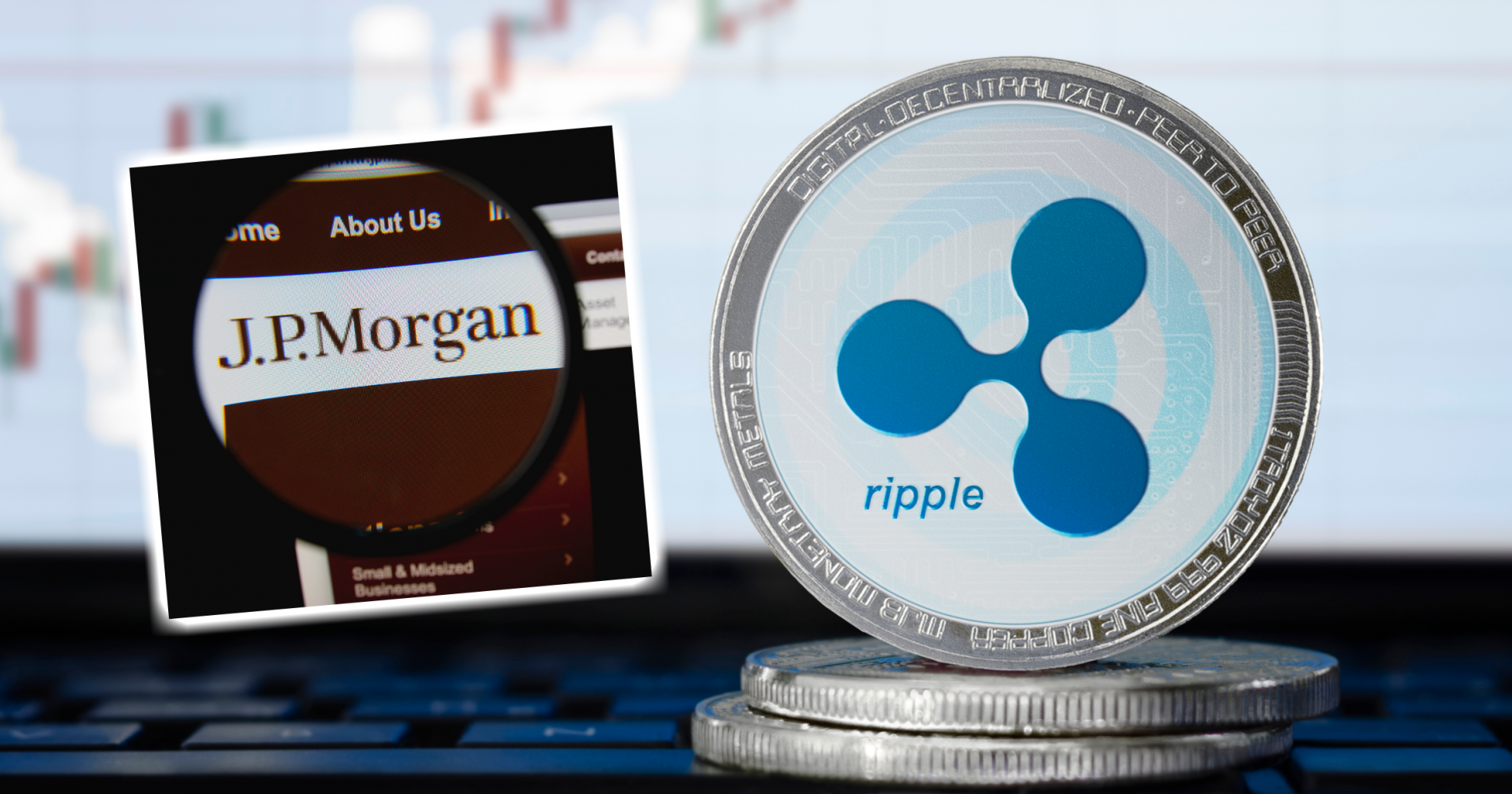 Back in September, I wrote about the Cross border settlement mechanism, when I compared three systems being used widely around the globe – SWIFT, RippleNet & BWW. The former is the age-old system still used by the traditional banks, Ripple (XRP) is the third biggest digital coin by market cap ($13.3 billion) at the time of writing – used for the cross border settlement purposes by a growing network of 200+ banks in 27 countries. While BWW is IBM-Stellar joint venture competing directly with Ripple. More on these systems later, but for now a brand new player has entered the arena with plans to occupy this space – JPM Coin – a so-called Stable coin has been launched by America’s biggest bank JPMorgan & Chase to be used as a digital settlement mechanism.

Jamie Dimon, JPMorgan’s CEO has been in the news for being a stringent Crypto critic – his popular rant about Bitcoin being a “fraud” & any employee caught trading it would be fired for being “stupid” caught a lot of media attention in 2017 & some even blame his anti-crypto rhetoric being one of the reasons for the last Crypto crash. Dimon, however, retracted his antagonism about bitcoin/cryptos in 2018 saying he regretted calling Bitcoin a fraud & that he saw big potential for blockchain technology in any future financial ecosystem. These latter statements proved to be a precursor to the launch of JPM’s private & permissioned blockchain platform called Quorum. The platform is being used by several institutions to help track & store financial transactions and related data. The same platform has now provided the launchpad for the JPM Coin. JPMorgan who claims to serve 80% of the Fortune 500 companies, and has combined assets of $46 billion with $5 trillion worth of wholesale transactions every day has no doubt made waves with this announcement. The Bank started working on JPM Coin a year ago on clients’ demands with the possible use cases to be tested with interested institutional investors in the coming weeks & months.

The bank’s native token has been developed on the in-house permissioned & private blockchain platform called Quorum. The digital ledger for the coin will be maintained by the parent company. Each JPM Coin will be pegged to the U.S Dollar thus maintaining a stable value. In the pilot phase, the utility of the coin will only be restricted to the transfer of large sums of money by the institutional investors. When a transfer is initiated the fiat currency in the account will be converted to an equal amount of JPM Coins which would enable almost instant transfer on the Quorum-based digital ledger. Once the transfer is completed the money would be transferred back to the fiat currency (USD). The primary purpose of the token at this point is to speed up the transfer of funds specially the international money transfers, which sometimes takes days to clear.

It is indeed a significant step with the top U.S bank taking the lead in introducing the digital token – adds legitimacy to the project & makes adoption easier for other banks. The USD peg of JPM Coin offers the much-needed stability of a transferring mechanism in banking operations & avoids the volatility of other Cryptos like Ripple. The JPM Coin also features better security of a private blockchain. The system would be able to speed up the transfer process for its corporate & institutional clients. The bank has also announced that it intends to increase the versatility of the coin by gaining regulatory approval for broader use cases. Here are some of the arguments in favor of the project:

“The JPM Coin is a stable coin whereas XRP is anything but stable. That’s going to be a very contentious point for banks who don’t want the currency in which they make payments to be volatile. This is a huge slap in the face for Ripple.” – Tom Shaughnessy, Principal at Delphi Digital, a Crypto research boutique

“Think about it, let’s say you were in the business of transferring money, why would you take on the exchange rate volatility risk associated with having ripple as a bridge currency, when you could have a fiat-coin backed by JP Morgan. No brainer.” – Joe Weisenthal (Editor, Bloomberg)

“Banks were obviously never going to use XRP for settlements and enrich Ripple Inc. (who owns more than half of all XRP). They would rather enrich themselves instead! Kudos to JPM for being first. They are going to wipe the floor with Ripple.” – Tushar Jain at Crypto fund Multicoin Capital

The utility of the JPM Coin is limited as it transfers value only, not information unlike some of the other decentralized Cryptos. Since the system on which it functions is private & localized for the bank only (for now), any compatibility with other systems is still questionable. Also, the stable coin is not a viable investing instrument for retail traders & speculators since the value is always pegged to the Greenback. A centralized system remains vulnerable to a bigger fallout from a security breach, not to mention the presence of the middleman. And finally, the coin is in a very early testing phase & the performance still needs to be verified. Some statements against the Project for you to digest:

“As predicted, banks are changing their tune on crypto. But this JPM project misses the point — introducing a closed network today is like launching AOL after Netscape’s IPO. 2 years later, and bank coins still aren’t the answer.” – Ripple (XRP) CEO Brad Garlinghouse

“JPM’s project is much more evolutionary than revolutionary — it is utilizing a private, permissioned blockchain technology called Quorum, which is much closer to a Google Sheet than a Bitcoin.” – Travis Kling, Founder of Crypto hedge fund Ikigai Asset Management

“They’re just taking an existing internal process and making it a little bit faster. It doesn’t have any of the long-term, disruptive potential of public blockchains.” – Gregory Klumov, CEO of blockchain company Stasis

⮎ SWIFT (Society for Worldwide Interbank Financial Telecommunications) is the most widely used system for messaging & cross-border payments by financial institutions around the world. SWIFT recently announced that they will be incorporating Proof-of-Concept (PoC) with the U.S-based blockchain consortium R3. The new GPI (Global Payments Innovation) payments intend to counter the growing influence of RippleNet. Little did they know that another competitor was on the horizon. SWIFT has taken part in several blockchain pilots as well, but so far failed to implement the DLT to its outdated system. One way or the other days of SWIFT are numbered.

⮎ Ripple uses an enterprise level software solution called xCurrent which is used for cross-border payments, which is far more efficient than SWIFT. RippleNet is basically a decentralized network of global banks & financial institutions employing the Interledger Protocol (ILP) to send and receive money. With more than 200 financial institutions on board (including major players like MUFJ Financial Group Inc. & Standard Chartered Plc), RippleNet has got a head start on JPM Coin, but if the latter gets through the regulatory hurdles & widens its utility, it could prove to be a serious challenger for the prior.

⮎ IBM forged an alliance with Stellar (XLM) in October 2017 to develop a cross-border payment system which is finally beginning to take shape based on a stable coin called Stronghold USD which is being used as an intermediary digital asset in the in BWW (Blockchain World Wire) cross-border payment system. The timeline for this system given by the team to go global is 3-5 years. According to the team, an important announcement is due on Mar. 19 when 40-50 global banks are expected to join the system for cross border payments. Several banks have already confirmed using the BWW platform to issue digital assets. BWW is also a front-runner for cross border payment systems, but needs to widen its reach to compete with the likes RippleNet & JPM Coin eventually.

On a side note, New York-based Signature Bank  with assets of $46 billion rolled out a digital coin which is being used for real-time payment transfers by its institutional clients. Of course it never got close to the media hype JPM Coin created. Chief Executive Officer Joseph DePaolo took a stab at JPM Coin saying:

“There’s no difference other than we’re up and running and we already have regulatory approval. They’re trying to do the same thing we are.”

Although none of these two coins offer the most beloved feature of decentralization which is the hallmark of the whole Blockchain/Crypto movement, the creation of these coins does point towards a gradual adoption of the digital assets by institutional investors, big banks & corporations. In the absence of a scalable & stable decentralized cryptocurrecy, however, Corporations & Big Banks are ramping up their efforts to occupy this space with the same old centralized, regulator friendly & predictable projects, before the next upgrade to the DLT movement makes them redundant. Which one would you choose?

Faisal Khan Faisal is based in Canada with a background in Finance/Economics & Computers. He has been actively trading FOREX for the past 11 years. Faisal is also an active Stocks trader with a passion for everything Crypto. His enthusiasm & interest in learning new technologies has turned him into an avid Crypto/Blockchain & Fintech enthusiast. Currently working for a Mobile platform called Tradelike as the Senior Technical Analyst. His interest for writing has stayed with him all his life ever since started the first Internet magazine of Pakistan in 1998. He blogs regularly on Financial markets, trading strategies & Cryptocurrencies. Loves to travel.
« The Recession-Proof Business Of Dogs
Blockchain: The Most Useless and Overhyped Technology in History? »