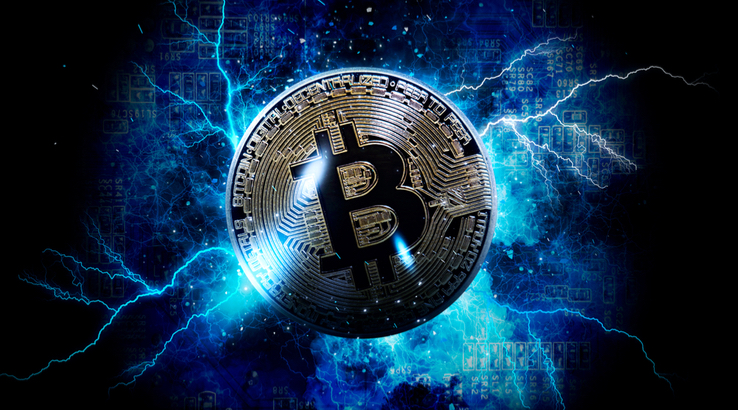 Crypto developers spent most of the previous year trying to find scalable solutions for current blockchain networks which can be applied to real world use cases. The most well-known & talked about is the Lightning network (LN) – which provides a parallel decentralized channel of instant, high volume of micropayments for the Bitcoin network. The current capacity of the scalability solution stands at 6,811 nodes with a volume of 729 BTC & 30565 channels at the time of writing. This is an impressive feat from the 50 nodes at the time of launch in January 2018. Despite being a worthwhile effort towards increasing the adoption of the bitcoin network for retail style micropayments, the adoption of the solution has got lukewarm response from the general community. It has mostly remained an activity for the technically sound individuals. But now a Crypto enthusiast with a twitter handle ‘holdonaut’ has started a movement (Lightning Network Trust Chain) or Lightning Torch to spread awareness about this bitcoin micropayment solution.

It all started on Jan. 19 when the Norway native hodlonaut sent out a tweet (below) deciding to send 100,000 satoshis to the person of their trust replying to the tweet using the tippin.me service – a lightning network wallet used to receive tips & micro-payments. For all those of you not familiar with a satoshi, it is the smallest unit of measure for a bitcoin (1 Satoshi = 0.00000001 ฿). You can find a USD to satoshi calculator here. Basically, every receiver passes the torch on to person of their choice by adding 10,000 satoshis on the LN payment nodes. Since the original announcement was made on Twitter, the social media platform has become the platform of choice for announcing who will be handed over the torch next.

“– I send 100k sats with http://tippin.me to the first person I choose to trust that replies to this.

– That person adds 10k sats and sends 110k to someone (Either from reply to a new tweet, or this thread)

How many sats before it breaks?”

This is what I like about the decentralized ecosystems – anyone person is important. Just like in this case a small-scale effort to introduce the LN to Bitcoin community in particular & the wider population in general has caught the vibe. This initiative has not only highlighted the utility & resilience of LN payment solution but how similar movements can achieve much more for collective good. The LN torch has received public backing from Twitter CEO Jack Dorsey. There have also been some high-profile participants in this torch relay with the most recent one being the passing of the torch from Blockstream CEO Adam Back to LinkedIn co-founder Reid Hoffman. Financial derivatives giant Fidelity Investments is the other big name which passed on the torch on February 22. At the time of writing, 2.3 million satoshis have been accumulated in by 223 unique participants in 233 hops. 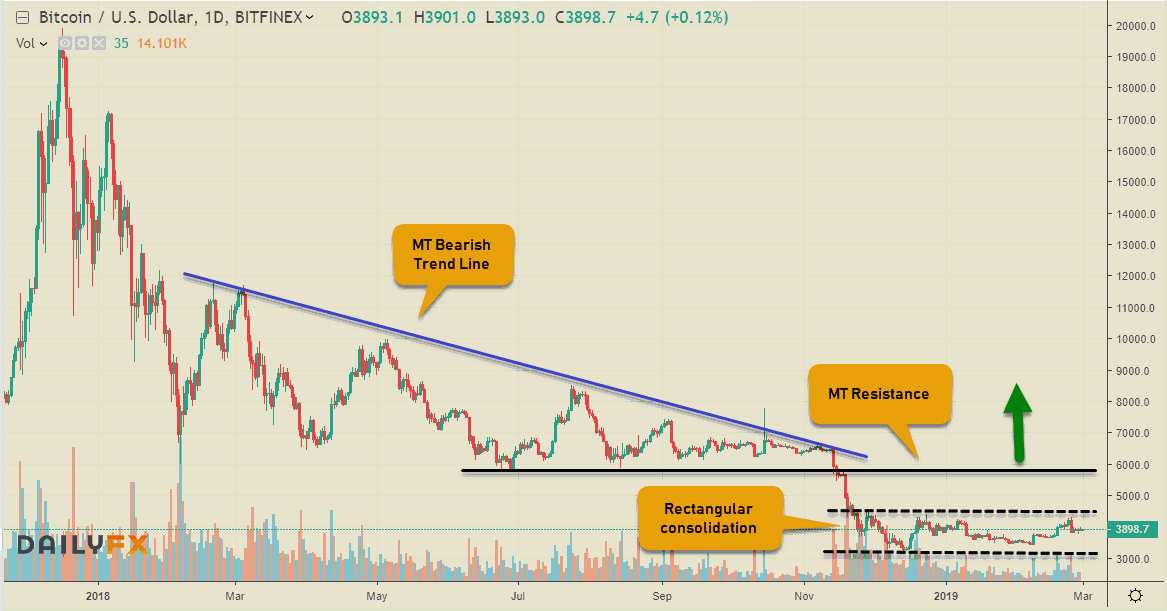 Since we are talking about all things Bitcoin, why not take a long-term look at the price action in the BTC daily chart to wrap things up here. The crypto kingpin has been locked in a sideways rectangular consolidation pattern since the beginning of the year. It has shown some resilience with the bounces off the lows hit at the end of the last year in the $3250 region, however, a meaningful recovery has remained elusive in the wake of sell-offs after every bounce. The Medium-term bias remains bearish in the wake of a strong resistance (previous support in the $5800 region). Only a break of this significant level would signal a reversal in the fortunes of Bitcoin. BTC dominance stands @ 52% with the total market cap of the coins hovering around $130 billion at the time of writing. I think the days of boring sideways price consolidation in Bitcoin/Cryptos is being complemented by their mundane adoption in the financial ecosystems. Your thoughts on it?

Faisal Khan Follow Faisal is based in Canada with a background in Finance/Economics & Computers. He has been actively trading FOREX for the past 11 years. Faisal is also an active Stocks trader with a passion for everything Crypto. His enthusiasm & interest in learning new technologies has turned him into an avid Crypto/Blockchain & Fintech enthusiast. Currently working for a Mobile platform called Tradelike as the Senior Technical Analyst. His interest for writing has stayed with him all his life ever since started the first Internet magazine of Pakistan in 1998. He blogs regularly on Financial markets, trading strategies & Cryptocurrencies. Loves to travel.
« Descriptive vs Inferential Statistics. What’s the difference?
Who heals the healer when depression strikes? »

2 Replies to “Lightning torch initiative – spreading the word about scalable…”