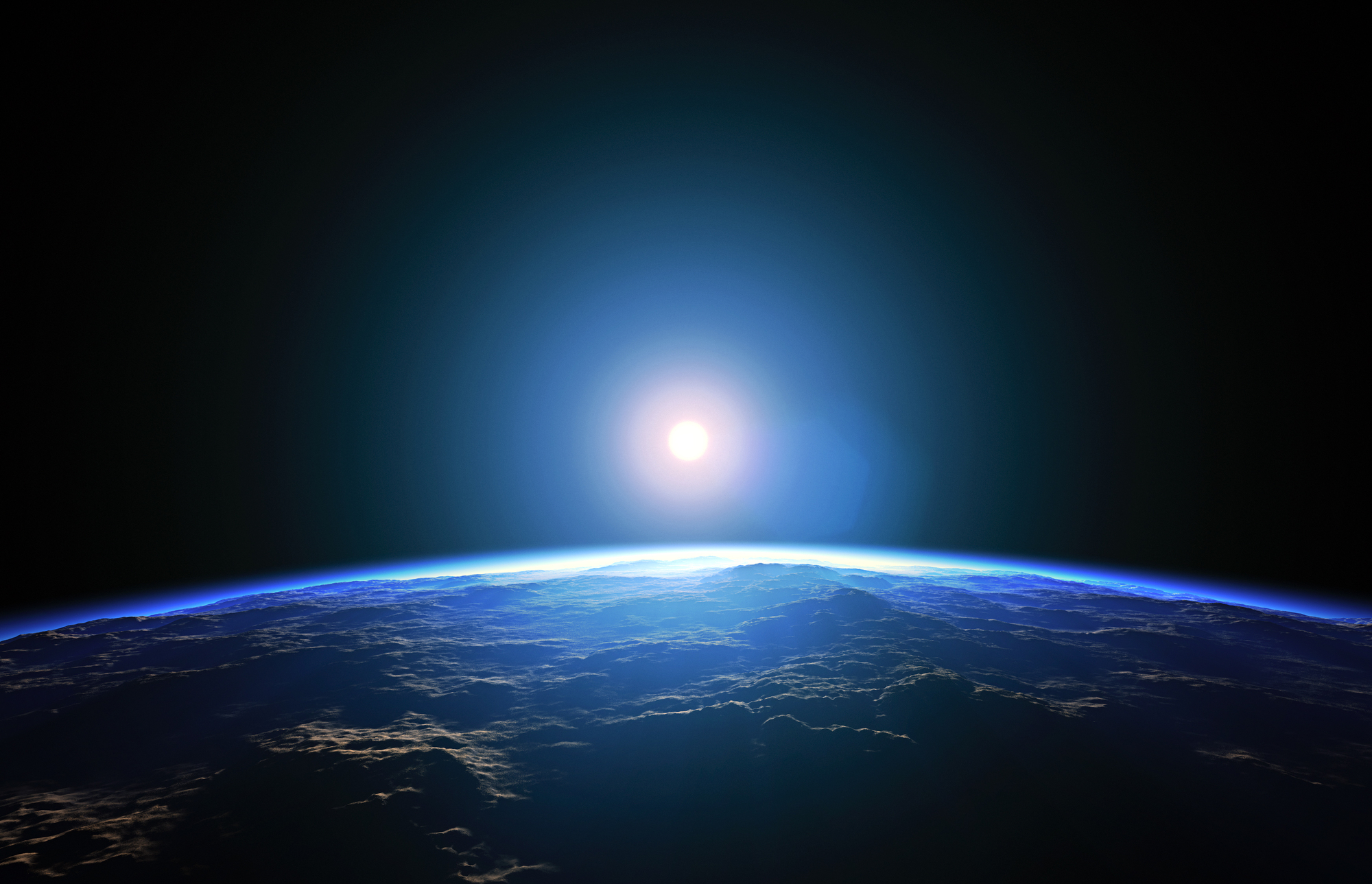 When an Ethiopian Airlines 737 Max crashed shortly after takeoff, the nation was plunged into crisis. The prime minister took to the airwaves to reassure people in distress.

Amid the turmoil, Nelisa Ngqulana was in her element. She loves journalism, and crisis management is her favorite topic. That’s when she can pull together her public relations and communication experience.

She founded PR Trends ZA a company that “helps clients understand the strategic value of PR and communication. It’s the key to their brand growth and building a stellar reputation.”

“By profession, I am a PR and media practitioner who’s found a comfortable niche between journalism and PR,” Ngqulana said.

She has hosted the South African edition of Africa Communications Week and is a regular contributor on Capricorn FM’s Breakfast Show on Fridays, social media news and is PR commentator on SABC Network and SAFM.

“Reputation matters,” she said. “It is what determines how your brand is perceived. If there’s generally positive sentiment about you, your track record will speak for itself. Building relationships with your different publics can carry you through a crisis.

“Your company’s culture, how strong your communication is and your leadership’s integrity will also put you in good stead in a crisis,” Ngqulana said.

For fresh examples, she contrasted responses to compounding tragedies in aviation.

“Look at how Boeing responded to the Ethiopian Airlines plane crash,” Ngqulana said. “Boeing has been here before. Their response hasn’t changed. Their non-committal response was predictable and didn’t help. 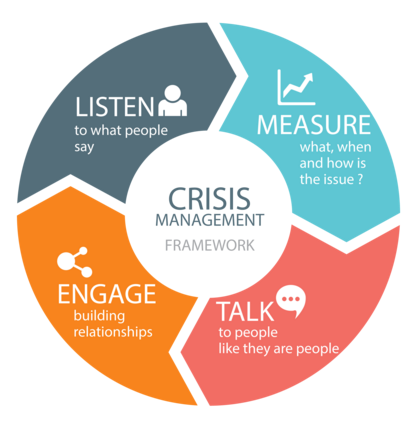 “Ethiopian Airlines took a different approach,” she said. “They owned the crash. That set the tone, and their brand has managed to weather that storm. Next time a crisis hits, we’re more likely to be on their side than not.”

In terms of trust, Boeing unwittingly gave its competitors an upper hand.

“Absolutely,” Ngqulana said. “In this case, this tragedy has also taught many travelers to understand the difference between an airline’s scope of responsibility versus the plane manufacturer. That’s a good thing for airlines.”

In a sense, when a brand has an excellent reputation, even in a crisis, it will have fans as support in front of the haters.

“We see this a lot with celebrities,” Ngqulana said. “You know that the Beyhive will come for you if you dare speak ill of their favorite. When have you ever heard Beyonce actually respond to negative banter about herself?”

No matter how bad the problem, two-way communication is essential.

“Conversation is necessary during a crisis,” Ngqulana said. “Consider the public interest above profits. So, engage in genuine dialogue with your publics.

“Of course, you can’t engage every single post on social media during a crisis,” she said. “However, understand who you need to be listening and responding to. Deal with a crisis aggressively. Answer questions and keep it moving. Avoiding questions or insisting on being right won’t help. Listen. Respond.”

According to Ngqulana, ca onversation should be based on these criteria:

“You must lead the way during a crisis,” Ngqulana said. “Own it, and people will follow your lead. Don’t shy away from it. Otherwise, your brand’s reputation will take a knock.”

She was not keen on the possibility of using marketers or influencers to advocate for a brand to fix its image.

“You can try that approach, but it would mean having to manage a group of other people putting out your messages,” Ngqulana said. “I still say, lead and own your story. Once the crisis has died down, you can use your digital marketers and influencers to help you rebuild post-crisis.”

As a crisis roils, the public looks for a face of assurance.

“The best spokesperson is determined by the severity of the crisis a company is facing,” Ngqulana said. “Depending on the type of the crisis, the most senior person – such as the CEO — might be needed right at the beginning. What is most important is that the organization’s messages need to be consistent.”

She returned to the airline example.

“Let’s look at the Ethiopian Airlines crash again,” Ngqulana said. “Prime Minister Abiy Ahmed was the sole source of information. It showed you how big the crisis was and how seriously the airline was dealing with it. Its response warranted the highest office.

“The usual order in a crisis is first, response,” she said. “Acknowledgement of the crisis can be done by the PR expert. Then the subject matter expert provides clarity and the technical details. Then you can bring out the CEO to provide empathy and reassurance.”

Ngqulana suggested watching a video to see if the CEO is the best spokesperson during a crisis.

“Last year, South African insurance brand, Momentum, faced a huge public outcry over a life insurance claim it declined,” Ngqulana said. “While they had a clear legal case, their CEO’s lack of empathy during media interviews did more harm than good. They ended up paying out.”

She pointed to how Mark Zuckerberg asserted himself when Facebook faced the Cambridge Analytica scandal:

“I started Facebook, I run it, and I’m responsible for what happens here,” he said.

A Forbes article offers another crisis-management example: “Lessons In Crisis Management From Facebook And Starbucks.”

“Let’s learn from Ethiopian Airlines and how well they handled their tragic plane crash,” Ngqulana said. “Their crisis management worked so well. The brand has remained strong. Travelers and partners are still with them.”

She sees the need to teach the people who need to be accountable forhow to step up.

“Part of that teaching includes media training,” Ngqulana said. “When people are comfortable in front of cameras, they can focus on messaging. During a crisis, this can be critical because emotions are already high.” 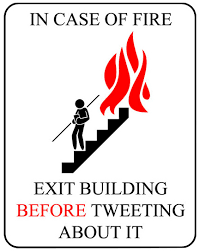 The best crisis response starts with a plan.

“There’s no one single right way to respond to a crisis,” Ngqulana said. “Crises vary, and the circumstances under which they happen are different.

“However, the best thing to do when a crisis hits is to acknowledge there’s a crisis,” she said. “Listen and assure people you’re looking into and working on it. Humility and honesty will save you. Remember Mark Zuckerberg in front of the U.S. Congress last year?”

Ngqulana also cited a Forbes article on how not commit the seven deadly sins of crisis management.

“It’s important to work on a crisis-response plan well before an actual crisis hits,” she said, listing these steps:

Ngqulana allowed that including the Ethiopian prime minister in the airline crash response was part of a crisis-management plan.

“Yes, that’s most likely part of their plan,” she said. “That kind of tragedy needed the highest office. Remember, the airline is owned by the Government of Ethiopia. Ultimately, the prime minister had to take the lead. It helped that he was empathetic and genuine.

“The truth shall set you free,” Ngqulana said. “Lies by omission or deliberately misleading people will come back to bite you. You’d be creating more work for yourself. Rather, be honest. If you don’t know, say you don’t know. Nothing wrong with saying, ‘I’ll come back with answers.’”

Business owners rely on metrics, and that extends to measuring how well their teams handle crises. Ngqulana said these factors will help gauge efficiency:

In a key measure, the Ethiopian Airlines brand remains strong after crash.

“Let’s give credit where credit is due,” Ngqulana said. “Hopefully, other governments will learn from their leadership.

“Please engage. Absolutely,” she said. “Nothing beats humility and taking ownership. The easiest way was to acknowledge that there’s an issue, that they will look into it and send condolences to the families — especially since this is not the first crash due to a similar fault.”

Using the prime minister’s example, Ngqulana said an organization’s board chairman could be a spokesperson in times of crisis.

“It is OK,” she said. “The company must be comfortable that the chairman can communicate their messages well.”

Jim Katzaman Follow Jim Katzaman is a manager at Largo Financial Services. A writer by trade, he graduated from Lebanon Valley College, Pennsylvania, with a Bachelor of Arts in English. He enlisted in the Air Force and served for 25 years in public affairs – better known in the civilian world as public relations. He also earned an Associate’s Degree in Applied Science in Public Affairs. Since retiring, he has been a consultant and in the federal General Service as a public affairs specialist. He also acquired life and health insurance licenses, which resulted in his present affiliation with Largo Financial Services. In addition to expertise in financial affairs, he gathers the majority of his story content from Twitter chats. This has led him to publish about a wide range of topics such as social media, marketing, sexual harassment, workplace trends, productivity and financial management. Medium has named him a top writer in social media.
« Agile Management: The Good, The Bad, and the Downright Ugly
IEOs gather momentum with 3 token sell-outs on Binance Launchpad »

Charlie Munger’s 3 Mind Hacks That Will Keep Your…

A Journey to Self-Sufficiency