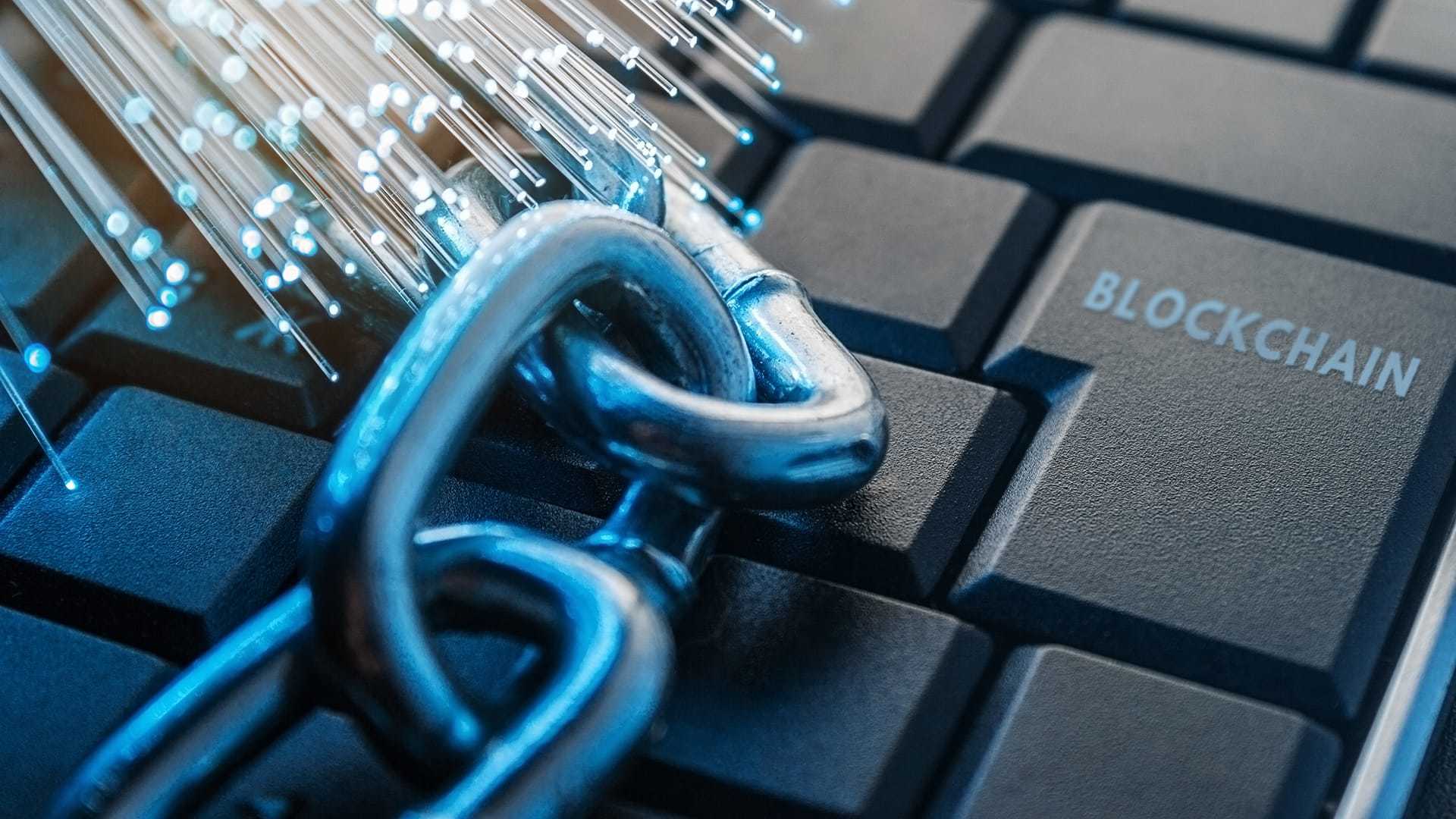 It has been a good two weeks for the Crypto markets with all the digital coins gaining ground but the encouraging thing was the sustainability of those gains unlike some of the previous rebounds this year. Not to say that the digital assets are completely out of the woods yet, but the recent gains are certainly pointing towards the light at the end of the tunnel. It has been a protracted bear run for the crypts. Before moving on to some of the major headliners which show that Crypto/Blockchain movement is slowly heading towards mainstream adoption, let’s take a look at the price action of the Crypto kingpin Bitcoin. BTC has moved on to create three new highs after breaking out earlier on April 2nd. Current high in the $5500 region is acting as the resistance with correction in progress right now.

Overall Short term picture is still bullish as long as the price stays above the support around $4800. A break below this level would, however, signal exhaustion in the current bull run & point towards a bigger correction towards $4300. In the Medium term, $5850 still needs to be surpassed convincingly to break the shackles of the MT bear-run to the next target of $6800. Let’s keep our fingers crossed. At the time publishing the total market cap for Cryptos stood @ 173 billion with a BTC market dominance of 52.1%.

This dApp platform has grown by leaps & bounds ever since its launch in 2017 and seems well on its way to create a truly decentralized Internet. Ethereum has some serious competition in the shape of Tron with its much higher scalability network (2000 TPS). And while the more proclaimed and well-known Ethereum has barely been able to undergo the much-anticipated Constantinople & St. Petersburg upgrade after multiple delays, the open source protocol Tron has been on the move. After the successful IEO of BTT token in January & Tron Odyssey 3.5 hard fork in February, March saw another important announcement with the launch of TRC-20 based version of the most popular stable coin Tether (USDT), which will create an ease of transactions with the decentralized apps that are cheaper & offer better liquidity. Later in March, 11th top crypto (TRX) by market cap, acquired blockchain app store CoinPlay in an effort to aggregate a wide range of blockchain apps & DApps on a single platform.

And more recently in April came the most important announcement from Tron when CEO Justin Sun announced the timeline for the expansion plan of its second layer scalability solution, the Sun Network. The sidechain scalability solution would offer increased capacity, low energy consumption with enhanced security. On the same occasion Sun expressed his desire towards a possible collaboration with the main rival Ethereum within this year – a great gesture that could generally benefit Crypto industry towards finding better solutions. Considering the underlying animosity that has existed between the two communities with Jabs being taken each other, following words of Sun reflect a positive change.

“I think in the future we will even collaborate with lots of Ethereum developers and also the enterprises built on Ethereum before to make the industry better.” 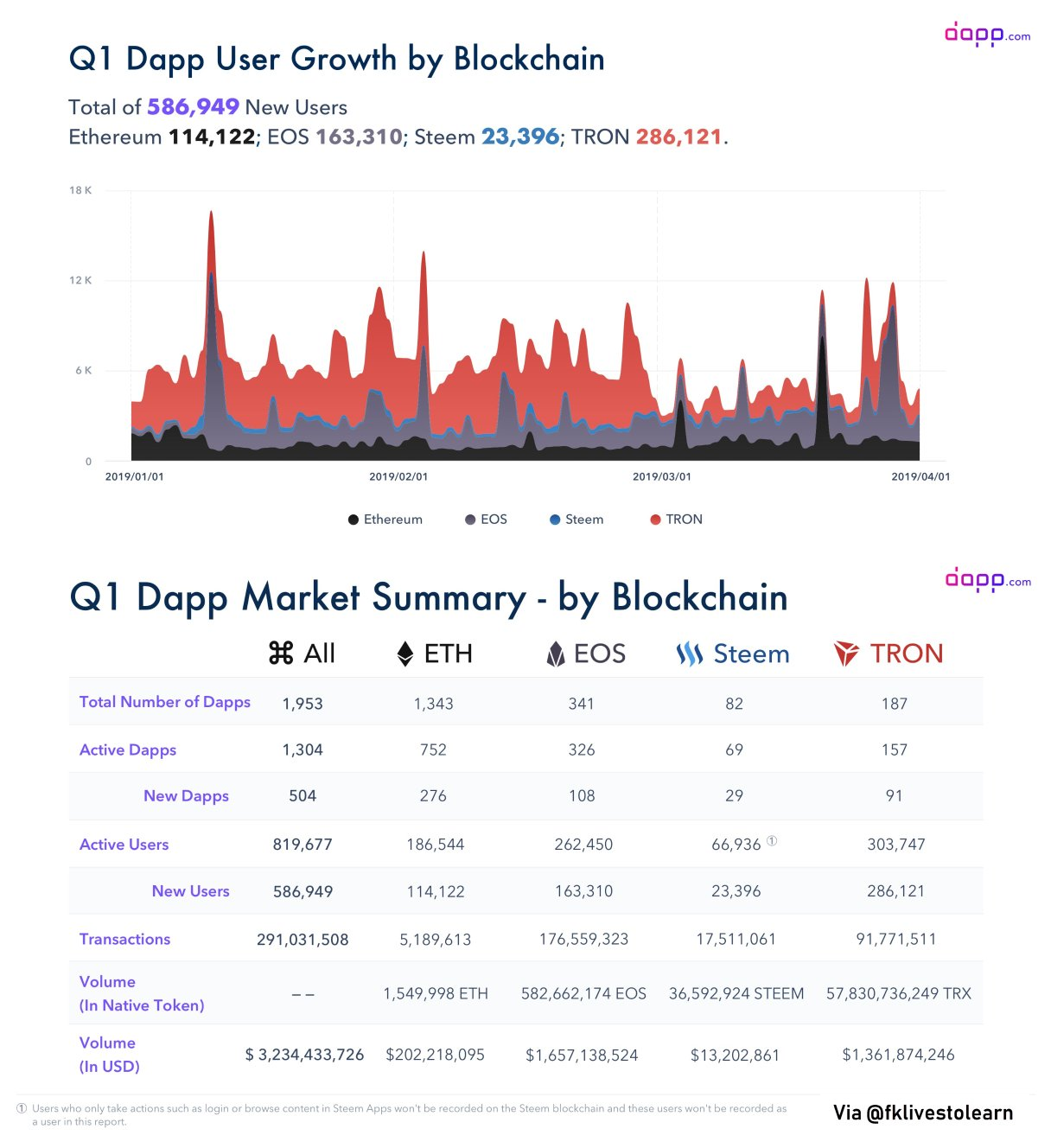 Dapp.com Q1 2019 Dapp Market Report confirms that Tron has seen the biggest user growth among dApp platforms, but the developers’ platform of choice is still Ethereum (figure above). Nevertheless, healthy competition between good projects means better & more efficient blockchain solutions for the ecosystem. The sidechain smart contracts will start to roll out on May 30th, while the Sun Network Main net with full functionalities is expected to be launched on Aug. 10.

Cross border remittance has been a hot area of interest for the major Crypto/blockchain players recently with RippleNet, IBM’s BWW & more recently JPM Coin jumping in the foray. There have also been strong rumors since last May about the social media giant Facebook moving towards creating a native digital currency for its more than 200 million WhatsApp users in India. And now we have another major player in the shape of Western Union forging a partnership with Philippines-based e-wallet provider Coins.ph. The integration of the former with the latter would allow the Filipinos to receive & hold the international money transfers sent via WU’s digital network as reported in a Press release recently. Western Union is the oldest cross border remittance payment service in the World with digital network existence in more than 60 countries & retail network in more than 200 countries. This heats up the battle for Crypto remittance even further with the strides that Ripple & Stellar have made recently with their cross border payment network partnerships. And in case you are wondering why Facebook is targeting India & Western Union going for the Philippines – it’s because they are the two of the biggest cross border remittance markets (from U.S.) by size as shown in the infographic below. 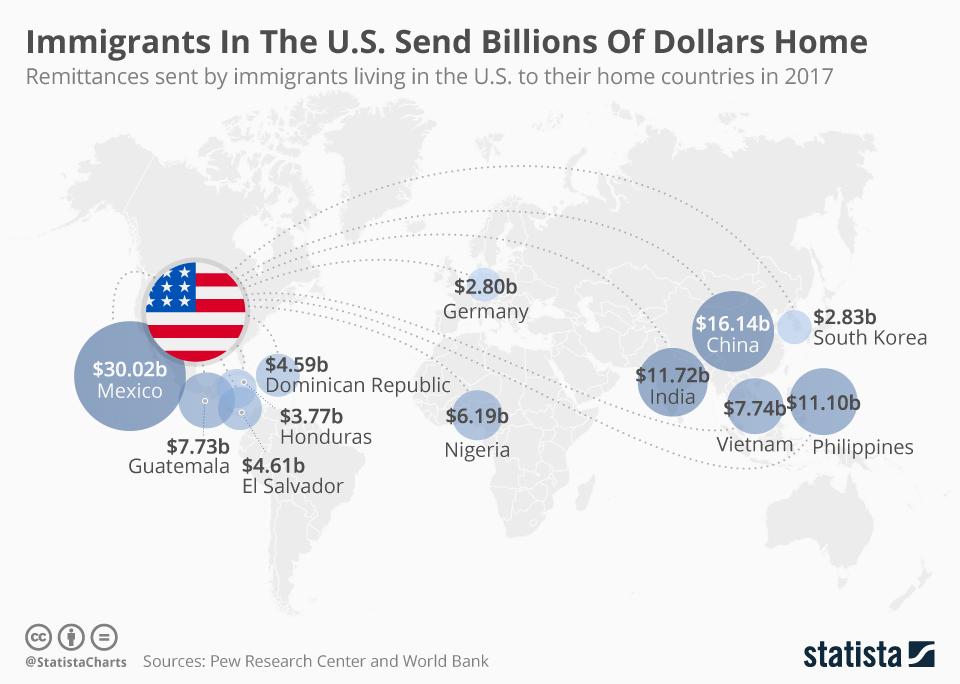 You know the technology is getting noticed and having a significant impact on the current ecosystem when industry bigwigs, major players, startups & regulators come together to define a smooth process to integrate an upcoming technology – which is DLT in this case – into the mainstream. The creation of International Association of Trusted Blockchain Applications (INATBA) is a follow-through of the European Blockchain Partnership that was established in April 2018 with 21 EU members signing the agreement – whose main purpose is to establish a European Blockchain Services Infrastructure (EBSI) to provide digital public services based on high standards of security & privacy.

Coming back to the INATBA, it hopes to create a common global platform for all stake-holders (defined earlier) to interact with each other to integrate the DLT into the current ecosystem. IBM, Accenture , Deutsche Telekom, Iota, Ripple, ConsenSys and the Sovrin Foundation were among the notable signatories to the charter of INATBA among more than 100 other members – another 48 organizations also applied for membership on the day of the launch. To put things in perspective, European Commissioner for Digital Economy and Society Mariya Gabriel clarified the importance of blockchain:

“In today’s economy, there is less and less time to build trust in the way it happened in the past. To fight cancer, to balance renewable energy, to trace the authenticity of goods, actors must be able to trust one another without meeting face-to-face. And how can we achieve this? Of course, with the help of blockchain.”

On the side note, Major web browser Opera is releasing a new version which comes with a built-in cryptocurrency wallet – goes to show how Cryptos are making inroads into the daily lives. The new browser dubbed Opera 60 is focused on interacting with the new blockchain based internet known as Web 3.0. The newer version encompasses a VPN (Virtual Private Network) for enhanced privacy & security along with a native cryptocurrency and a Web 3 explorer. This brings competition to the open source blockchain-powered Brave browser, with its own Basic Attention (BAT) token ecosystem. Brave features include blocking of ads, getting rewarded with BAT tokens and unlimited premium news content from its partner Cheddar.

Glad to see Blockchain movement making inroads in the global ecosystems with these initiatives, which sometimes go unnoticed with a lot of background noise. There are still who tend to disagree with this point of view – I would love to have a conversation with their take on it. For me, it stays the same – it’s not a matter of if but when. Cheers!

Faisal Khan Faisal is based in Canada with a background in Finance/Economics & Computers. He has been actively trading FOREX for the past 11 years. Faisal is also an active Stocks trader with a passion for everything Crypto. His enthusiasm & interest in learning new technologies has turned him into an avid Crypto/Blockchain & Fintech enthusiast. Currently working for a Mobile platform called Tradelike as the Senior Technical Analyst. His interest for writing has stayed with him all his life ever since started the first Internet magazine of Pakistan in 1998. He blogs regularly on Financial markets, trading strategies & Cryptocurrencies. Loves to travel.
« What People Don’t Get about Privacy?
A Brief introduction to Forex trading & technical setups »