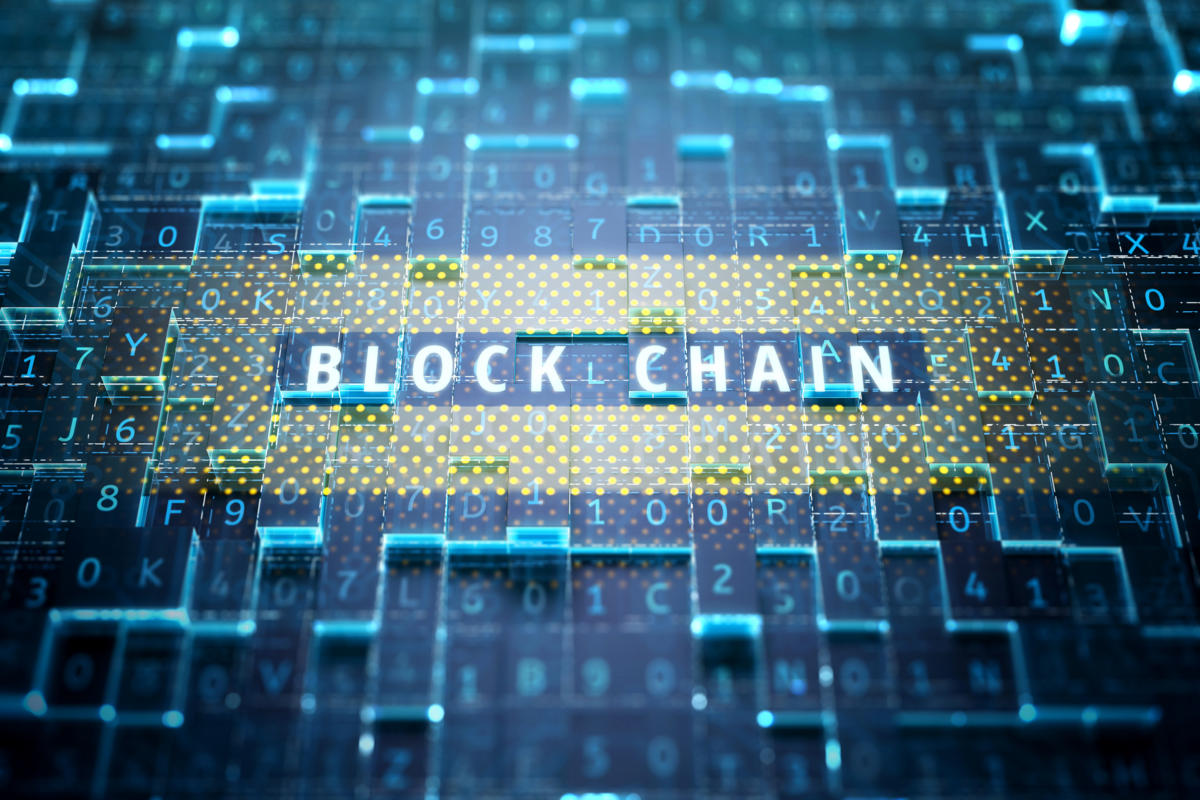 The past week saw the Cryptos reaching new highs as the recovery from the lows of Dec. 2018 continued. Leading the pack was the kingpin Bitcoin itself which has soared by a whopping 150% so far this year. In their short history, Cryptocurrencies have always followed some weird price movements with periods of lull followed by heightened volatility. This recent price action is a classic example of that – after sideways trading of about 6 months, Bitcoin came alive in April followed by a similar move in the Alt. coins as well. I wrote earlier about some of the factors contributing to the recent bull run, but here is a nice infographic summarizing the action so far this year. The infographic talks about mainstream adoption and the improvements in the emerging DLT as one of the possible factors behind this move, so I decided to look at some of the recent major developments. 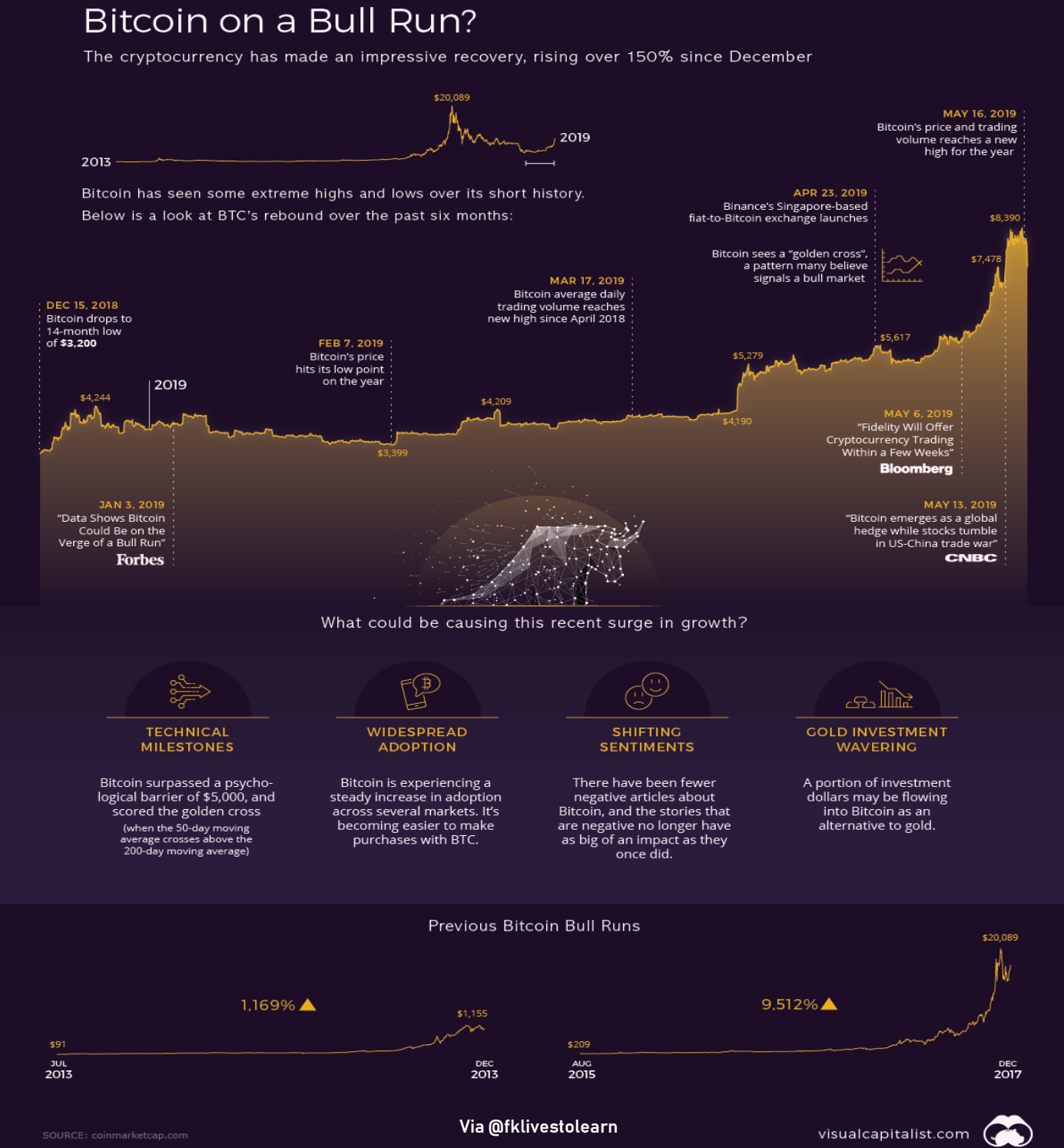 Hyperledger Fabric – one of the most popular enterprise-level blockchain platforms has released a set of tools to primarily increase the interoperability between different blockchains & other Distributed Ledger technologies and also support peer-to-peer messaging. The 13th project for IBM’s enterprise blockchain platform is dubbed as Hyperledger Aries. As the project notes go on to explain, it is an infrastructure that supports blockchain-rooted, peer-to-peer interactions. Interoperability has become a much-desired feature for current blockchains which run on all sorts of different protocols & algorithms which have a problem in communicating with each other. Moving on the other most talked about current drawback of the blockchains is the scalability issue – University of Waterloo (Canada) researchers have recently announced the details of the scalability upgrade that they have been able to implement on Hyperledger Fabric, where the current processing of 2000–3000 TPS of the platform can be bumped up to you 20,000 TPS. The researchers have also proposed further optimizations in the future, which can accelerate Hyperledger Fabric to 50,000 transactions per second.

Rootstock (RSK) is a smart contract solution for Bitcoin. RSK is an open source protocol which was initially proposed in 2014. It is basically a two-way peg sidechain solution to main Bitcoin blockchain network. I wrote about the Rootstock protocol last November on how it can improve on important features like security, scalability & portability of the Bitcoin network. RIF Labs, the owner of the RSK solution has recently launched a third layer scalability solution upping the processing speed to 5,000 TPS. This is a significant achievement considering the first version of the scalability solution could only achieve 100 TPS. According to the press release, the project called Lumino is now live. The Rootstock side chain has seen several developments ever since its main net launch of Bamboo in January 2018. In related news, Ethereum co-founder Joseph Lubin recently announced that Ethereum would be 1,000 times more scalable within the next 18-24 months.

The Enterprise Ethereum Alliance (EEA) – a consortium of over 500 members is a member-driven standards organization with a mandate to develop blockchain specifications to drive to improve interoperability. The high-profile consortium consists of Major global banks, consulting & auditing firms, international think tanks and R&D firms. EEA recently released New Blockchain Interoperability Standards – allowing greater flexibility in developing Ethereum based clients according to business specifications. Also, EEA has adopted the “Clique Proof of Authority algorithm,” which would allow to set up interoperable blockchain networks. According to the development team, they are also working on Byzantine Fault Tolerant algorithms as they intend to adopt at least one more consensus algorithm before the upcoming version 4 of the specifications in Oct. 2019.

The World’s first tokenized securities exchange Currency.com has recently announced the launch of tokenized Belarussian government bonds (World’s first as well) in association with its technology partner Capital.com. The reaction by the Markets remains to be seen but this a significant step towards the digital tokens amalgamating with the traditional financial world. Global Private and Institutional investors will be able to use their fiat money, Bitcoin (BTC) or Ethereum (ETH) to trade & invest in 1,000 different tokenized securities or Belarussian government bonds (denominated in USD and priced at $1,000 with a 4.2% per annum yield) – but their availability will exclude the USA and countries on the FATF list. The fintech startup Capital.com is an AI-enabled trading platform regulated by FCA and CySEC. The concept of fractional investing is now a reality for smaller investors.

A three-way partnership between World Bank, Commonwealth Bank and market maker TD Securities has enabled the secondary trading market of the blockchain bond-i (blockchain operated new debt instrument). The World’s first blockchain bond to be created, allocated, transferred using distributed ledger technology was first released in August last year and uses the Ethereum blockchain. This announcement is on the back of recent news that a major French credit institution Societe Generale launched a €100 million euro ($112 million) bond on Ethereum.

While the U.S SEC (Securities Exchange Commission) continues to employ delaying tactics in making a decision over the Bitcoin ETF, Futures exchange Bakkt finally announced the soft launch of its physically settled bitcoin futures contracts in July 2019. The much-awaited trading product is expected to get approval from CFTC (US Commodity Futures Trading Commission) soon. Earlier, the platform had acquired a cryptocurrency custodial service with plans to register Bakkt as a licensed trust in the state of New York.

And as we look towards the future, the Crypto adoption & blockchain integration in the current ecosystems continues to gather pace.

Faisal Khan Faisal is based in Canada with a background in Finance/Economics & Computers. He has been actively trading FOREX for the past 11 years. Faisal is also an active Stocks trader with a passion for everything Crypto. His enthusiasm & interest in learning new technologies has turned him into an avid Crypto/Blockchain & Fintech enthusiast. Currently working for a Mobile platform called Tradelike as the Senior Technical Analyst. His interest for writing has stayed with him all his life ever since started the first Internet magazine of Pakistan in 1998. He blogs regularly on Financial markets, trading strategies & Cryptocurrencies. Loves to travel.
« LinkedIn Done Right is Almost Magic
The Employment-Based Economy WILL Soon Fail: What Can We do to Avoid Disaster? »