Echoes of the Trade War taking a new dimension kept the investors on the edge as last week saw Global Equities posting losses. The only exception was the Indian stocks jumping 4% for the week on the back of the re-election of the incumbent government, which promised continued economic reforms to keep the fastest growing economy in the World on track. The story was a little different with the two biggest economies as both China & U.S stuck to their guns regarding trade war negotiations. While China is blaming that the U.S backtracked on its commitments regarding the trade agreement, the latter continued to pinch the former with more curbs on its tech companies. The banning of Huawei by the U.S apparently didn’t do much to pressure the Chinese to cave into U.S demands and when the current round of talks hit an impasse, U.S announced it is considering adding strict restrictions on five Chinese companies involved in the manufacture of surveillance equipment. Shares of companies like Hangzhou Hikvision Digital Technology Co. and Zhejiang Dahua Technology Co. plunged as the news hit the wires.

Both countries are playing with fire to say the least by prolonging this trade conflict. Resonance of ‘Tech Cold War’ is being heard far & wide. Not only is this new dimension going to create a greater economic divide, it is also most certainly going to hurt the Global Economy. With a strong risk aversion sentiment prevalent in the markets, investors as usual prefer to move their funds to safe-haven assets. With the introduction of digital assets in the form of decentralized Cryptocurrencies, investors have another choice besides Gold (precious metal) & U.S Dollar (international reserve). Both Gold & U.S Dollar stayed strong on the risk-averse sentiment, Cryptos have held on to their gains as well. While there isn’t a strong co-relation to prove between falling markets & rising Crypto prices, but it is certainly the most widely accepted mantra. Anyways, let’s look at the charts of the Top 5 Cryptos to see the price action, technical levels & the anticipated moves from here. 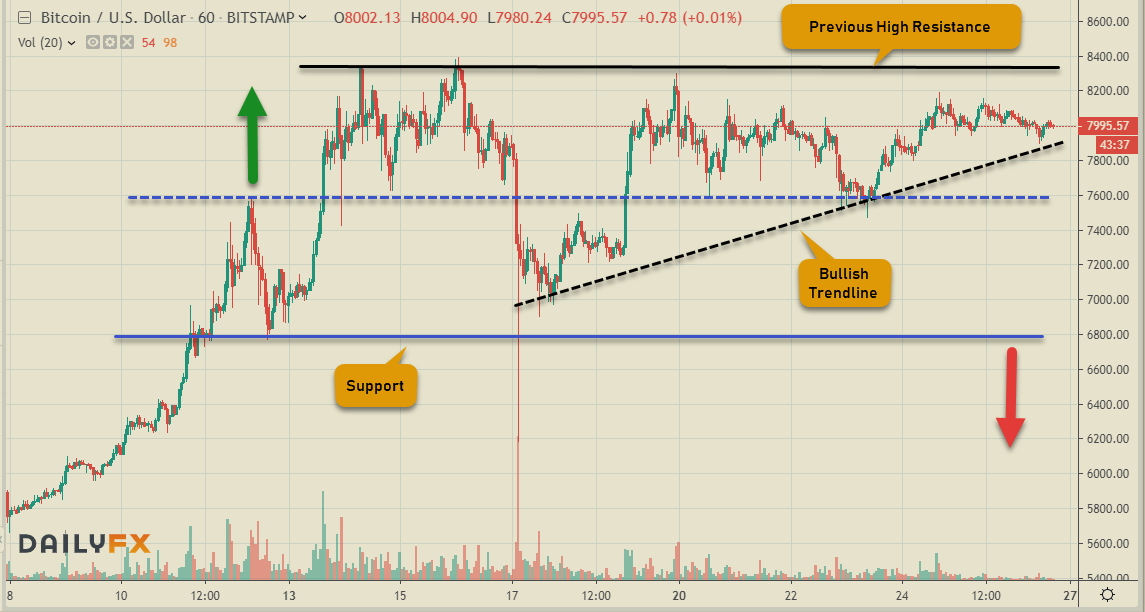 The Crypto kingpin has led the charge with the recent bull run. With higher lows respecting the Bullish trendline in the hourly chart the gains look set to continue as long as the support @ $6800 holds. For now BTC is positioning for taking another stab at the previous  high with the immediate short-term support @ $7600. Bitcoin is moving ever closer to the psychological mark of $10K, which could be a signal to an extended bull run. 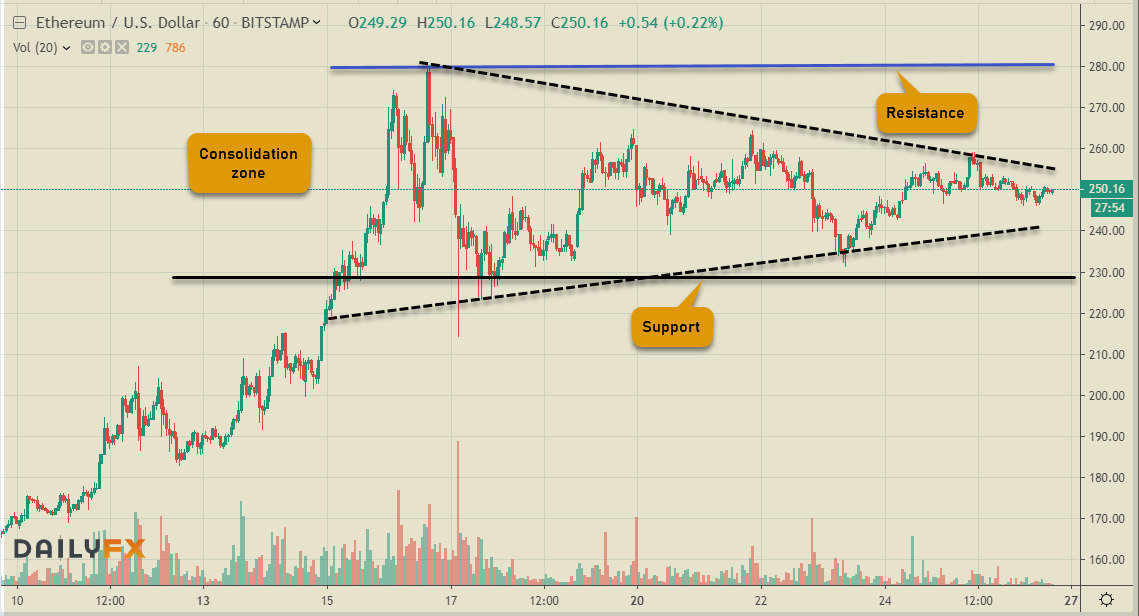 The leader of the Alt. coins, Ethereum has moved into a tight squeeze with lower highs & higher lows – a sign of an imminent breakout in either direction. Although with the general health of the Crypto market, it is favored to be on the upside. Sideways consolidation from the recent highs is about to come to an end soon. Any downside should be well supported around the $230 mark. 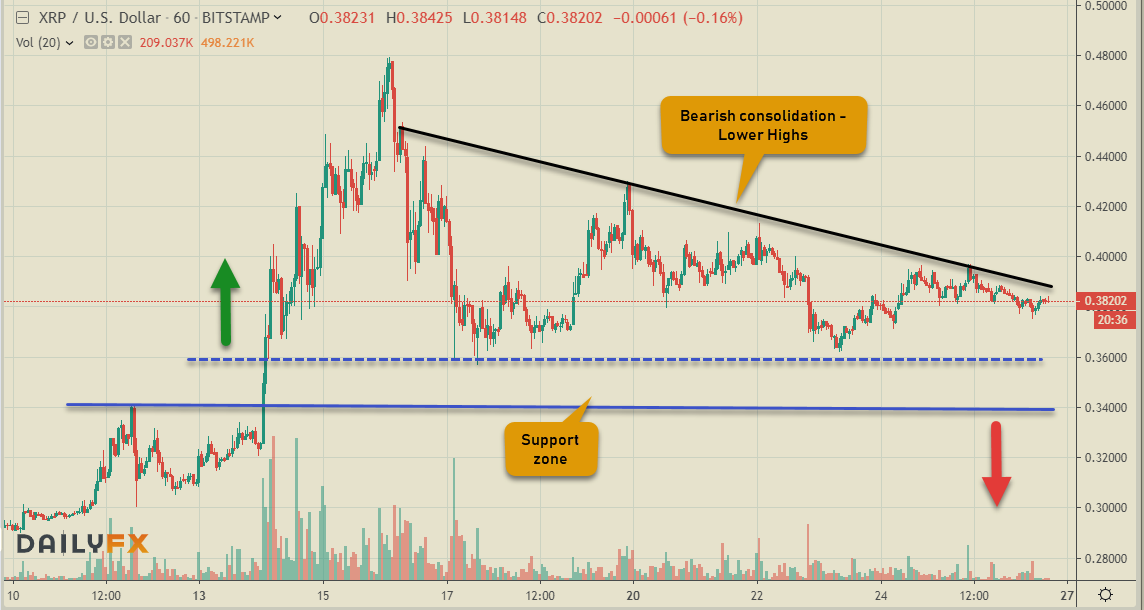 Ripple is perhaps the most anemic coin in the Top crypto coins. The bearish trend line is capping any gains for now with lower highs in place. But there is a strong support zone between $0.34-0.36 which should contain any further drop in price. Needs to clear $ 0.40 to look constructive again on the upside. 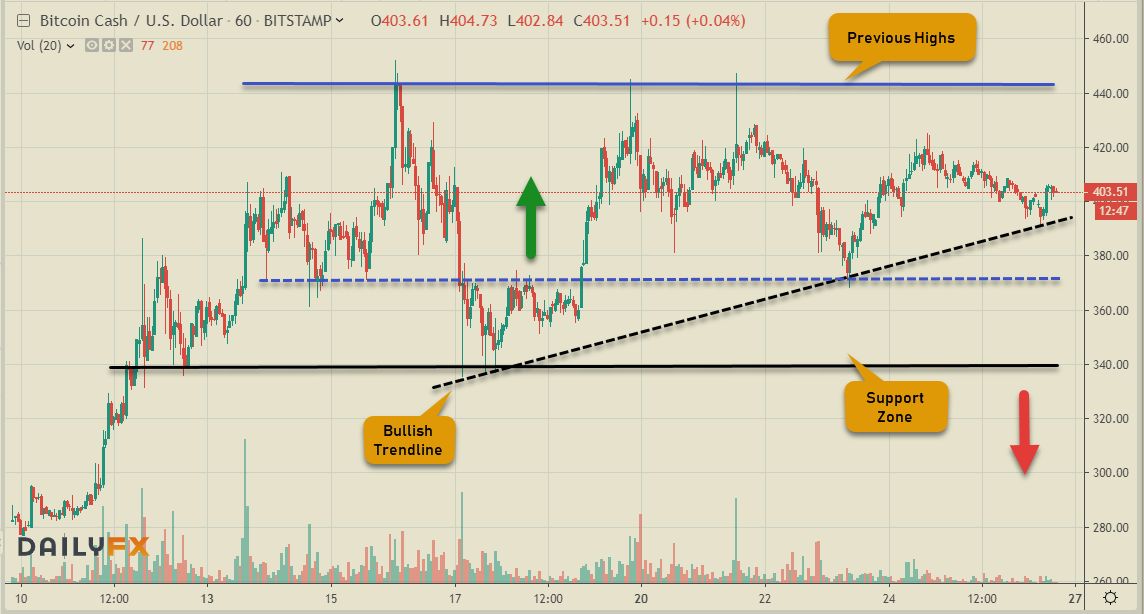 Bitcoin Cash is another strong performer on the heels of its predecessor. The bullish trend line is pointing towards the continuation of the bullish move. BCH has already made a few attempts at the previous high around $ 442. It needs to break the $650 barrier to make sure that the Medium-term bias has flipped to the bullish side. For now, it looks constructive in the short-term.

And finally EOS is consolidating in the $5.80-$6.60 zone, where the former is acting as the support & the latter as resistance in the short-term. Higher lows signifying more topside as long as the support holds.

If you are interested in receiving Forex mobile alerts daily from me, please visit Tradealike for more information or download the app & follow me. Wrapping it up here with something on the lighter side. Are Equity Bulls about to get flushed out? 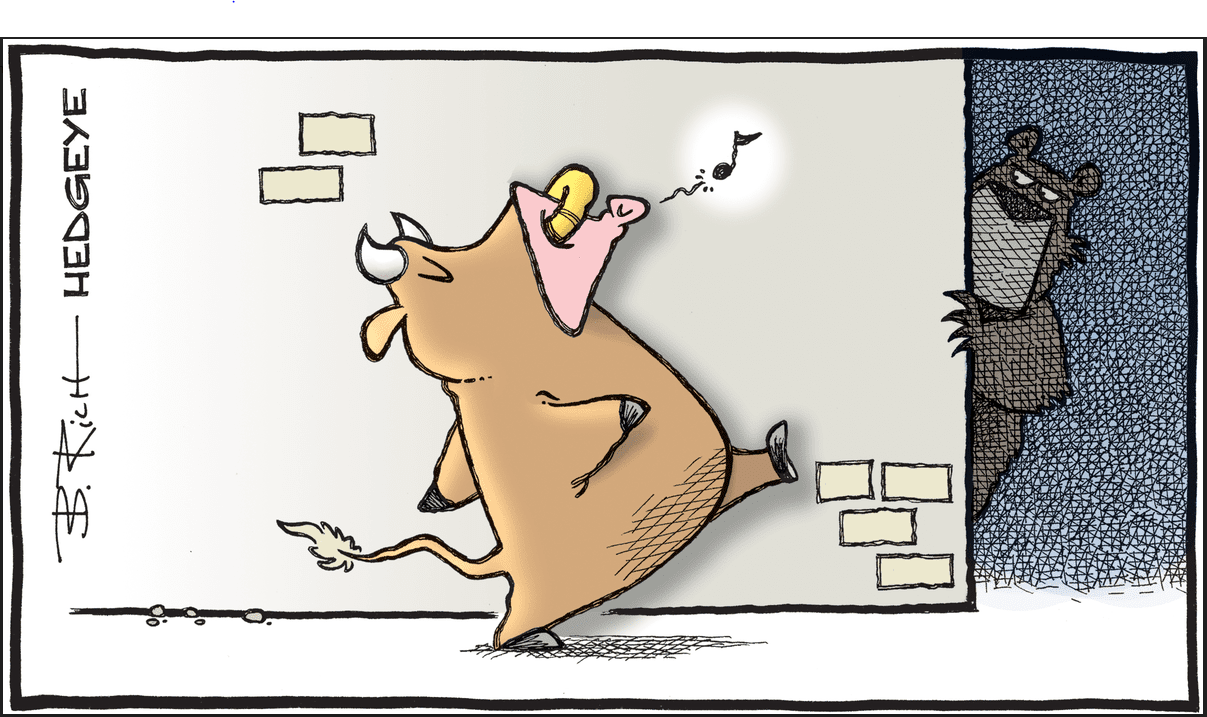 Faisal Khan Faisal is based in Canada with a background in Finance/Economics & Computers. He has been actively trading FOREX for the past 11 years. Faisal is also an active Stocks trader with a passion for everything Crypto. His enthusiasm & interest in learning new technologies has turned him into an avid Crypto/Blockchain & Fintech enthusiast. Currently working for a Mobile platform called Tradelike as the Senior Technical Analyst. His interest for writing has stayed with him all his life ever since started the first Internet magazine of Pakistan in 1998. He blogs regularly on Financial markets, trading strategies & Cryptocurrencies. Loves to travel.
« Workplace Must Support Mental Health
Security Token Offerings (STO)s: Re-centralizing The Blockchain Dream In Singapore? »