The Impact of 2008 Financial crisis on 20 biggest Bankruptcies in U.S History 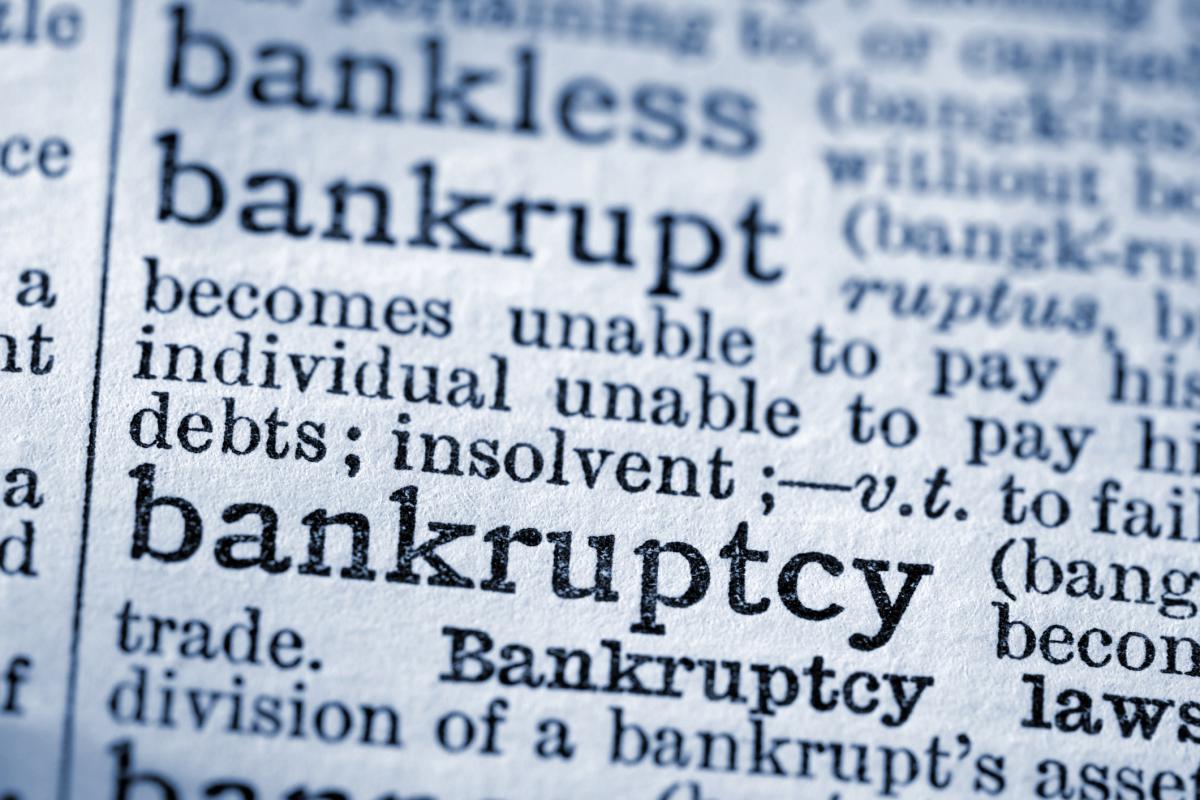 Conducting business comes with its own set of risks, plans sometimes pan out while failing miserably on other occasions. This doesn’t mean just because there is a certain risk involved you don’t try. Risk is directly related to the rewards so bigger the risk, higher the rewards. Same holds true on the other side. Sometimes the risks are so big that they cause the demise of the underlying business, as we see in 20 of the biggest Bankruptcies in the U.S history (infographic below). Ironically though, it is not always the Risk-taking that can undo a business – unanticipated instances dubbed as the “Black Swan” events can trigger a massive crisis that can spell impending doom for certain businesses.

One such event, which caused a major financial catastrophe in recent times was the Financial crisis of 2008. The mortgage sector collapse in the U.S sent shock waves through the entire global financial system, causing many companies to collapse in the U.S. The impact this crisis is pretty easy to spot on the list below with two of the biggest collapses on top in the shape of Lehman Brothers & Washington Mutual – undone by (loan defaults, illiquidity, and declining asset values). The resulting economic slump also caused other companies like American Auto giants GM & Chrysler to go under. 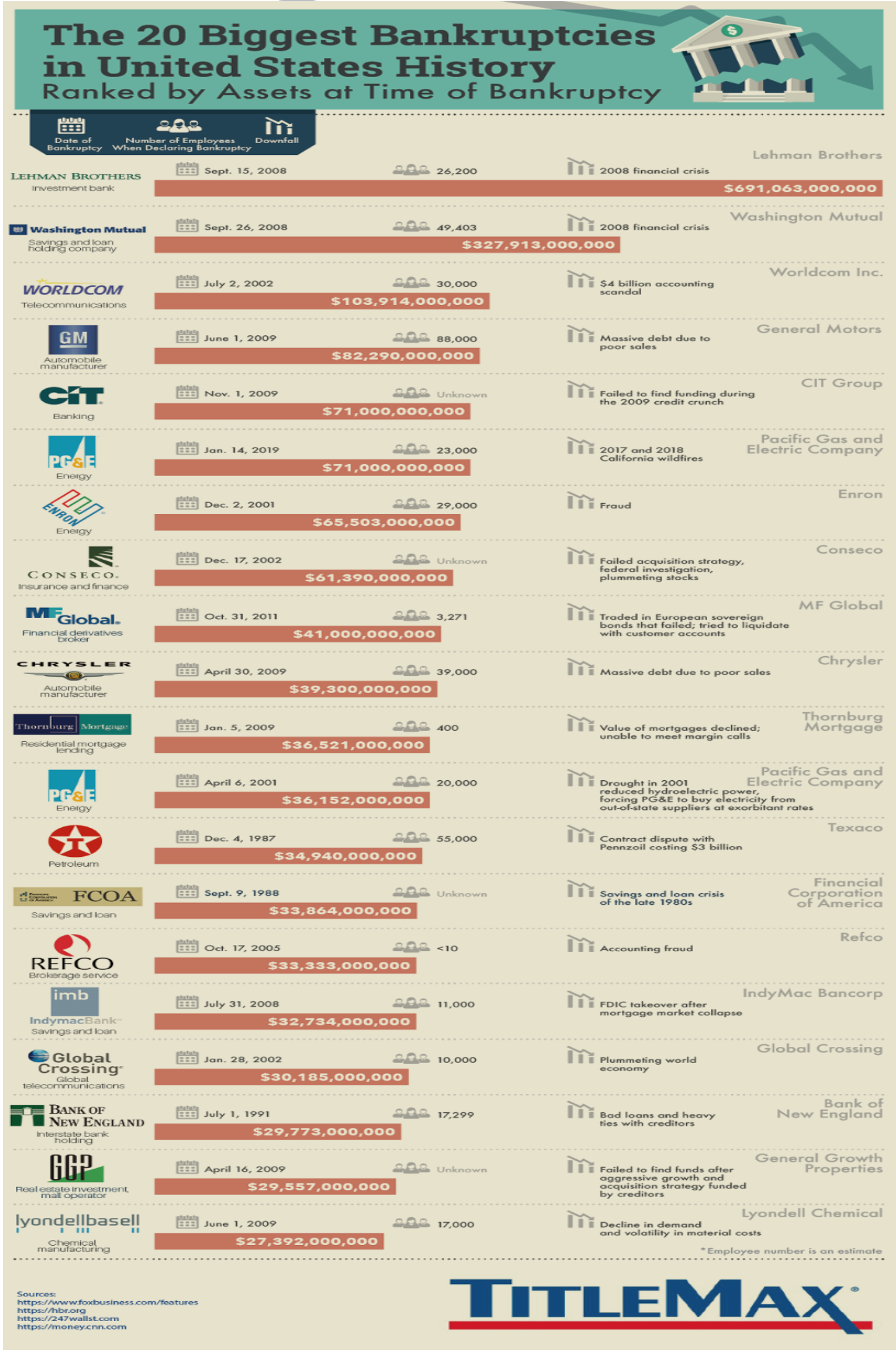 The infographic organizes the data by company name, the date of the bankruptcy filing, the number of employees at the time of filing & the reason behind going broke. The assets valuation is not inflation adjusted, skewing the list towards more recent events. The overwhelming burden of the 2008 Financial crisis on the 20 biggest bankruptcies is evident from the fact that 9 out of the 20 biggest bankruptcies (45%) were a direct result of the unexpected event. The technological shift (e-commerce) is also putting further pressure on the brick & mortar stores with 38 retailers closing their businesses in the U.S for the year 2017-18.

Another anomaly that stands out in the data is the double entry of Pacific Gas & Electric, a California company which declared bankruptcy first in 2001 & then again more recently in 2019 – first time it was precipitated by a drought, limiting hydroelectricity generation forcing the company to import electricity at unsustainable prices, while this year the massive liabilities burden from the wildfire caused the company to file for Chapter 11 bankruptcy protection. Just goes to show you can cover all your basis with the best risk avoidance techniques & one black swan event like the 2008 Financial crisis can wreak havoc with your plans.

Faisal Khan Faisal is based in Canada with a background in Finance/Economics & Computers. He has been actively trading FOREX for the past 11 years. Faisal is also an active Stocks trader with a passion for everything Crypto. His enthusiasm & interest in learning new technologies has turned him into an avid Crypto/Blockchain & Fintech enthusiast. Currently working for a Mobile platform called Tradelike as the Senior Technical Analyst. His interest for writing has stayed with him all his life ever since started the first Internet magazine of Pakistan in 1998. He blogs regularly on Financial markets, trading strategies & Cryptocurrencies. Loves to travel.
« What’s New & Interesting in Crypto Trading?
How Long Can the U.S. Bull Market Last? »