What Indian Traffic has in Common with Conversation Designing 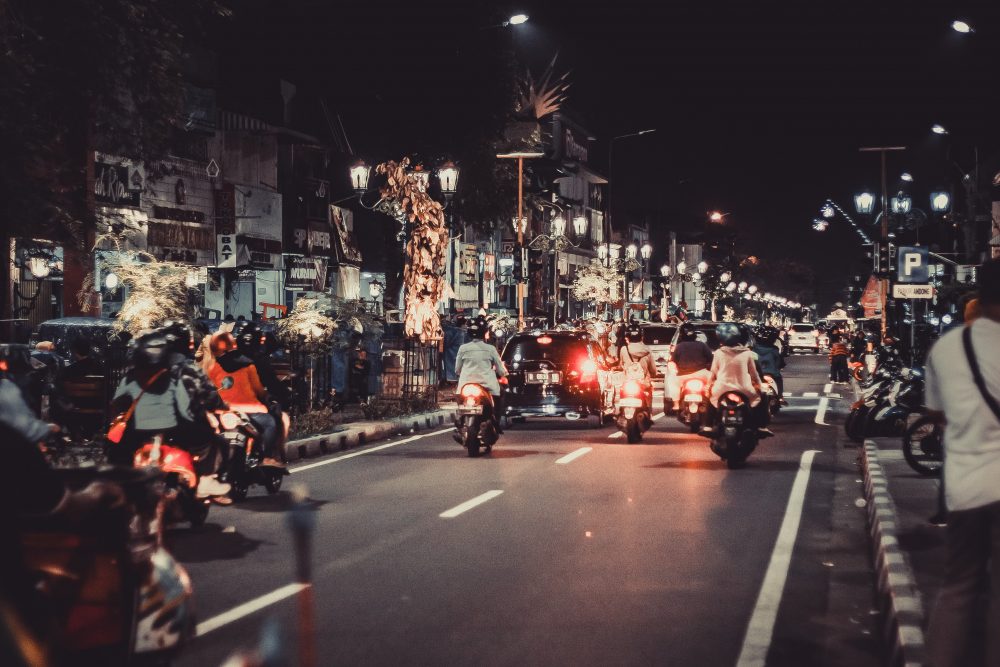 Indians and traffic jams have a close relationship with each other. To Indians on a busy street, traffic feels like a living ecosystem that thrives on the roads each day. Chaos on Indian roads have a pattern, that can teach a great lot about Conversation Designing. It is such weird and interesting at the same time that even a traffic jam can tell something about patterns and logical interpretation.

The greatest dilemma circulating around this niche market is how to make a Chatbot smart and fully autonomous. Every Chatbot is given a name to imitate some human personality, which raises the question of artificially build sentiments and its impact. No matter how smart a chatbot becomes, there is always a factor of controlled judgment, sentiment moderation, maintaining efficiency, solution reliability, and customer satisfaction.

A traffic jam on Indian road barely follows rules. Tailgating, unwanted honking, dry lane changes, and two-wheelers snaking up through the cracks are a common sight. Even in such irregularity, there is a vague pattern followed by the commuters to gain grounds.

Let us start with a common scenario across any traffic jam in the world. The behavior of a 2-wheeler, car, truck and other vehicles (for example autorickshaw) is slightly different in a traffic jam. Now, every vehicle would want to move forward and occupy the gap in front but, variation in size and mobility causes these vehicles to maneuver differently. A vehicle like a bike has a higher potential to gain distance within the traffic jam as compared to a car or a truck. As vehicles start getting heavier, slower will be their gain potential. No matter what the reason for a traffic jam is (red light, accident or congestion), this behavior of the vehicles is common across any Indian road.

If roads are considered as a channel, in this case, a Chatbot or a Conversational AI system and vehicles as packets of information the smaller the packet the higher the chance it will reach the destination earlier. The comfort of seats and AC in a car cannot beat the fact that it will take more time to clear traffic congestion on an Indian road. Shorter sentences with crisp and to the point messages are perceived easily.

This information matters in the Chatbot Industry. This factor decides on the customer journey and measures customer satisfaction. The gain potential to successfully convey the information to a customer depends on how easily the conversation can fill the hidden meaning of the user. The conversational design should be such that it feeds the gap in a question by not only answering it perfectly but also exciting the end-user to remain engaged in the conversation. Lined up cars on a heavy traffic intersection is an opportunity for bikes and scooters to find gaps and occupy it. Conversational hurdles work in the same way. These conversational hurdles can in the form of Lengthy answers, Unstructured data, unengaging responses. Smaller packets of information are easier to deliver and interpret.

Every day the route to work is the same. But, points at which a person is stuck in the traffic is different. Even though the area of traffic congestion would be fairly the same but not the exact point of chocking vehicles. The mental framework of people stuck at these various points is to wait for the vehicle in front to move or give passage to change lanes. One cannot decide beforehand as to in what way it will move through the traffic. The point here is every day each vehicle has to proceed forward in a different way with various speeds on the same patch of road to clear the same traffic jam.

The conversational design has a similar impact. A customer can ask the same query in multiple ways on multiple days with the same intention of getting his or her problem resolved. While designing the conversation for that particular query, there should be multiple hit areas where the chatbot makes the user convinced that it has understood the context. But why does it matters? Let’s understand with a simple example.

A user asks: I want a perfume. The chatbot is fed with the answer: We have the following perfumes in our stock and then the list. Another person asks: Do you have any good perfumes? The answer to this question is the same as that of ‘I want a perfume’. But, what if the Conversation AI answers: We have some of the best perfume that you might like, followed by the list. A small change in the approach makes it much more appealing for a customer to stay engaged in the conversation with the chatbot. This is the beauty of constructive randomness.

When a chatbot picks up on the exact deviation of a query, the entire conversational experience feels like talking to a real person. There is a huge role played by Machine Learning and Natural Language Processing that can make this experience possible. Approaching a query in the way it has been asked decides the smartness of a chatbot. It’s like saying “Beating someone on their game with their props”.

Let’s again get back to the scene of traffic jams on the Indian road. A person is stuck on his bike among other cars and vehicles. He sees another bike in front of him ahead of, let’s say, 4 cars. Right at this moment, his mind involuntarily tries to draw a pattern among the road gaps to reach to that bike in front. Or if he sees another bike crossing him while maneuvering through the gaps, he will impromptu follow his or her lead. The effect of following a lead is somewhat there with cars as well.

There is a big business value attached to this phenomenon in conversation writing. If a customer cannot lead the conversation, then the system should. This is a classic thumb rule in the industry. There shouldn’t be any point of stagnation in the conversation. As we all know, attention span, nowadays, is very less and people won’t wait at a particular junction if there is no scope of a fruitful conversation ahead.

It is very important to understand the effect of real-life problems and how it can lead to a better explanation of a system, here which is a chatbot or Conversational AI. This article gives a vague similarity of two very different phenomena but nonetheless, they are relatable in some way.

Sourav Biswas I am Sourav Biswas aka Teddy, from India. I am 2016 pass out Electrical Engineer. For the past 10 years, I had a profound interest in writing. Initially, I was involved in creative writing and poetry. I am also an author of two books, one a poetry book and another is a photo journal. My professional career started as a freelancer. Parallelly I used to write for different magazines and journals. Since 2018, I am working as a full-time Conversation Bot Writer and Conversation Designer with Senseforth AI, based out of Bangalore. I am also the owner of a website called GlobalCultureProject.com Apart from writing, I love cooking, meeting new people, experiencing different cultures and photography.
« Build Branding for the Ages
AI: Future Health’s Lubricant »