Small-cap ($300M — $2B USD market cap) stocks provide immense opportunity to outperform the general index because bigger managers move to large-cap stocks where more capital can be put to work. This leaves many opportunities in the small and micro-cap space. This is something I experienced from my time working for a variety of fund managers, from a $10B+ long/short equity fund, a $1B activist fund, and a $50M small-cap fund.

The company is currently trading at a massive 30% discount to the value of its net cash and investment portfolio. By buying at the current price you effectively 1) own the current net cash position at 70 cents on the dollar, and 2) get its operating businesses for free, all of which generate stable free cash flow.

Lanyon Asset Management, a $400M Australian hedge fund, has reached a similar conclusion with a price target of $25.5 and valuing just the Western Harbour Tunnel at 70% of the current share price — the same as the valuation arrived here.

The Cross-Harbour Holdings Group (“CHH”) is a Hong Kong-based investment holding company founded in 1965. The company’s key assets are its large net cash and investment portfolio, and its 50% ownership of the Western Harbour Tunnel Company (“WHT”). The company’s other operating businesses are the driving school Alpha Hero Group (“AHG”) and road toll collector Autotoll.

All dollar values mentioned going forward are in HKD thousands unless specified otherwise. Links to their annual reports can be found here and here.

I want to start out by addressing the biggest question — why is it trading at such a large discount and what is the catalyst for it to reach its fair value? CHH’s unwinding of a complicated share ownership structure makes room for stronger corporate governance and shareholder activism, materially increasing the likelihood of CHH reaching its fair value of $23 / share. Even if the market does not realize its fair value, there is a substantial margin of safety.

CHH is controlled by Chinese billionaire and chairman Cheung Chung Kiu (“C.K. Cheung”). Through a complex holding company structure, he owned just 6.5% of the shares but controlled 41.7% of its voting power. This posed a risk to outside investors in CHH. For example, he can self-deal by buying out one of his other companies for a high price, effectively transferring wealth from other CHH shareholders to himself. Another risk is that allocation of its large cash and investment portfolio is up to the sole discretion of C.K. Cheung.

This had the effect of bringing C.K. Cheung’s effective control to 6.5%, in line with his true economic ownership. Y.T. Realty’s official statement for the special dividend was “streamlining of the Group’s business activities” and to allow Y.T. Realty shareholders “flexibility to determine the level of their participation in investing in CHH at their own discretion.” My guess for the real reason is C.K. Cheung’s interest in pushing the shares towards fair value. This is somewhat reminiscent of Blackstone’s change in structure from a LP to a corporation this April, allowing greater liquidity and transparency. Blackstone’s value subsequently rose 20%.

As expected, the company quickly saw shareholder activism from Lanyon Asset Management last month in June 2019. The fund is now the second-largest shareholder of CHH and has called it the cheapest infrastructure company in the world. Lanyon claims that CHH suffers from weak corporate governance and unsophisticated capital allocation.

The Western Harbour Tunnel is one of three undersea tunnels that connects Kowloon to Hong Kong Island. In addition to these three tunnels, there are two metro lines that passengers can take. CHH owns 50% of the tunnel and has rights to operate it from 1993 to 2023, after which ownership is transferred to the Hong Kong government.

The WHT is essentially a regulated monopoly with net profit margins of ~60% that pays out massive free cash flow with minimal capex requirements, while raising prices every year. All debt incurred to build the tunnel has been paid off, and 100% of the profits are distributed as dividends. There has been pressure within the government to lower prices of the WHT and increase prices of the other two government-owned tunnels to spread traffic more equally among the three tunnels. However, these proposals have failed to pass legislation. Even if such regulation goes through, the returns of WHT are guaranteed by a minimum ROIC that the government must compensate WHT for if there is government intervention.

Only four years are left for CHH to enjoy this monopoly before ownership of the tunnel transfers to the government. Discounting the expected free cash flow by 10% results in a value of $2.87B HKD for the tunnel ($7.7 per share value), or 70% of the current market price of CHH. Interestingly, Lanyon Asset Management arrived at the same conclusion last month, saying that “Cross-Harbour’s stake in the tunnel operator accounts for about 70% of the current share price.”

In early June, Lanyon Asset Management made a cash offer to acquire CHH’s 50% stake in WHT for $2.75B HKD (approximately our calculated fair value), or 3x the carrying value on CHH’s balance sheet. This acquisition would have guaranteed the acquirer a riskless 10% IRR. CHH rejected this offer on June 11, 2019.

Alpha Hero Group is a driving school 70% owned by CHH. It is an extremely profitable business with a return on invested capital (ROIC) of 34% as of 2018, and profit margins of 30%. However, there is no clear moat and is a low barrier-to-entry business. This has played out historically: the business earned 38% margins in 2013 but has suffered a 2% reduction in margins every year and today earns a net profit margin of 30%. Historically, the company distributed out most of its earnings as a dividend, but recent initiatives to grow the business has led to reinvestment of profits. This is seen historically in a 90% dividend to net profit ratio in 2013, which has fallen to 75% today. I assume conservative measures in valuing the business going forward:

Autotoll is an electronic toll collector covering eleven roads and tunnels in Hong Kong, with 43% of licensed vehicles using Autotoll tags. CHH has an effective 35% ownership in the business. There is not much disclosure into the financials of the business, but it is a stable cash-generating business and I assume a conservative 10x earnings multiple to arrive at a value of $147M HKD. It is a small part of CHH, worth just $0.40 per share value.

The remaining assets of the CHH holding company can be valued as the sum of three parts — its investment portfolio, cash balance, and other (overhead expenses and fee revenue).

50% of this portfolio is in publicly traded equities on the Hong Kong Stock Exchange where fair value can be immediately assessed. More than half of this is in two stocks — Evergrande Health (HK:708) and China Evergrande Group (HK:3333) — and represents 27% of the entire portfolio.

Compared to its cost basis, CHH has realized a 9.0x and 4.3x return on these two stocks in just 2–3 years. This leads me to believe that C.K. Cheung’s has access to high-quality deals through his political and business connections in China. This translates to profitable investments for CHH shareholders. Here is an excerpt on C.K. Cheung from a South China Morning Post article:

Cheung has cut a high profile in investment circles in Hong Kong by taking so-called cornerstone positions in initial public offerings as well as buying property. He has even been dubbed Chongqing’s Li Ka-shing. He is regularly seen at IPO presentations for investors with flamboyant tycoon Cheng Yu-tung, formerly chairman of New World Development and ranked by Forbes as Hong Kong’s fourth-richest man, as well as Joseph Lau Luen-hung, chairman of Chinese Estates. In 2009, Cheung showed up at the IPO roadshow of Guangzhou-based Evergrande Real Estate Group with Cheng Yu-tung and Joseph Lau, ahead of Evergrande raising HK$5.56 billion on the Hong Kong stock market.‘The trio is no stranger to lunches where investment bankers present the listing candidates’ background to draw support from tycoons,’ said a banker involved in the deals. Source

The company has a large net cash balance of $1.27B HKD sitting on its balance sheet. It is up to C.K. Cheung to decide how to allocate this capital, which is a risk and a reason the company trades so cheaply. However, more efficient capital allocation may come with the new control structure. I suspect Lanyon Asset Management will push for efficient capital allocation and corporate governance at the company.

I apply a 10x multiple to the administrative cost of running CHH for a value of -1.48B HKD. Finally, I add in the management and consultancy fees CHH receives from WHT and Autotoll, which is a minimal $145M HKD. The combined amount results in a $1.3B HKD ($3.6 per share) reduction in the value of the company.

This a huge area of potential improvement in the company as much of this expense can probably be cut. For example, the company has a $122M HKD (~$15M USD) yacht on its balance sheet that has nothing to do with the business. While I have not factored in the potential upside from cost-cutting initiatives in this valuation, I estimate such cost-cuts could add up to $2 per share in value.

Below is a summary of the valuation, reprinted from the first page.

C.K. Cheung has been actively buying shares traded on the public exchange, and has purchased half of all shares traded between May and June 2019, and continues to add to his position this month of July (Source)

I would not be surprised if he is contacting other shareholders to buy out their stake in a private transaction.

Developments this past month have been an interesting positive for the company, with Lanyon Asset Management now the second-largest shareholder and showing interest in taking an activist role. The change in a control structure and accompanying shareholder interest will likely bring a re-rating to the stock, with ample downside protection through the value of its cash and investment portfolio.

The company trades at an incredible discount today at $11. By buying shares at $11.00, you are paying for just the operating businesses, and getting CHH’s entire cash balance and investment portfolio for free. With what I believe to be conservative valuation, there is a 100%+ upside at a price target of $22-$23. 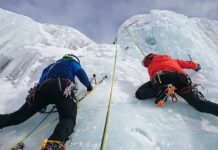 Why Is That Entrepreneur Raising So Much More Than Me? 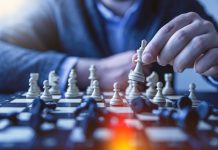 What Repo Market Injections Say About the Economy – Follow the Breadcrumbs

Who wants to live forever?

Introduction to Time Series Forecasting of Stock Prices with Python

8 questions about the digital transformation investors should get answers from...