Are You Ready for the Periodic Inflection Point? Part 2 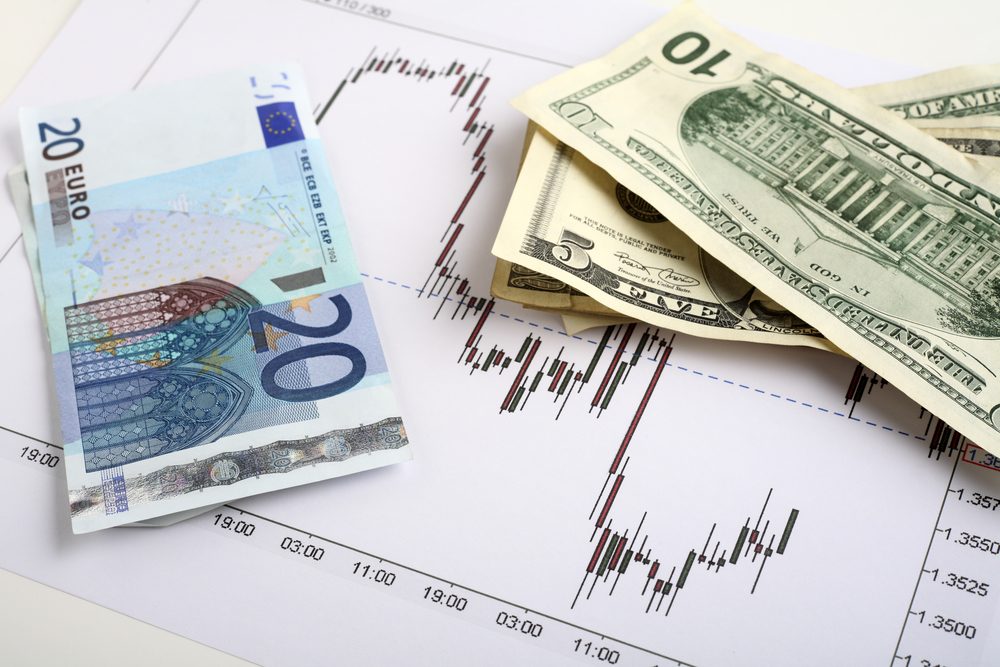 We discuss about the irreversible factors in global cycles and their drivers. We then discuss the risk aversion cycle and hedging, and how Bitcoin is becoming the Alpha of hedging assets.

In Part 1, we discussed about cycles and their relation to the pendulum and positive/ negative feedback. We also introduced Howard Marks’ pendulum theory and Soros’ reflexivity theory. Lastly, we discussed the inevitable historical cycle of globalization and deglobalization.

“Reversibility” is the fundamental characteristic in cyclical phenomena. However, the development of the world is also steadily driven by another kind of irreversible force.

Among these irreversible drivers, the most obvious one is technological innovation. The emergence of new technology has truly changed our lives, which historians term it the “industrial revolution”. But don’t forget that humans need time to adapt to new technologies.

Adaptation Process During the First and Second Industrial Revolutions

Before the beginning of the globalization wave in 1850, the first industrial revolution had just ended with large-scale factory production replacing manual production. This was the first time that science and technology had a large-scale impact on people’s production and lifestyle. Important technologies in the textile industry, steam engine, iron and steel production methods have been applied on a large scale.

Thereafter came changes in the relations of production. The concentration of production had replaced the original mode of apprenticeship workshop by big factories. Standardized production brought about cheap products, depriving more and more handicraftsmen of their income.

What impact will the concentration of production have?

The impact was that resources were concentrated in a few people, and the gap between rich and poor has widened considerably. People were also divided into the capitalist and working class, which was also the core conflict from 1850 to 1914.

Rich getting richer, The New Yorker

Such conflict did not exist before the Industrial Revolution. People were unable to find an appropriate way to deal with the huge changes in the mode of production brought about by the industrial era. 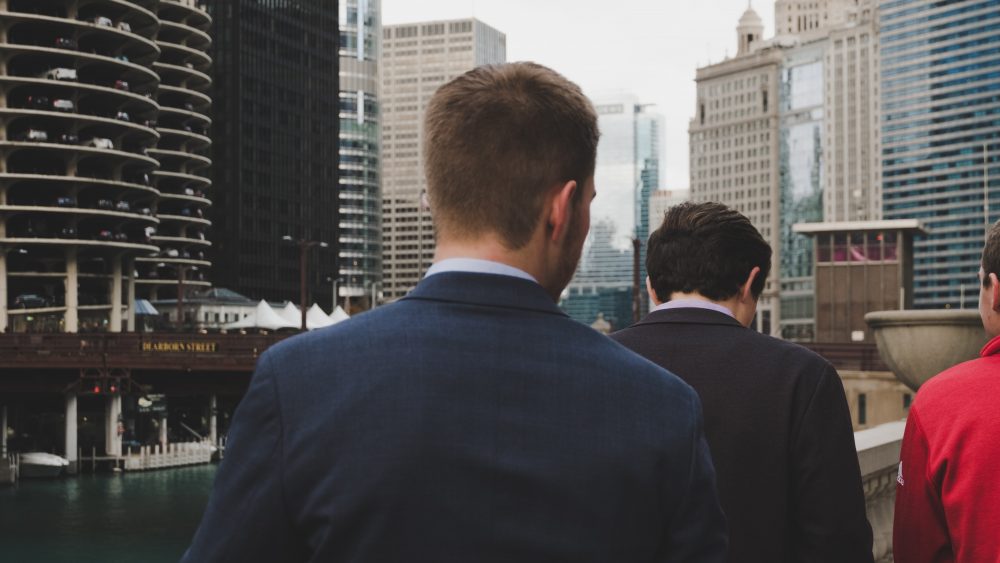 Later, after the two World Wars and the Global Financial Depression, people gradually adapted to the results of the First and Second Industrial Revolution. The greatest characteristic of this adaptation is the rise of the middle class.

In an article commemorating Roosevelt, Clinton wrote that “Roosevelt’s New Deal really allowed the establishment of the middle class”. For a long time, America’s prosperity was based on the growth of this middle class.

Objectively speaking, the expansion of the middle class represents human’s complete adaptation to the First and Second Industrial Revolutions.

How Do We Cope with the Third And Fourth Industrial Revolutions?

The development of science and technology is self-reinforcing. With the rapid development of new technology based on existing technologies, the third industrial revolution (digital revolution) has quietly taken place and ended. From machinery to digital circuits, the level of mechanic automation has been improving continuously. The Fourth Industrial Revolution, or Industrial 4.0, is also advancing rapidly with the core being the realization of industrial intelligence.

When we see unmanned factory, unmanned kitchen and unmanned supermarket appearing, it is inevitable to centralize production again. At the same time, Big Data resources have landed into the hands of a few technology giants, resulting in resources being further concentrated.

The unmanned factory brought by Artificial Intelligence makes people feel useless for the first time. In the First and Second Industrial Revolution, although machines could replace people for the majority of the work, they still need professional personnel to deal with complex situations. Machines are just heavy tools, the world was still dominated by smart people.

However, the ability of humans that we have been proud of has also begun to face unprecedented challenges in the context of automation and Artificial Intelligence. In “A Brief History of Tomorrow”, Israeli historian Harari points out that it is inevitable that a great deal of work will be replaced by intelligent machines, and that billions of people will become the “useless class”.

A Brief History of Tomorrow, Amazon

The predictions are alarming, but not unrealistic.

Machines have begun to replace human beings, becoming the main body of production (labor). Its direct result is that people with resources can achieve further wealth accumulation through these “smart machines” instead of through other people. Old relations of production will be replaced, but where is the new production relationship? Nobody can give a definite answer right now.

The adaptation process will be long, and everything has just begun.

The deglobalization cycle is already on its way and human beings’ adaptation to the Third and Fourth Industrial Revolution has just begun. Production is once again concentrated, and production relations will change again.

What does all this mean?

In our last article by Tony Tao, “An Observation on Crypto Cycles | Is there still a Future for the Token Economy after Entering the New Cycle”, we mentioned that “prosperity and hope are mainstream factors that drive the world’s development, but they are also cyclical. The trend now is that the pendulum is moving towards conservative hedging and has not yet come to an end.

In the sentiment pendulum, hype and hedging are at extreme ends. Hope and dream drive the hype cycle to the extreme, while the hedging cycle is driven by the sense of security and the pursuit of certainty. 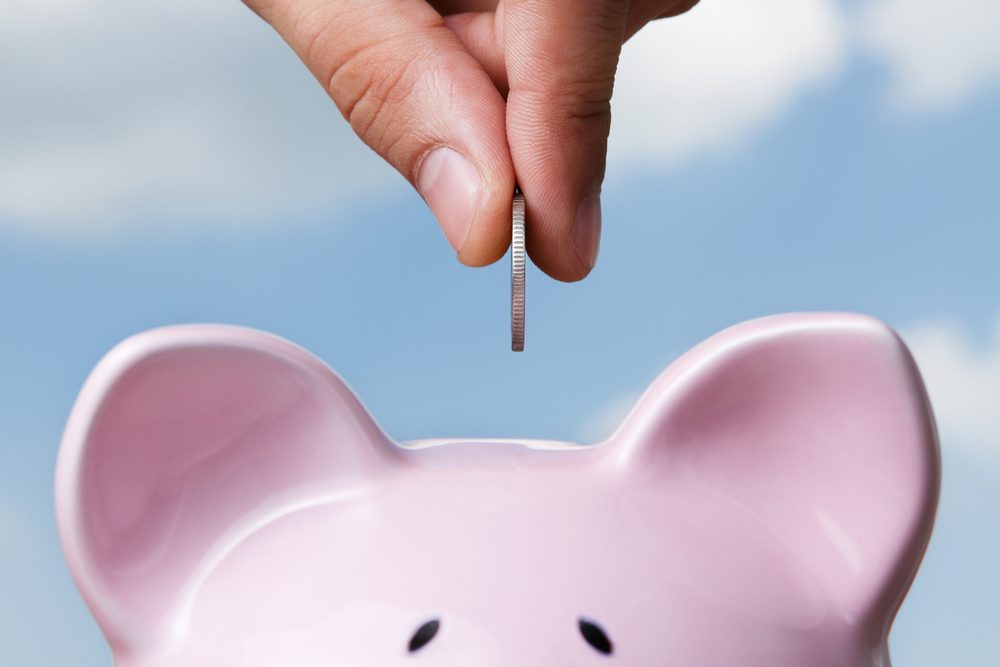 In the trend of deglobalization, more people need a global deflationary asset to act as hard currency. Compared with hopes and dreams, human beings’ need for security are more instinctive and urgent.

There is always ebb and flow, and the tides are ebbing. We need to be prepared.

To discuss hedging, we need to understand assets and liabilities first.

In an economy, one person’s liability is another person’s asset. With the economic development and the widening gap between the rich and the poor, some people are overburdened with debts and are unable to repay them. This results in bad debts, which translates to a higher overall risk for the economy.

As a result, external forces are needed to reduce this debt and average it out to make the economy more stable. However, the cost of averaging out is that some debt needs to be discharged, which will damage the rights and interests of creditors.

Direct debt reduction can damage the credit system itself. Hence, an appropriate way may be to use the method mentioned by Ray Dalio: “debt monetization” – diluting some of the debt. To hedge is to avoid such passive “subtraction”. Frankly speaking, hedging is an effort made by the rich to avoid their assets being passively deducted.

Due to the fact that all countries are facing the problem of resource centralization, the monetary policies of all countries are pretty much the same. In that case, having a global deflationary asset to act as hard currency is the best way for the rich.

Bitcoin: the Alpha of Hedging Assets

Gold is the preferred safe-haven asset at present.

Many people have a misconception, thinking that gold should be “stable” and that bulls last long and bears are short. In fact, gold is the opposite of these two attributes. Not only does gold have high volatility, but the cyclical trend of gold fluctuation is also pretty obvious. The bull market lasts shortly and the bear is long. This is also in line with the fact that people’s mentality of risk aversion is always radical and relatively unsustainable.

We believe that hedging assets should have intrinsic certainty and high external liquidity (high acceptance).

The driving force for hedging comes from uncertainties in the market and the political environment. When this uncertainty is understood as the source of possible threats and destructions, the pursuit of certainty comes into focus

In times of prosperity, uncertainty is understood as an opportunity; but in hedging, certainty (the resources at hand) is more needed. Therefore, an asset with certainty will be the ideal target for the rich.

So how can we have this intrinsic certainty?

Clear measurement, a perfect confirmation rights process and predictable supply are indispensable. The calculation of gold is based on the physical properties of the metal itself, while Bitcoin uses distributed ledgers to make the measurement completely transparent, open and accurate. When counting gold, no one knows how much gold there is, which increases uncertainty, while Bitcoin has perfectly solved such an uncertainty.

An important event in 2019 is the newBitcoin Network Hash Rate high (i.e. computing power). This greatly increases the stability of the Bitcoin network and makes the advantage of Bitcoin as a hedging asset more prominent.

The biggest change in Bitcoin in 2019 was its widespread recognition and acceptance. Although each country has different opinions and legal definitions on various kinds of tokens and digital currencies, there is a consensus that Bitcoin is an asset.

All the legal work in the United States is to promote access to Bitcoin and other digital currencies on the operational level. Since it is an asset, it should be taken seriously and properly allocated. At the liquidity level, the growth of Bitcoin derivatives and the introduction of legal exchanges, especially Bakkt, are in the testing process and will be launched soon.

The Bitcoin market as a whole is well developed with sufficient liquidity. All these signals point to a more deterministic future of the asset.

This is our recent observation and reflection on the whole market. Being in such a market, we are bound to experience cycles after cycles, which bring both risks and opportunities.

The more immediate question for everyone is “how should I deal with it?” Only those who keep fighting bravely can survive. Once the cycle starts, it won’t stop easily.

Nathan Chen Nathan focuses on token economics, decentralized autonomous organizations and is an evangelist of open finance. He has a long investment track record and was one of the early core members and senior analyst at NEO Blockchain. He currently leads the token analyst team at X-Order.
« Bridging the Cryptocurrency Divide: A Challenge for Communications Professionals
When is Entrepreneurship Close to Delusion? »