5G is Coming (Really): The Slow Rollout of a Speedier Network 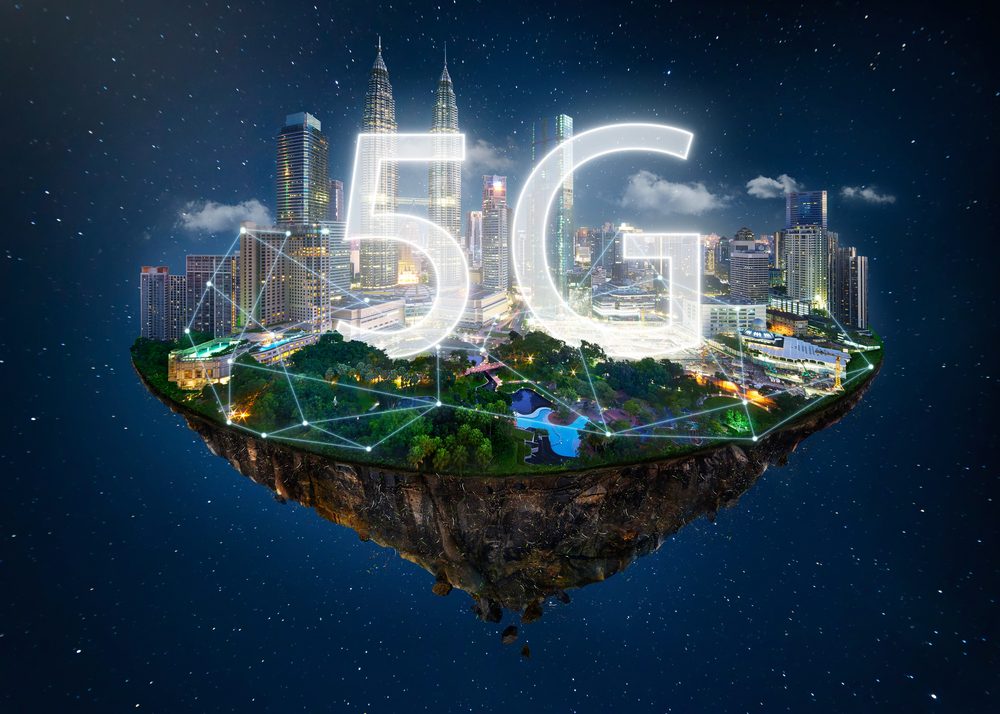 To date the promise of 5G — shorthand for the fifth generation of wireless networks — has exceeded the reality. That, however, is changing, with news that all the telecom giants are in the process of rolling out 5G technology (or soon will be), with the expectation of a substantial breakthrough in 2020.

The full potential of the technology will be explored in subsequent years, but the predictions are that it will represent a quantum leap beyond that which is in place at present. One report went so far as to state that 5G will deliver data at a speed 100 times greater than 4G — that you will be able to download a two-hour movie in 3.6 seconds, as opposed to six minutes for 4G.

Such speed means minimal latency — i.e., a command is almost instantly executed — which has massive implications for the Internet of Things. Smart homes will become smarter. Smart cars will finally become a reality. A piece in the April 26 issue of the New Yorker ventured even beyond that, pointing out that smart weaponry and remote surgery will enter the realm of possibility, and another report noted that augmented reality glasses and virtual reality headsets will likely go mainstream as well — so much so that it’s possible to envision them supplanting smartphones as preferred everyday devices.

Then there is the big-picture impact of 5G. It is expected to add $12 trillion to the worldwide economy between now and 2035. That includes some $3.5 trillion in the U.S., where it could also create as many as 22 million jobs.

A memorandum issued by President Donald J. Trump in October 2018 underscored the urgency of getting 5G up and running:

“While American industry continues to extract greater and greater value from spectrum, each technological leap also increases demands on its usage. Those demands have never been greater than today, with the advent of autonomous vehicles and precision agriculture, the expansion of commercial space operations, and the burgeoning Internet of Things signaling a nearly insatiable demand for spectrum access. Moreover, it is imperative that America be first in fifth-generation (5G) wireless technologies — wireless technologies capable of meeting the high-capacity, low-latency, and high-speed requirements that can unleash innovation broadly across diverse sectors of the economy and the public sector.”

Nine months earlier Axios had obtained a National Security Council memo that outlined the need for a nationwide centralized 5G network within three years — i.e., by January 2021 — though the memo stopped short of sketching out how such a network would be built or funded. Likened to the National Highway System constructed during Dwight D. Eisnehower’s time in the White House, this network is viewed by the federal government as a necessity because of the inroads China has made on the 5G front, and what that might mean for national security.

At present, the Chinese company Huawei is the global leader in 5G technology, as it controls 30 percent of the telecom market. The U.S. government, suspicious that that company might have ties to China’s intelligence community, has banned Huawei’s hardware from domestic networks. Japan, New Zealand and Australia have followed suit, but the European Union has declined to do so. So too has Canada, the argument being that such a ban does not solve any potential cybersecurity issues — that Chinese software is still in use, or can be reprogrammed remotely by an enterprising hacker.

In the meantime, the major U.S. carriers charge ahead on the 5G front. AT&T began offering it to select customers in 12 cities in December 2018, and expanded it to nine others in 2019, in hopes of having a nationwide network by 2020. (The company was, however, roundly criticized for relaying a “5GE” logo to its customers’ phones, which means “5G Evolution” — i.e., expanded LTE technology — not that they were receiving 5G service.)

Verizon is hoping to have mobile 5G in 20 cities by the end of 2019, while Sprint expects to be in nine by mid-2019. T-Mobile is also aiming to begin laying the groundwork for a nationwide network late in 2019.

The onset of 5G brings with it the need for new, pricier phones. The Moto Z3 was the first to hit the market, though it will need the Moto Mod, which attaches to the back of the phone, to access a 5G network. Next was the Samsung Galaxy S10 5G, which was scheduled to be released by Verizon in May 2019, the other networks a month later. Sprint will also introduce the LG V50, and Huawei is (naturally) among those companies releasing phones outside the U.S.

The stumbling blocks associated with 5G’s release include the limited range of the bands most U.S. carriers favor, known as millimetre waves. Verizon’s range was found to be just 300 feet in Chicago, while AT&T’s was 600 feet in Dallas. This will likely necessitate the introduction of some 300,000 new cell sites throughout the U.S., in addition to the 150,000 existing cell towers. And that in turn has led to health concerns, considering the low-level radiation such devices emit.

Others have noted the surveillance potential of such relays, which China has notably used for sinister purposes. And finally, there is the concern about 5G’s limited reach into rural areas. A telecom company known as Rivada Networks hopes to exploit that market, having proposed a partnership with the U.S. Department of Defense for use of its seldom-used spectrum.

Under Rivada’s plan, it would monetize the network (to the tune of $3.5 trillion, according to the company’s estimates) and share the proceeds with the government. As of late May 2019 nothing had been finalized, and Rivada had been rebuffed in an earlier bid for the First Responders Network Authority (a.k.a., FirstNet), which falls under the auspices of the Department of the Interior.

The point here is that a great many parties see the potential of 5G. Now it’s a matter of fully realizing it.

Marc Weisberg Marc Weisberg is a Managing Principal of Soho Investment Partners, based in New York City. Weisberg, who previously spent a significant amount of time in the telecom, media and technology (TMT) industries, is now focused on a more diversified approach which includes investments in cyber security, oil and gas, app development and distilled spirits. Throughout his career, Marc Weisberg has always followed three guiding principles: respect for those individuals who have helped support and educate him, passion for learning new industries which enable him to pursue a diverse investment portfolio, and an enduring appreciation for experiences gained through every interaction. One of his personal mottos is to trust your gut … always.
« Matrioshka Brain – The Ultimate Intelligence
What’s the Word for Success? »