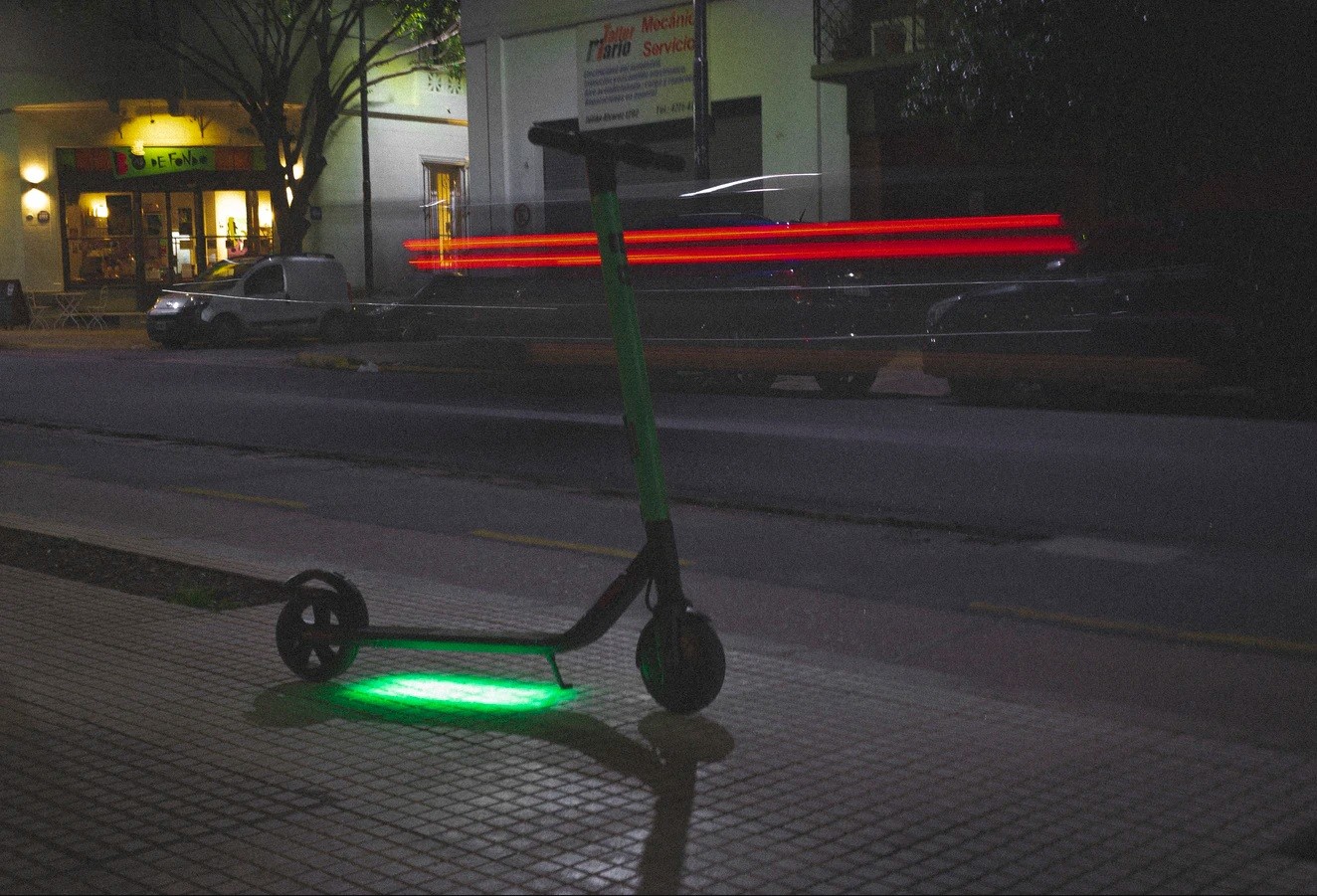 From an unprofitable company to data mogul

If you live in a big city, you might have noticed the arrival of weird new vehicles: electric
scooters.

If you’re over 40, you might have been annoyed by all these 20-something, wearing hemmed jeans, with wireless Airpods and a helmet carelessly cruising the streets on their rented scooters: it’s called millennials.

You also might have wondered if they are going to disappear at some point…
Guess what: it won’t happen.

The youth love them for the fun, the hype, and also because it’s a very convenient way to
get around the city, especially for ‘last-mile trips’.

The new era of micro-mobility.

Lately, discussions around environment and sustainability have been in the centre of
debates. In big cities, car usage is pointed out, and municipalities started to re-design urban mobility for bikes and public transportation.

In Paris for instance, the major launched a few years a “go-green” policy: heavy road-works started to build bike-lanes, easy access to buses, etc. One Sunday in a month, cars are not even allowed to drive in some parts of the city, letting pedestrians enjoy large spaces to walk. In this context, some new players developed and changed the urban landscapes: free-floating vehicles.

It all started with dockless bikes such MoBike, the trendy grey bicycle with orange wheels,
and then arrived the electric scooters in 2017: Lime, Bird, Circ, Wind, Hive, and a few more
invaded the streets, without any authorization from cities. Most of them come from hipster
Silicon Valley and San Francisco companies.

They define a very new wave of mobility, especially in towns with heavy traffic.
In Tel Aviv for instance, traffic is everywhere. People get up at 6:30 in the morning just not to get stuck in the traffic when they go to work. Also, public transportation is terrible. I mean TERRIBLE. It makes sense to search for something else to ride around the city.

According to TheMarker, an Israeli daily newspaper, Bird recorded around 25,000 unique
users in October 2018 in Tel Aviv.

That means 1 out of every 20 people residents had already tried it.
The success of the e-scooters in cities is no mystery: they are fast (24km/h top speed),
handy, and quite cheap: 1$ to unlock a scooter, then 0,15$ per minute. Assuming an average ride is about 12 minutes, it costs only 2,80$.

Beyond the hype: the metrics

E-scooters are the new hype. Lime last recorded +100 million rides, with scooters in over 100 cities in 20 countries. Crunchbase reported Bird’s revenue in October 2018 to $250M, far above May, at only $65M.

However, the e-scooter companies — as many fancy start-ups nowadays — seems not to
have found the secret profitability sauce, mainly because of their high fixed costs: scooters
companies get their vehicles between $400 and $600 each, and the average scooter’s
lifespan in about 28 days, making their turnover very high.

According to Crunchbase, repair, charging and regulatory fees added to fixed costs put Bird’s gross margin at 19% only. The same source reported Bird burned $100 million in Q1 2019, while its revenue shrank by $15 million. Even with its new rental programs (rent a Bird for one month) in San Fransisco, the company makes little revenue.

But for now, it doesn’t matter, according to Travis VanderZanden. As any self-respecting
Silicon Valley’s CEO, even though his company is not profitable, he claims that he and his
team ‘are not going to be happy till there are more Birds than cars’.

This case may remind you of WeWork, the giant co-working company, sinking from the
most-valuable tech company in the US to near bankruptcy in only 6 weeks, or even Tesla.
However, it seems like former Lyft COO planned it all…

According to CNBC, tech giants Uber and Alphabet (Google-parent company) led a group of
investors in a $335 million fund in mid-2018. Having Uber investing in a buzzy unprofitable
mobility company is a no-brainer…it started all the same. But Google is more surprising. Let’s see how they really work.

If you think you are doing these companies a favour riding a scooter for a few dimes, you
are probably wrong. YOU are part of their business model.

Whenever you take a scooter to come back home, it tracks your movement.
Interesting, no?

According to Lime’s privacy policy — yes, the ‘I Agree’ blank you checked
without reading — the company requires your location to provide the service. It makes
sense, since locating scooters is paramount to the operating cycle of the companies.

Even more interesting– Lime can share this information with third parties, such as
universities or local government authorities. At this point, one cannot value the data these
companies store, but it makes sense to assume they will find a way to sell it, especially since their business model is not profitable. For instance, South Bend, Indiana, started to analyze this data.

In early 2018, governing authorities asked Lime to share data, which first provided them with spreadsheets. The start-up then launched a browser-based dashboard providing statistics (according to the MIT Tech Review).

South Bend county then used this data as a decision tool, to place new bike-lanes and to
determine the most popular bike drop-off areas.

Same in Seattle, where Joel Miller, head of the city’s bike-share program:‘It will help us
designate [bike] parking and where it might make sense for the city to invest in more general [bike] infrastructure.’

On its side, Lime claims it’s only trying to be a ‘good partner’ to cities. However, some may
raise concerns about data collection: Lime is reliant on Snowflake, a company running its
cloud data warehouse for data storage. If some hackers could breach into their systems,
they may access tens of millions of data points a day

Raphael Hassid Follow I am a French student from EDHEC Business School (Lille, northern France), where I am studying business administration with a concentration in finance. Before that, I studied engineering in Paris. I am currently working as an intern at a real estate promoter in Paris. I work in the financial department, where I study the feasibility of real estate projects (cost for buying, for building, etc.). In the future, I hope to pursue a career in Venture Capital. I am passionate about new technologies, and the VC space seems to be the best opportunity to mix my passion for finance with my passion for technology. Apart from that, I write articles as a hobby. I write about new technologies and finance-related subjects. Soon I hope to found a blog where articles are stored in a blockchain ledger. Therefore, most recently I have been focusing on learning to code using Solidity. As this project develops, I will be sure to update you.
« What’s Your Level? (Level-k Theory Explained)
Using AI To Improve Your Business’ Reputation »